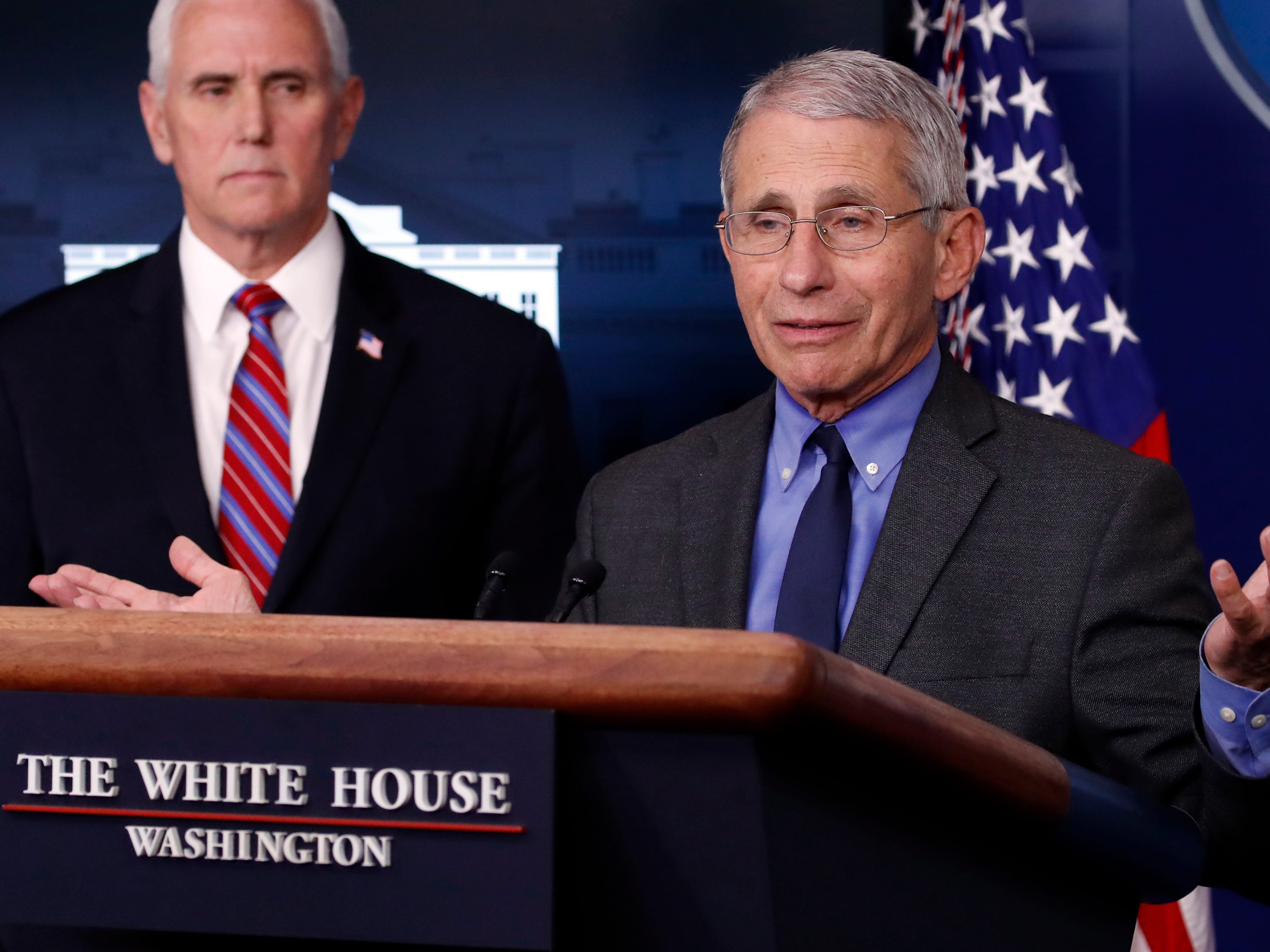 AP Photo/Alex BrandonDr. Anthony Fauci, the director of the National Institute of Allergy and Infectious Diseases.

Every American could have access to a COVID-19 vaccine before the end of April, Dr. Anthony Fauci, the US’s leading infectious-disease expert, told CNN on Tuesday.

On Monday, Pfizer announced that the coronavirus vaccine it had developed with its German partner BioNTech had succeeded in the final stage of clinical trials, marking a major milestone in the global race for a vaccine. The drugmaker said the vaccine was found to be 90% effective at preventing COVID-19.

Without mentioning Pfizer specifically, Fauci predicted that authorities would begin offering a vaccine as early as late November and that frontline healthcare workers would get it first.

“It is likely, though the final determination has not been made, that healthcare providers who put themselves in harm’s way to take care of individuals will be of the highest priority,” he said.

After this, older people and others considered most vulnerable to severe disease would be vaccinated, followed by other key workers. The vaccine would then be rolled out to the general population, Fauci said.

His prediction echoed comments made the same day by Alex Azar, the US secretary of health and human services, who said “all Americans who would want to take a vaccine” would be able to by late March or early April.

Fauci’s views differed from Azar’s, however, on the order of vaccination. While Fauci said frontline healthcare workers would be first in line, Azar said nursing-home residents would get the vaccine in December, followed by first responders and other frontline workers in January.

Fauci also said he was worried that not everyone may want the vaccine. Opponents could include people opposed to all vaccination as well as people alarmed by the vaccine’s unprecedented speed of development.

A concern, he said, “was that we have a lot of people in this country who may not want to get vaccinated right away.”

It may take “well into” the second and third quarters of next year “to finally get people convinced to get vaccinated,” he told CNN.


Read more:
Pfizer’s top scientist tells us the pharma giant is already thinking about a new version of its coronavirus vaccine for 2021 that can overcome one of its biggest limitations

“I’m going to look at the data, but I trust Pfizer, I trust the FDA,” he told MSNBC.

Pfizer won’t decide who gets the vaccine first â€” that’s up to a group of scientists, experts, and authorities, Fauci said.

The Centres for Disease Control and Prevention has the final say, he said, following guidance from its Advisory Committee on Immunization Practices.

The CDC will work alongside the nongovernmental National Academy of Medicine, he added.

A vaccine would “have a major impact on everything that we do with regard to COVID,” Fauci said Monday.