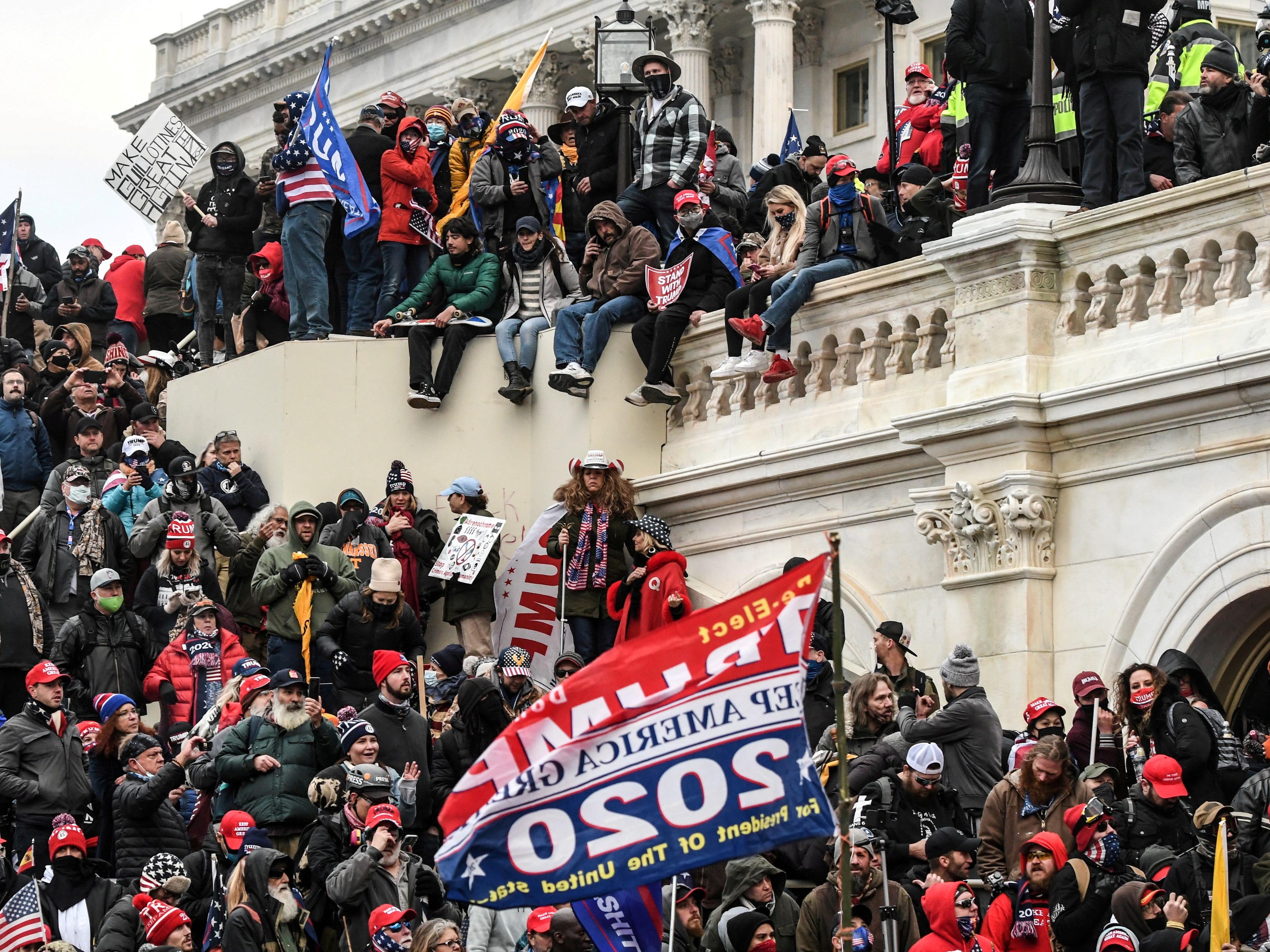 REUTERS/Stephanie Keith/File PhotoSupporters of U.S. President Donald Trump gather at the west entrance of the Capitol during a ‘Stop the Steal’ protest outside of the Capitol building in Washington D.C. U.S. January 6, 2021.

Christian Secor, a UCLA student who espoused far-right and white supremacist views, was charged by federal authorities for his role in storming the Capitol on January 6.

According to court documents, tipsters shared information about Secor, telling the FBI that Secor had gotten rid of his phone, moved into his mother’s basement, and bragged that he wouldn’t get caught.

In total, 11 people helped identify Secor, 22, who live-streamed the breach of the Capitol and was pictured sitting at Pence’s dais during the siege.

According to the Daily Bruin, Secor had been active with the Bruin Republicans as recently as February 2020, which is when the conservative group stated that Secor was banned for “inappropriate behaviour.”

“What I can tell you is that UCLA believes the Jan. 6 attack at the Capitol was an attack on our democracy,” Bill Kisliuk, the UCLA director of media relations, said in a statement. “As an institution, UCLA is committed to mutual respect, making decisions based on evidence and using rational debate â€” not physical violence.”

According to the affidavit, Secor’s hateful views towards immigrants and Jews were well-documented by student groups and on his social media during his time on campus. On Twitter, he lauded the 2017 white supremacist rally in Charlottesville, and called fascism “epic.”

In photos and videos taken during the insurrection, Secor was seen carrying a blue “America First,” flag.

Secor also live-streamed from the Capitol on January 6 under the moniker Scuffed Elliot Rodger â€” a reference to a 22-year-old who killed seven people at the University of California, Santa Barbara, in 2014.

“As a result of Secor and others pushing on the double doors, the doors opened and dozens of additional rioters flooded into the building,” the affidavit said. “The Capitol Police officers were shoved by the crowd, at times trapped between the doors and the crowd, and eventually pushed out of the way of the oncoming mob.”

According to court documents, FBI agents had Secor under surveillance from January 25-28 before detaining him.