The FBI is keeping a close eye on far-right groups like the Proud Boys, Three Percenters, and Oath Keepers as it starts to determine to what extent Capitol siege was planned in advance

Insider videoSeveral members of the Oath Keepers militia are accused of conspiring ahead of the Capitol siege.

As the FBI continues to investigate the mob of crazed pro-Trump fanatics who took over the US Capitol on January 6, investigators are focusing on the role that extremist groups played in organising the terror.

Members of the extremist groups Proud Boys, The Oath Keepers, and the Three Percenters are among the 145 individuals who have been taken into custody since the insurrection.

Three members of the Oath Keepers, one of the largest anti-government militias in the US, were among the rioters to be charged with conspiring to carry out the attack.

The DOJ has accused Virginia resident Thomas Caldwell and Ohio residents Jessica Watkins and Donovan Crowl of communicating on Facebook as early as December 24 to prepare for January 6.

They talked about what hotel they would stay at. Caldwell noted that the Comfort Inn Ballston is a “good location and would allow us to hunt at night if we wanted to,” according to an affidavit filed in federal court.

They freely talked about their “Oath Keeper” mission in posts on the social media accounts.

Their communications continued through the attack.

While at the Capitol, Caldwell received a Facebook message that said, “All members are in the tunnels under capital seal them in. Turn on gas”.

The FBI is using these messages as evidence that the Capitol attack was not simply a spontaneous adrenaline-fuelled siege carried out by men and women playing Army, but rather a planned event.

Michael Sherwin, the US Attorney for the District of Washington, said that determining the level of planning done by extremist groups is a top priority for investigators.

“If you look at social media, you could see a lot of affiliation with some of the protest activity, some of the rioting activity, and it runs the whole gamut of different groups from soup to nuts, A to Z. But right now, look, we’re not going to label anything because everything’s on the table in terms of the extremist groups,” Sherwin said at a Department of Justice press update last week. “We’ll let them label themselves with the evidence. But all of these extremist groups are being looked at in terms of their participation at the Capitol.”

Many of the Capitol rioters made their group affiliations obvious.

Clothing donning “The Oath Keepers” was spotted throughout the crowds.

The Oath Keepers, comprised of mostly former military, vow to protect America from “the new world order,” a future where the government imposes martial law and seizes guns.

One of them, Jon Schaffer, turned himself in to the FBI on Sunday, after he was outed as one of the rioters.

The Indiana musician who founded the metal “Iced Earth” was easily recognised when the FBI circulated posters with his face on it, the Indy Star reported.

Other rioters wore a patch bearing the roman numeral three, a logo for the “Three Percenters.”

This group â€” often heavily armed â€” spreads the myth that only three per cent of American colonists fought to overthrow the British and that they are the true defenders of the US constitution.

Larry R. Brock, a decorated Air Force lieutenant colonel from Texas, was recorded inside the building wearing a helmet and holding flex cuffs. The New York Times reported that Brock was a member of the Oath Keepers and the Three Percenters.

The Proud Boys â€” an international all-male nationalist organisation of people who oppose political correctness and incite violence â€” were also among the crowds at the Capitol.

The Proud Boys claim to be a “drinking club,” but in actuality, they are a radicalisation vector rooted in defending the patriarchy. It also has ties to white supremacy, despite its current leader being Cuban-American.

Nich Ochs, the Hawaii chapter president and failed congressional candidate, was arrested after he posted a selfie smoking a cigarette inside the building.

Dominic Pezzola, a former Marine and Proud Boys member, was arrested after a video of him shattering a window in the Capitol with a riot shield was widely shared online.

A judge banned the Proud Boys leader, Enrique Tarrio, from DC the day before the planned march outside the Capitol. Tarrio, who is accused of burning a Black Lives Matter flag at a historic Black church during a December pro-Trump rally, posed a threat to do it again, a judge found.

Despite being banned from DC, Tarrio didn’t return home to Miami that week. When reached by phone during the Capitol siege, Tarrio told Insider he was in a hotel room in Maryland “not breaking the law.”

Sherwin said that law enforcement is not going out of their way to identify the individuals who have been arrested by the extremist groups they associate with but that investigators are looking at how the groups communicated ahead of the attacks.

He called it a “tier one top priority” for the US Attorney’s office and federal law enforcement to determine whether there was an “overarching command” of the riots.

Plans of violence circulated online through social media and in plain sight for days ahead of the Capitol siege. 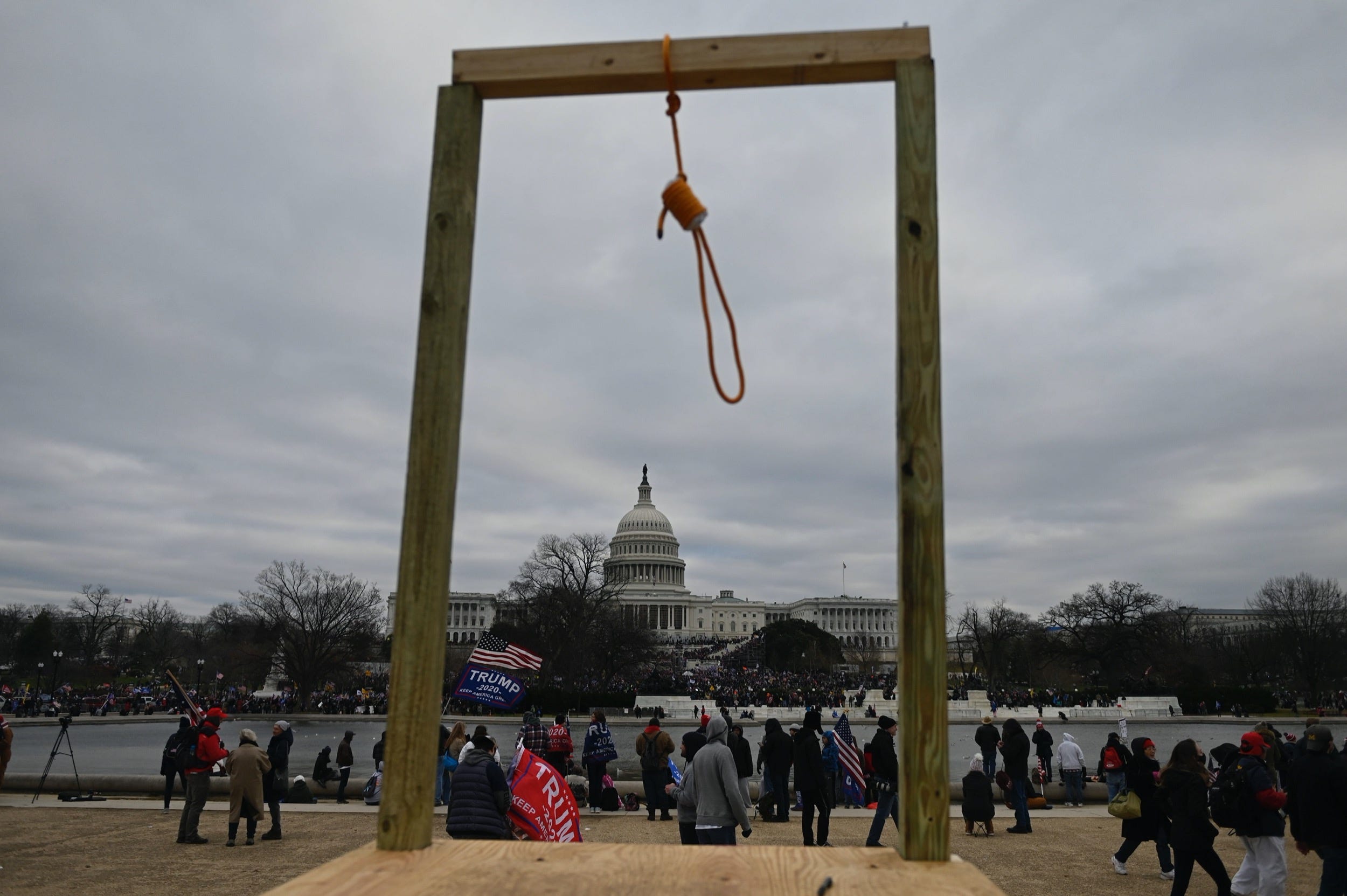 ANDREW CABALLERO REYNOLDS/AFP/GettyThe aftermath of riots at the US Capitol Building.

Being a member of an extremist group is not, on its own, a crime

In the US, belief in abhorrent ideology alone is not a crime, but adherents’ illegal actions can be prosecuted.

“When it comes to domestic terrorism, our investigations focus solely on the criminal activity of individualsâ€”regardless of group membershipâ€”that appears to be intended to intimidate or coerce the civilian population or influence the policy of the government by intimidation or coercion,” an FBI spokesperson told Insider. “It’s important to note that membership in groups that espouse domestic extremist ideology is not illegal in and of itselfâ€”no matter how offensive their views might be to the majority of society. Membership in a group is not a sufficient basis for an investigation.”

The FBI had previously classified the Proud Boys as an extremist group.