10 players who are risky picks in fantasy football 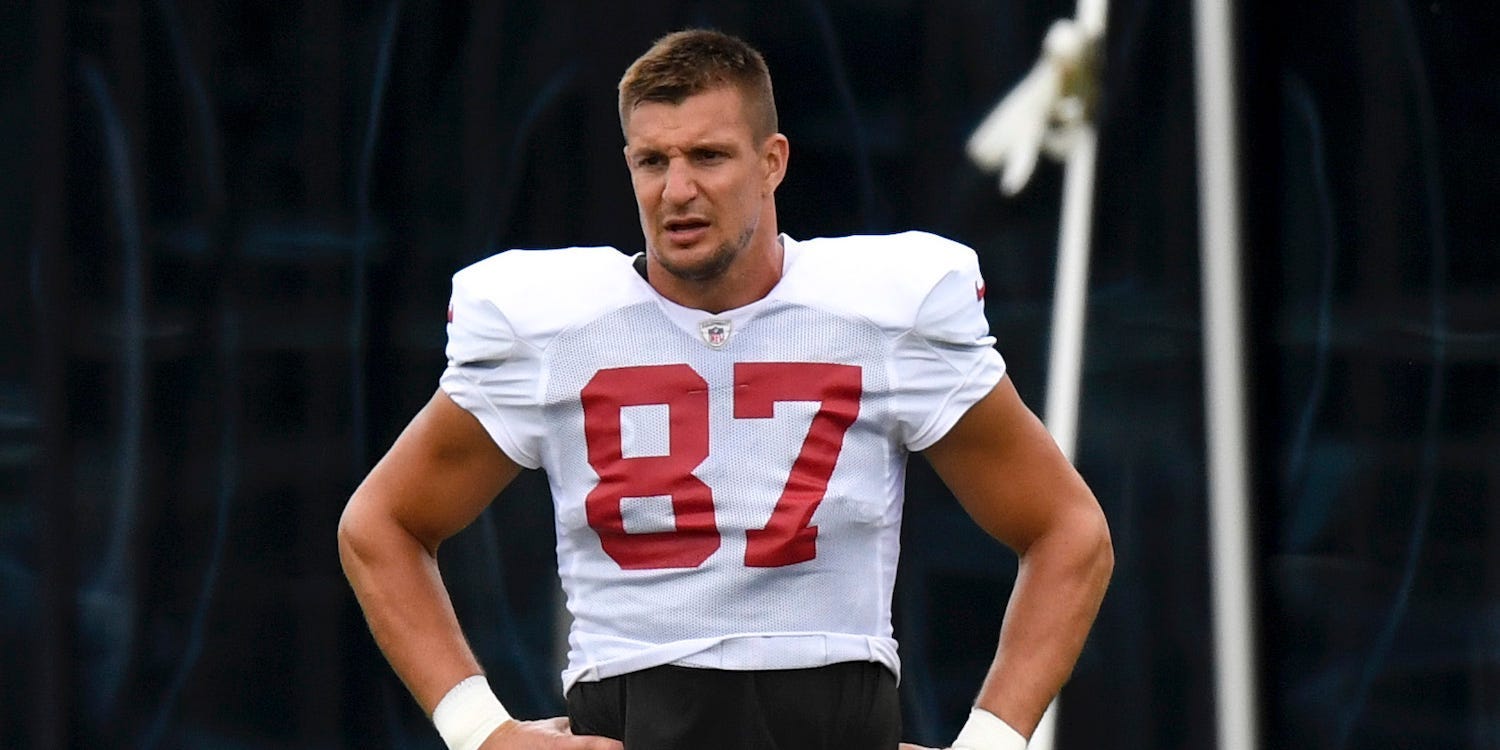 While no one can truly predict what will happen in fantasy football, some players inherently carry more risk than others.

With the NFL season days away and fantasy drafts taking place beforehand, we took a look at 10 players who carry risk either because of their high ADPs or overall scenario. 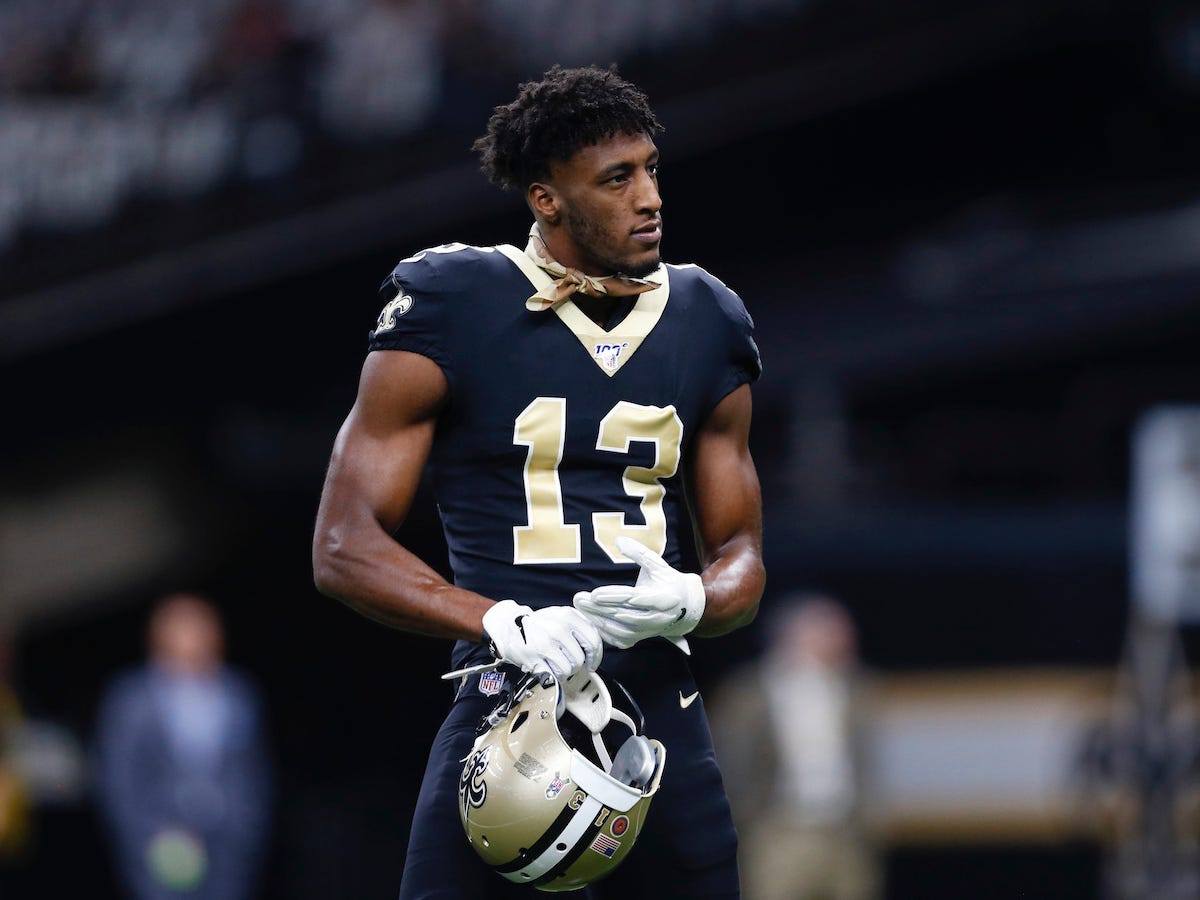 Why he’s risky: Thomas is a rock-solid WR1 and more of a potential letdown than a “risk” in 2020. Thomas led the NFL with 185 targets, 149 catches, and 1,725 yards in 2019. Since 2010, there have only been 12 players who had 180 targets or more in a season. None of them had more catches than Thomas’ 149, and only two posted more yards (Calvin Johnson in 2012 and Julio Jones in 2015). With Drew Brees now 41, the Saints might throw a little bit less, and they also added Emmanuel Sanders, who The Athletic’s Katherine Terrell reported would have a “significant” role in the offence.

Thomas is still a perfectly good first-round pick, but those expecting him to finish as the WR1 by 35 points again might be disappointed. 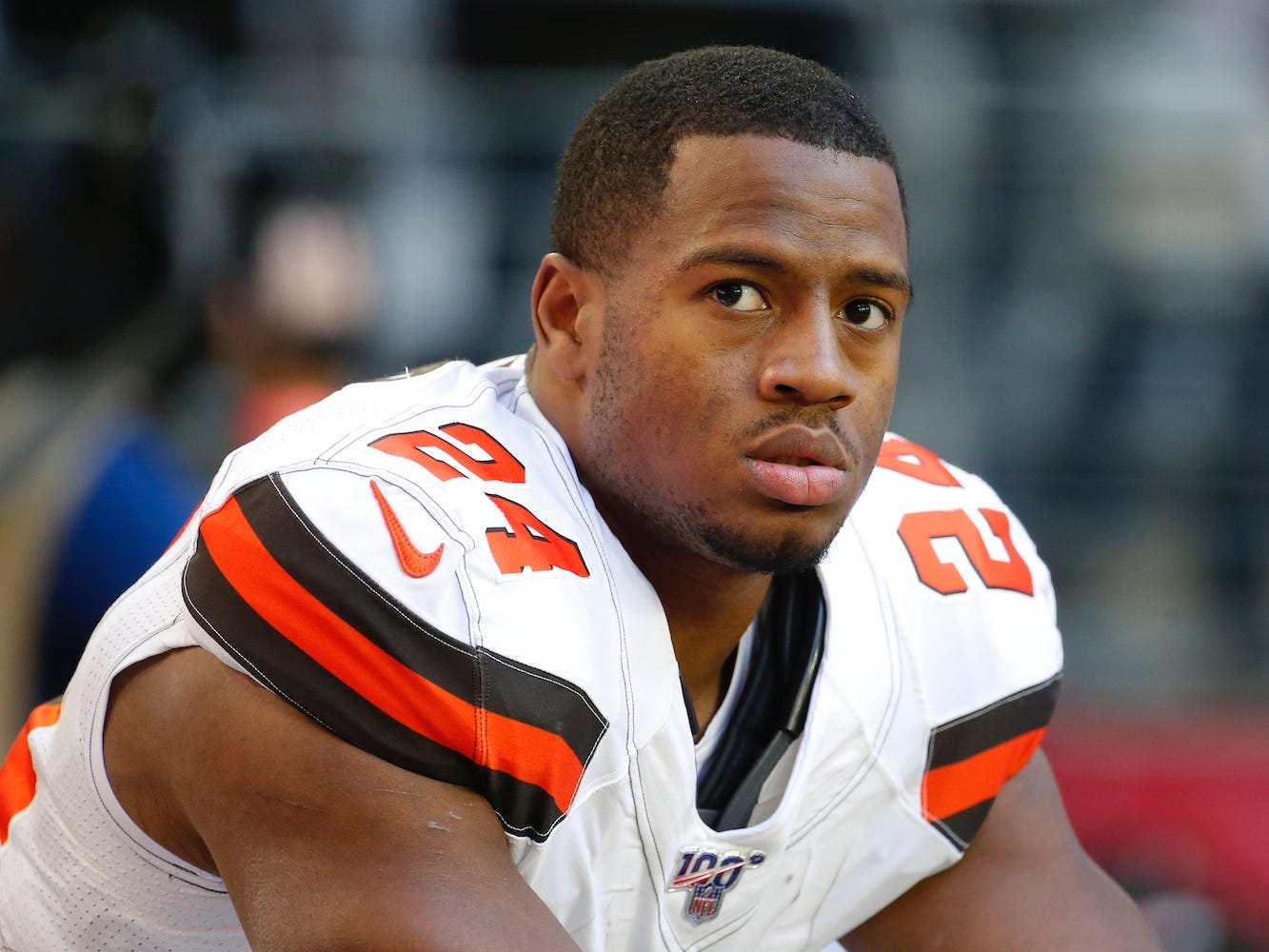 Why he’s risky: Chubb was RB11 from Weeks 10-17 after Kareem Hunt returned from suspension last year. The Browns should still be a run-heavy team this year, but reports from training camp indicate the Hunt has impressed and will have a big role in the offence. Now, Chubb is due for some positive touchdown regression this season. Chubb had only 2 touchdowns on 15 carries inside the 5-yard line last season – of the 13 players who had at least 10 carries inside the 5, 11 of them scored 5 or more touchdowns. Chubb is being drafted ahead of players like Joe Mixon, Josh Jacobs, Clyde Edwards-Helaire, and Miles Sanders, all of whom look like they will be the primary ball-handlers, whereas Chubb could end up in something like a 65-35 split with Hunt. 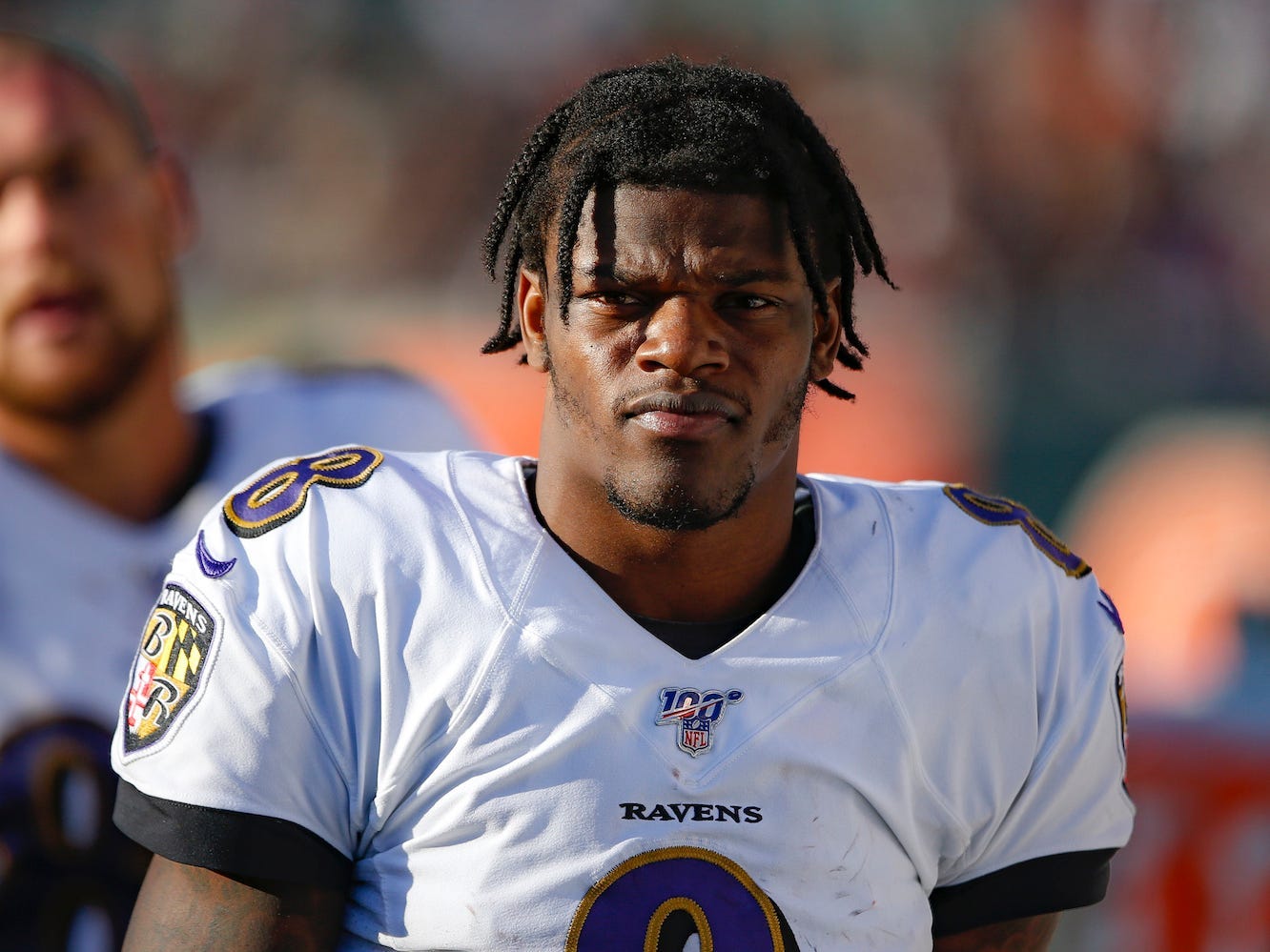 Why he’s risky: Jackson was electric last year, finishing as the fantasy QB1 while winning MVP. But the second round is far too early to take a quarterback. Jackson’s 9% TD rate from last season is going to come down. (For reference, Patrick Mahomes had an 8.6 TD% when he threw 50 touchdowns in 2018). The Ravens might also encourage Jackson to dial back his running a bit after taking some hard hits as the year went on. 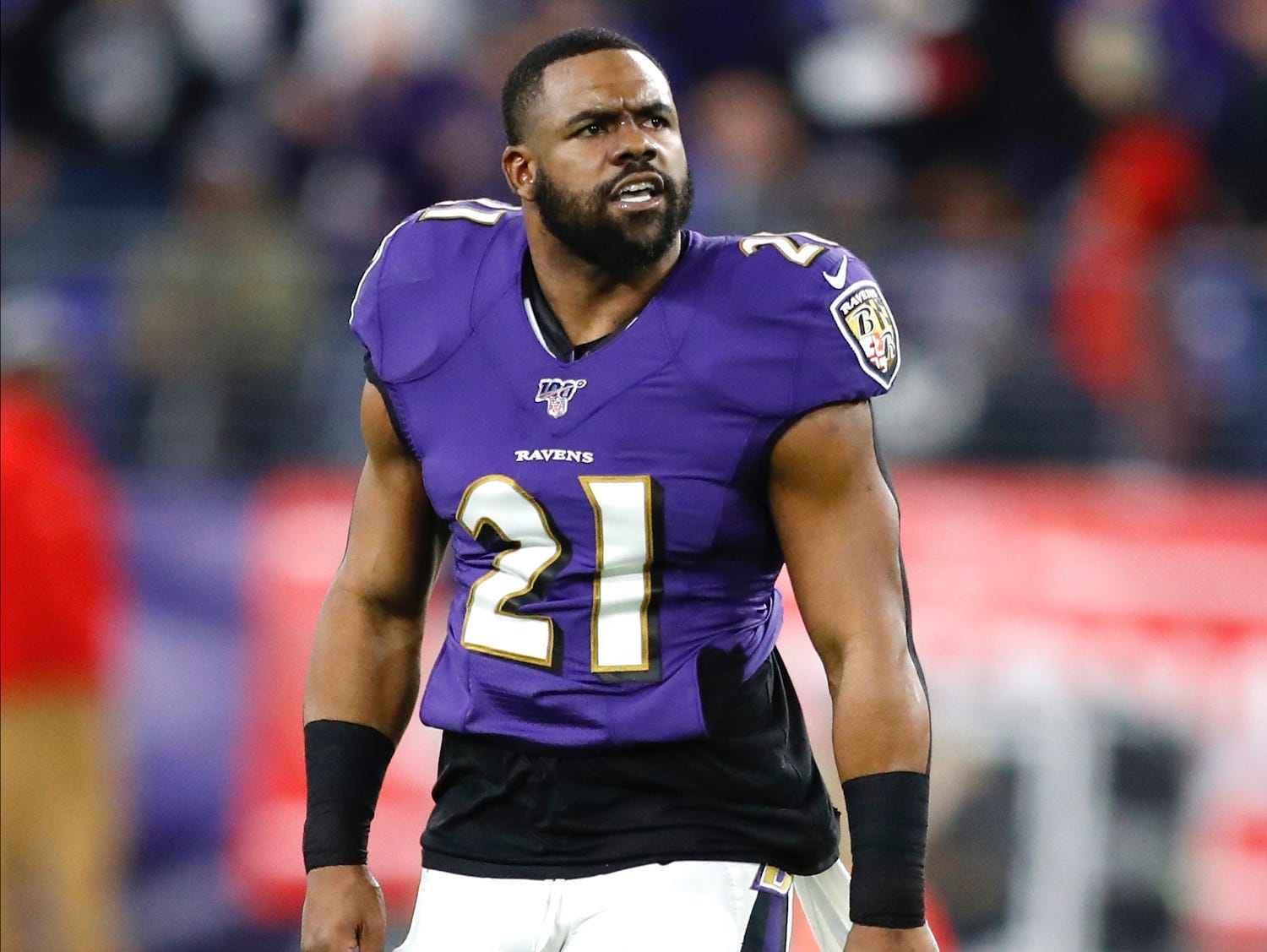 Why he’s risky: Ingram finished 8th among running backs in fantasy while finishing just 20th in carries. The Ravens will remain run-heavy this year, but Ingram will give up some carries to rookie J.K. Dobbins, who the Ravens selected in the second round of the draft. Dobbins has received praise in training camp for his playmaking ability. Ingram is also likely to see some negative touchdown regression. His 15 carries inside the 5-yard line resulted in 9 touchdowns, second-most in the NFL, and he caught just 26 passes last year but had 5 receiving touchdowns – a nearly 20% TD rate. Now 30 years old, Ingram’s ADP reflects lower projections, and it wouldn’t be surprising if his production scales down. 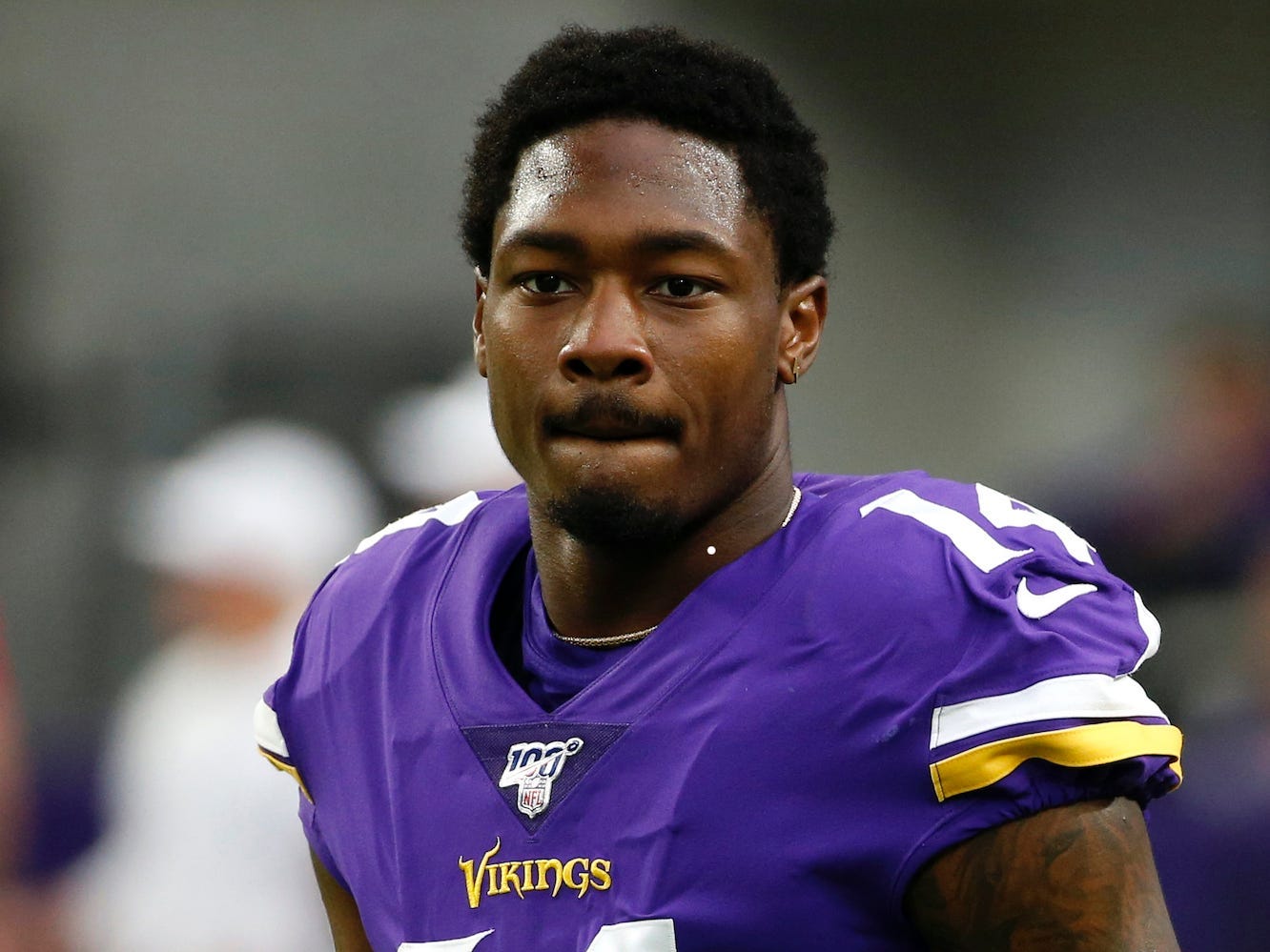 Why he’s risky: Diggs will certainly have his moments in Buffalo, but going from Kirk Cousins to Josh Allen looks like a downgrade. Even with Allen’s big arm, he is often inaccurate throwing downfield. Furthermore, Diggs will compete for targets with John Brown and Cole Beasley, who both had over 100 targets last year and have reportedly shown good chemistry with Allen in training camp. Diggs feels more likely to be a WR3 this year than the top-20 receiver he’s been each of the last three seasons. 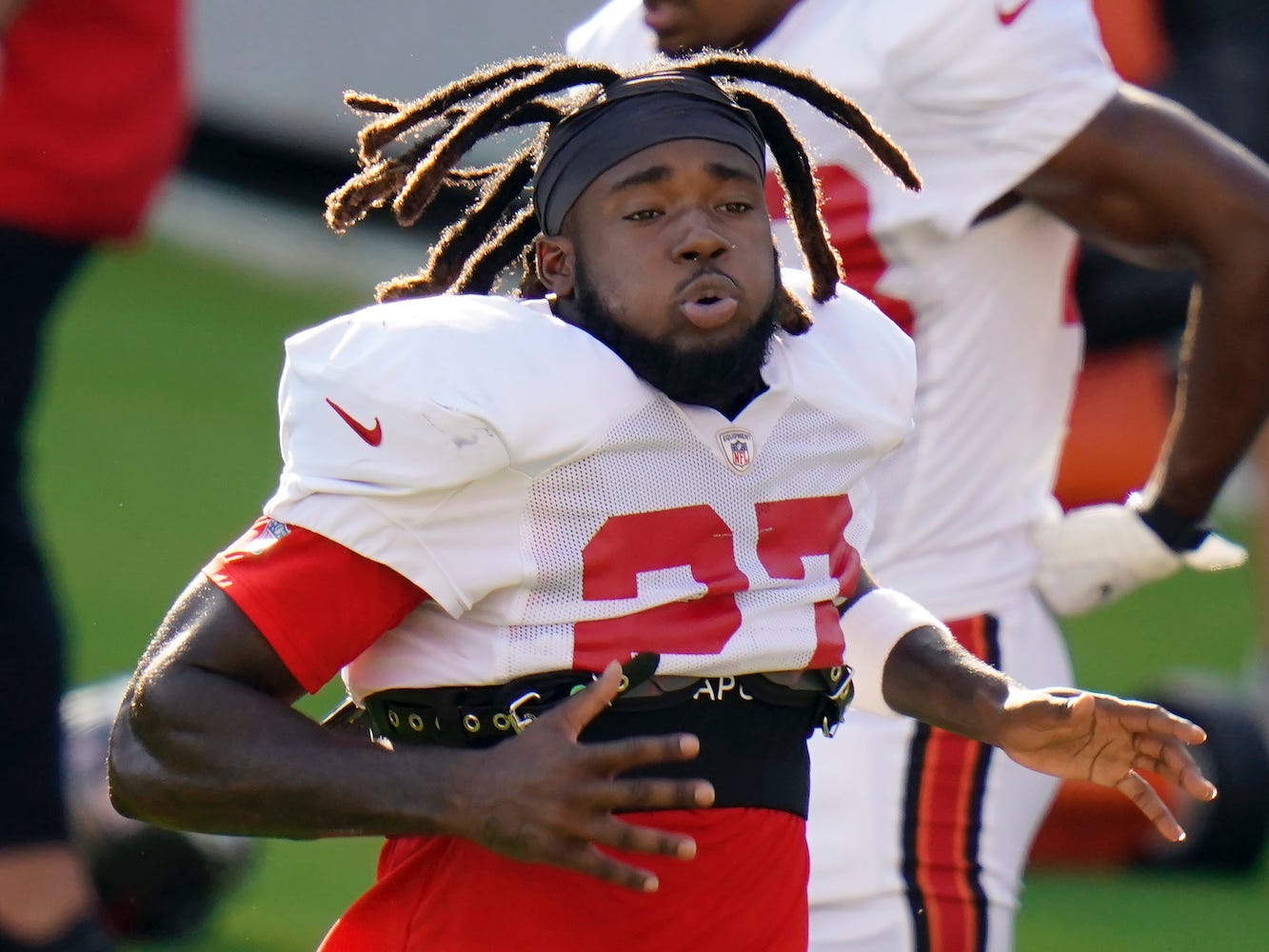 Why he’s risky: Bruce Arians declared Jones “the guy” before the Bucs signed Fournette this week. Arians told reporters this week that Jones will still be the lead ball-carrier, and while that may be true, Arians also has a history of misleading media with his plans at running back. Last year, Jones and Peyton Barber traded starting duties. Since August, the Bucs have added LeSean McCoy and now Fournette. Both Fournette and Jones should be fantasy-relevant players, but predicting their roles at the moment is impossible. 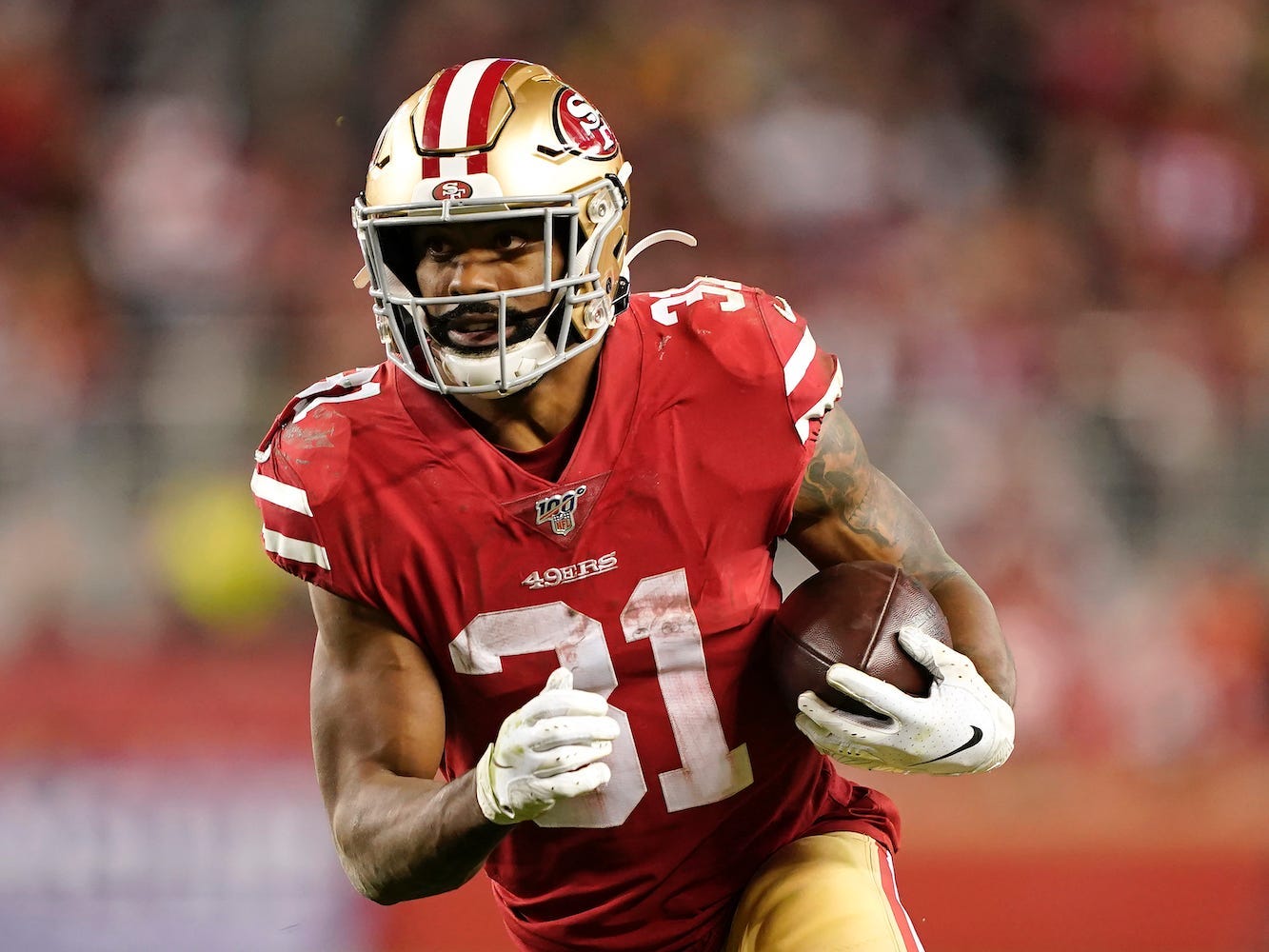 Why he’s risky: Much of Mostert’s ADP seems to be coming from his hot finish to 2019, when he was RB8 from Weeks 13-17, then had a 220-yard, 4-touchdown game in the playoffs. While Mostert has the talent, and Kyle Shanahan can do wonders with running backs, San Francisco’s backfield is another tough one to project. Last year, Matt Breida and Tevin Coleman both had stretches as the featured backs, and they produced as well. Coleman is still there, and Jerick McKinnon, who missed the last two seasons after signing a $US30 million contract in San Francisco, is back and drawing rave reviews in camp. Mostert should still be a relevant fantasy player, but the fourth round is a bit early for a player whose playing time could waver. 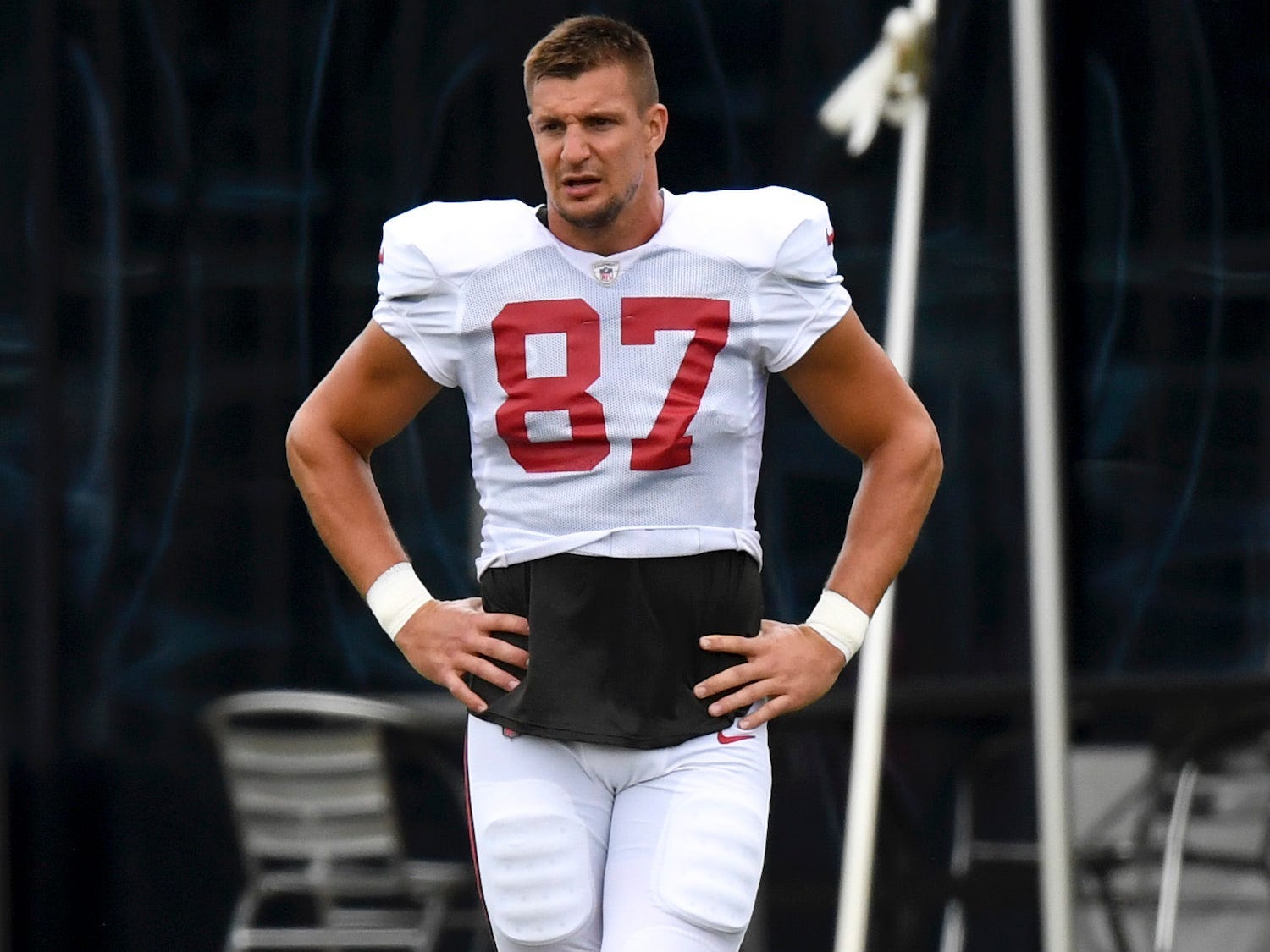 Why he’s risky: It’s tempting to try and grab Rob Gronkowski at a bargain price (compared to his usual ADP) as he reconnects with Tom Brady in a new offence. But Gronkowski also sat out an entire year and has a long injury history. He said he feels good, but Bruce Arians even knocked Gronkowski’s conditioning, saying he wasn’t in “Florida shape.” Additionally, tight end O.J. Howard has been getting rave reviews in training camp, and Arians said Gronkowski likely wouldn’t be an every-snap player. What’s more likely is Gronkowski is an effective on-field player whose fantasy relevance will depend on touchdowns or big plays. 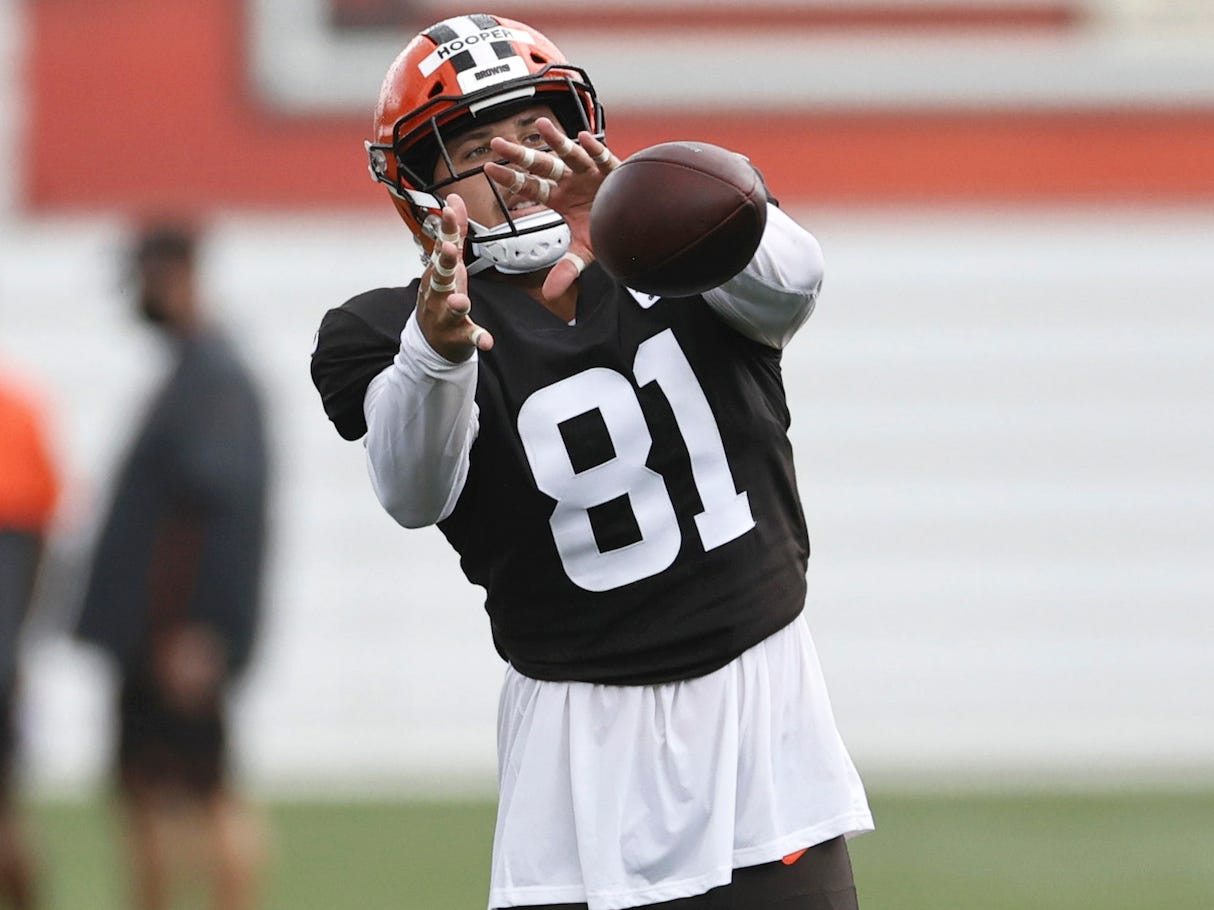 Why he’s risky: Hooper signed a $US45 million contract with the Browns, so they obviously plan to use him. However, he’ll be in a run-heavy offence that will also feature Odell Beckham Jr. and Jarvis Landry (plus Kareem Hunt as a receiver) in the passing game, meaning at best, Hooper is fifth in the pecking order. Hooper received 7.5 targets per game last year, fourth among TEs; that feels unlikely to repeat in Cleveland. 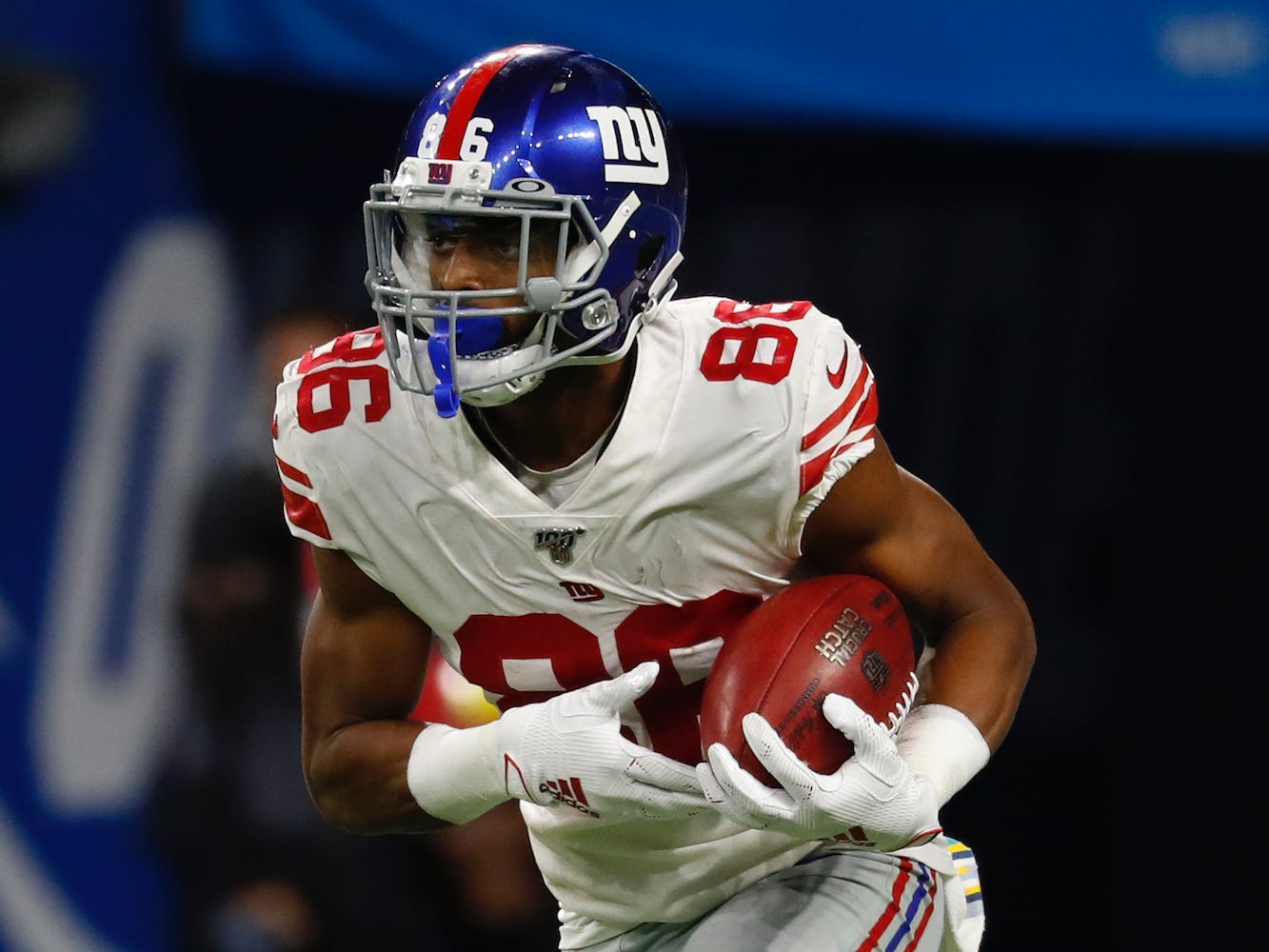 Why he’s risky: Slayton was a nice surprise for the Giants last year, finishing with 740 yards and 8 touchdowns en route to a WR33 finish. However, Slayton broke out amid a slew of injuries to the Giants, and some of his numbers were inflated – he had two 100-yard games with touchdowns and just three other games with more than 60 yards. This year he’ll compete with Sterling Shepard, Golden Tate, and Evan Engram, plus Saquon Barkley. Slayton could still end up leading the Giants in targets, but he’s being drafted ahead of Shepard and Tate. With a crowded offence and tough opening schedule (Steelers, Bears, 49ers, Rams, Cowboys to begin the season), Slayton is no sure thing to build on a solid rookie year.

Now take a look at the safest picks for your fantasy team: Fantasy Football 2020: The safest player to draft in every round of your fantasy football draft