15 players who could be steals in fantasy football 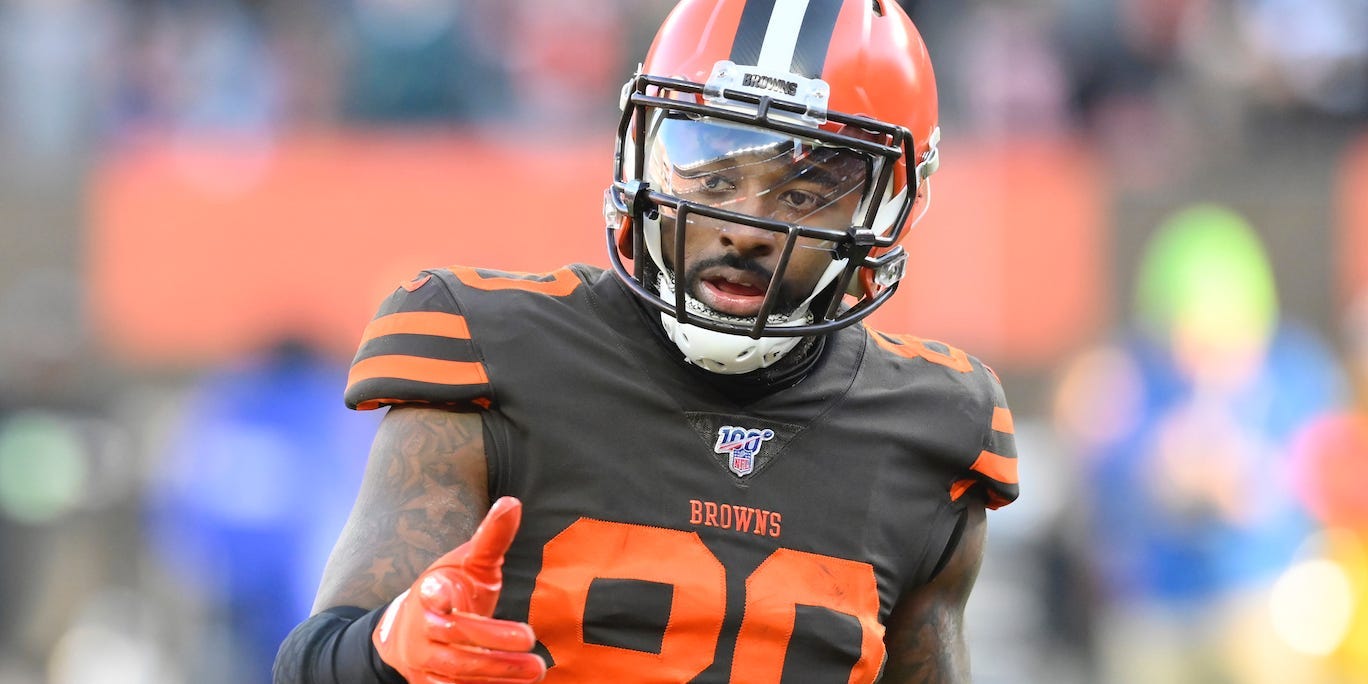 David Richard/AP ImagesJarvis Landry is being drafted in Rounds 6-7 this year.

Fantasy football season is around the corner.

We compiled a list of potential “steals” to target in your fantasy draft. This isn’t quite a “sleeper” or “breakout” list, but players who can outperform their current draft position. Some might be unknown players, while others are fantasy-relevant names who simply don’t have as much buzz this year.

Using FantasyPros’ Average Draft Position, we broke down 15 players who could be a boost to your fantasy team based on where they’re being drafted. 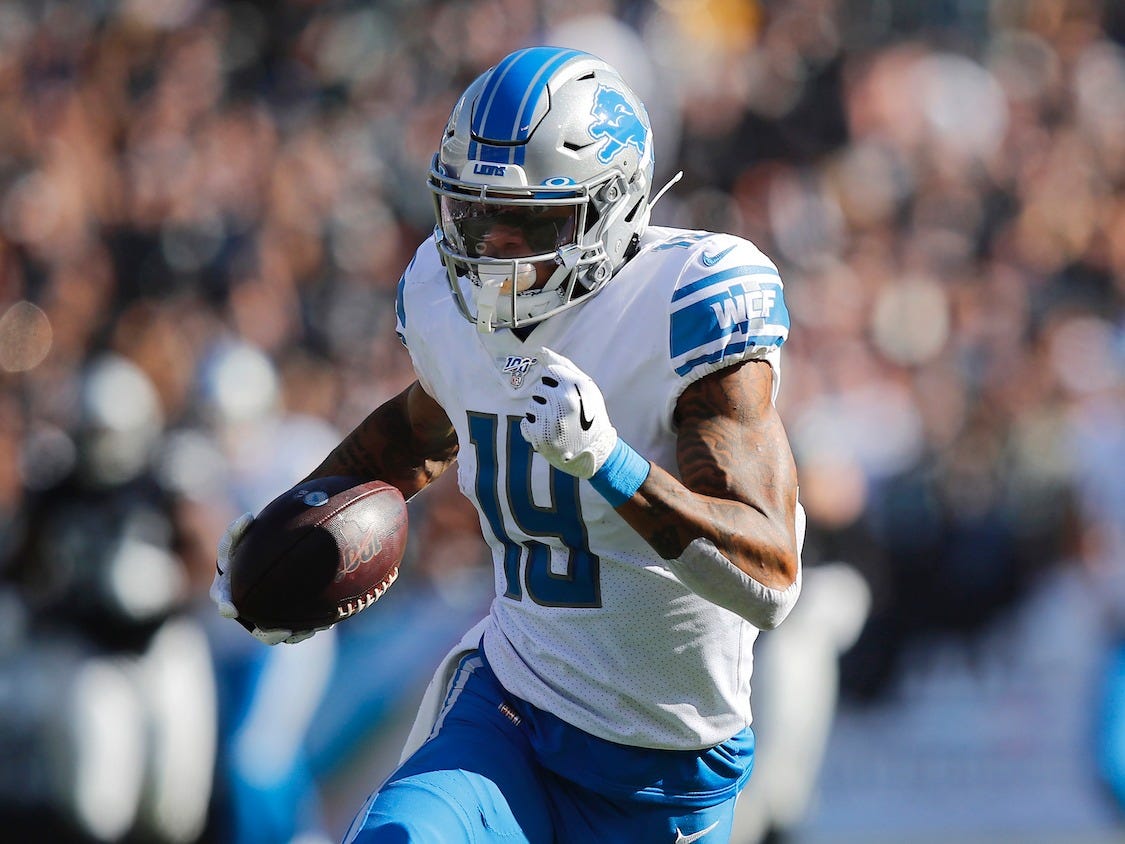 Why he could be a steal: Golladay had 65 catches, 1,190 yards, and 11 touchdowns to finish as the WR3 in fantasy last season, and that was with Jeff Driskel and David Blough throwing to him from Week 10 on (Golladay was WR13 in that span). While 11 touchdowns on 65 catches means his touchdown rate may come down in 2020, Golladay caught a career-low 56% of his passes last year (likely a result of the QB instability). Detroit doesn’t have anyone who looks like an immediate threat to steal his targets (116 last year). If Matthew Stafford is healthy this season, Golladay could finish as a top 3-5 receiver again. That he may be available in Round 3 of some fantasy drafts makes him a great steal at that price. 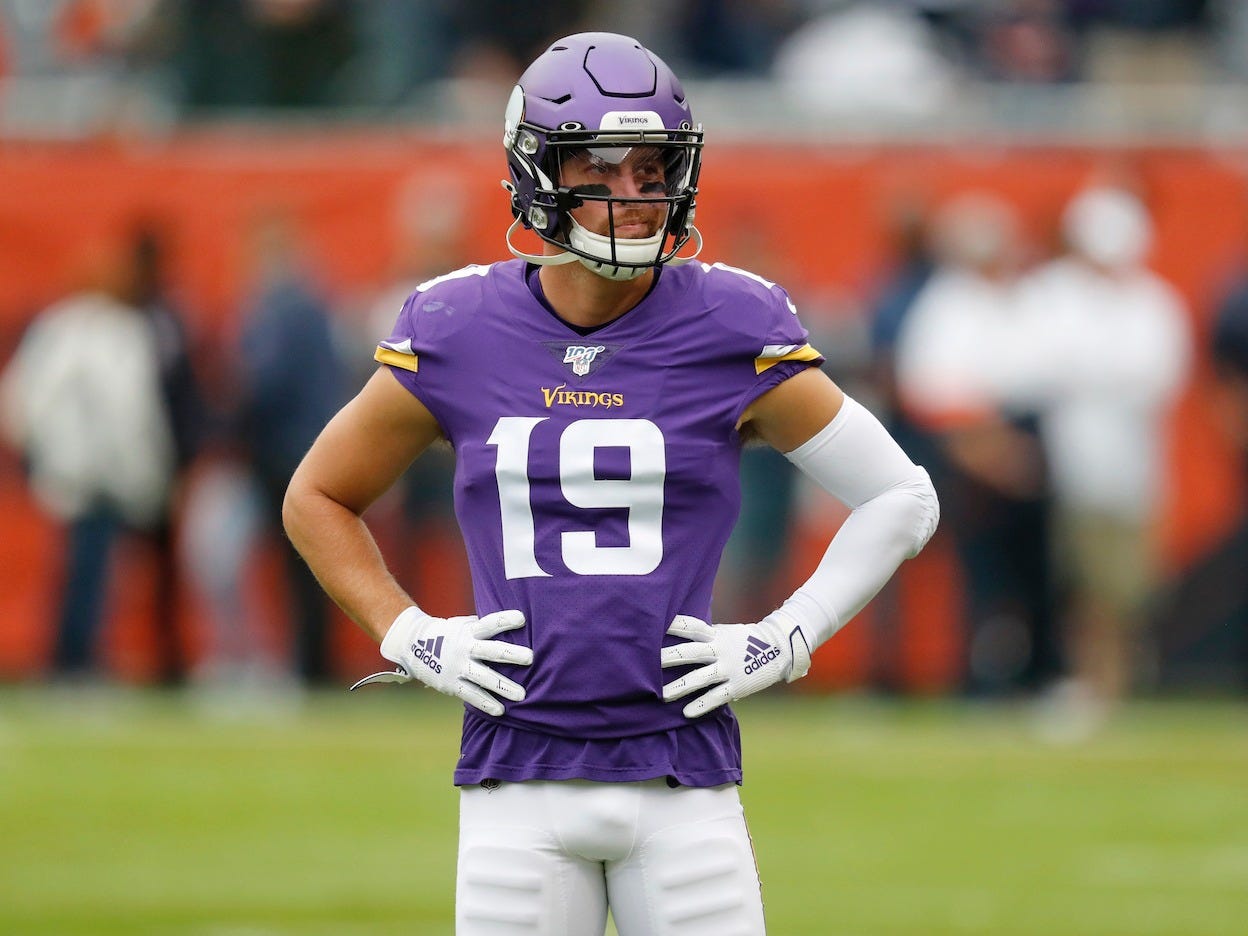 Why he could be a steal: There are some concerns with Thielen: He’s 30 years old, slogged through injuries last year, and could see more defensive attention with Stefon Diggs now in Buffalo. But with an ADP of 34, Thielen could be an excellent bargain, particularly if you target running backs through the first two rounds. With Diggs out of town and rookie Justin Jefferson the only notable addition to the receiving corps, Thielen could be a target monster. Before 2019, he had back-to-back seasons of 1,200 and 1,300 yards and finished as WR7 and WR12. He might end up outside the top 12, which would be appropriate for his ADP, but he’s got a clear path to posting top-10 type of numbers. 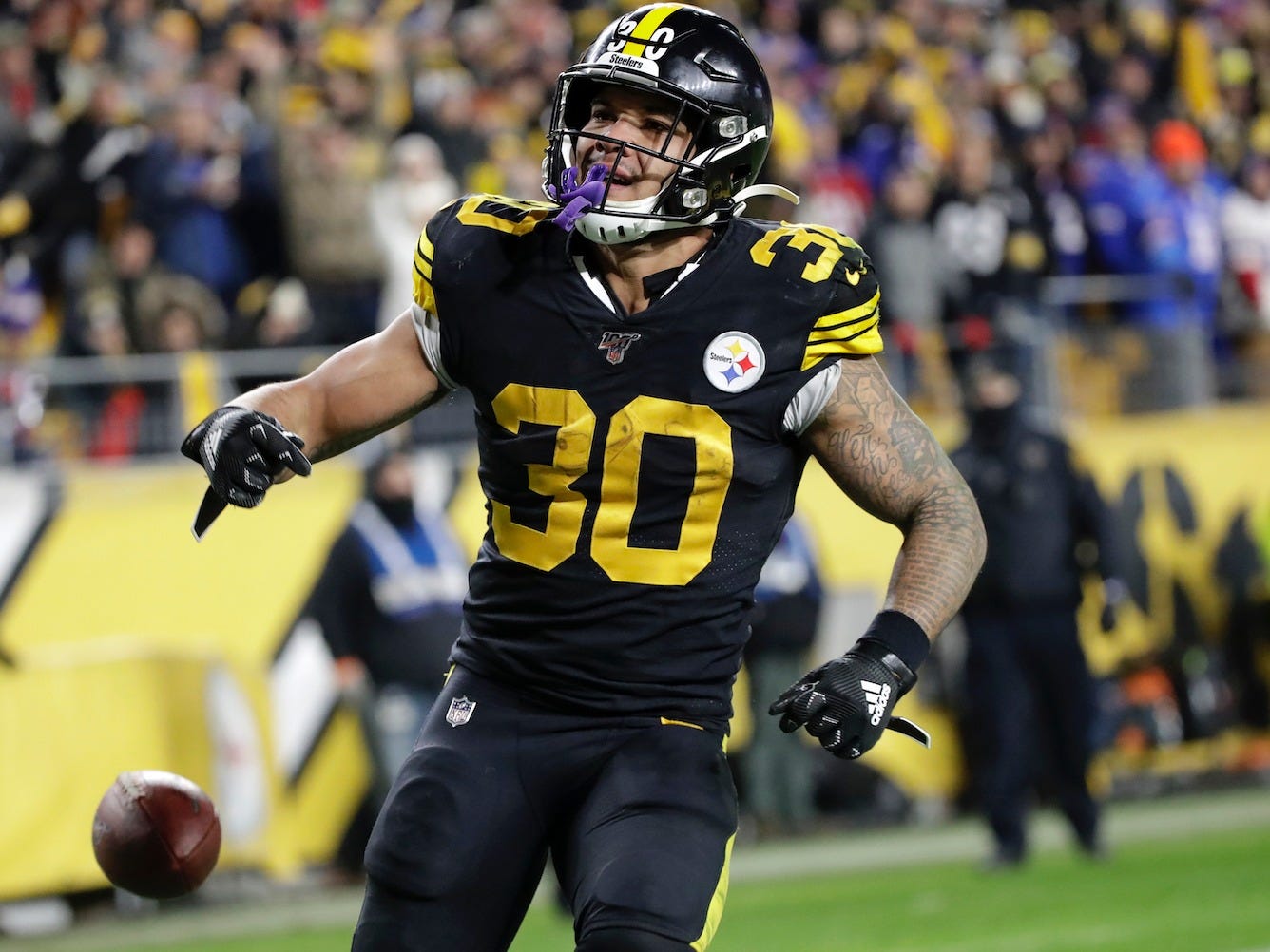 Why he could be a steal: Conner was going in the first round of drafts last year; now he’s being drafted, on average, in the fourth round. Conner struggled with injuries last year and was sluggish along with the rest of the Steelers offence. But Ben Roethlisberger is now back, replacing Mason Rudolph and Duck Hodges, and though we don’t know how Big Ben will look, the Steelers offence should improve overall. How often can you get a clear-cut starting running back, in line for 200-plus touches, in the late third or early fourth round? 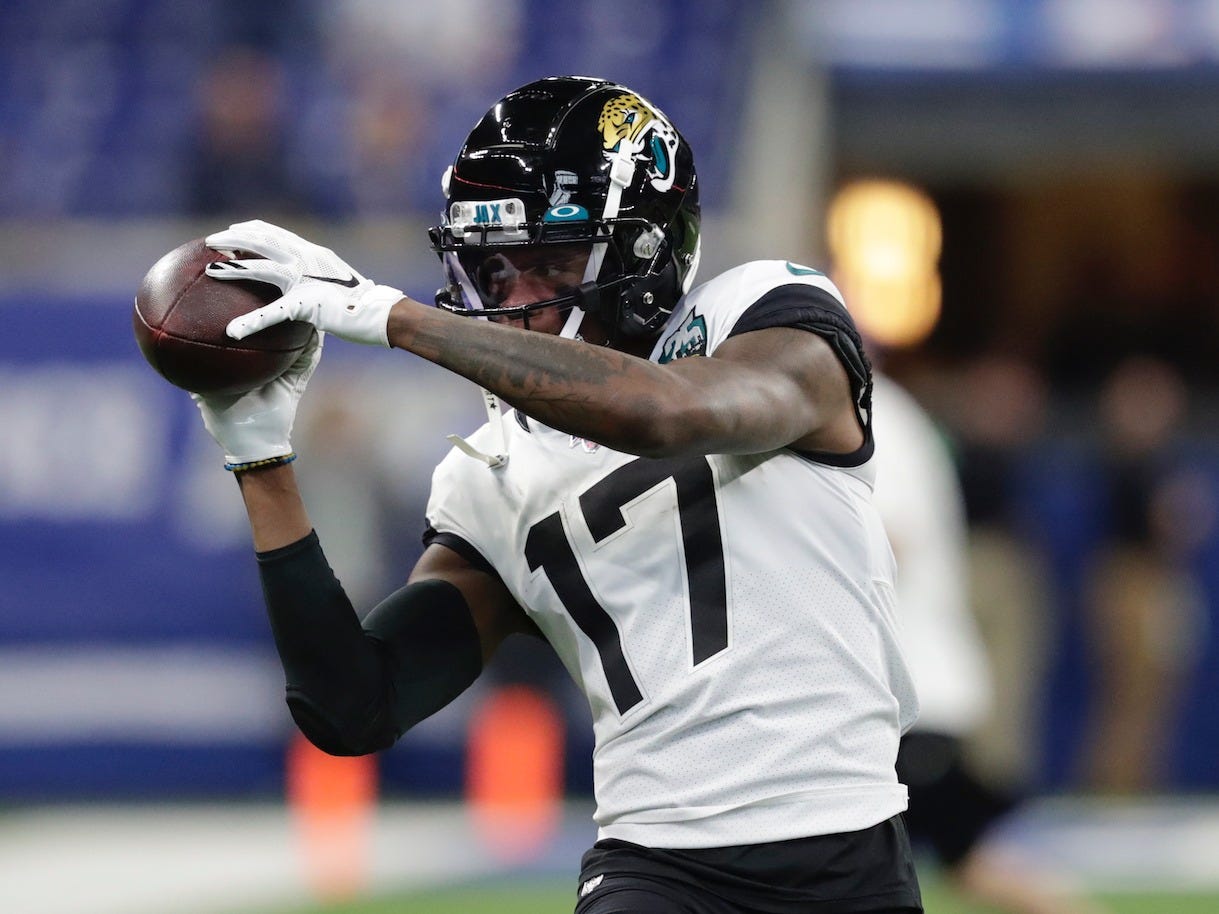 Why he could be a steal: Chark broke out last year, finishing the season as WR16, even with the Jaguars going back and forth between Gardner Minshew and Nick Foles. This year, Minshew looks like the clear-cut starter, and there aren’t any major threats to Chark’s targets. From Weeks 1-9, Minshew’s first starts, Chark was WR6, with 43 catches, 692 yards, and 6 touchdowns. He might be able to keep that pace through all of 2020, particularly with the Jaguars likely needing to throw the ball late this season. 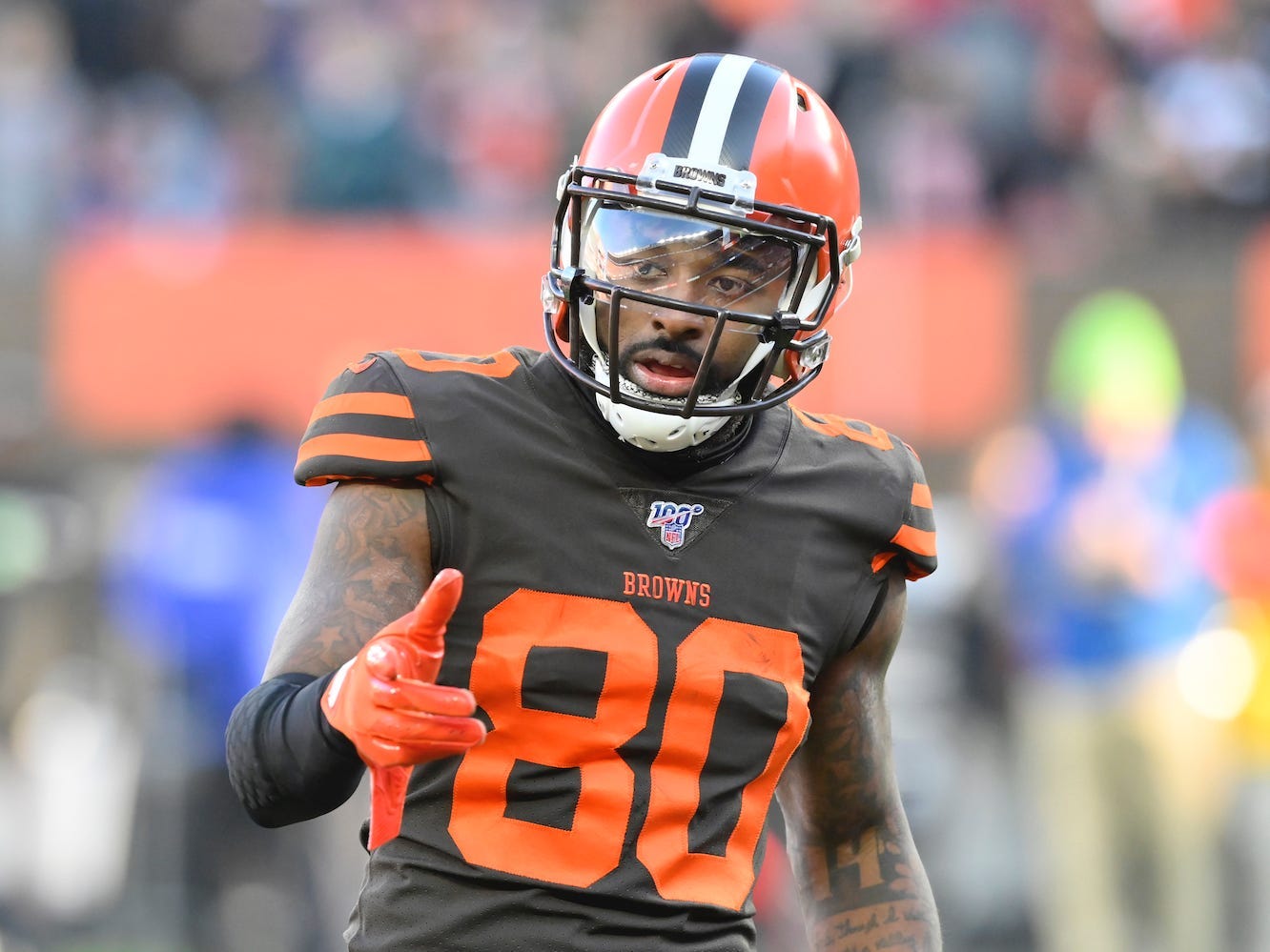 Why he could be a steal: Landry was WR14 last year while going 1,147 yards and 6 touchdowns. He’s had five straight seasons with over 950 yards (three with over 1,000) while averaging 5.4 touchdowns per season. So, why is he going as the 29th receiver in drafts? Cleveland has a lot of mouths to feed and might be a run-heavy offence. But new head coach Kevin Stefanski also helped Adam Thielen out of the slot in Minnesota. Wide receivers coach Chad O’Shea worked with the Patriots for 10 years and helped make Julian Edelman an elite slot receiver. Landry should make an excellent second or third wide receiver on fantasy rosters. 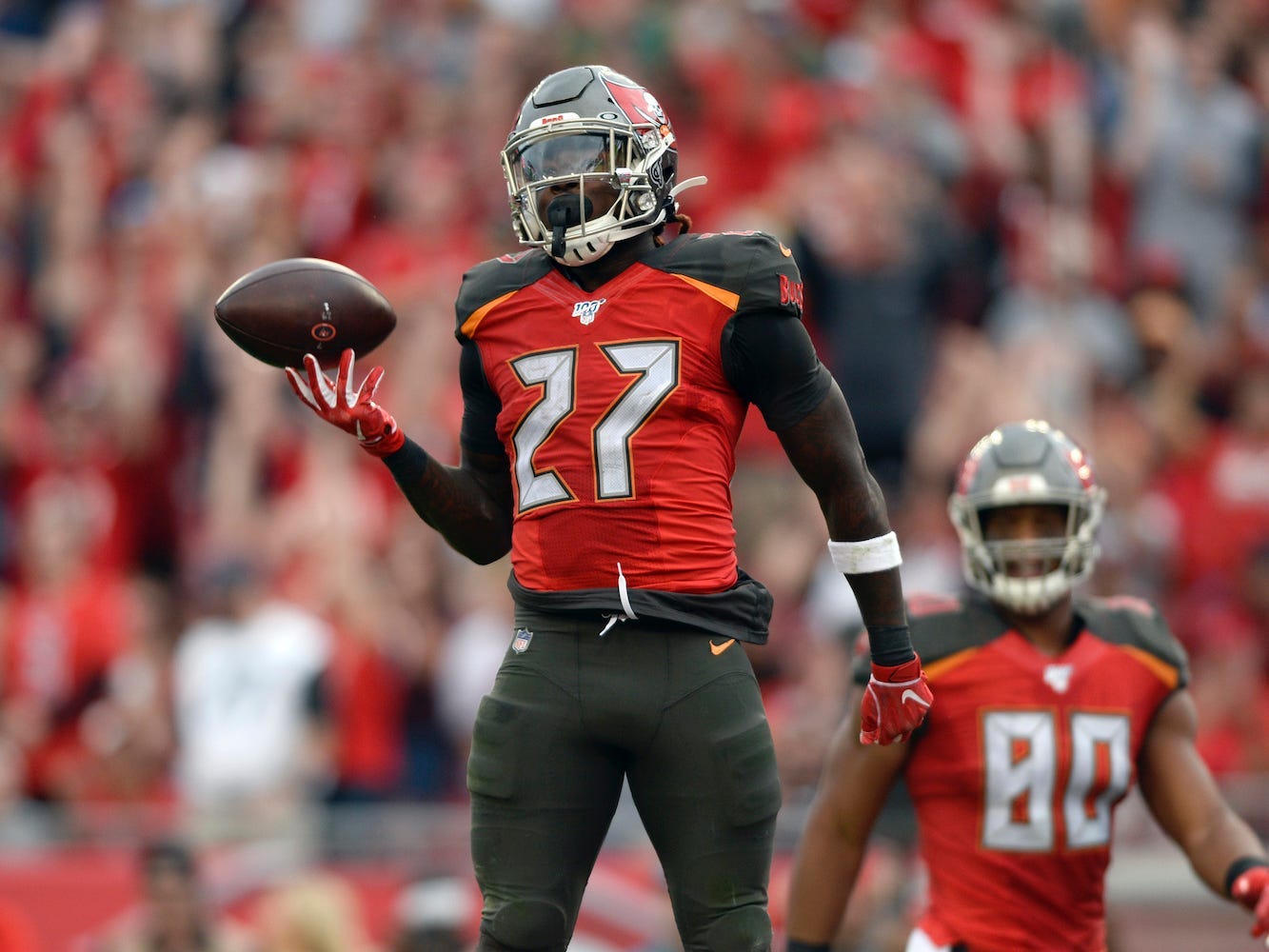 Why he could be a steal: Jones is one of the biggest debates in fantasy this year: his role fluctuated last season, and though Bruce Arians called Jones “the guy” this year, the Bucs also drafted a running back in the second round and signed LeSean McCoy. But, as of now, Jones looks like the starting RB for one of the best offences in the league, and he’s available in the middle rounds of drafts. Last year, despite an up-and-down role, he finished with 724 rushing yards and 6 touchdowns. With a full-time starting role, he could be an excellent value as a third running back on a roster. 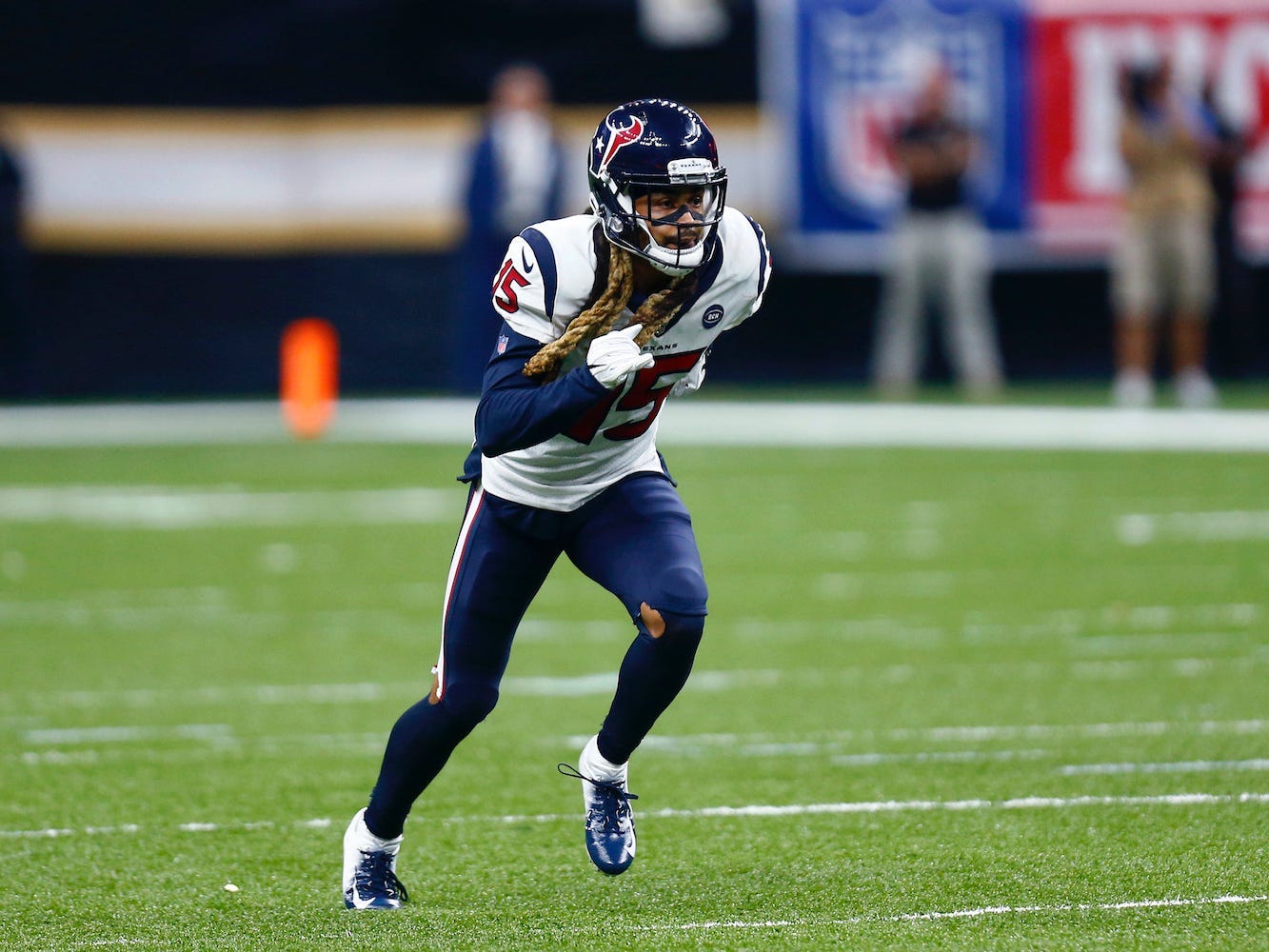 Why he could be a steal: He’s yet to play a full season, which is a major concern. But when Fuller has been on the field, he’s been a big, fast deep threat with a high touchdown rate. With DeAndre Hopkins now in Arizona, Fuller could take over as the lead receiver in Houston, or at least be 1B to Brandin Cooks. It’s a lot to ask Fuller to stay healthy all year, but he could receive more targets and benefit from a greater passing volume from Deshaun Watson. He’s a third or fourth receiver on fantasy rosters with weekly WR1 upside. 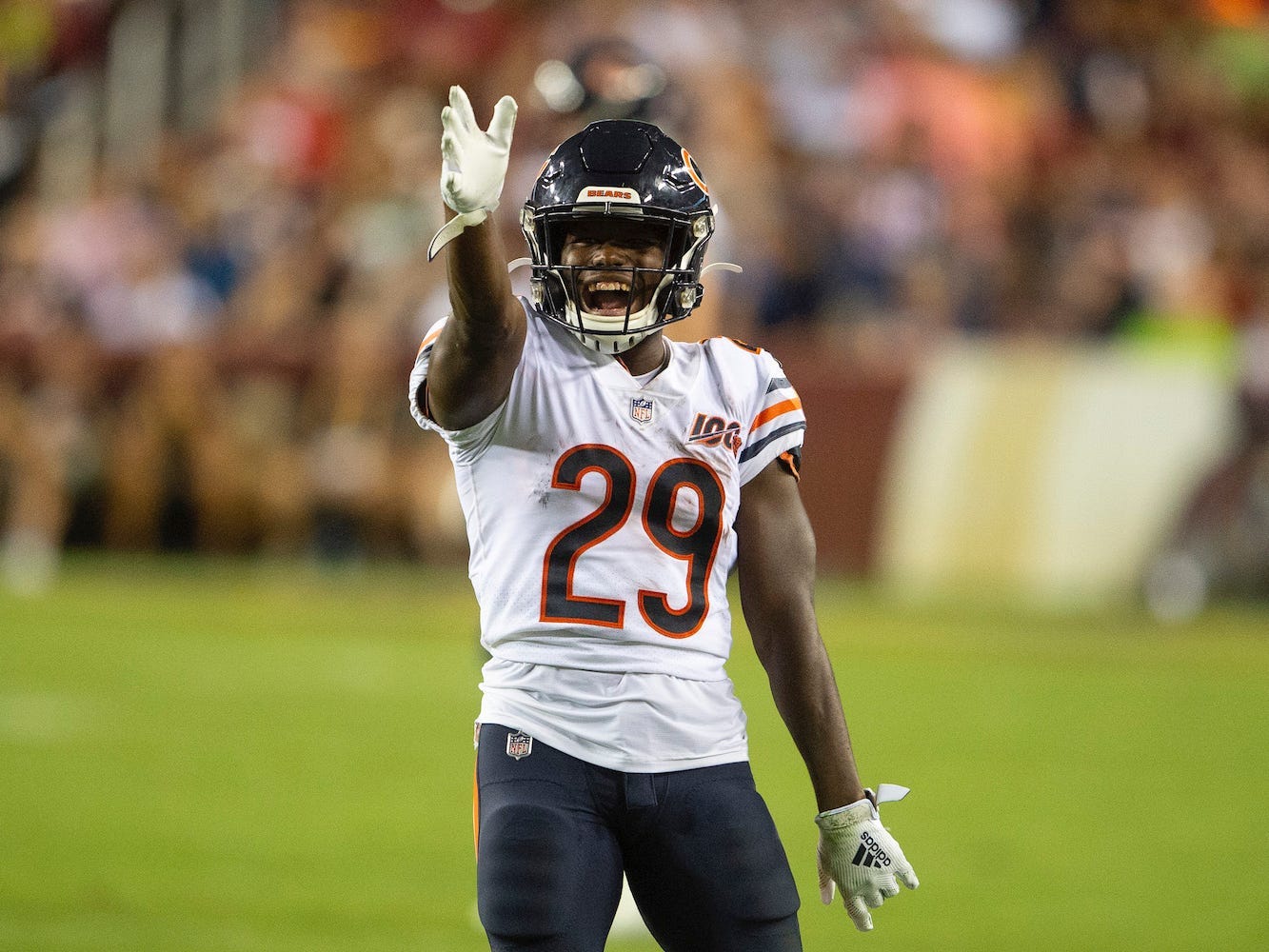 Why he could be a steal: Cohen was RB17 in 2018 and fell to RB45 in 2019. His rushing attempts and yards per carry both fell last year, and while his targets and receptions increased, his air yards went way down in 2019. There’s a good chance Cohen lands somewhere in the middle of those two seasons in 2020. That would put him at about 329 rushing yards, 590 receiving yards, and 5 total touchdowns. Last year, there were three running backs with over 300 rushing yards, 550 receiving yards, and 4 or more total touchdowns: Christian McCaffrey, Austin Ekeler, and James White. All three were top-30 running backs. 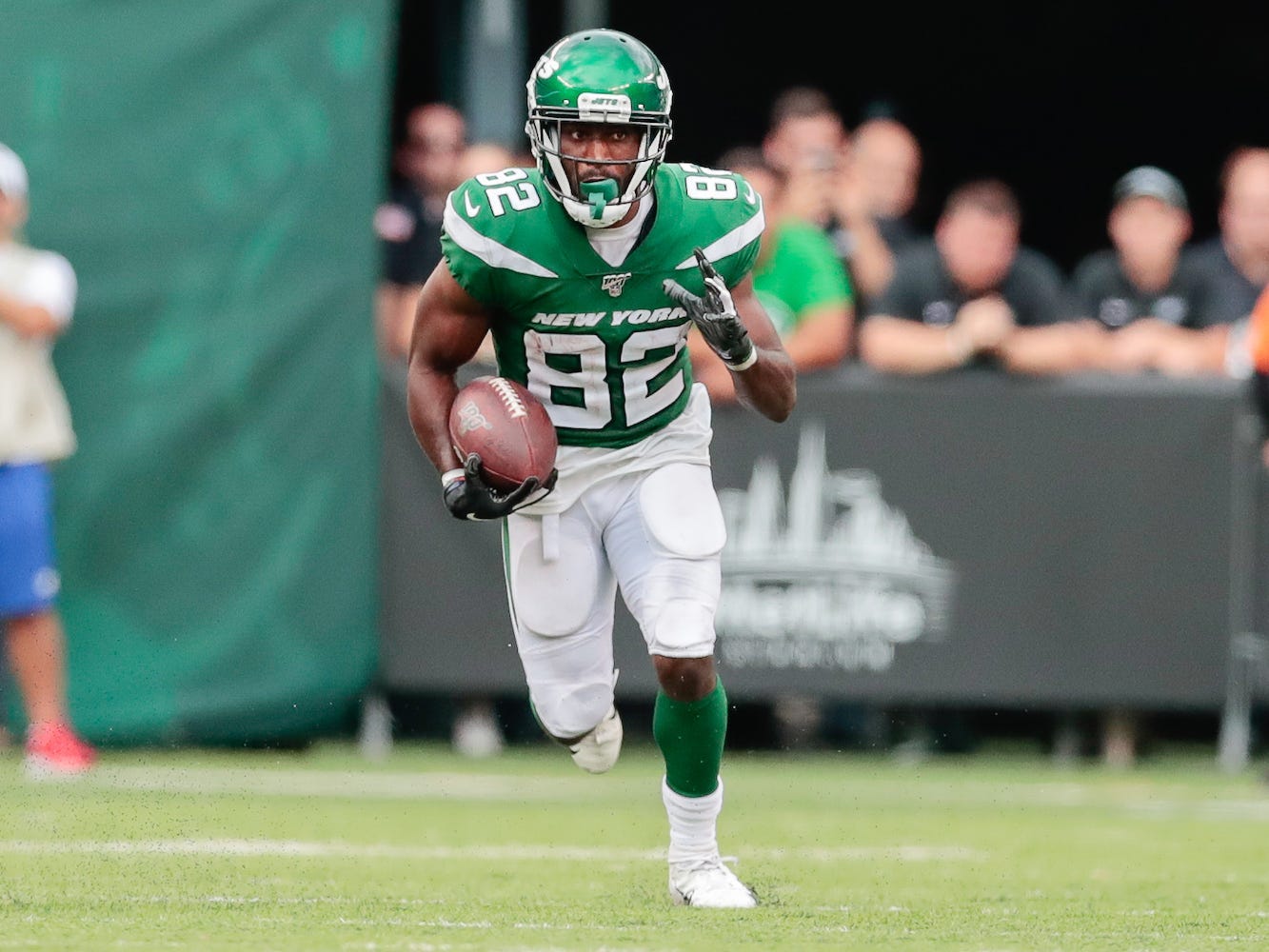 Why he could be a steal: Crowder averaged 7.6 targets per game last year, slightly ahead of fantasy studs like Tyreek Hill, Amari Cooper, and Kenny Golladay. Of course, the big difference is the yards per reception – Crowder averaged just 10.7 last year. But opportunity is everything in fantasy, and Crowder stands to be the No. 1 receiver for the Jets. He had 833 yards and 6 touchdowns last year in his first year with Adam Gase and Sam Darnold. Slot receivers frequently post good numbers in Gase’s offence, and with no other major receiving threats on the Jets, Crowder has the chance to get targeted frequently over the middle. 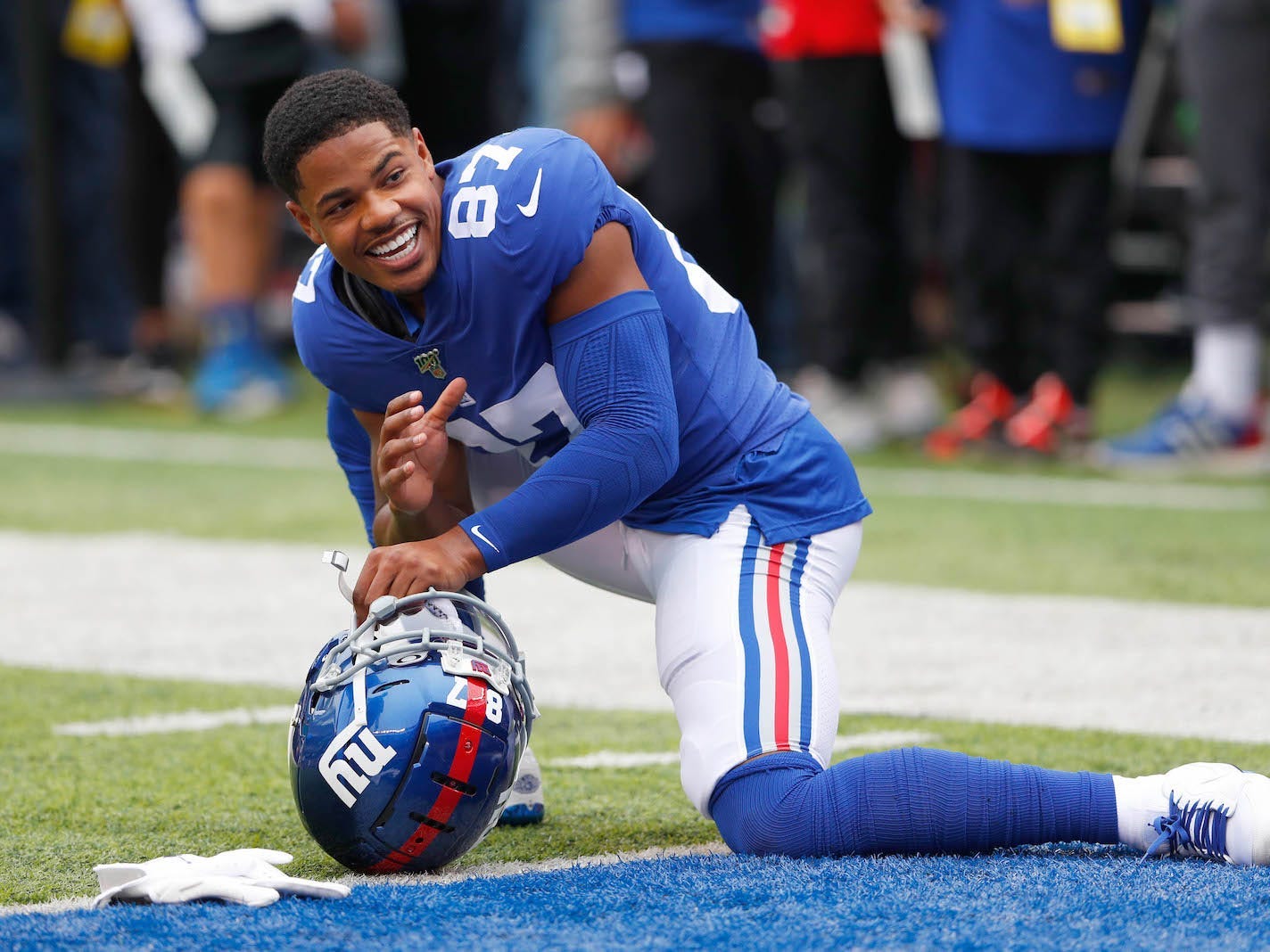 Why he could be a steal: Shepard was going in Rounds 7-9 last year after the Odell Beckham Jr. trade made him the No. 1 receiver on the Giants. A disappointing 2019 in which he played just 10 games has lowered his ADP to Rounds 9-11 this year. Shepard may not be exciting, but how many potential No. 1 receivers are available this late in the draft? Golden Tate had a solid 2019, but is 32 years old and caught a touchdown on a whopping 12% of his catches – that will come down this year. Darius Slayton was the Giants breakout receiver last year, but over a third of his yards came in two games. Shepard still averaged 8.3 targets per game last year, 16th among WRs. The opportunity will be there again this season. 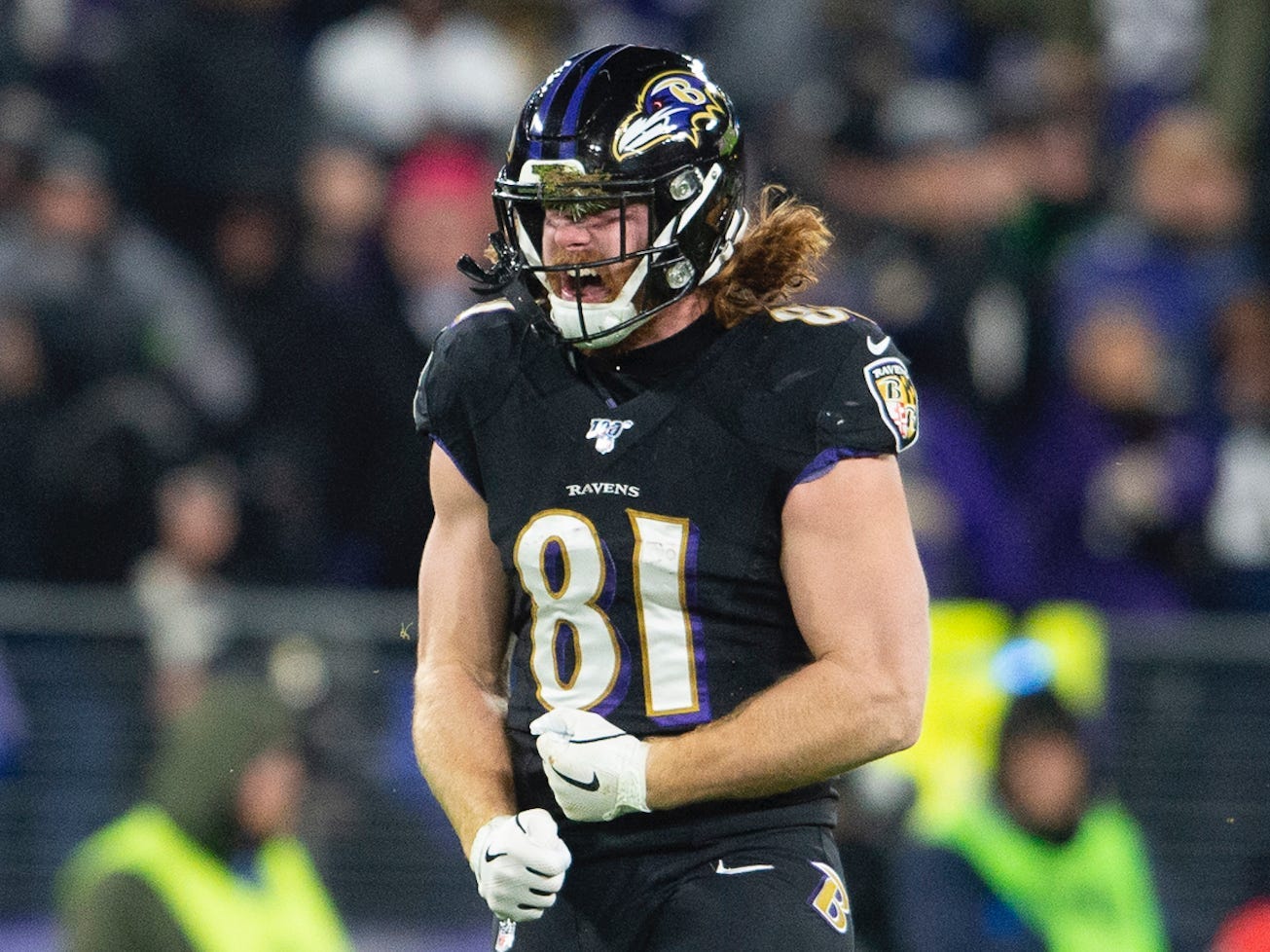 Why he could be a steal: The Falcons let tight end Austin Hooper walk in free agency and traded a second-round pick for Hurst, who got buried behind Mark Andrews on the Ravens last year. Hurst should have plenty of opportunities on the Falcons this year. Hooper posted 75-787-6 in 13 games last year. The Falcons didn’t add much in the way of receivers this offseason, meaning Hurst is walking into a fantasy-friendly void. He feels like a potential top-8 tight end going as TE14 by ADP. 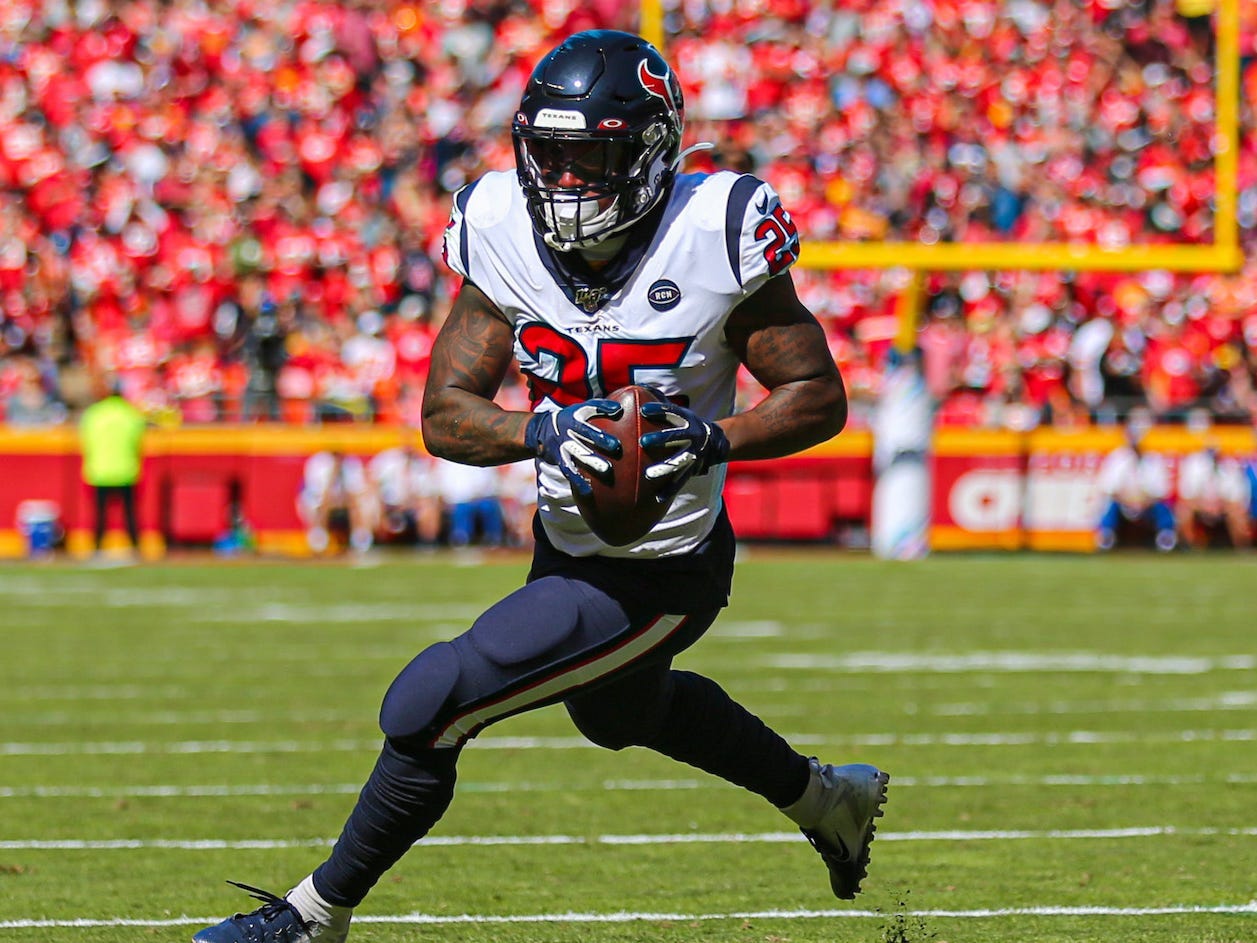 Why he could be a steal: Johnson has finished as a top-35 running back in three of the last five years. He never seems to get much of a chance at the lead RB role, but he produces nonetheless. The Texans might ride David Johnson after trading DeAndre Hopkins for him in the offseason, but Duke should still get touches as the pass-catching back. If David goes down with an injury, Duke could have a huge opportunity, even if the Texans add another running back. For someone going around Round 12, he could be a useful player in fantasy. 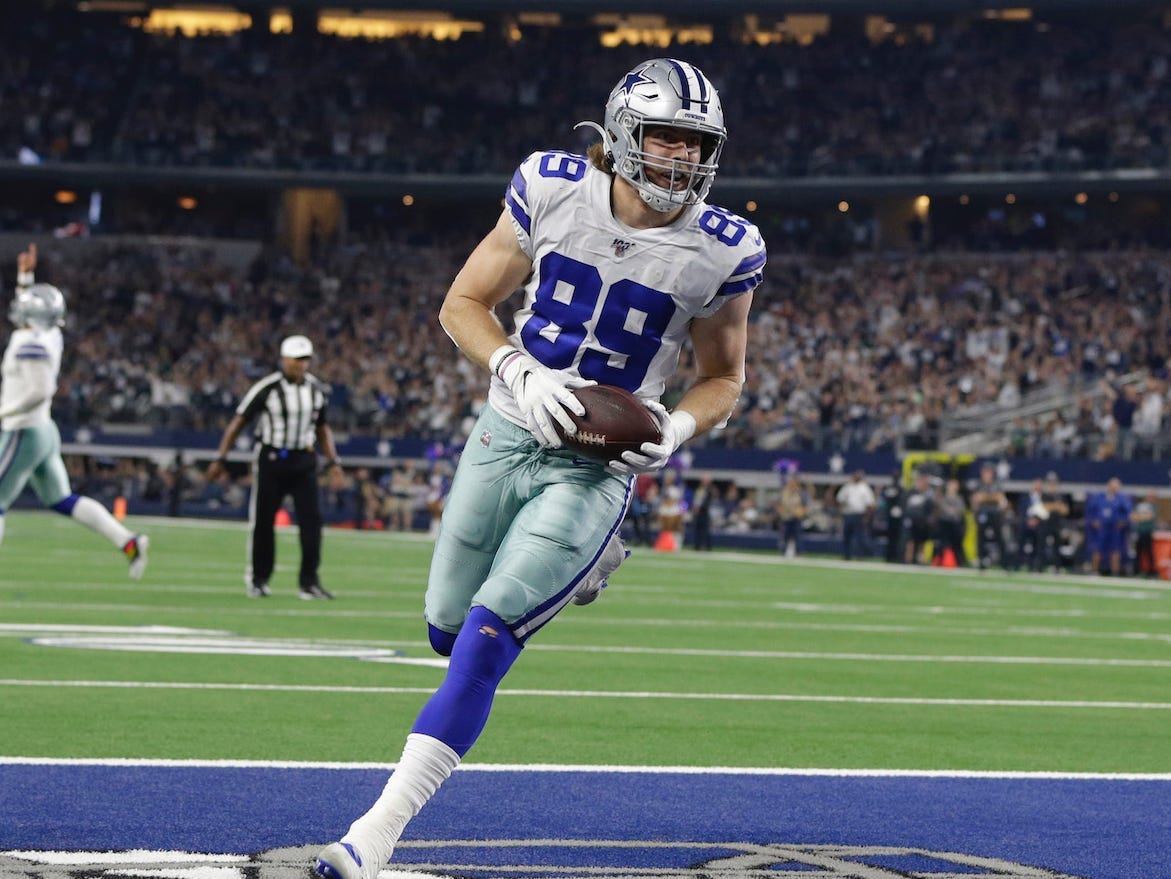 Why he could be a steal: Jarwin had 41 targets last year and should get many of the 87 targets Jason Witten is leaving behind. It’s imperfect maths, but only four tight ends had 100 or more targets last year – if Jarwin hits that number, he’ll have a great opportunity to be among the best tight ends in fantasy, even in an offence with a lot of mouths to feed. By the way, Jarwin averaged three more yards per reception than Witten last year. 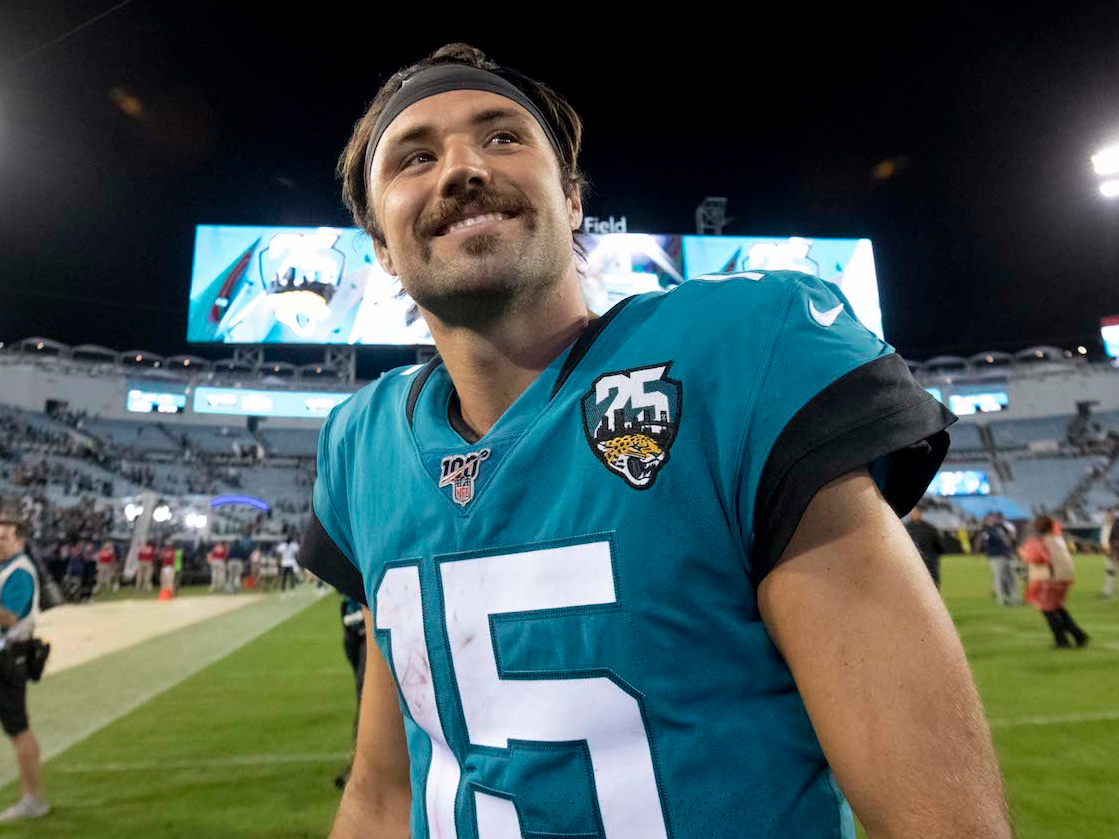 Why he could be a steal: Minshew finished as QB20 last year while only making 12 starts. He rarely turned the ball over and had 344 rushing yards, but no rushing touchdowns. In Year 2, as the clear-cut starter in Jacksonville, Minshew has a great opportunity to outperform his draft position, especially if he finds the end zone on some rushing attempts. Jacksonville also figures to trail in a lot of games, meaning Minshew will have the chance to air it out. He could be like Blake Bortles in 2015 when he finished as QB4 almost entirely on volume – but, you know, better. 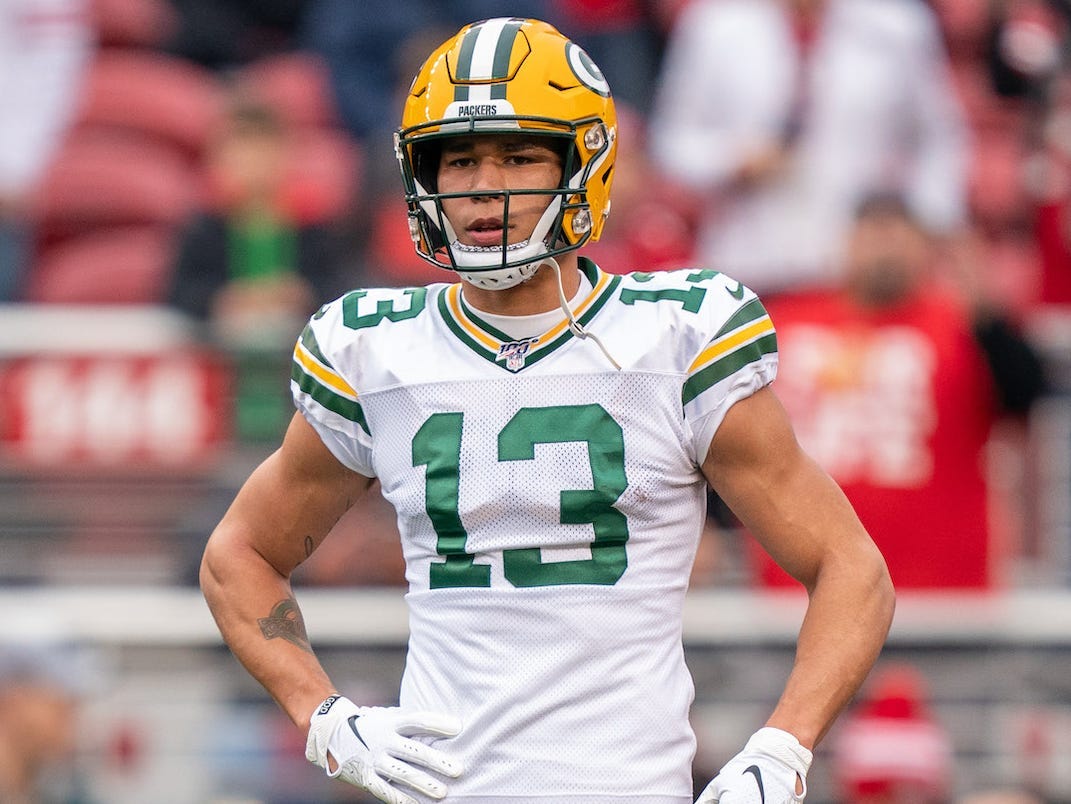 Why he could be a steal: Who, exactly, is the Packers’ No. 2 receiver? They didn’t add one in the draft. Geronimo Allison left in free agency. They signed Devin Funchess, but he opted out of the 2020 season. That leaves Marquez Valdes-Scantling, who flopped in 2019 after preseason hype, Equanimeous St. Brown, who missed the entire 2019 season with an injury, and Lazard, who Aaron Rodgers campaigned for in 2019. That’s a good sign. Lazard posted 35-477-3 while making just three starts in 2019. Given the lack of depth on the Packers roster, could Lazard come close to doubling those numbers this year? It’s pure conjecture, but only 31 receivers finished with more than 60 catches and 700 yards last year.

Now, check out some NFL players who underwent transformations after football… 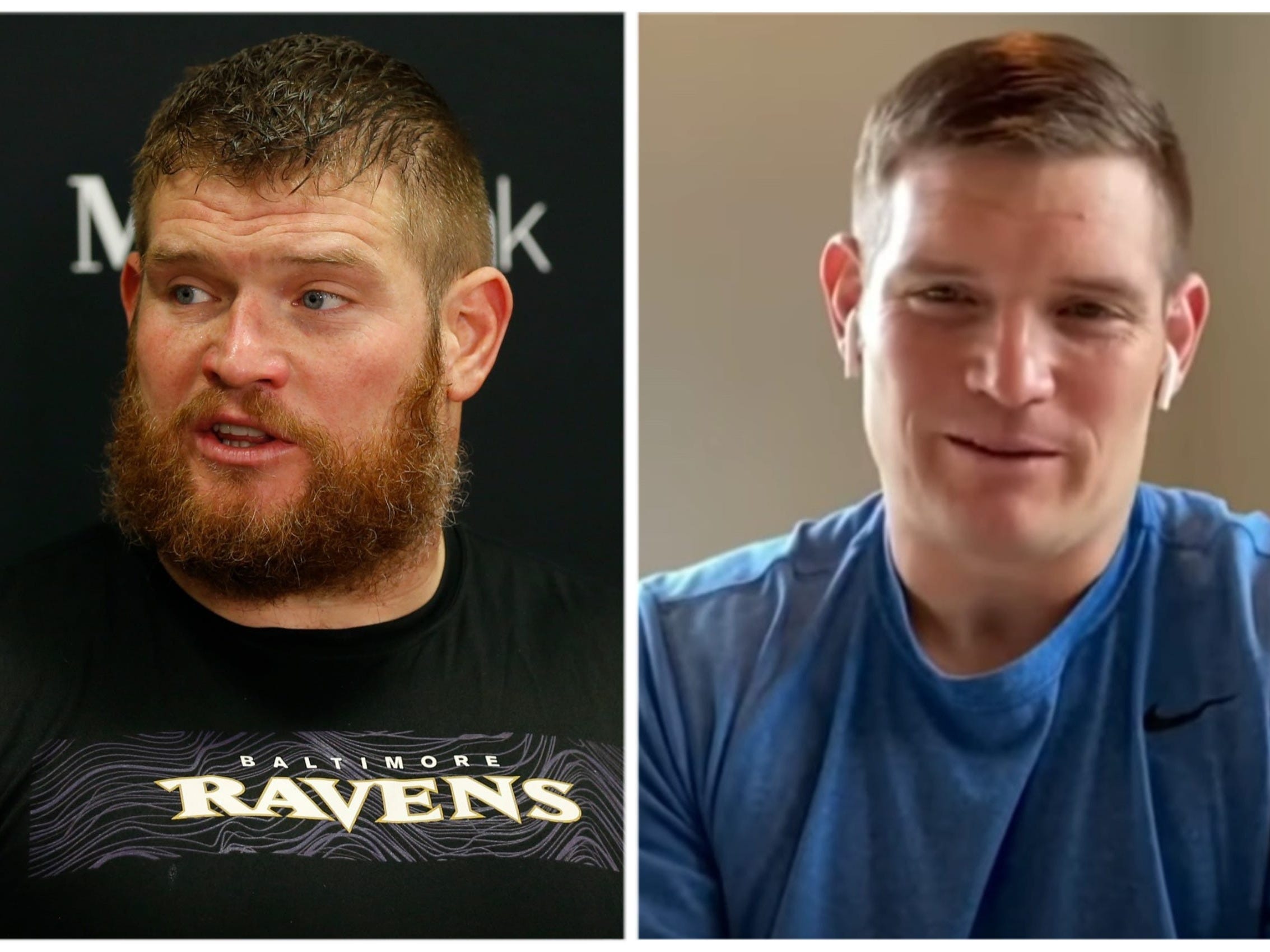