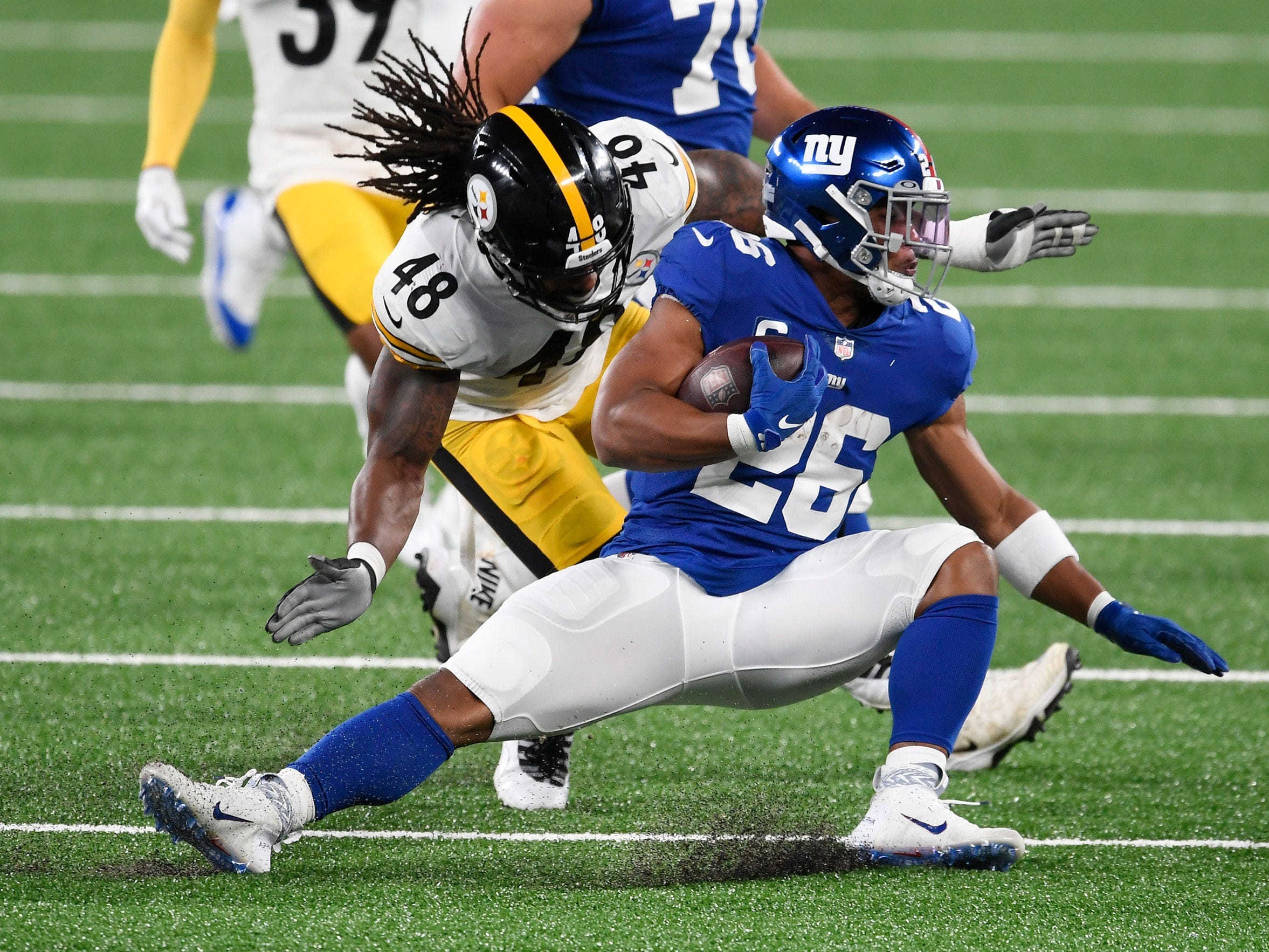 Sarah Stier/Getty ImagesSaquon Barkley cost bettors on FanDuel a healthy sum thanks to his dismal night rushing the ball.

FanDuel bettors learned the hard way on Monday night that there’s no such thing as a sure bet.

As the Monday night game between the New York Giants and Pittsburgh Steelers went to halftime, FanDuel promoted what looked like an easy money bet to users looking to get in on the action, offering Saquon Barkley at even odds to go over 9.5 rushing yards on the night.

With a maximum bet of $US50, bettors could back Barkley to finish the game with 10 rushing yards or more and double their money.

The Steelers D has been all over Saquon and the Giants offense, so we're giving you a boost ????

Get involved in this second half odds boost before it's too late!

Up until that point, the Giants had struggled on the ground â€” Barkley actually had -3 rushing yards in the first half thanks to several impressive stops by the Steelers defence.

This Steelers defense has the potential to be scary. pic.twitter.com/hHJDPQR4Xt

Given that he was already in the negative, Saquon actually needed 13 rushing yards in the second half to cash for bettors.

But even with the stellar play from the Pittsburgh defensive front, for many bettors, it was an offer too good to refuse. Barkley is one of the premier running backs in the league â€” there was no way the Steelers could hold him back for the whole game, right?

Saquon Barkley had 15 rushes for just 6 yards Monday night, tied for the second-fewest yards by any player with 15+ rushes in a game since the 1970 merger.

The Steelers defence continued to utterly dominate the Giants at the line, and Saquon’s rushing attempts continued to end before they could begin. Saquon finished the game with just six rushing yards after an unreal performance from Pittsburgh.

$50 bet down the drain pic.twitter.com/Kj7Frz5Vsu

….just how did we lose this bet pic.twitter.com/3FIuKBGJbO

As it turns out, many potential bettors were actually saved by the bell because of how quickly the option to take the bet closed. Before the game reached its closing minutes, many of the replies to FanDuel’s original tweet were from bettors who had been hoping to get in on the action.

Those bettors had no idea how lucky they were.

To be fair to those that lost their bet, they were right to put their money down â€” FanDuel made an offer that was too good to refuse. But in sports betting, the outcome still has to be decided on the field, and as Barkley and the Steelers showed on Monday night, anything can happen.

NFL players say they were frazzled by the lack of fans at their first games: ‘This felt more like a high school scrimmage’