A Phoenix family's year-long savings sprint helped them save $24,000 to buy their first home and provide a launching pad for their second 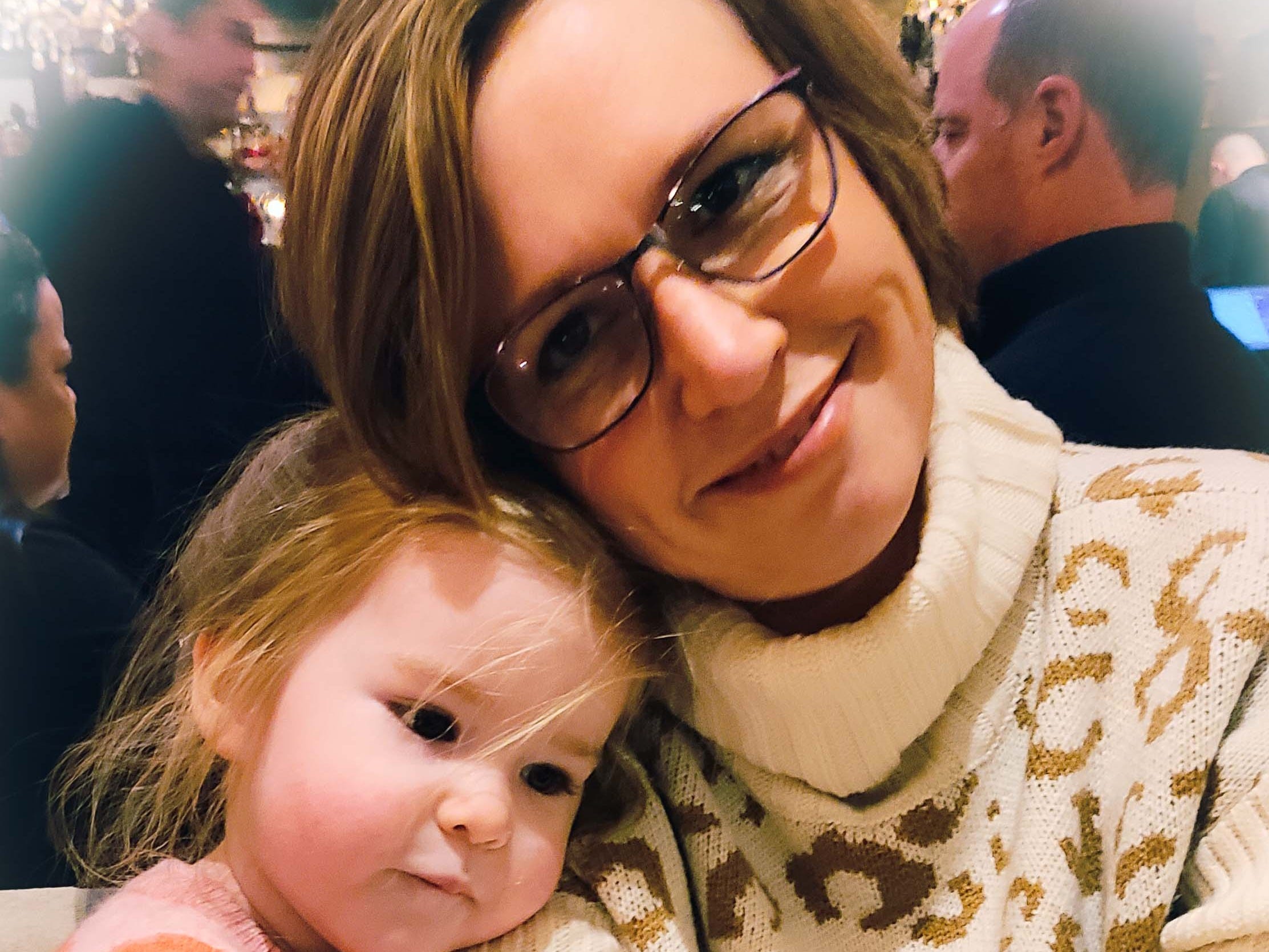 In 2016, Shelley Stevens and her husband, James, were starting fresh. After moving to Phoenix, Arizona and living together for the first time, they decided they were going to need some more space to start their own household and family together.

By the middle of the year, they decided to start saving to buy a house. “At the time we were renting a home in North Phoenix. We didn’t have any like specific plans, but we wanted to be ready when we found the right thing,” she told Business Insider.

Stevens, a healthcare finance executive at a radiology company, and James started saving aggressively to meet this goal. According to Zillow data, the median home value in Phoenix was about $US205,000. Saving 20% down for a home in their area meant saving about $US40,000. Even though they didn’t have a specific place or home purchase budget in mind, they wanted to have cash on hand to pounce on a good deal.

Since they didn’t have any other savings to start with, they started a high-yield savings account and a plan. They decided to save $US2,000 per month, and started cutting costs and adding extra income to make that possible.

For this couple, earning more and spending less was key to their savings strategy. James took up a side gig flipping cars on top of his day job importing cars. They rented a home that was far less than they could have afforded at the time, and Stevens’ mother also moved into their rented house, subletting a room. “Managing our rent expenses was very key to making it work,” Stevens said. They also stopped dining out to save cash and ramp up their savings.

It took them a year to meet their goal of $US24,000 saved for their home purchase. Along with a $US20,000 bonus Stevens received in April after her company was sold, they had enough money to buy a house by July 2017.

They didn’t rush to buy something even though they’d met their goal. Instead, they wanted to wait for something that they felt not only would be great for their growing family, but also would appreciate in value.

After a long wait, they found their home by accident

“I was about eight or nine months pregnant when we started watching this house,” Stevens said. As their lease was coming due and the baby was on the way, the timing seemed right. “It was just two streets over from our rented house, and it had dropped in price. We watched it drop every week, and it went down to like $US315,000,” she said.

One day, they noticed an open house at the property they had been watching, so they decided to drop in. “It was perfect for our family’s needs at the time,” she said, plus they felt it had potential to appreciate.

Their down payment was only the beginning of their journey

After buying their house and having their first baby, Stevens was laid off from her job about six months after her company was sold in April 2017.

They ended up staying in their new Phoenix home for about two years, using the leftover money from their savings to renovate a master suite over the garage, re-carpet the stairs, re-paint the interior, and buy a washing machine and dryer. Eventually, they decided to sell their home when Stevens got a job opportunity in Oregon. It appraised for $US43,000 more than they had bought it for two years prior, and they used the profit from the appreciation on their home to fund a move to Oregon, where home values are higher.

Ultimately, their one-year savings sprint made not only their dream of owning a home possible, but also laid the foundation for their future home purchases. While things have changed for the family, including undertaking a cross-country move and having another child, the down payment they started saving for back in 2016 was only the beginning of their journey with homeownership. For this family, spending a year saving for their down payment opened other opportunities later.