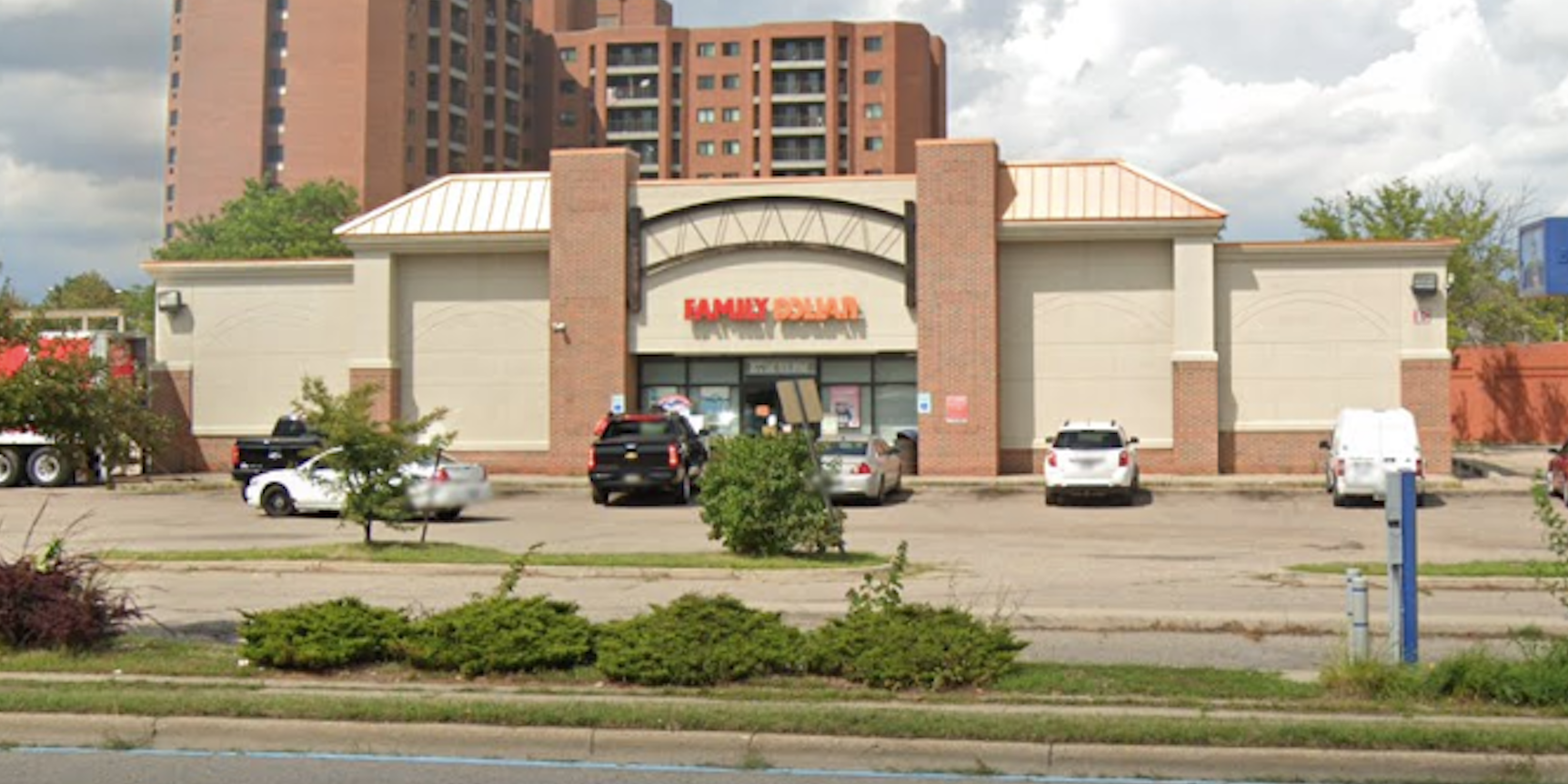 Google Street ViewA security guard at this Family Dollar in Flint, Michigan, was fatally shot Friday after getting into a confrontation with a customer over the state’s face-mask rules, prosecutors said.

A Family Dollar security guard was fatally shot after getting into a fight with a woman over the state’s face-mask policy, prosecutors in Michigan said.

Calvin Munerlyn, 43, died Friday afternoon after the deadly altercation at the Family Dollar store in the city of Flint, where he’d worked for the past year.

He was married with six children and three stepchildren. 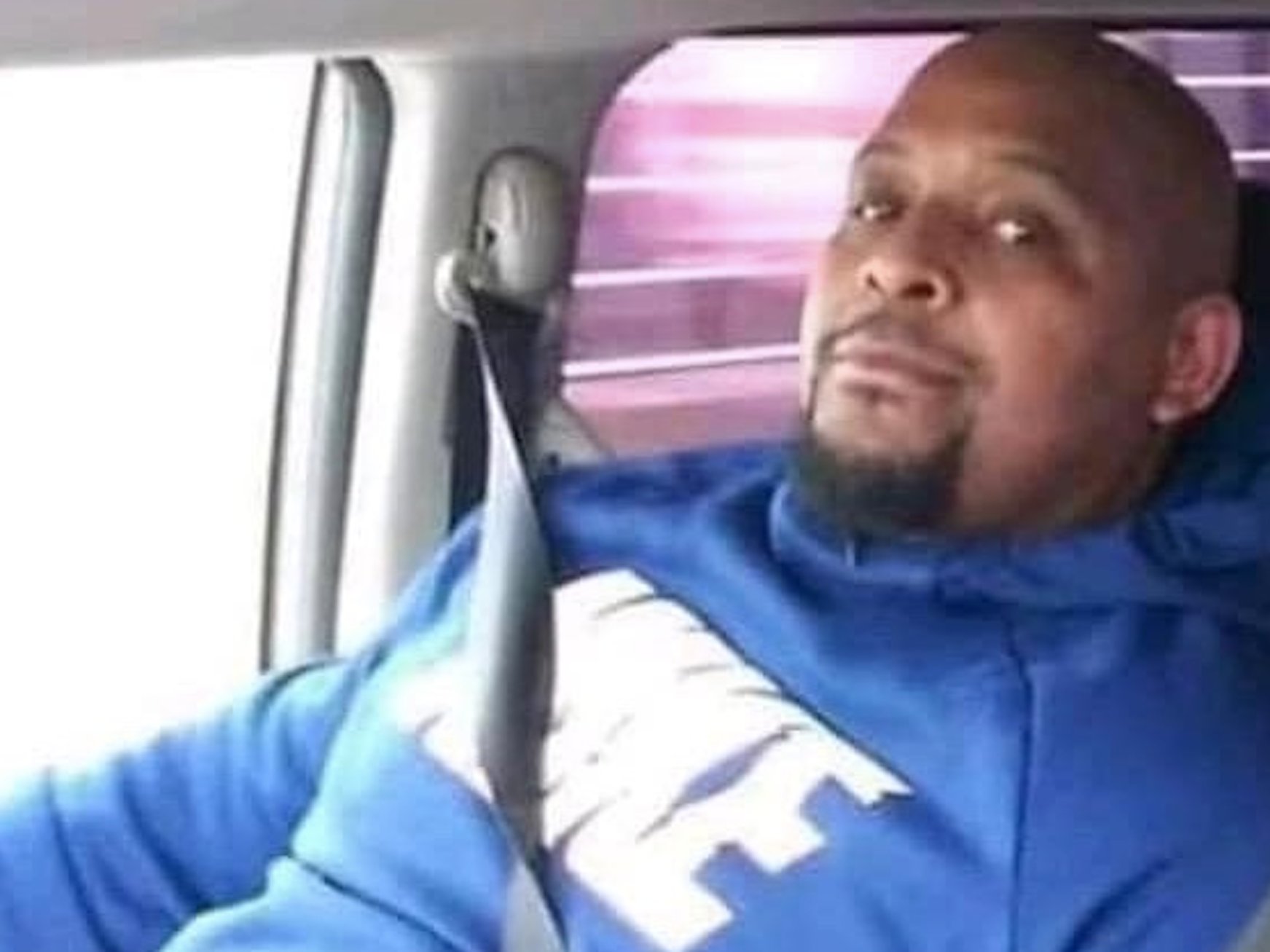 During a Monday press conference, Genesee County prosecutors said that at about 2 p.m. on Friday, Munerlyn stopped two people from trying to enter the store: Sharmel Lasse Teague, 45, and her daughter.

He stopped them, the officials said, because the daughter, who was not named, was not wearing a face mask.

A Genesee County prosecutor, David Leyton, said Teague “began yelling at Munerlyn and spit at him and Munerlyn told her to leave the store and instructed a cashier not to serve her.”

Prosecutors said Larry Teague accused Munerlyn of “disrespecting his wife” and Bishop then shot Munerlyn in the back of the head.

When the police arrived, Munerlyn was said to be “unconscious and bleeding from his head.” He was taken to Hurley Medical Centre, where he was pronounced dead, according to The Detroit News.

“From all indications, Mr. Munerlyn was simply doing his job in upholding the Governor’s Executive Order related to the COVID-19 pandemic for the safety of store employees and customers,” Leyton, the prosecutor, said in a statement.

Sharmel Teague, Larry Teague, and Ramonyea Bishop have since been charged with first-degree murder and other firearms charges.

Sharmel Teague was arrested and is awaiting arraignment, while her husband and her son have not been caught. Authorities say they should be considered armed and dangerous.

A GoFundMe created for Munerlyn’s family had raised more than $US153,000 as of Tuesday morning.

Munerlyn’s widow, Latryna Sims-Munerlyn, told MLive.com that he had worked in security for about three decades and that one of his sons worked at the same Family Dollar.

The community continues to remember #CalvinMunerlyn, affectionately known as Duper.

Candles, balloons & signs lay across the entrance of Family Dollar, where Munerlyn worked as a security guard before he was killed.@midmichigannow pic.twitter.com/gFuUctPwgv

“I need them to know this is my heart, my world, and they can’t stop his legacy out here. They can’t,” she said. “He’s going to always live through me and his babies. Always.”

“It is incredibly sad that in this crisis that this life was lost,” Whitmer told reporters in response to Munerlyn’s death.

“We are mindful of how important it is that people keep a level head, that we do the right thing protecting ourselves and others.”