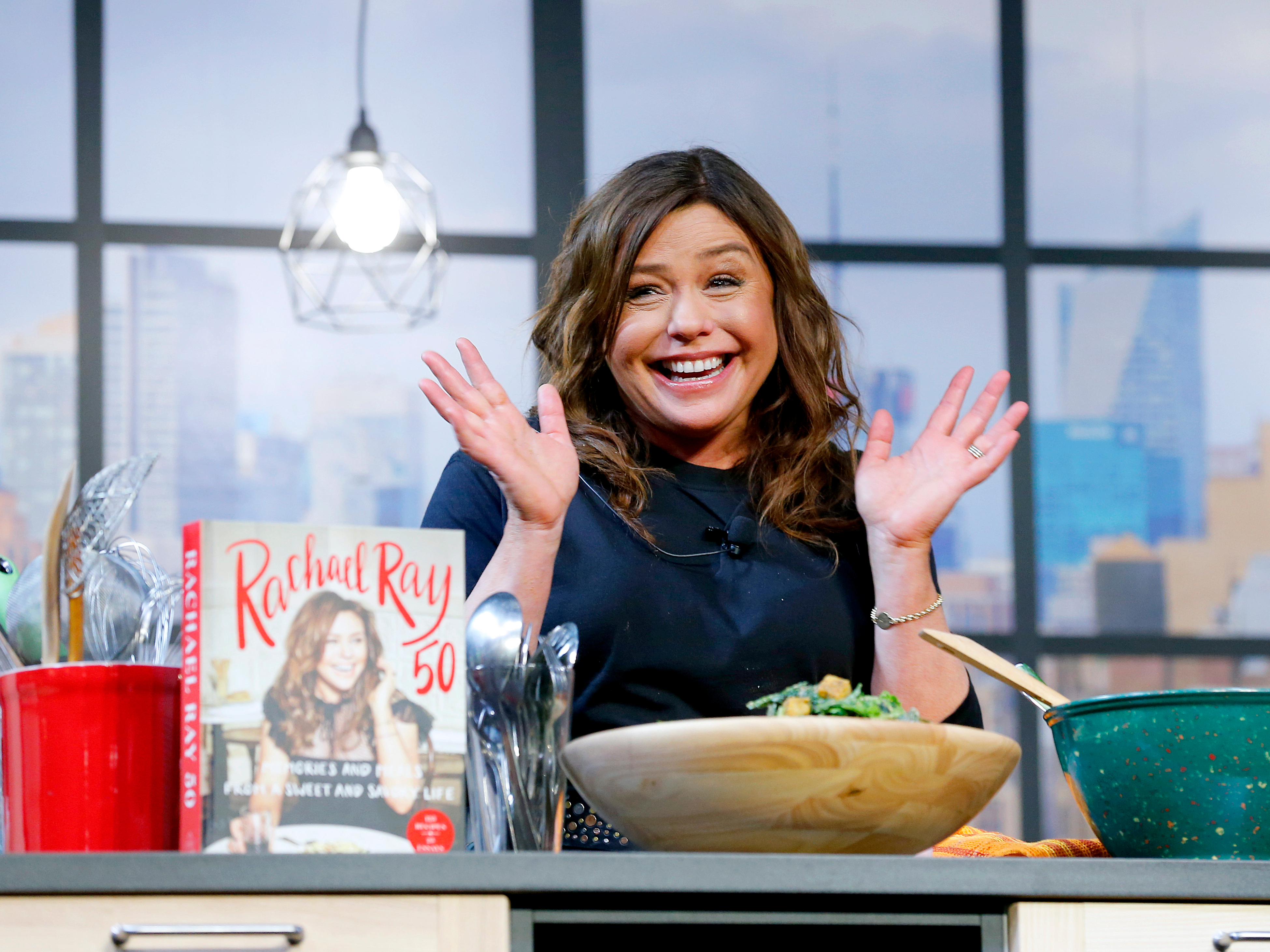 Rachael Ray is one of the most successful chefs to come out of Food Network, though she still refers to herself as a home cook.

Since the early 2000s, Ray has been inspiring food lovers worldwide to cook her simple, quick, and crowd-pleasing recipes.

However, even the biggest fans of Rachael Ray may not know that Ray was once a waitress, hates wearing heels, and would never turn down a Whopper from Burger King.

Here are 14 things you probably didn’t know about Rachael Ray. Aaron Davidson/Getty ImagesRachael Ray with her book ‘Everyone Is Italian on Sunday.’

“My grandfather knew how to make everything, and fortunately he taught my mother. There are too many recipes to think of picking a favourite, but if I had to: stuffed artichokes, with tons of anchovies, bread crumbs, and cheese,” she told Rachael Ray Magazine.

She was bullied for bringing a sardine sandwich for lunch on her first day of school. Her grandfather then told her not to listen to them, which had a lasting impact on her. 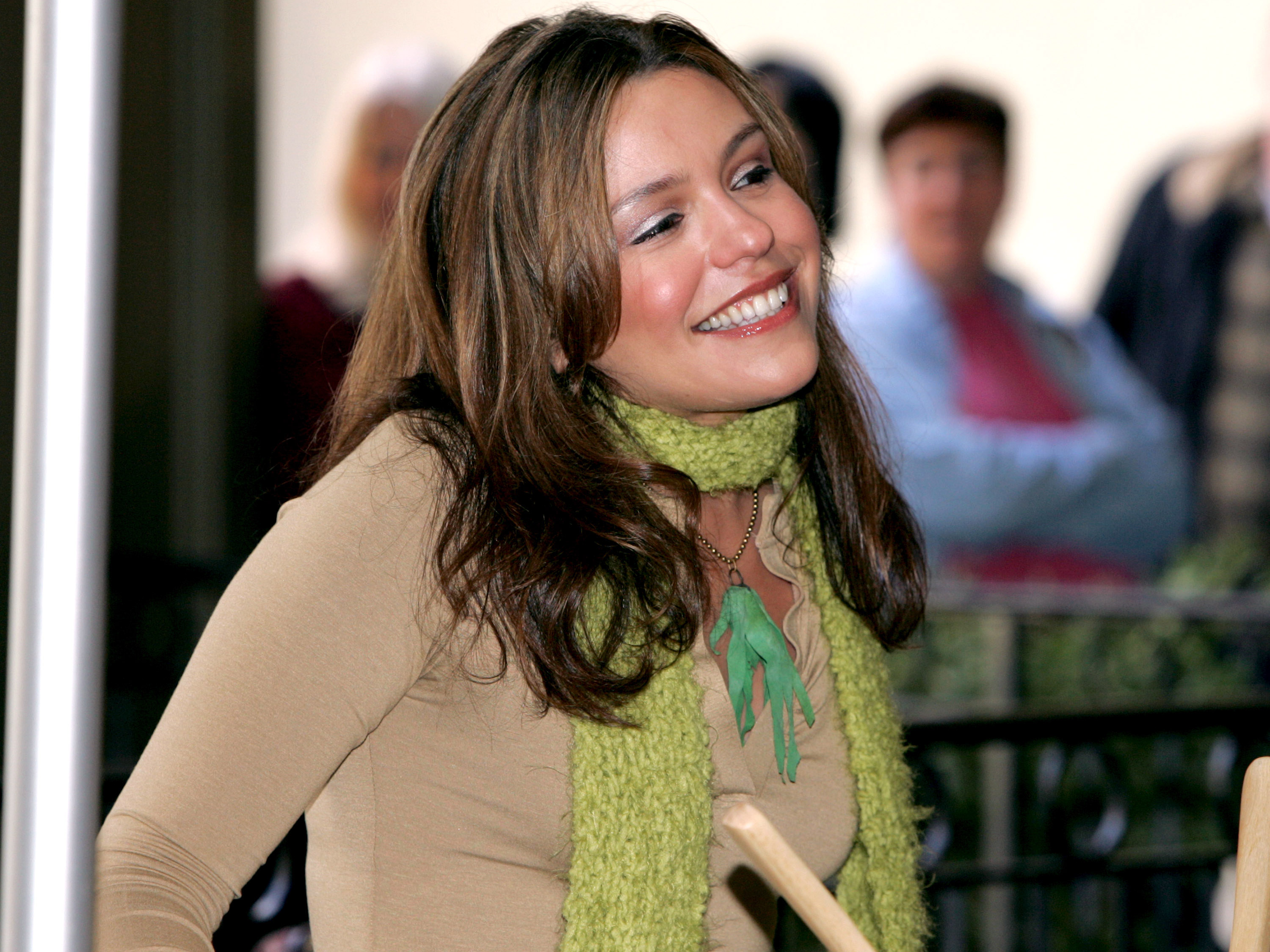 Ray achieved fame after her successful “30 Minute Meals” classes at a food market were noticed by a local news station. Ray was later signed by Food Network in 2001 and given her first book deal. “30 Minute Meals“ was so popular that Food Network offered her three other TV shows – “$US40 a Day,” “Inside Dish,” and “Rachael Ray’s Tasty Travels.” “Every time I put high heels on and I have to go somewhere in a dress, I feel uncomfortable,” she told NPR. “I’m not supposed to be at the party … I don’t want people looking at my body or what I chose to wear that day. I don’t care who made my shoes. I just don’t. And so I can’t be something that I’m not. It’s the truth.”

Ray doesn’t have a sweet tooth, but she does love wine. “I really don’t like sweets,” she said in an interview that appeared in Rachael Ray Magazine. “However, my mum and I used to eat the nuts out of maple walnut and butter pecan ice cream at Howard Johnson, where I worked.”

In 2006, Ray told Diane Sawyer she couldn’t live without visiting her favourite winery on Long Island each fall.

Burgers are also one of her favourite foods. 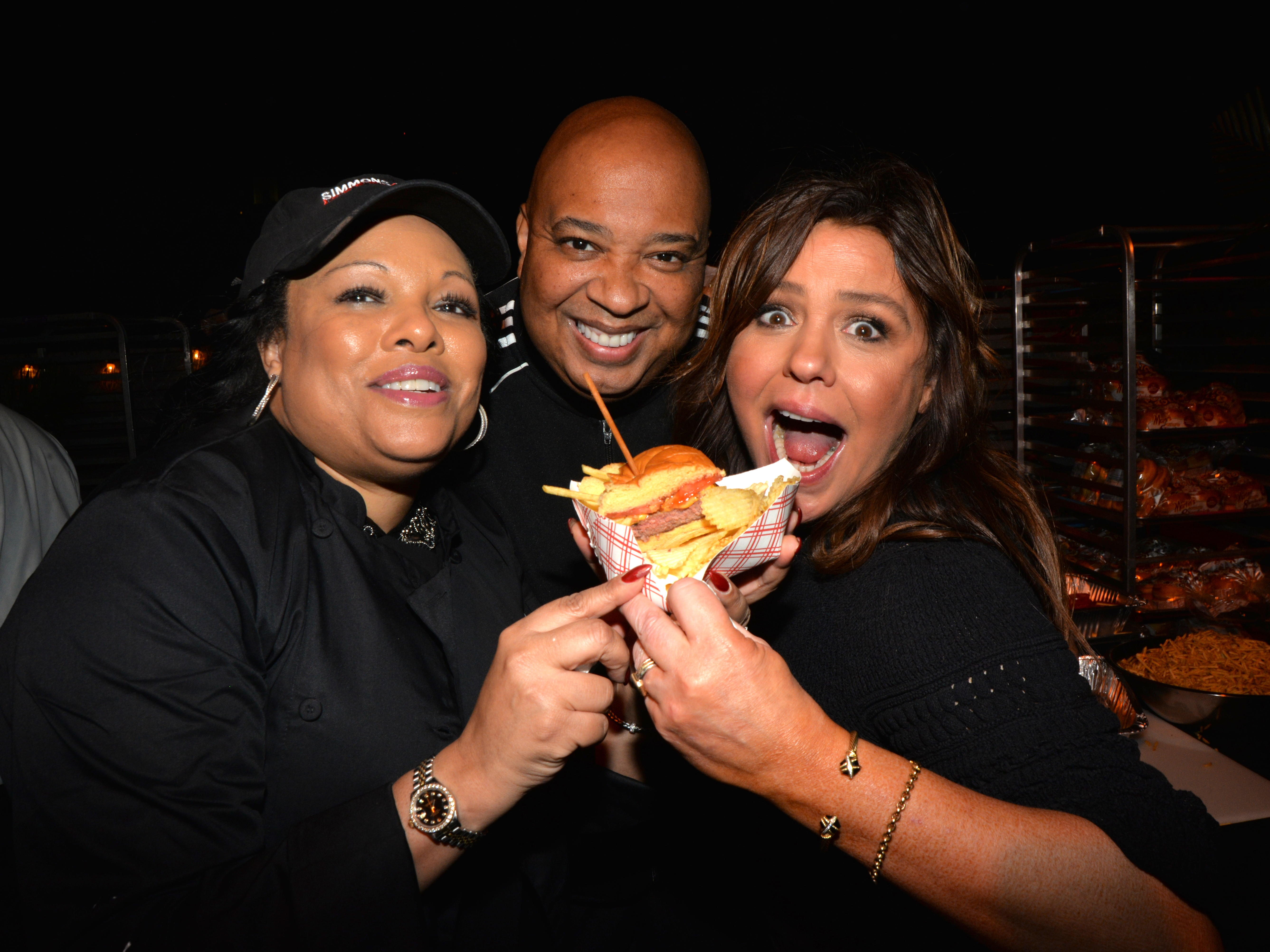 “Meat for dinner is my favourite. I’m a burger-obsessed person. I love burger night – I love ground meat of any kind!” she told Food Network.

She eats peppers, onions, and hot peppers on her pizza. “I didn’t grow up with processed food or food colouring or snack cakes or anything like that. But, you know, I eat chips and pizza like everyone else. I just try to eat them in moderation,”she said.

Her favourite place to grab a slice of pizza in New York City is Lombardi’s because “it’s the oldest in the country.”

Rachael Ray has been married for 15 years. When Ray first met her husband, John Cusimano, she tried to set him up with her friend.

“I was going to set him up with a friend of mine – another handsome Italian man – and he said, ‘Oh, I’m not gay,'” Ray told People.

The couple ended up talking until 4 a.m. They were married on September 24, 2005, in an Italian castle before honeymooning in Africa.

“We actually like each other, have a lot of the same interests, and find it sexy to share bad behaviour, like staying up too late, eating the wrong foods, and listening to loud music,” Ray said.

Rachael Ray and her husband love all different kinds of music. 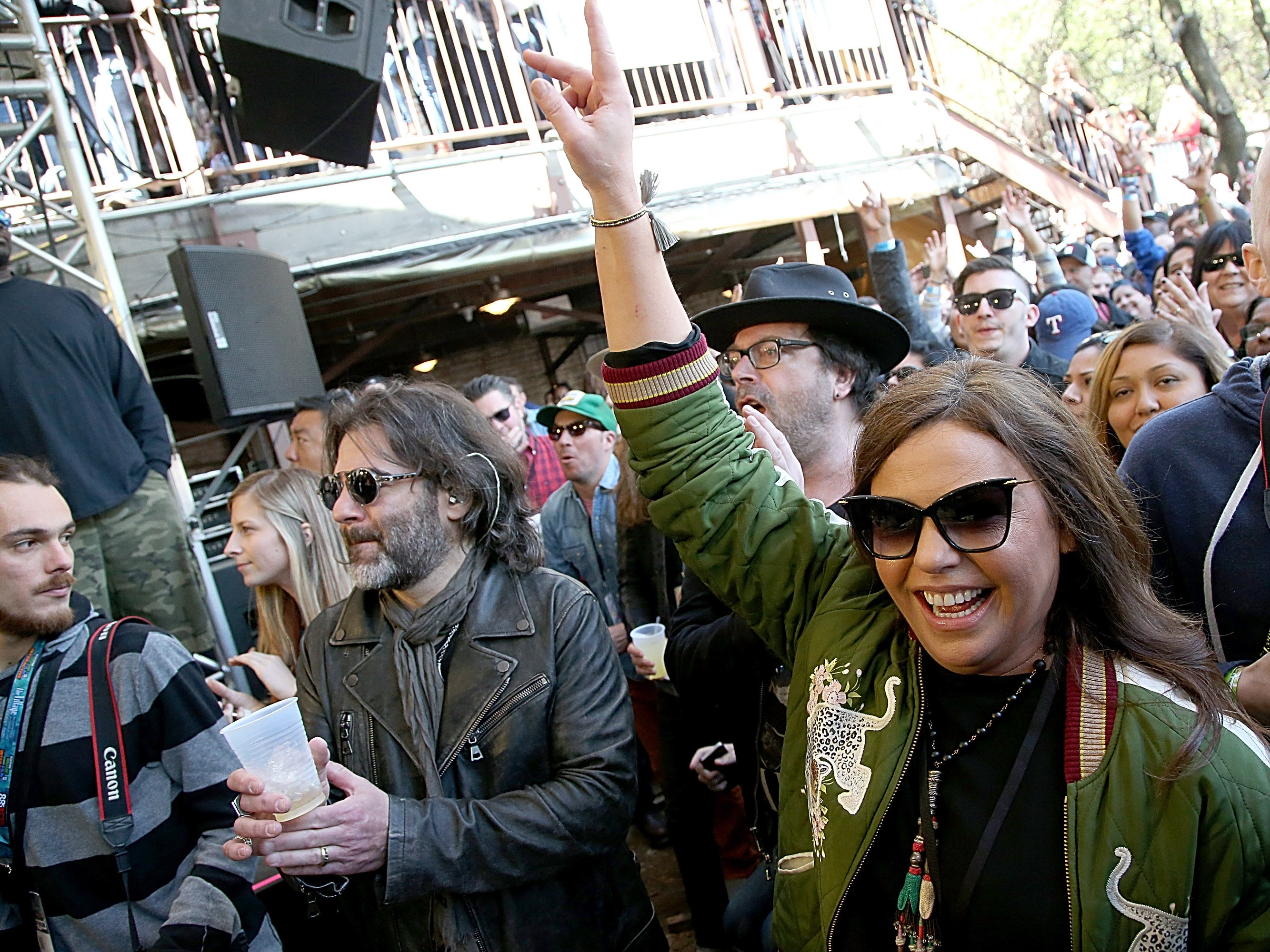 “We are obsessed with our music and we listen to everything,” she told USA Today. “We love rap. We love opera. We love classic rock and good pop. And that is what we try to put into the mix and we have done that every year.”

Ray and her husband frequently attend the music festival SXSW, and Ray has attended the festival herself for over 20 years.

“I fell in love with this city, because, to me, it was utopian,” she explained in a Vice Munchies podcast. 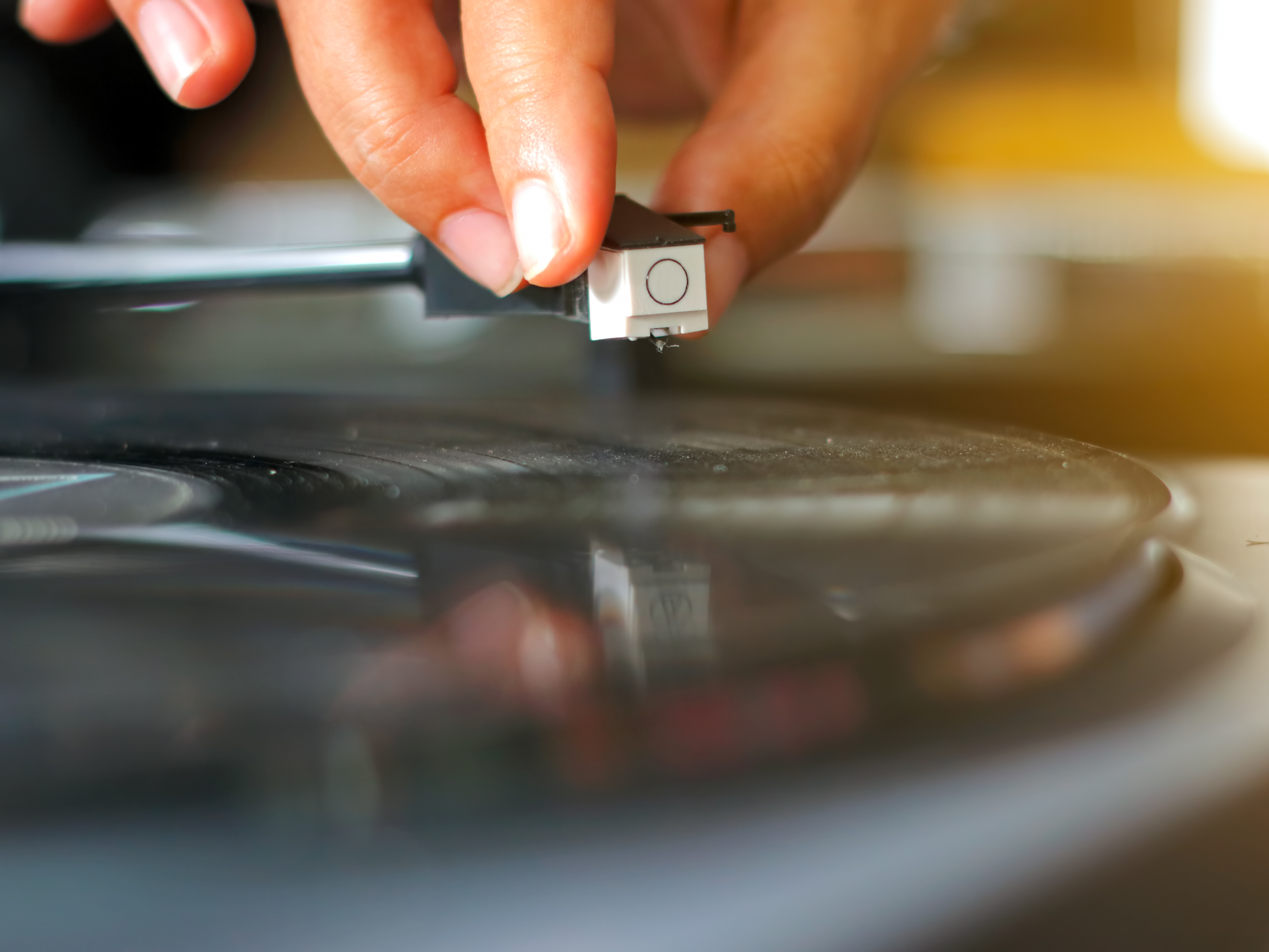 “My husband and I are big music junkies and we have an enormous vinyl collection with around 1,500 to 2,000 records,” she told Forbes in 2013. “That’s probably our favourite family past time: to listen to music with the dog.”

Ray and her husband decided to not have children together. In 2007, Ray spoke to People about why she and her husband decided to not have children.

“I work too much to be an appropriate parent,” she said. “I just feel like I would do a bad job if I actually took the time to literally give birth to a kid right now and try and juggle everything I’m doing.”

If she could have dinner with anyone dead or alive, it would be her first dog, Boo, and her grandfather. “If there is a heaven, that’s who I’d be partying with,” she told Food Network. “My grandpa would want spaghetti with a lot of sardines or anchovies and Boo would want butternut squash.”

Rachael Ray is now one of Food Network’s biggest stars. Since then, Ray has written multiple cookbooks. Ray’s pet food line, Nutrish, sold more than $US650 million worth of products in 2017, which was reportedly sold to Smucker in a $US1.5 billion deal in May 2018.

Celebrity Net Worth estimated she’s worth $US80 million.