18 relationship facts everybody should know before getting married 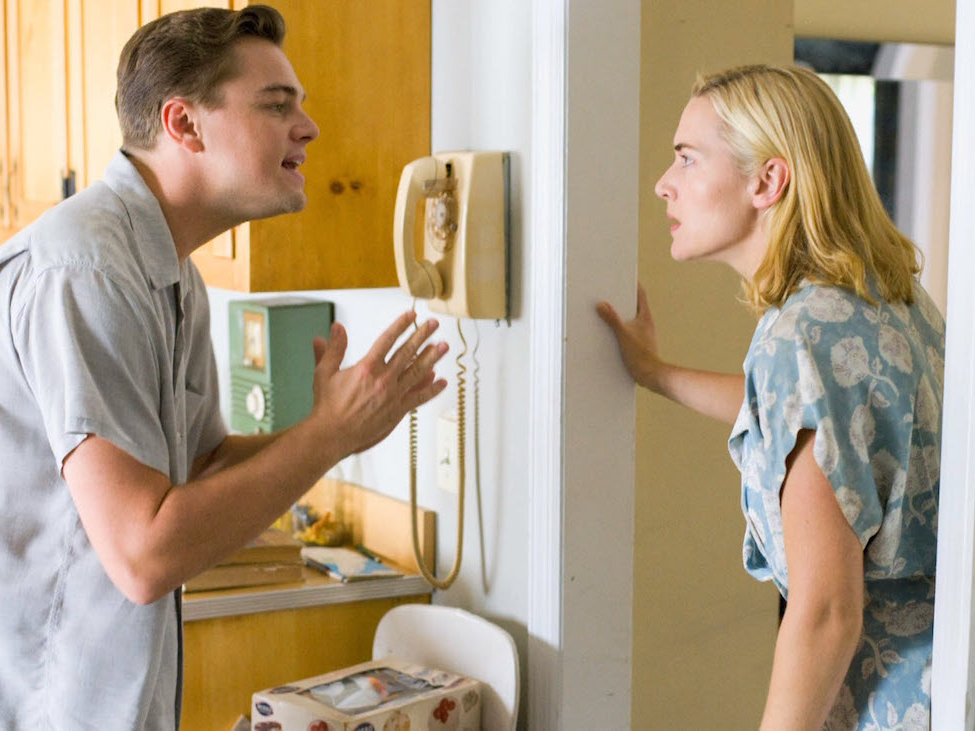 DreamWorksHere are red flags to be wary of before tying the knot.

Thinking about popping the question?

Before you do, consider the large and growing body of scientific research on relationships: what strengthens and weakens them and what predicts long-term success versus dissolution.

Below, we’ve put together a list of 18 nontrivial facts about relationships to consider before you hire a wedding planner.

Drake Baer contributed to an earlier version of this post.

If you wait until you’re 23 to commit, you’re less likely to get divorced. 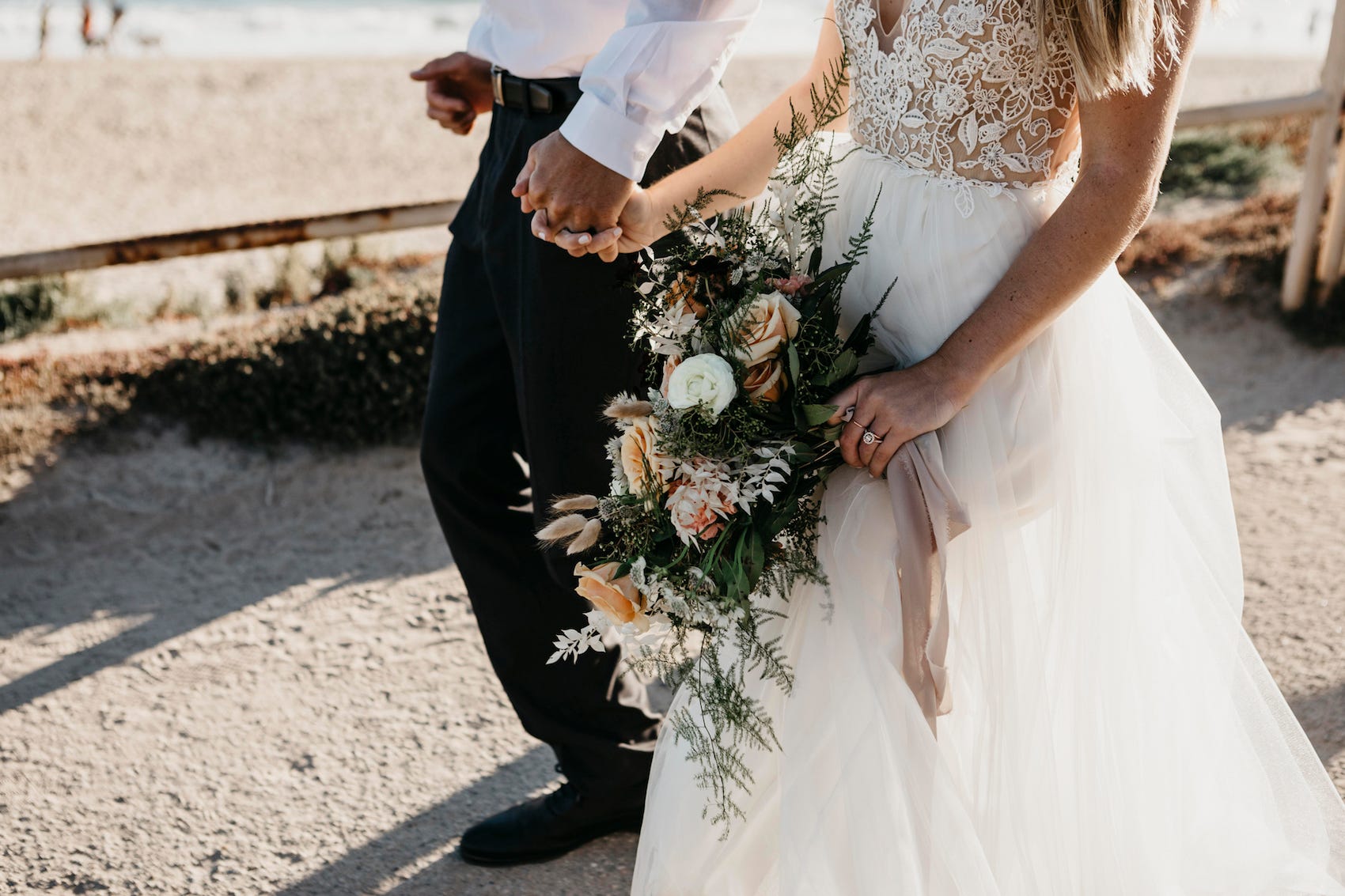 A 2014 University of North Carolina at Greensboro study found that American women who cohabitate or get married at age 18 have a 60% divorce rate, but women who wait until 23 to make either of those commitments have a divorce rate around 30%.

“The longer couples waited to make that first serious commitment [cohabitation or marriage], the better their chances for marital success,” The Atlantic reported.

The ‘in love’ phase lasts about a year. According to a 2005 study by the University of Pavia in Italy, it lasts about a year. After that, levels of a chemical called “nerve growth factor,” which is associated with intense romantic feelings, start to fall.

Helen Fisher, a psychologist and relationship expert, told Business Insider that it’s unclear when exactly the “in love” feeling starts to fade, but it does so “for good evolutionary reasons,” she said, because “it’s very metabolically expensive to spend an awful lot of time focusing on just one person in that high-anxiety state.” 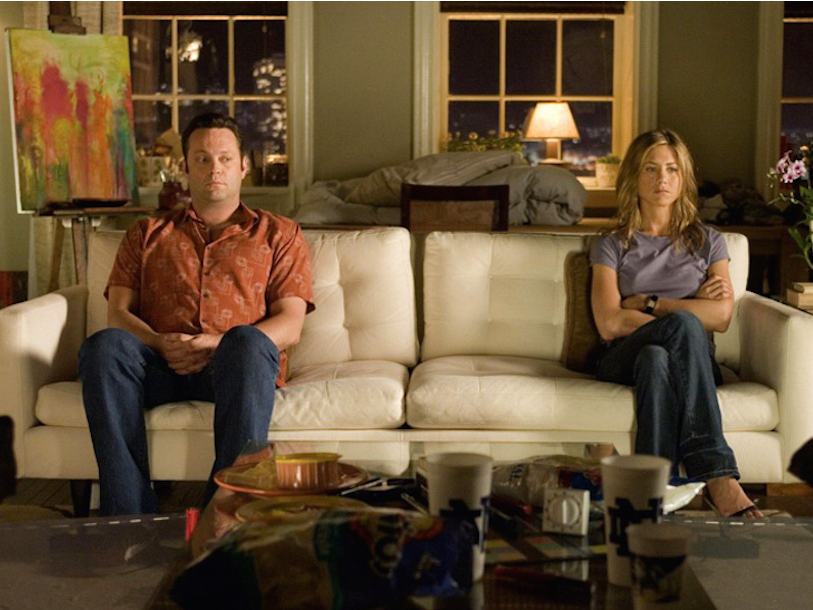 Back in the 1950s and ’60s, Canadian psychologist Eric Berne introduced a three-tiered model for understanding a person’s identity. He found that each of us have three “ego states” operating at once:

When you’re in a relationship, you relate to your partner on each of those levels:

While having symmetry across all three is ideal, people often get together to “balance each other.” For instance, one may be nurturing and the other playful.

The happiest marriages are between best friends. A 2014 National Bureau of Economic Research study found that marriage does indeed lead to increased well-being, mainly thanks to friendship.

Controlling for premarital happiness, the study concluded that marriage leads to increased well-being – and it does so much more for those who have a close friendship with their spouses. Friendship, the paper found, is a key mechanism that could help explain the causal relationship between marriage and life satisfaction.

The closer that partners are in age, the less likely they are to get divorced. 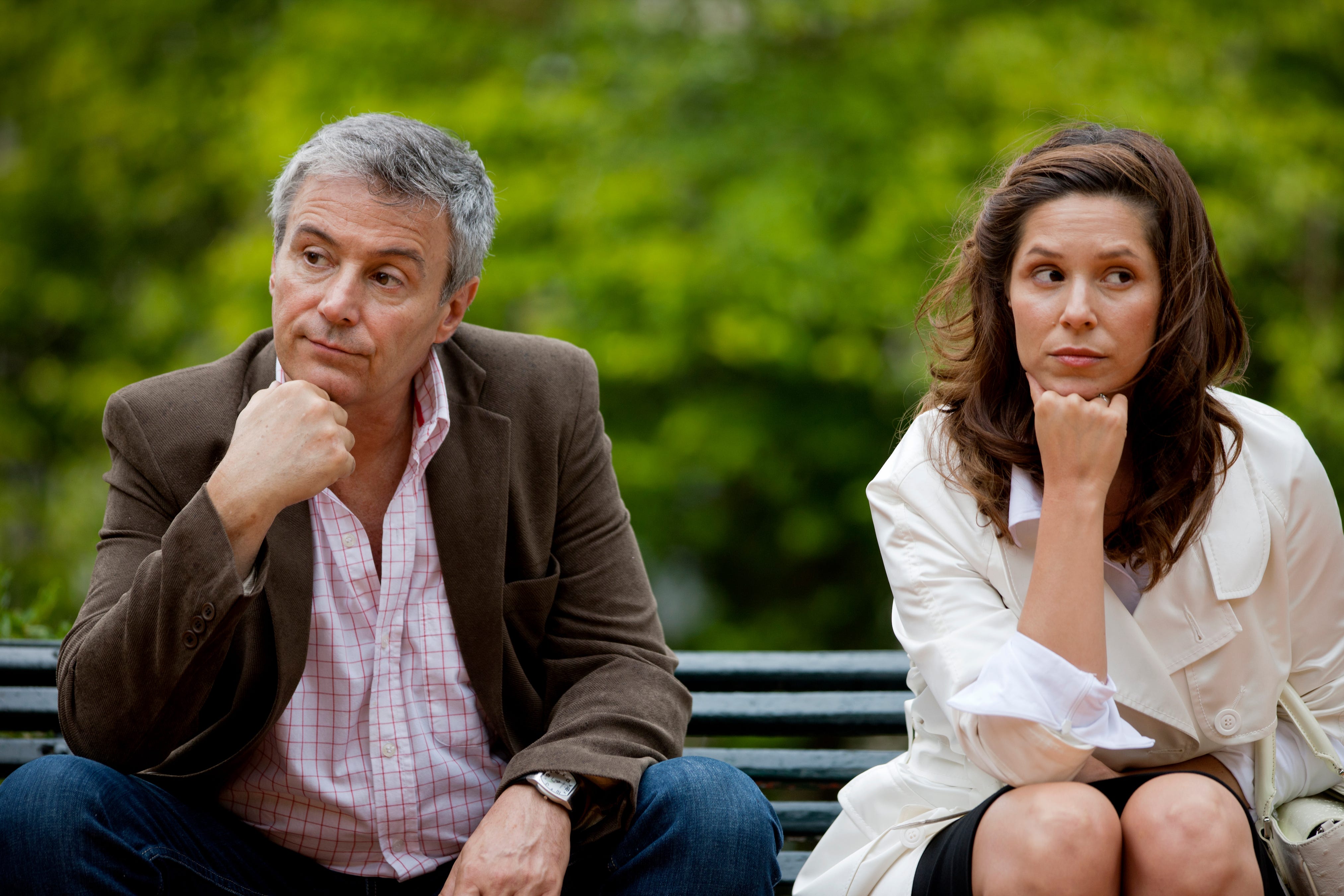 A study of 3,000 Americans who had ever been married found that age discrepancies correlate with friction in marriages.

If you get excited for your partner’s good news, you’ll have a better relationship. 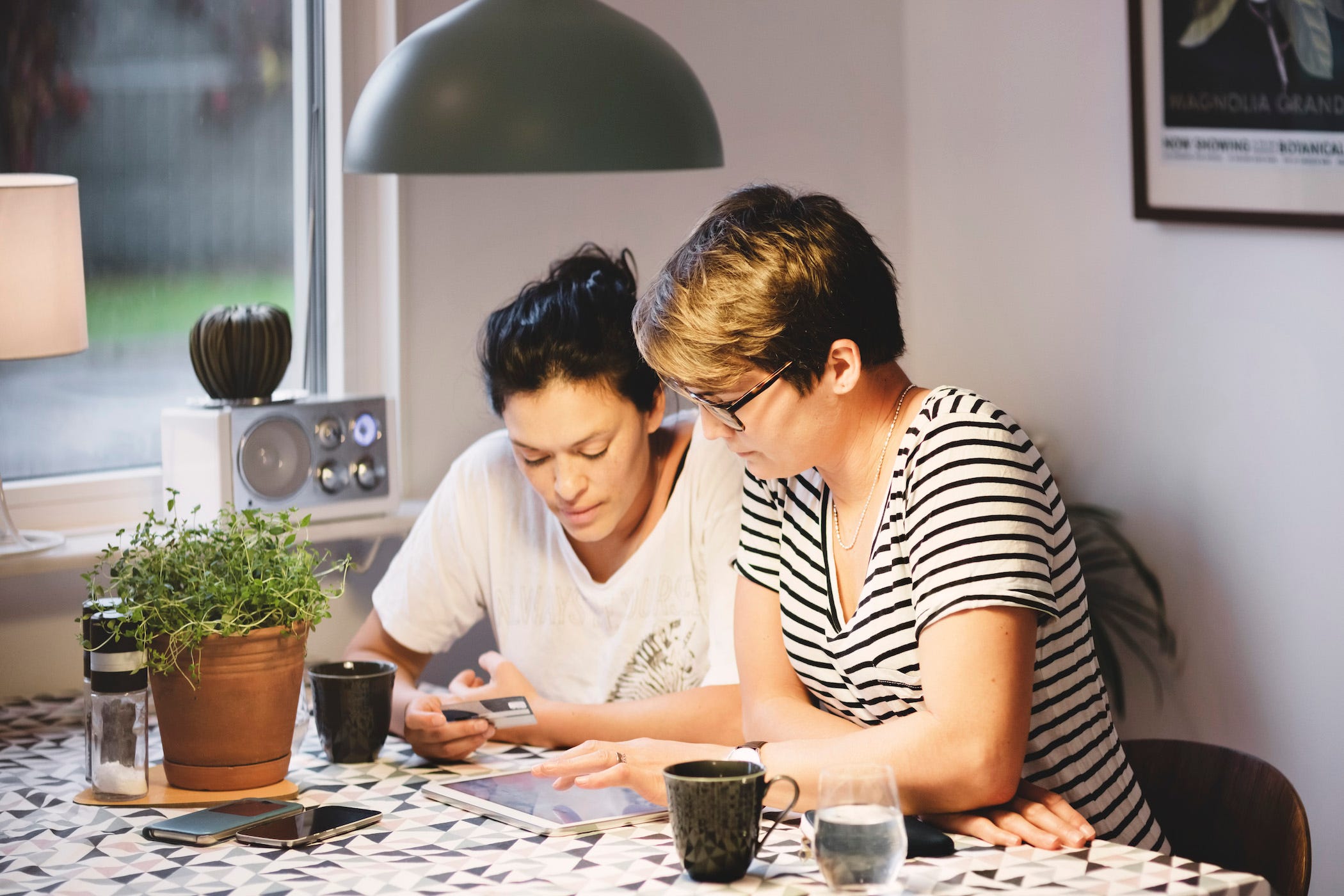 In multiple studies, couples that actively celebrated good news (rather than actively or passively dismissed it) have had a higher rate of relationship well-being.

For example, say a wife comes home to her partner and shares an accomplishment. An “active-constructive” response would be the best, according to Amie Gordon, a social psychologist at the University of California at Berkeley:

Resentment builds quickly in couples who don’t tackle chores together. 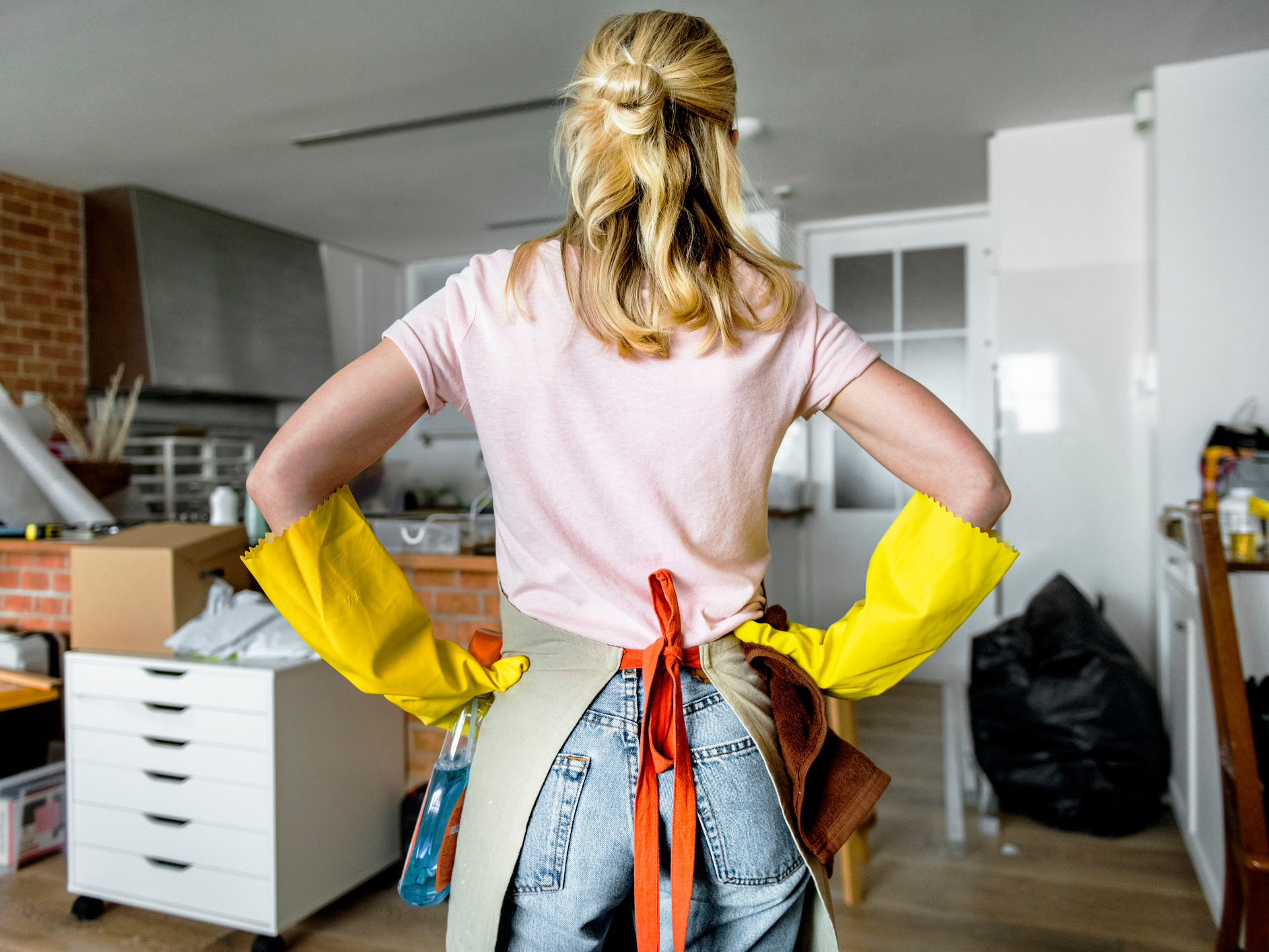 Over 60% of Americans in one poll said that taking care of chores plays a crucial role in having a successful marriage.

“It’s Not You, It’s the Dishes” coauthor Paula Szuchman recommends a system where each person specialises in the chores they’re best at.

“If you really are better at the dishes than remembering to call the in-laws, then that should be your job,” she writes. “It will take you less time than it will take him, and it will take him less time to have a quick chat with mum than it would take you, which means in the end, you’ve saved quite a bit of collective time.”

We have higher standards for marriage than ever before. Northwestern psychologist Eli Finkel has found that marriage in America has gone through three stages:

Before 1850, couples got hitched for the sake of food, shelter, and protection. Then with the Industrial Revolution, people had more leisure time, Finkel says, so we started looking for companionship in our partners. The ’60s brought a yearning for personal fulfillment through relationships, which we continue to strive for today.

If you’re moving in to ‘test’ the relationship, you’re probably not so confident in it. A 2009 study led by researchers at the University of Denver found that most couples moved in for other reasons besides test-driving their relationship before marriage.

In a 2016 Psychology Today column, one of the study’s authors explains what these findings might mean:

“It seems to us that many people who think about testing their relationship by cohabiting already know, on some level, what the grade of that test may be; they are hoping that the answer looks better over time.”

If you’re economically dependent on your spouse, you’re more likely to cheat on them. 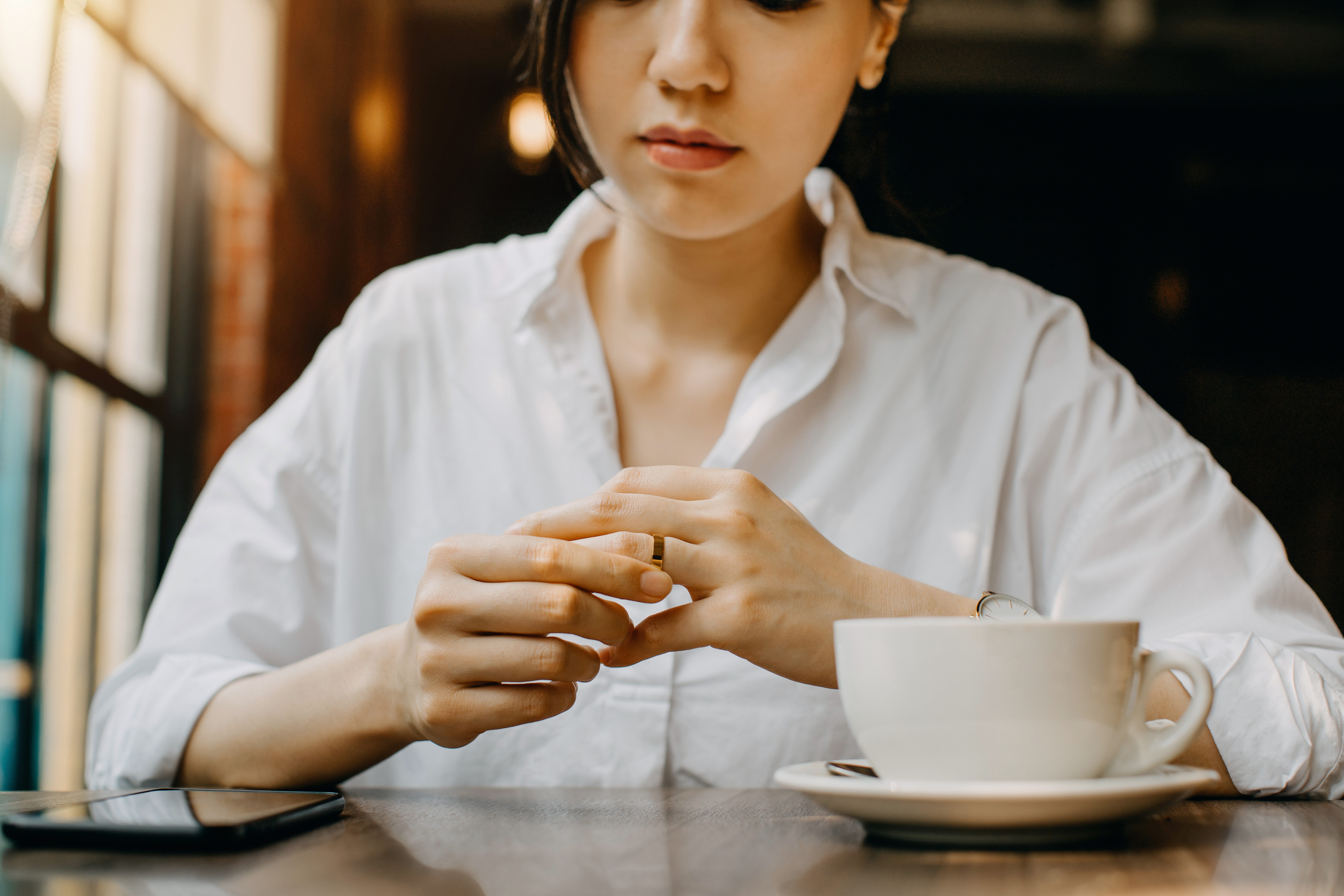 Contrary to popular belief, cheating isn’t necessarily more common among high-earning couples. The link between income and infidelity is more nuanced than that.

Research from the University of Connecticut suggests that a person who is economically dependent on their spouse is more likely to be unfaithful – and that’s especially true for a man who relies financially on a woman.

We think everyone except our own partner is cheating. You can’t trust anyone – except your boo, right?

A 2015 University of Calgary study found that heterosexual undergrads think the average member of the opposite sex has about a 40% chance of cheating on their partner. But those same participants said their own partner had only a 5% chance of cheating.

The rate at which participants said they’d ever really cheated on their partner? 9%.

Couples who appreciate each other are more likely to stay together. 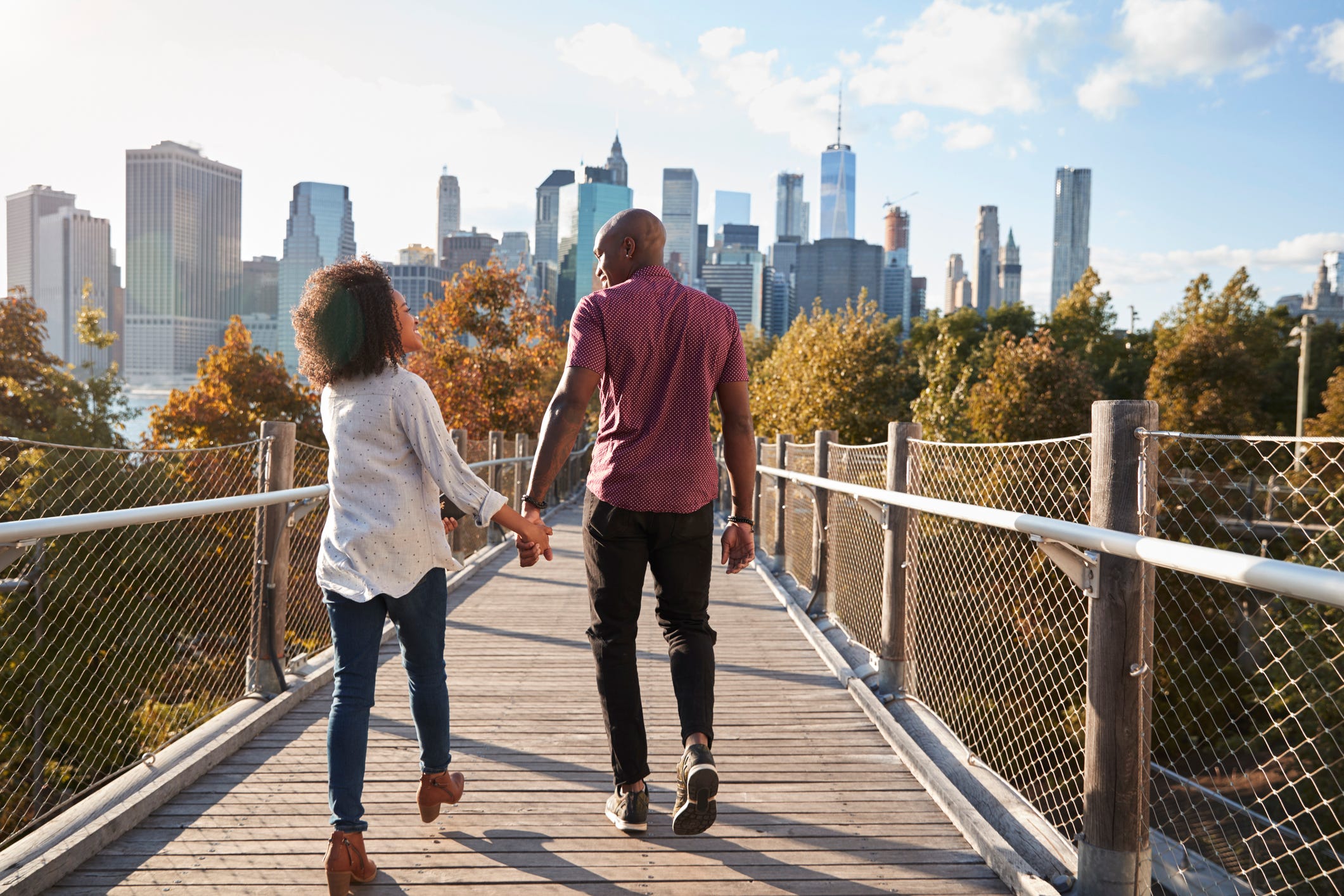 As Business Insider’s Erin Brodwin reported, gratitude may be a key to lasting relationships.

In one University of North Carolina at Chapel Hill study, researchers had participants keep private daily diaries in which they recorded things their partner had done for them and how it had made them feel. As it turns out, couples who were more grateful toward each other felt that the relationship was stronger.

Meanwhile, another series of studies, led by a researcher at the University of California, Berkeley, found that more grateful couples were more likely to still be together nine months later.

Eventually you realise that you’re not one person. 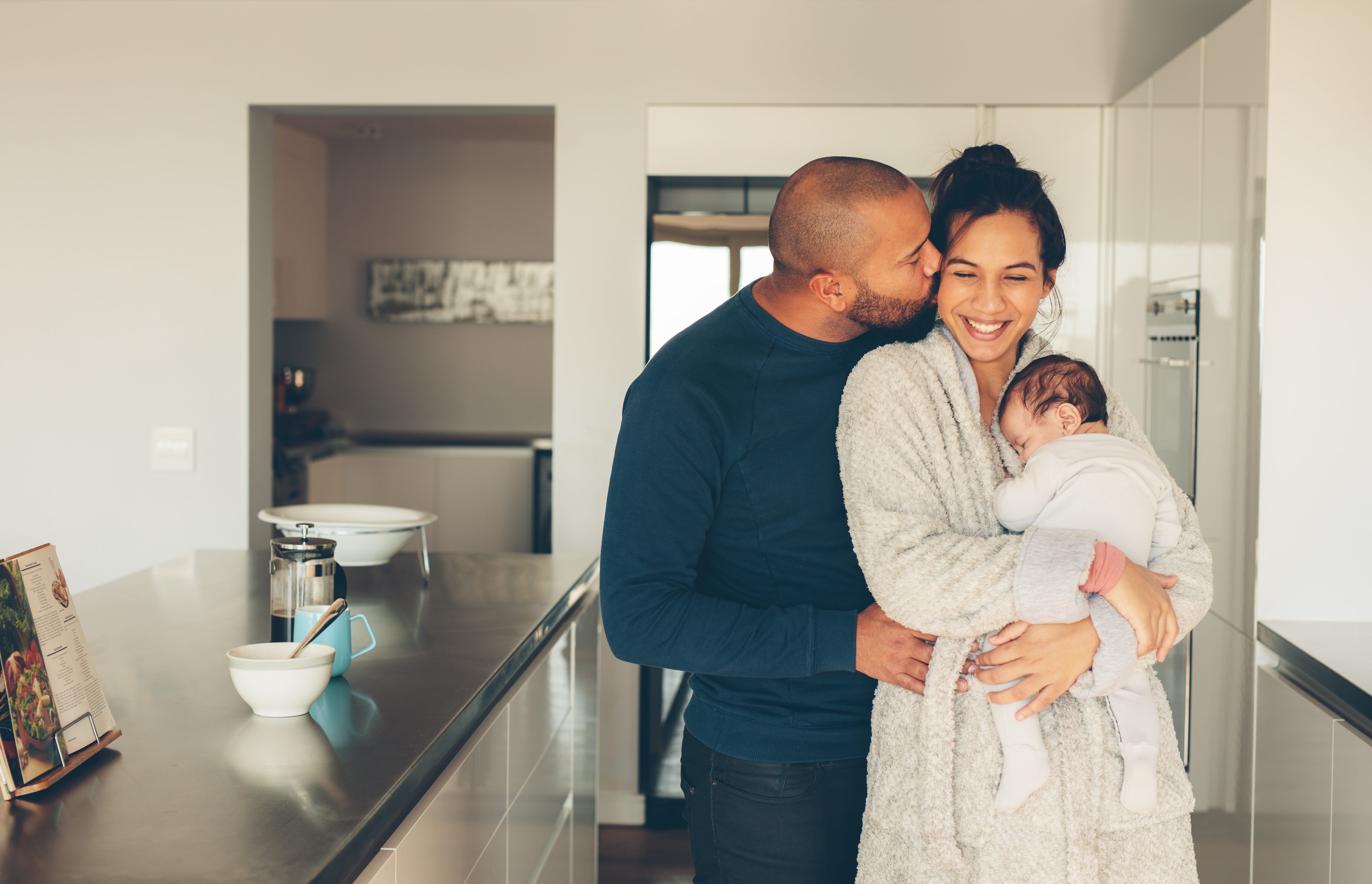 Once you start living together, you may realise that you have different priorities and tolerances – like, for instance, what does or doesn’t constitute a mess.

It’s a stressful – and necessary – evolution.

When it comes to sex, quality is more important than quantity. Business Insider’s Jessica Orwig reported on a fascinating Carnegie Mellon study on the link between how often you have sex with your partner and how happy you are.

Researchers split a bunch of heterosexual, married couples into two groups: For 90 days, half continued with their normal sex schedule and half had sex twice as often. When the researchers measured how each group felt at the end of the experiment, the group that had doubled their sex frequency was in fact slightly less happy.

As the lead researcher behind the study told The New York Times, if you want to be happy, focus on quality over quantity.

The happiest couples get married because of love — not societal pressures or the desire for a family. Couples who marry mostly because of love are much happier on average, according to a 2019 survey of 2,000 conducted by matchmaking site eHarmony. Over half of respondents also said marriage would make their relationship happier.

The survey also found happy couples tend to agree on matters of politics, get similar levels of education, and believe in open communication.

Be prepared to adapt, as peoples’ opinions and behaviours can change over time. 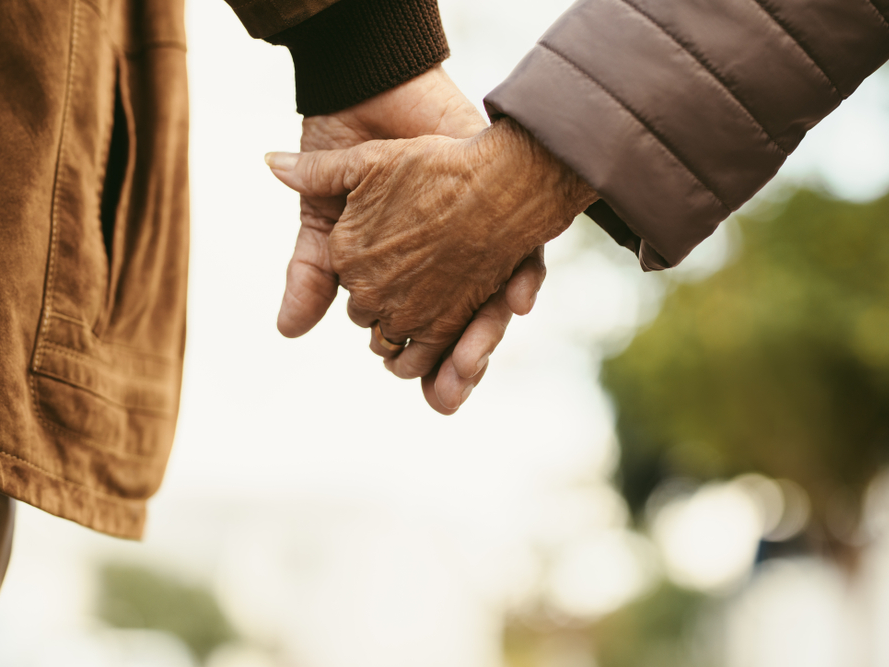 “You change just as much as your spouse changes, every day,” Phil Azzi, a man who has been married for 15 years, told Insider when asked what his marriage secret was.

“When your spouse changes in a way that seems at odds with how you live your life, it’s yourlife that’s affected and it’s yourlife you can change to adapt,” Azzi added. “Be ready and willing to adapt, or be ready to have the same arguments over and over. And always remember, it’s almost guaranteed that your spouse is adapting every single day to the changes they see in you.”

You need to talk about your partner’s social media habits before getting married. 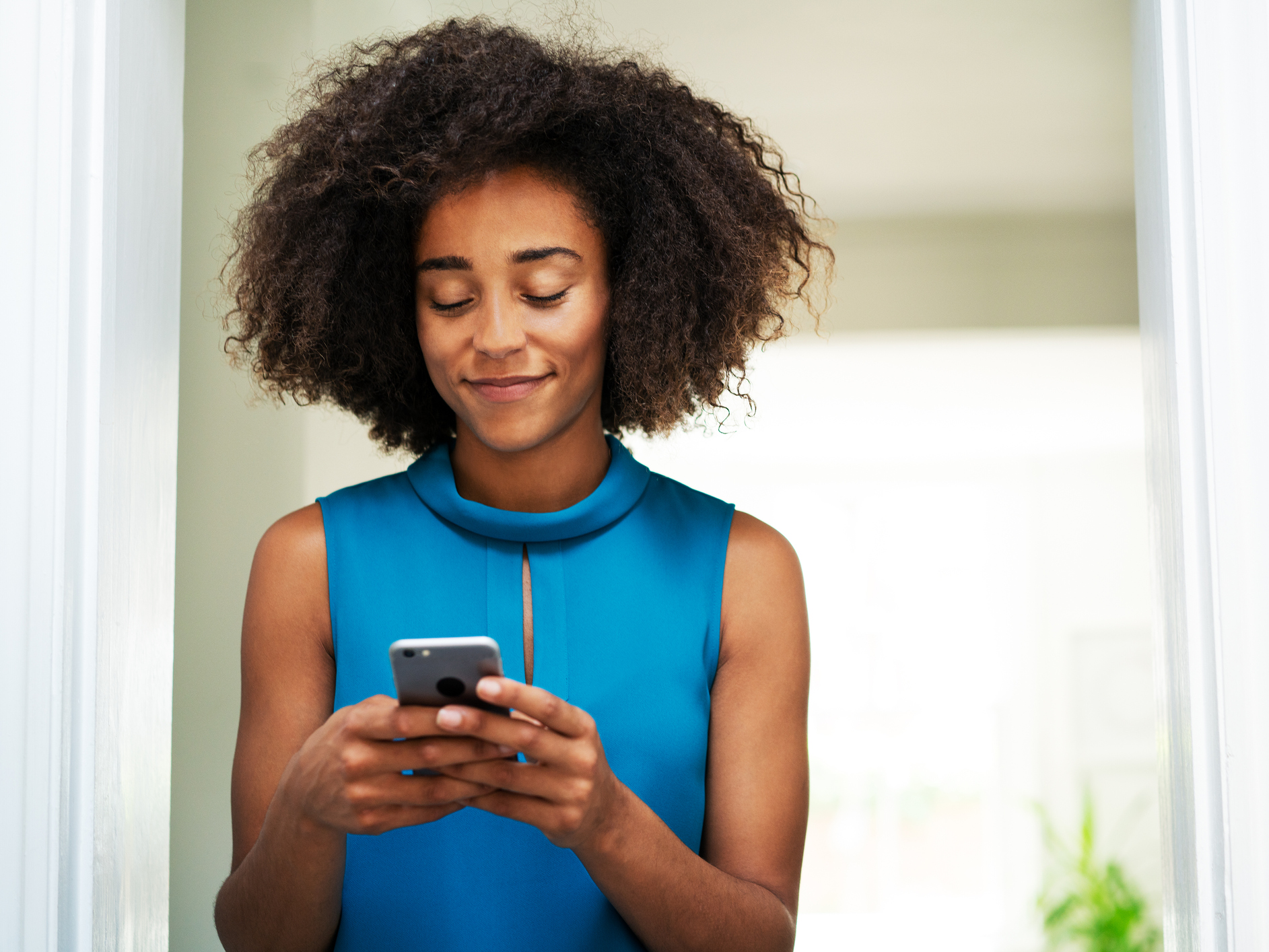 Rachel Sussman, a relationship expert and marriage counselor in New York City, previously told Business Insider that there’s been a recent spike in the number of couples fighting over their partner’s social media use.

These couples tend to be younger, and get upset at the amount of time their partners spends scrolling and posting on social media. They also get upset if a loved one keeps in touch with their exes using Instagram or other platforms, Sussman said.

The less materialistic you and your partner are, the happier you’ll be. 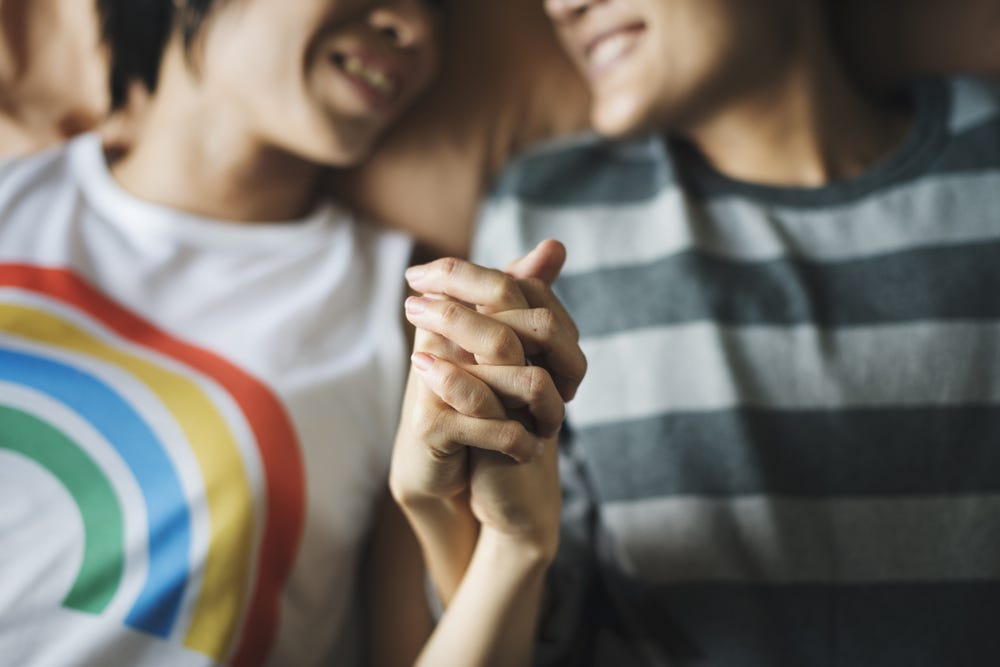 A study of 1,310 married individuals published in the Journal of Family and Economic Issues found that materialism, or putting high value on money and possessions, is associated with lower marital satisfaction. In other words, if you and your partner want to be happier, it’s important to focus on the things in life that can’t be bought, like quality time and good conversation.