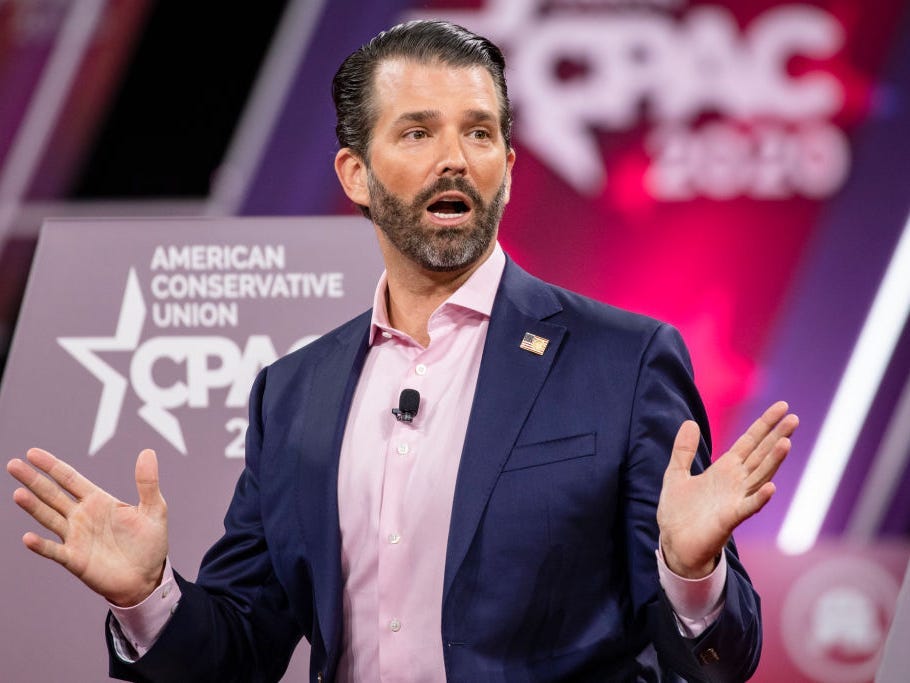 Social-media platforms on Thursday scrambled to take action against numerous posts from Trump surrogates calling for violence over the election results.

Twitter applied a warning label to a tweet from Donald Trump Jr. that called for President Donald Trump to wage “total war” over the election results, made baseless claims about widespread election fraud, and called the US a “banana republic.”

YouTube also removed a video posted by Bannon that called for violence against Dr. Anthony Fauci and FBI Director Christopher Wray for disagreeing with Trump, saying “I’d put their heads on pikes.”

“We’ve removed this video for violating our policy against inciting violence. We will continue to be vigilant as we enforce our policies in the post-election period,” YouTube spokesperson Alex Joseph told Business Insider.

Facebook on Thursday activated a number of tools intended to slow the spread of misinformation, such as adding additional “friction” before users can share posts and downranking election-related misinformation, The New York Times reported.

YouTube,Twitter, and Facebook all have policies against inciting violence or making violent threats, as well as policies against spreading misinformation that could undermine the integrity of elections and voting processes.

In the weeks leading up to Election Day, the platforms have been on full alert for such posts, and have had to take action on a number of posts from dozens of Trump surrogates, particularly in battleground states where vote counts are closely split between Trump and Democratic nominee Joe Biden or where election officials are still counting ballots.

But the platforms have taken different approaches.

YouTube has faced criticism for not taking stronger steps as some election misinformation videos have gone viral, and the platform allowed channels to make money off livestreams showing fake election results, some with thousands of viewers.

On Wednesday, Twitter slapped warnings on a wave of tweets by GOP officials and Trump allies making unsubstantiated claims of election fraud and interference in Pennsylvania, a major battleground state.

Since early on Tuesday, Twitter had applied warning labels to 38% of Trump’s tweets, according to The New York Times. While Facebook applied informational labels to a variety of Trump posts, misinformation experts said Twitter overall has done a better job reining in Trump’s false election posts.