Facebook bet $US2 billion on virtual reality back in 2014 when it bought Oculus VR, the startup that went from Silicon Valley darling to Facebook subsidiary in just a few short years.

The device that powered Oculus’ rise to stardom was the Oculus Rift: A PC-powered virtual reality headset that led the charge on a new generation of VR.

But with the announcement of the standalone Oculus Quest 2 this week, Facebook is ending the iconic headset line that reignited interest in virtual reality and spurred it to buy Oculus in the first place.

“We’re going to focus on standalone VR headsets moving forward,” the company said in a blog post on Wednesday. “We’ll no longer pursue PC-only hardware, with sales of Rift S ending in 2021.”

The Rift line of headsets required a powerful gaming PC to power virtual reality experiences. The headset connected to the PC with a set of wires, but the latest Oculus Quest headsets are able to replicate this experience with a single detachable USB cable in addition to operating without a dedicated PC.

As such, Facebook isn’t outright killing its PC-driven virtual reality efforts. It will continue supporting higher-end, PC-powered virtual reality on the Quest line of headsets.

“We’ve seen significant growth in PC VR via Oculus Link,” the blog post said, “and the Rift Platform will continue to grow while offering high-end PC VR experiences like ‘Lone Echo II’ and ‘Medal of Honour: Above and Beyond’ well into the future.” 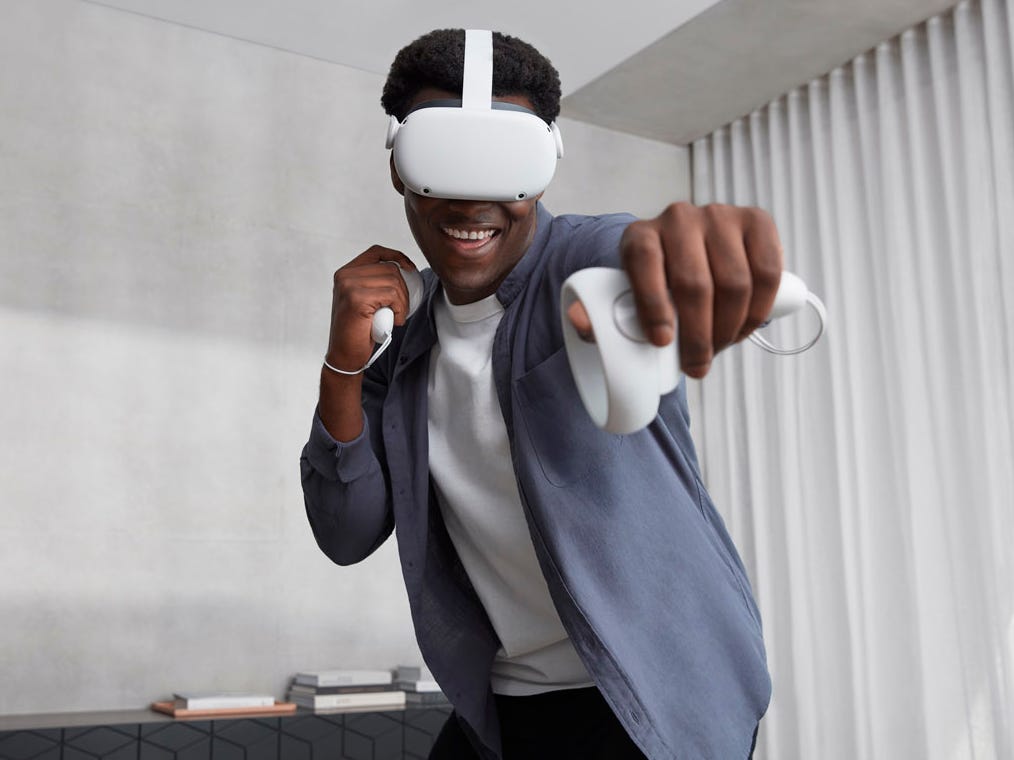 The new device â€” the successor to Facebook’s most successful VR headset â€” is more powerful than the first Oculus Quest and more affordable: The Quest 2 starts at just $US300, and includes two wireless controllers alongside the headset itself.

Like the original Quest, the Quest 2 doesn’t require a PC to power virtual reality.

It’s a bit like the Nintendo Switch of virtual reality: You can play it unplugged, anywhere, as a standalone device, or you can plug it into a PC and play more visually dazzling, PC-powered virtual reality games like “Half-Life: Alyx” that require more processing muscle.

Pre-orders of the Oculus Quest 2 headset are available starting today through the Oculus website, with the full-on launch scheduled for October 13. GameStop, Best Buy, Target, and Walmart are serving as retail partners for the launch.