Facebook says it won't promote political groups in the 'long term,' but struggles to deliver on that promise 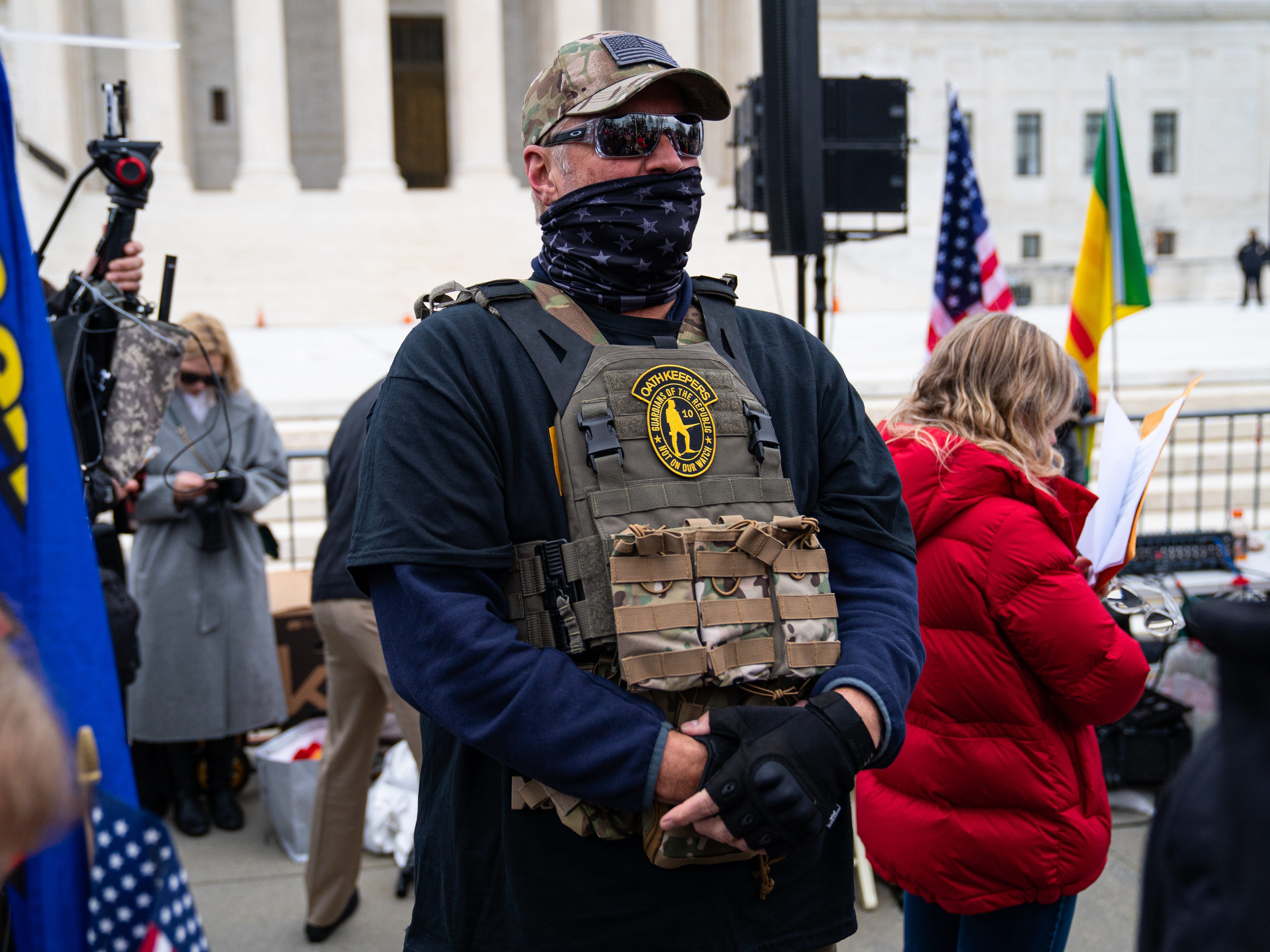 Robert Nickelsberg/Getty ImagesA member of Oath Keepers, a far-right extremist group that used Facebook Messenger during the Capitol siege to hunt for lawmakers.

Shortly after Facebook announced its record-shattering Q4 earnings on Wednesday, CEO Mark Zuckerberg told investors the company wants to minimise the role of politics on its platform moving forward.

“One of the top pieces of feedback that we’re hearing from our community right now is that people don’t want politics and fighting to take over their experience on our services,” he said.

To that end, Facebook won’t use its algorithms to recommend political and civic groups to its US users for the “long term,” and plans to roll out the policy globally, Zuckerberg said.

That may be easier said than done, however.


Read more:
How Mark Zuckerberg’s competitiveness and attempts to keep Facebook politically neutral turned it into a haven for misinformation and conspiracy theories that can swing elections

In October, amid growing evidence that Facebook’s algorithms drive people to highly partisan, extremist, and even violence-prone groups â€” and reports that executives deliberately ignored that evidence â€” Facebook said it wouldn’t recommend political groups ahead of the US elections.

Following the deadly attack on the US Capitol on January 6, which were in part planned on Facebook, the company doubled down on its promise.

“We’ve had emergency measures in place since before the US elections like not recommending civic groups for people to join. We’re keeping them in place,” the company said.

But a report last week from investigative journalism outlet The Markup found Facebook ultimately failed to deliver on those repeated promises.

The Markup tracked what Facebook showed a group of 1,900 users across the US, and found that 12 of the top 100 groups Facebook recommended were political, and the company was most likely to recommend them to Trump voters.

“Some posts in those groups contained conspiracy theories, calls to violence against public officials, and discussions of logistics for attending the rally that preceded the Capitol riot,” according to the report.

“Facebook has failed to meet commitments it made to stop recommending political groups on its platform,” Markey said, demanding that Facebook explain the apparent discrepancy between its words and actions.

On Wednesday, Zuckerberg highlighted Facebook’s announcement in September that it had removed one million groups for violating its policies, and said that the company is also exploring ways to reduce the amount of political content in people’s News Feeds as well.

But in recent months, dozens of media reports have detailed examples of Facebook failing to quickly, consistently, and effectively to enforce its various policies that deal with political content, from failing to identify and shut down militia groups to allowing ads for military gear to appear next to posts about the Capitol attacks.

Facebook has increasingly signalled its intention to get serious about misinformation, hate speech, violence, and other forms of extremism on its platform, and took a significant step by banning former President Donald Trump indefinitely.

Still, as experts told Insider’s Katie Canales, Facebook and Twitter were “indirectly involved” in the Capitol attacks because they gave Trump and his far-right supporters a place to congregate for years.

And despite Zuckerberg’s claims that Facebook users don’t want political content, the top-performing posts on the platform consistently come from far-right commentators and political news sources.

When asked Wednesday whether minimising political content and groups would hurt Facebook’s bottom line, Zuckerberg and Facebook CFO Dave Wehner sought to downplay the impact, claiming political ads make up just “single-digit” revenue, without mentioning anything about the ads shown next to political posts, the value of the data collected from extremist users, or any of the other ways Facebook makes money off politics on its platform.