A departing Facebook integrity employee used their exit note after four years at the company to voice concerns about its business practices.

That “badge post” – a company term for a farewell note written on Facebook’s internal communications system – and many others like it show a rash of disgruntled and concerned employees voicing support for change at the social media giant. This person in particular said they were feeling “gaslight” by management and increasingly burned out by their work.

Photos of the posts were included in disclosures made to the Securities and Exchange Commission and provided to Congress in redacted form by whistleblower Frances Haugen‘s legal counsel. A consortium of news organizations, including The Atlantic and The New York Times, obtained the redacted versions received by Congress, now known as the “Facebook Papers. Insider has also since obtained copies.

Facebook representatives have said the documents do not paint the entire picture of the company’s business development investments, internal research, and efforts to mitigate harm.

The employee said Facebook’s infamous growth-first approach leads to rolling out “risky features.” If employees propose reversing that risk, they’re seen as being “growth-negative, and veto’d by decision makers on those grounds,” they said. They also said it’s difficult to establish “win/wins,” or to roll out features that promote both safety and growth.

They likened the situation to pouring fuel on the fire.

The result, the employee said, was that integrity teams face “Sisyphean headwinds,” “feel increasingly gaslit,” and don’t see change from the company’s top brass.”This is the main reason I’m burned out, and I suspect others feel the same,” the employee wrote in December 2020, shortly after the presidential election.

One of the earliest badge posts written to criticize the company was July 2016, according to Wired, when a security engineer said he was leaving out of concern about the firm’s “corporate direction” and how its “pursuit of growth may negatively impact our ethics and mission statement.”

Another wrote upon leaving that Facebook is having a “net negative influence on politics in Western countries” and didn’t think leadership was involved in a “good-faith effort to fix this.” 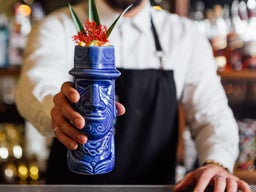 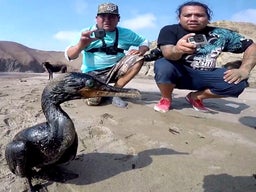