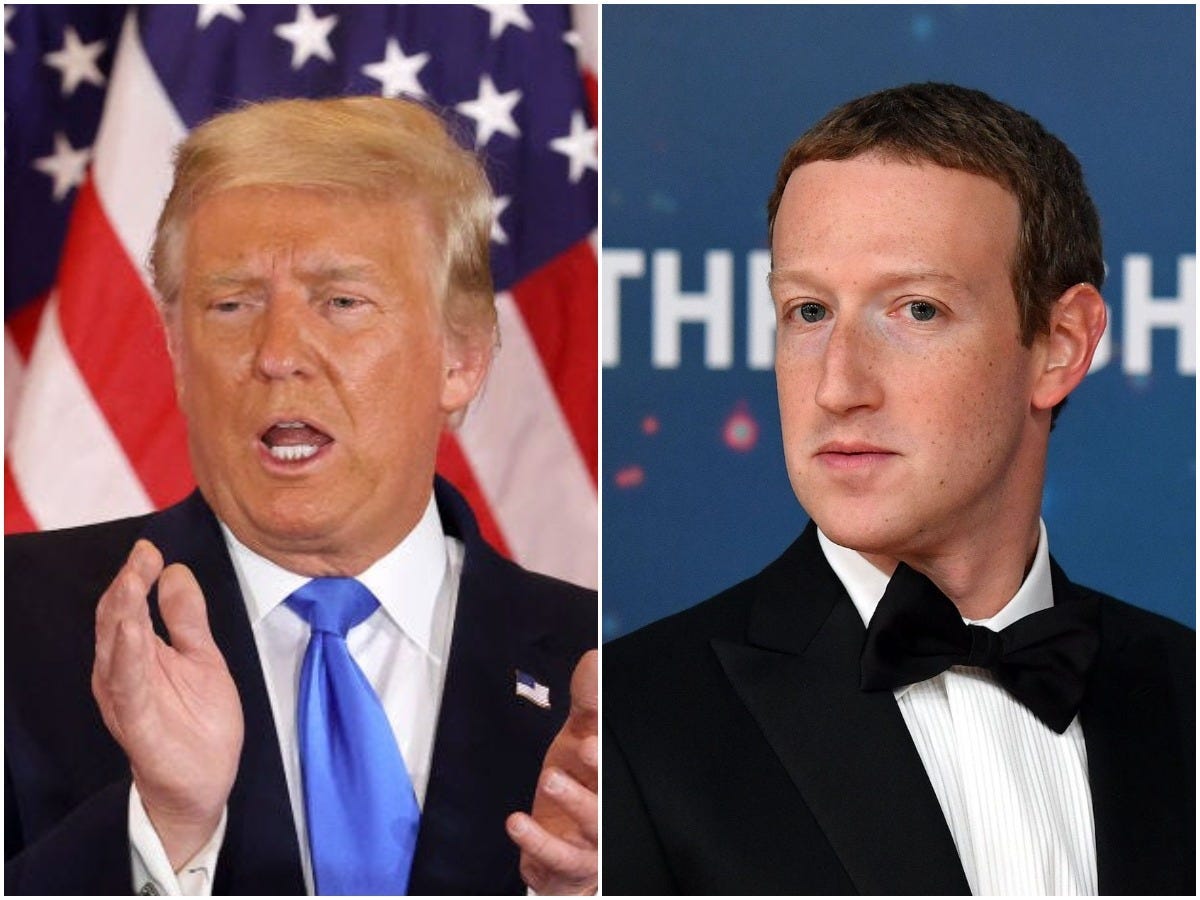 Facebook CEO Mark Zuckerberg announced the platform was indefinitely suspending Trump’s account on January 7, after Trump supporters had stormed the US Capitol the day before.

At the time, Zuckerberg said Facebook believes that “the risks of allowing the President to continue to use our service during this period are simply too great.” He cited Trump’s response to the protests against the election results, in which the former president did not condemn his supporters’ actions and told them, “We love you; you’re very special.”

The popular social media app was one of many to ban Trump from its platform. Twitter and YouTube also followed suit. In February, Twitter announced Trump was permanently banned. In March, YouTube said it would lift its ban when the risk of violence had decreased.

Read more:
He’s baaack (kind of). Inside Trump’s bid to get on Twitter without officially being allowed on Twitter.

Two weeks after Zuckerberg’s announcement regarding Trump’s account, the company turned the decision over to its independent Oversight Board.

In January, the board was given 90 days to review the decision, but extended its deadline in April after it received 9,000 comments on the Trump case – more than any other case it had reviewed before.

Zuckerberg created the board in 2018, and it operates as a type of “Supreme Court” at Facebook that can overrule the company’s content moderation guidelines, as well as the CEO.

Shortly after, Zuckerberg said he had invested $130 million in creating the board, Trump called him in 2018 to oppose one of the board’s members. Trump took issue with Pamela Karlan, a Stanford Law professor who later testified at his 2019 impeachment. Zuckerberg did not take Karlan off the board, despite Trump’s recommendation.

The Oversight Board’s decision will likely set a precedent for social media moderation and could impact other platforms’ bans of the former president.