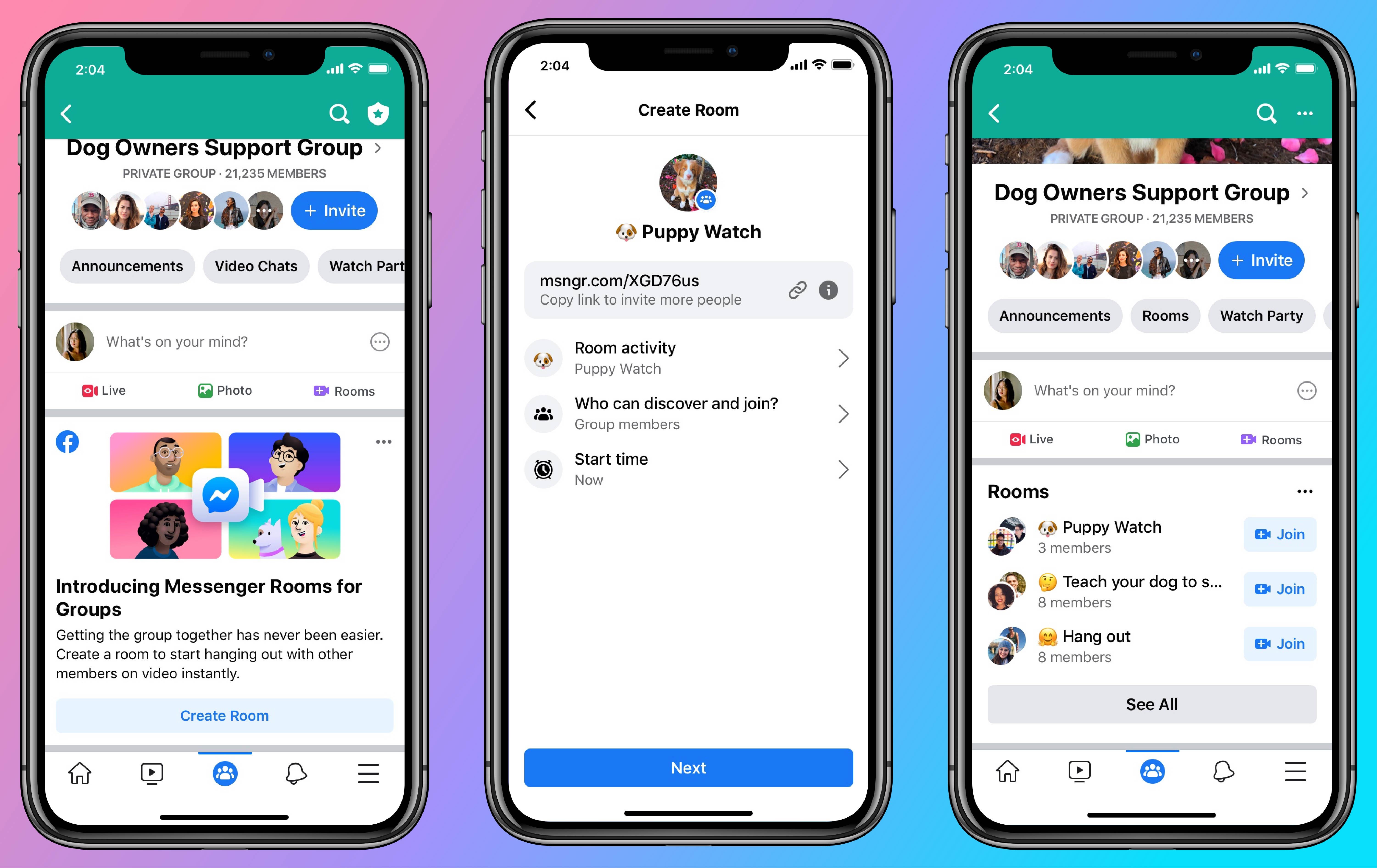 This would likely compete with other videochatting apps, notably Zoom, which has seen huge gains since the coronavirus pandemic forced schools and workplaces to close. Facebook says the feature will be out in the US in the coming weeks.

The chatrooms will be based around Facebook Messenger and Facebook Groups, and can be public or private. Guests can also join by link, without a Facebook account. As a competitor to Zoom, Facebook seems to be a budget option, hosting up to 50 people with no mention of a time limit. In comparison, Zoom calls with more than two people time-out after 40 minutes with the free version of the service.

Video conference calls have suddenly become key to corporate and educational life since the pandemic has forced many closures and stay at home orders around the US and the world. So far, Zoom has come out on top, going from 10 million daily users to 300 million in only a few months.

Here’s what Facebook’s Messenger Rooms will look like, and how they will work.

The basic design of the Messenger Room call is similar to Zoom, showing a grid display for up to 50 participants. 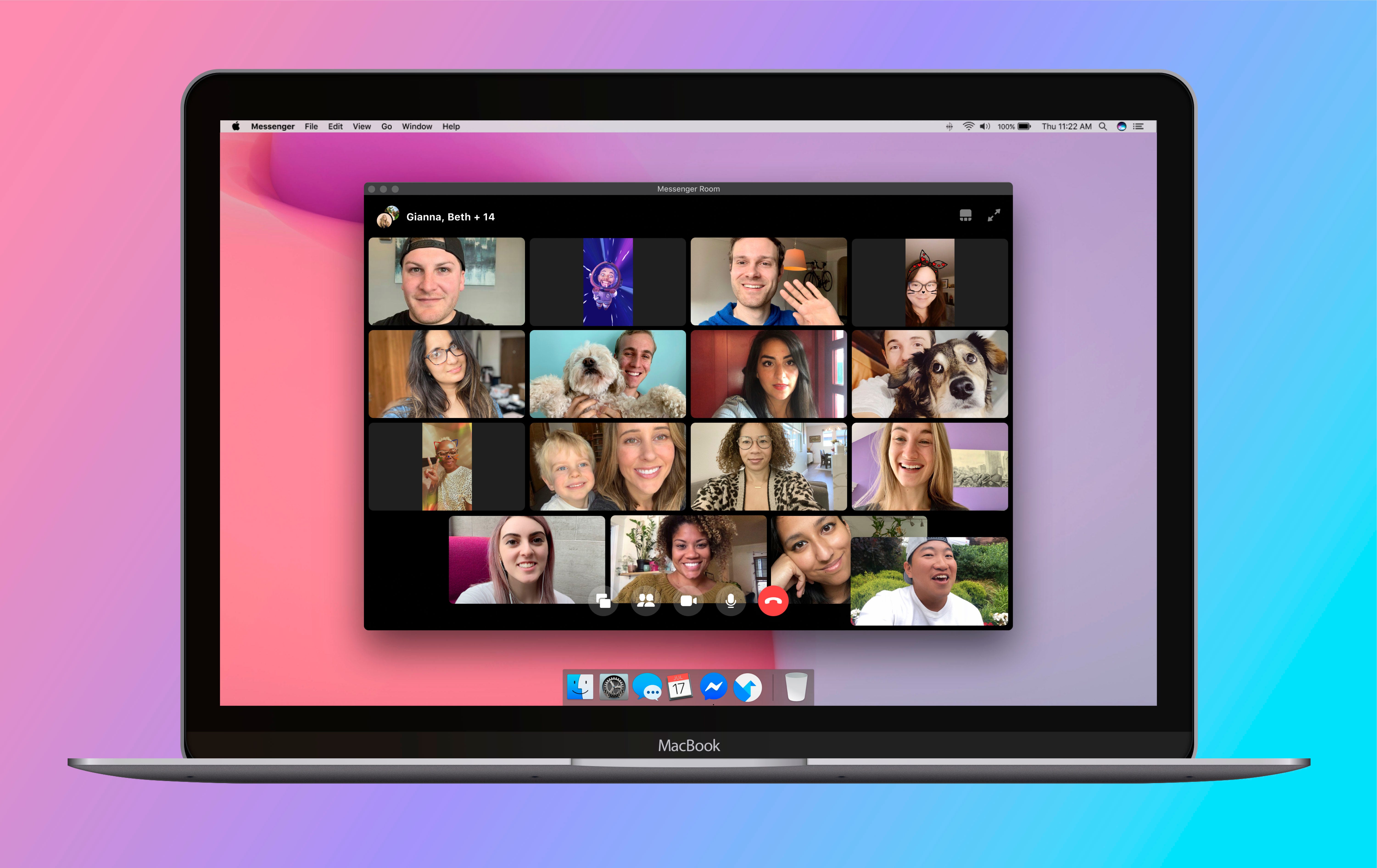 FacebookAn image provided by Facebook of a Messenger Room on desktop.

The grid has become a staple of video calls, and Google Meet has adopted a way to allow it as well.

Facebook clearly seems to be prioritising Messenger Rooms, showing them at the top of the news feed. 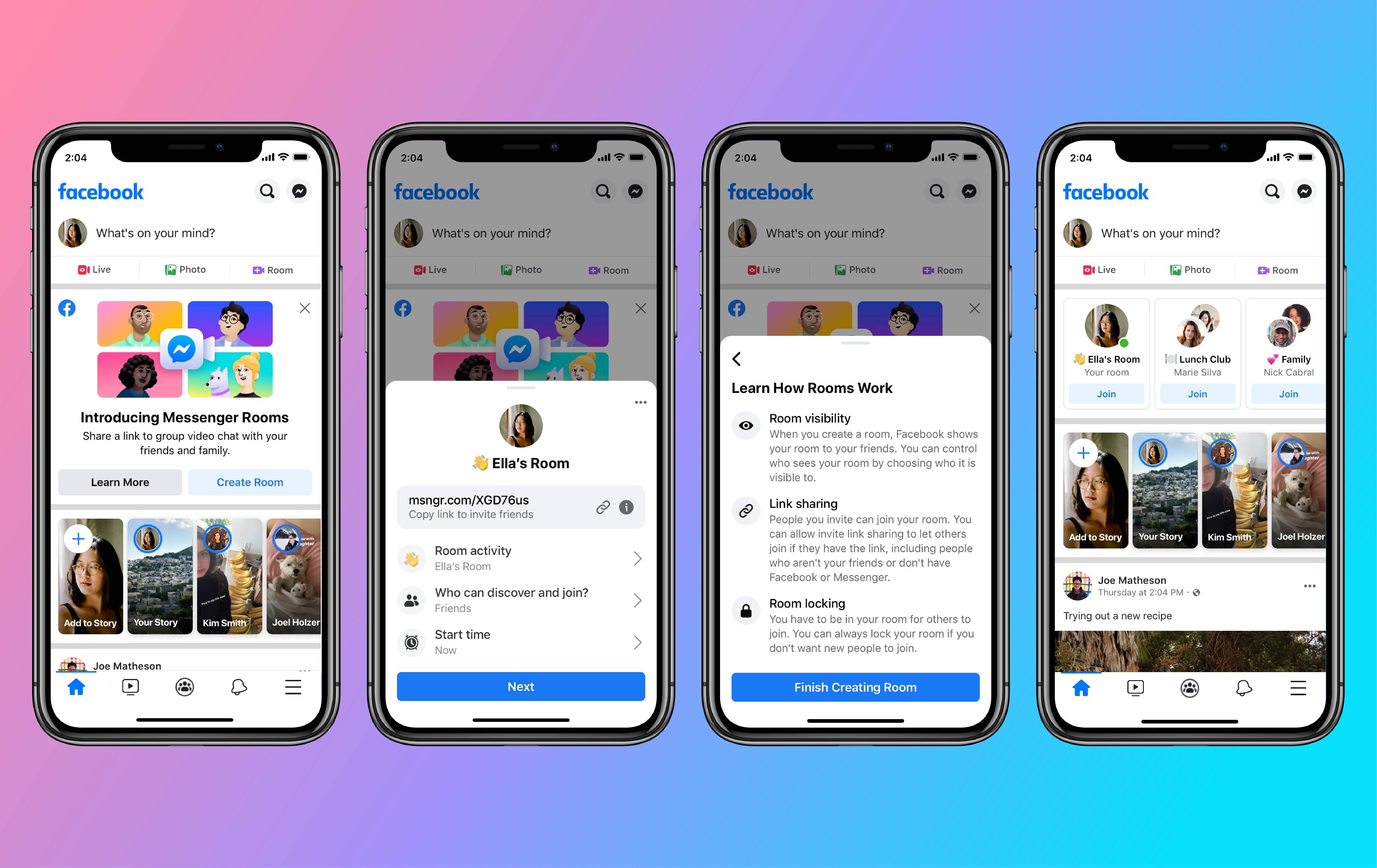 Rooms open to you will be visible above the newsfeed, where you can select to join.

Hosts create a room and set who can discover it.

Rooms default to being open to Facebook friends, but you can change that setting and allow anyone with the link to join, or lock the room to stop any new participants.

The same idea works for Facebook Groups, where members can join any room.

The room can be limited to members of the group, or anyone with the link can be allowed in.

On mobile, Messenger Rooms seem like they will work similarly to the way the Messenger app already works. As before, you can see who is active, but now also create a room and decide who can see and join. Share the link with anyone you want to join, and members will see a grid view, much like the desktop version.

Facebook emphasised a focus on privacy and security, likely a response to recent instances of “Zoom bombing,” where trolls entered and disrupted calls for kicks.

Different options give the ability to lockdown private chats, but Messenger Rooms seems to lack a comparable alternative to waiting rooms on Zoom, where the host can screen guests before letting them in.

But, guests can be removed, and the room automatically locks if someone is removed.

People who have been previously blocked on Facebook won’t be able to join or see your rooms, a feature that could be useful in curbing harassment.

Overall, the idea of a video chat room where people can drop in and see who is active feels similar to the Houseparty app, which has seen a recent surge in downloads because of coronavirus.