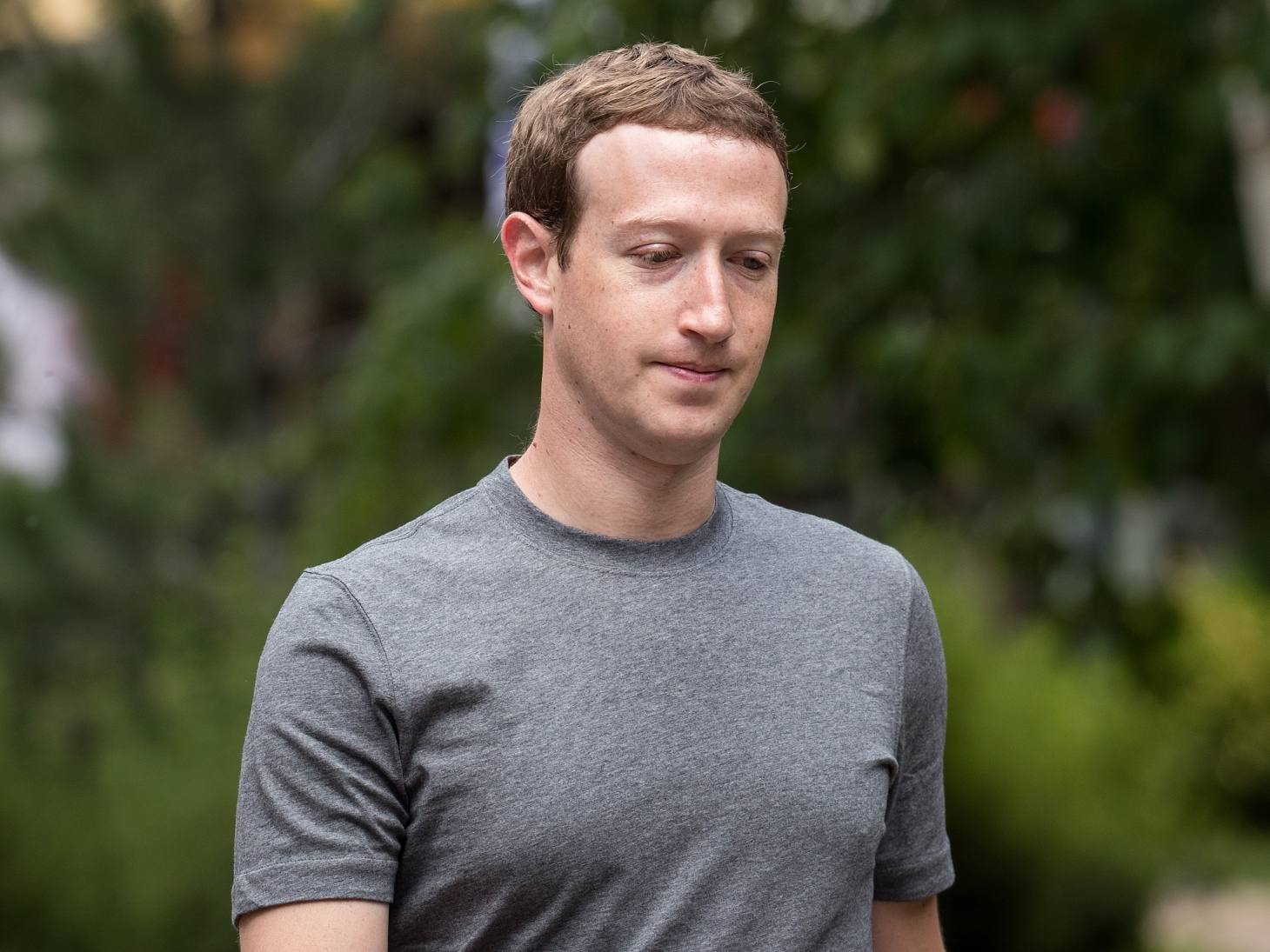 Zuckerberg’s net wealth is down by $US7.21 billion as of Saturday, while Facebook’s share price dropped more than 8% at the close of Friday trading, as the ad boycott snowballs.

Coca-Cola is the latest brand to back the #StopHateforProfit campaign by American civil rights groups.

Coca-Cola chief executive James Quincey said on Friday that the company would halt all social media ads for 30 days while it rethinks its policies.

“There is no place for racism in the world and there is no place for racism on social media,” Quincey wrote on Coca-Cola’s site. “The Coca-Cola Company will pause paid advertising on all social media platforms globally for at least 30 days. We will take this time to reassess our advertising policies to determine whether revisions are needed. We also expect greater accountability and transparency from our social media partners.” 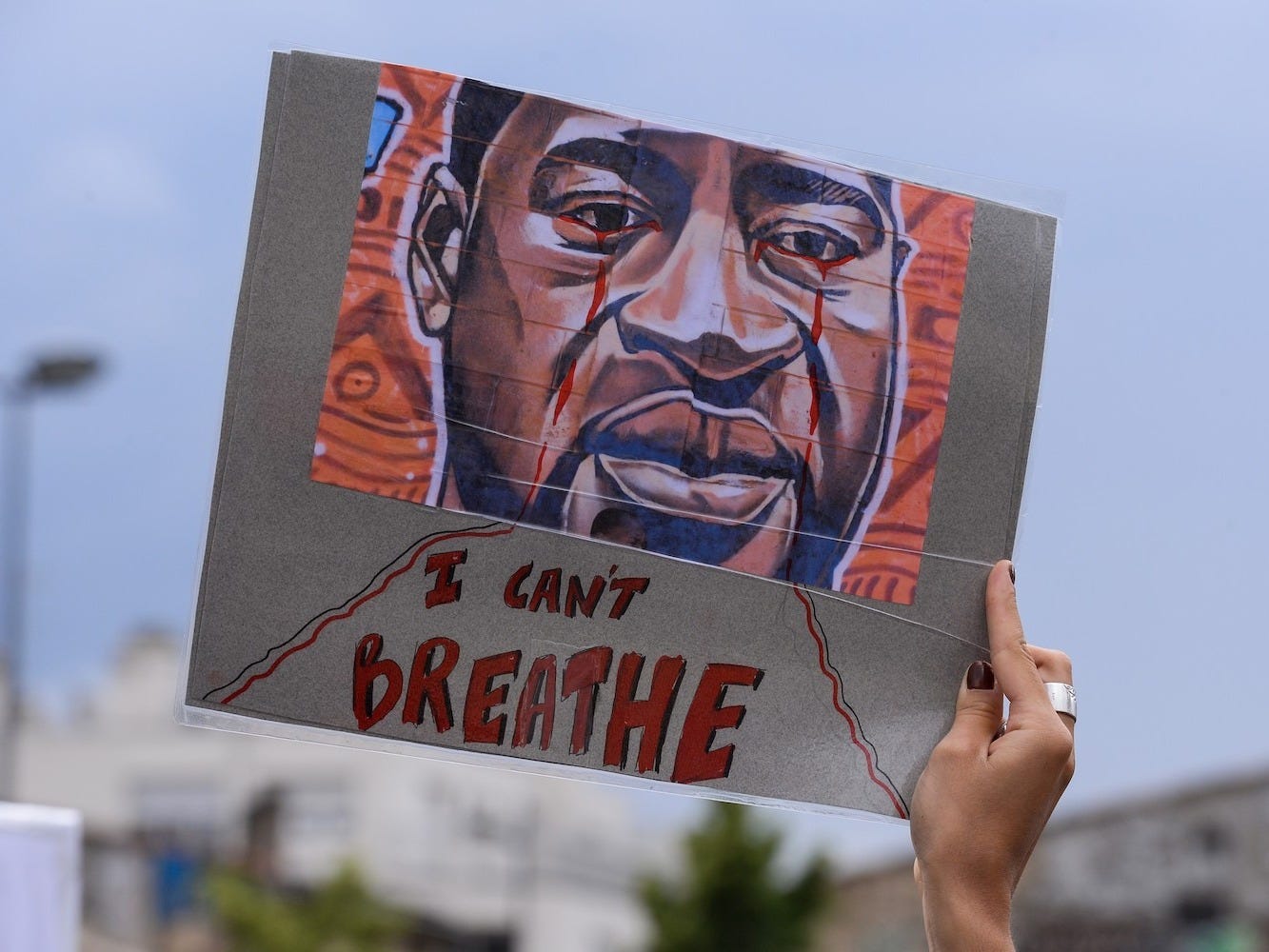 The #StopHateforProfit campaign launched on June 19 in the wake of George Floyd’s death at the hands of Minneapolis police officers and the subsequent worldwide protests. It was triggered by Facebook’s refusal to remove a post by President Donald Trump, which threatened the protesters with violence.

Trump wrote in his post, “when the looting starts, the shooting starts” and also called the demonstrators “thugs.” 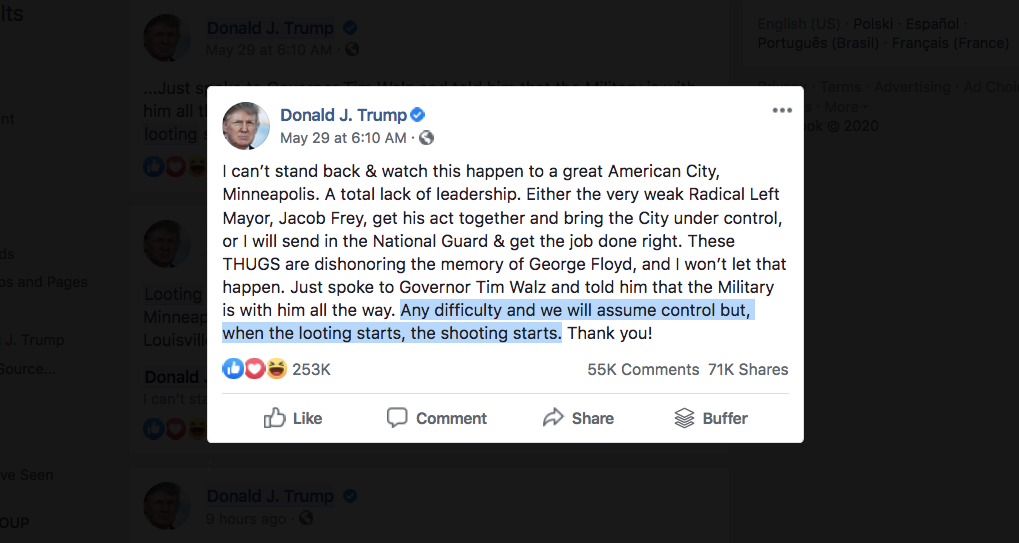 Shona Ghosh/Business InsiderFacebook declined to take any action on a Trump post that appeared to threaten protesters with getting shot.

The campaign pressures major advertisers to rethink their ad spend on Facebook until it brings in stricter moderation policies.

Big corporations, including Unilever, the Hershey Co, the North Face, Verizon, and many others have over the last week, either paused or halted their advertising with Facebook and other social media platforms as a result.

The pressure appears to be working. Late on Friday, Zuckerberg announced the company will now label “newsworthy” posts from politicians that break its rules on, for example, hate speech or violent speech. It’s a significant shift, given the company has up till now totally refused to moderate politicians’ rhetoric.

Business Insider’s Tanya Dua also reported that Facebook’s ads team is trying to placate fleeing advertisers by saying the company is serious about addressing their concerns about hate speech, and had committed to a third-party audit of its policies.

Advertising accounts for almost 100% of Facebook’s revenue, with the firm pulling in $US17.4 billion in ad sales in the first three months of this year.

The civil rights groups behind the #StopHateforProfit campaign, NAACP, Colour of Change, and the Anti-Defamation League, called on Facebook to take stronger action.

“We have been down this road before with Facebook,” NAACP wrote on its site. “They have made apologies in the past. They have taken meager steps after each catastrophe where their platform played a part. But this has to end now.”