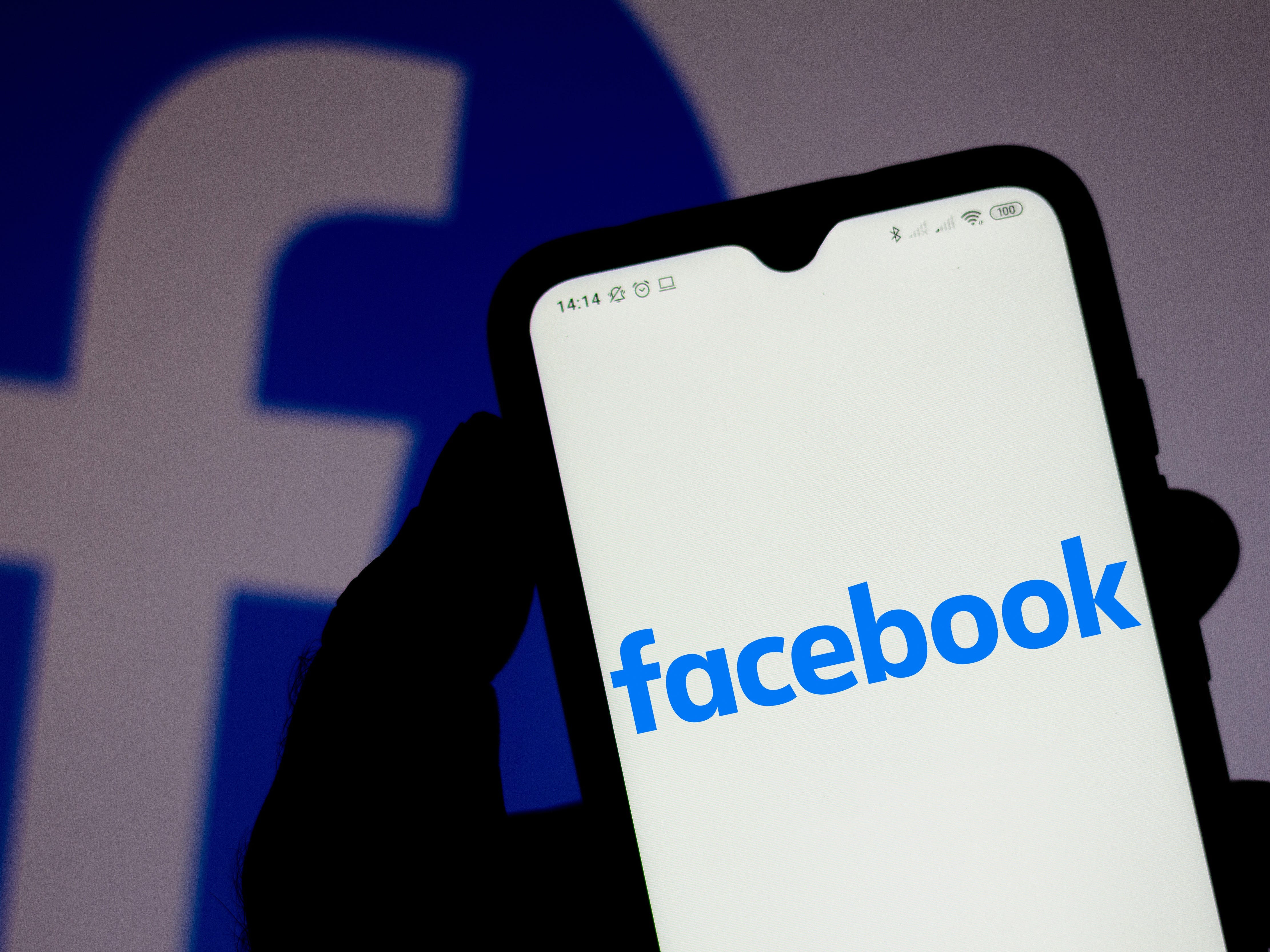 Photo Illustration by Rafael Henrique/SOPA Images/LightRocket via Getty ImagesIn this photo illustration a Facebook logo seen displayed on a smartphone.

Facebook is “reducing its distribution” while third-party fact-checkers verify whether the article is true, company spokesperson Andy Stone said in a tweet Wednesday.

While I will intentionally not link to the New York Post, I want be clear that this story is eligible to be fact checked by Facebook's third-party fact checking partners. In the meantime, we are reducing its distribution on our platform.

The New York Post article, published Wednesday morning, includes files and emails that were supposedly taken from a laptop that previously belonged to Hunter Biden. A spokesperson for Hunter Biden called the story “widely discredited conspiracy theories” in a statement to the New York Post.

But the story’s sourcing has raised questions about its authenticity: The files that allegedly belonged to Hunter Biden were provided to the Post through the an attorney for Rudy Giuliani, who is the personal lawyer for President Donald Trump. Giuliani’s lawyer told the Post that he obtained the files from an anonymous repair shop owner, where the laptop was allegedly left for repairs and never returned.

Facebook is now relying on its network of more than 50 fact-checking organisations â€” which includes the Associated Press, Agence France-Presse, and the Daily Caller, the right-wing site founded by Tucker Carlson â€” to verify the truth of the contents of the story. Facebook has run its third-party fact-checking program since the end of 2016 in an effort to curb the proliferation of misinformation and fake news on its platform.

Although Facebook executives consistently boast about the success of its outsourced fact-checking program, critics have slammed it as ineffective and underutilized in mitigating misinformation on a platform with billions of pieces of content posted each day. In January, Facebook fact-checkers reviewed just 302 pieces of content.

Facebook has stated in the past that if the content in question is found by fact-checkers to be false, the piece of content will be downrated in the algorithm and thus appear less frequently in front of Facebook users. However, Facebook’s decision to reduce the New York Post story on Hunter Biden before fact-checkers have reviewed it seems to be an anomaly. It’s unclear whether Facebook has taken such proactive measures before to reduce the spread of a story from such a mainstream publication.

As of 12:30 p.m. on Wednesday, the article had been shared more than 50,000 times on Facebook, according to CrowdTangle, a social media analytics company owned by Facebook.

Twitter joined Facebook on Wednesday in taking action to stem the spread of the Biden story. Users noticed Wednesday afternoon that they were blocked from tweeting out a link to the story, and were instead presented with this error message: “We can’t complete this request because this link has been identified by Twitter or our partners as being potentially harmful.”

Twitter said in a statement it blocked the story link because it violates the platform’s “Hacked Materials Policy,” a nod to the dubious sourcing in the article. Twitter says it’s also blocking “any links to or images of the material in question.”

Twitter has taken similar action under its “Hacked Materials Policy” in the past: In June, the site blocked people from tweeting the link to BlueLeaks, a trove of police documents stolen from fusion centres by an anonymous hacker.

Twitter has also limited the sharing of links that include misinformation about COVID-19 â€” users who attempted to share links to disproven claims about the virus were greeted with the same message that the link was identified as “potentially harmful.”

Republicans in the Senate have previously alleged that Hunter Biden’s position on the board of a Ukrainian gas company posed a conflict of interest during the Obama administration, when his father Joe Biden was engaged in Ukraine policy as Vice President. But the culmination of Republicans’ investigation, published in September, concluded that it was “unclear” whether Hunter Biden’s role ever influenced the Obama administration, or vice versa. The alleged emails and documents referenced in the New York Post report were not included nor referenced in the Senate Republicans’ report.

Are you a Facebook insider with insight to share? Contact Paige Leskin via email ([email protected]), or Twitter DM (@paigeleskin) using a non-work device. You can also message her securely on encrypted messaging app Signal (+1 201-312-4526)