Facebook takes down group for making false election claims and 'worrying calls for violence' after it amassed over 365,000 members in 2 days 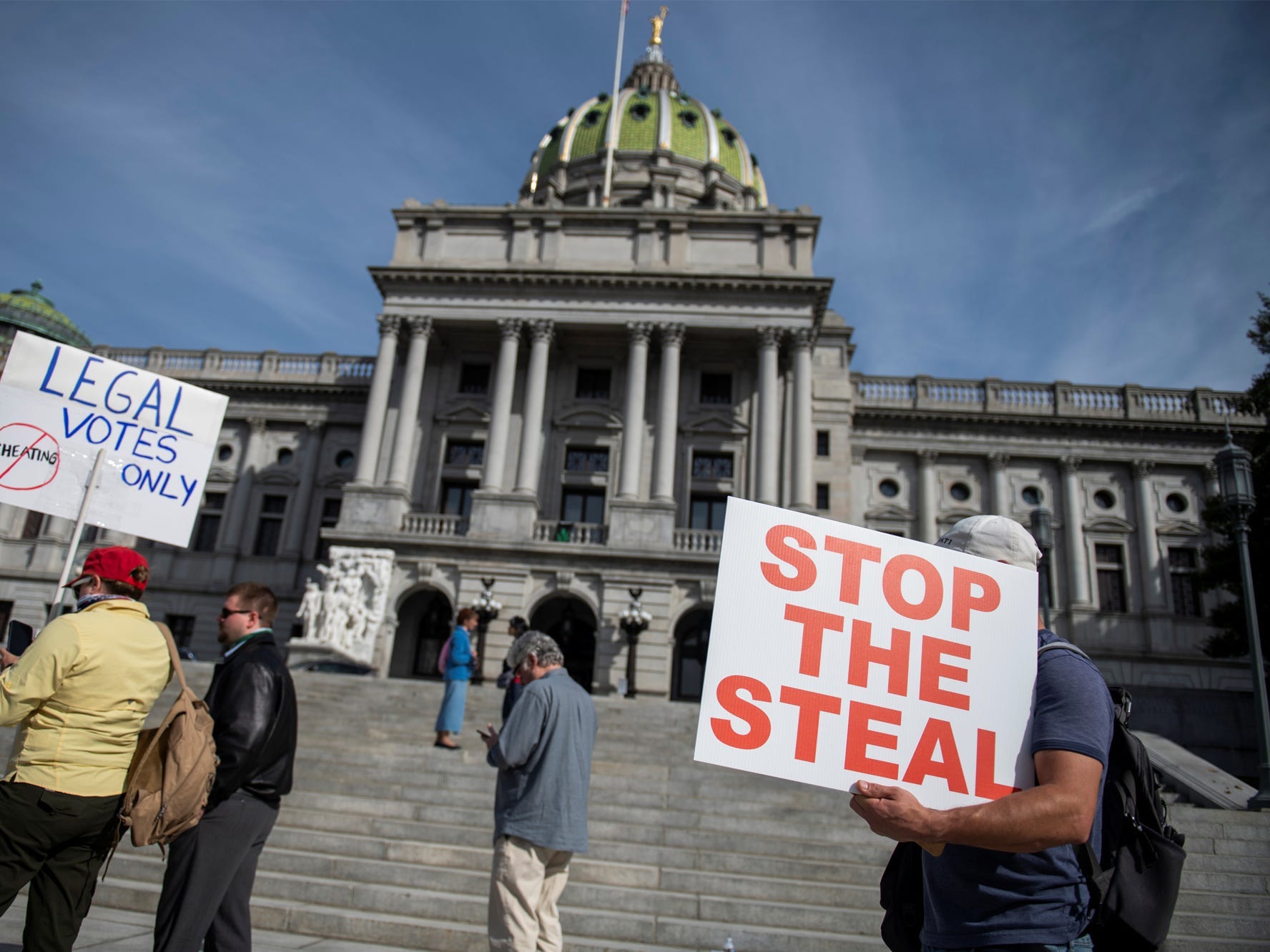 Facebook removed a massively popular group from its platform Thursday after it was awash with claims of voter fraud and allegations Democrats were trying to steal the election from Donald Trump.

The Facebook group, called “Stop the Steal,” was taken down after accumulating more than 365,000 members in just two days. Facebook says it removed the group because it was organised around “the delegitimization of the election process,” and some members were making “worrying calls for violence.”

The online group centered around the idea, which is not supported by evidence, that Democrats are “stealing” the presidential election, the outcome of which has still not been decided as of Thursday afternoon. These baseless allegations â€” which echo similar ones made by Trump on Twitter â€” have encouraged the public to cast doubt on the legitimacy of the election outcome as votes continue to be counted across the nation, including in some key battleground states.

The nonprofit’s chair, Amy Kremer, took to Twitter after the group was removed, alleging: “The left is trying to steal an election and Social media is complicit.”

The term “Stop the Steal” and its accompanying hashtag has become a rallying cry for Trump supporters in the days since the election. The term was made notorious during the 2016 presidential election by GOP political consultant Roger Stone, who formed an activist group under the same name and threatened “days of non-violent demonstrations, protests and lobbying delegates face to face” if Trump wasn’t named the Republican nominee. Stone was kicked off of Facebook in July.

However, the “Stop the Steal” Facebook group isn’t the only way through which Trump supports and Republicans have organised around the 2020 election results. Protesters, some armed, have gathered this week at vote-counting facilities in Arizona, Michigan, and other states to get votes to stop being counted as mail-in and absentee ballots continue to be processed.

Although the Facebook group is question has been removed, it’s likely the discussion there has moved to other groups or social platforms. After anti-lockdown protesters saw their organising groups removed from Facebook earlier this year, members moved their efforts to MeWe, a site whose most popular groups have historically revolved around extremist rhetoric and conspiracy theories. Others have migrated to Parler, an alternative social network where many GOP officials â€” including those who have been kicked off Facebook and Twitter â€” have created accounts and encouraged followers to join them there.

Although vote-counting after Election Day is usual, the coronavirus pandemic has led to a deluge of votes coming in after Tuesday, drawing out the process of declaring each state’s victor. According to Decision Desk HQ, Biden has secured 253 of the 270 votes needed to win the Electoral College and the 2020 presidential election.