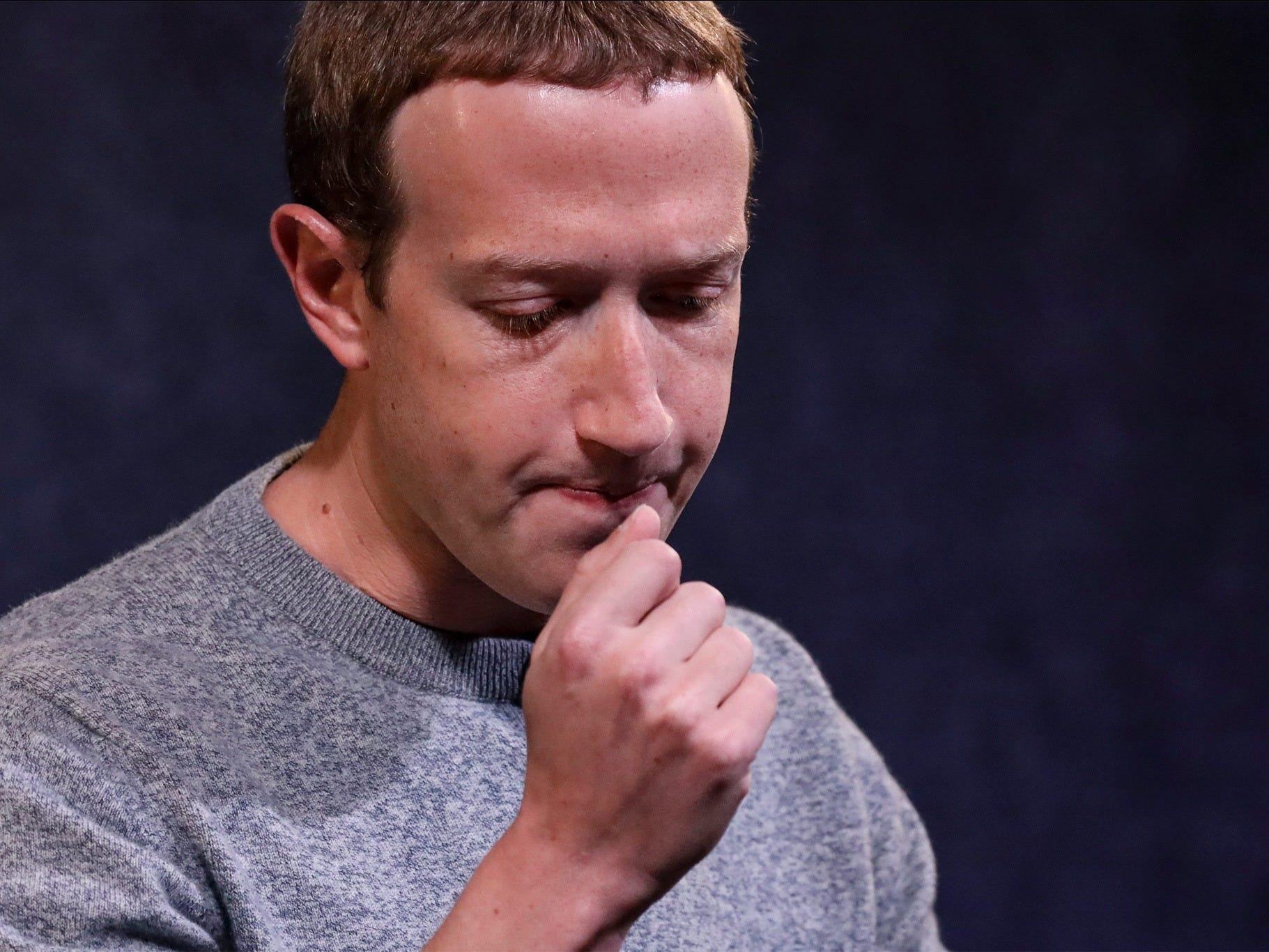 A group of former and current content moderators for Facebook are joining employees in speaking out against the company’s refusal to act on a controversial post by President Donald Trump about police brutality protesters.

In a post published Monday on Medium, the group of content moderators – a mix of four anonymous current moderators and five former ones – called called out Facebook leadership’s “lack of adequate action” against the president’s recent social media post that appeared to threaten protesters with violence.

“We would walk out with you – if Facebook would allow it,” the moderators wrote. “We are urging Mark Zuckerberg and the rest of Facebook management to reconsider this decision, to listen and honour the voices of its Black employees and users.”

The statement echoed Facebook employees’ public condemnation of CEO Mark Zuckerberg. As many as 400 employees organised a virtual walkout last week after Facebook refused to take action on a post shared by President Trump about those protesting police brutality. Although Twitter determined that the post – which included the line, “when the looting starts, the shooting starts” – violated guidelines by “glorifying violence,” Facebook didn’t take any action.

A day after the virtual walkout, Zuckerberg stood by his decision at an all-hands internal meeting. Employees have continued to challenge the decision publicly, and a software engineer publicly resigned over Facebook ‘s “propagation of weaponised hatred.”

In their statement on Monday, the content moderators wrote they were unable to stay silent when the content they viewed included police brutality and hate speech against black people.

The jobs of content moderators for Facebook, as well as for other major social platforms, have been well-documented as harrowing experiences, where outsourced contracted workers are subjected to reviewing hours of gruesome content, which has led to brutal working conditions and post-traumatic stress disorder diagnoses. The moderators behind the Medium post wrote that these poor conditions and ties to non-disclosure agreements made it impossible for them to walk out alongside Facebook employees over the company’s decisions.

“At the moment, content moderators have no possibility, no network or platform or financial security – especially when we are atomized in pandemic and remotely micromanaged – to stage an effective walkout without risking fines, our income and even our right to stay in the countries where we live and work,” the moderators wrote on Medium.

And when a slew of videos of the cops beating up a protestor become too much? We have a few minutes of ‘wellness’ time to step away from the desk or play Tetris.

Monday’s post from content moderators puts even more pressure on Zuckerberg and Facebook leadership. The Guardian reports the statement was reportedly across various moderation locations by a nonprofit called Foxglove, who encouraged other moderators to reach out and sign onto the statement.

“We know how important Facebook’s policies are because it’s our job to enforce them,” the moderators wrote. “We can’t walk out, but we cannot stay silent.”