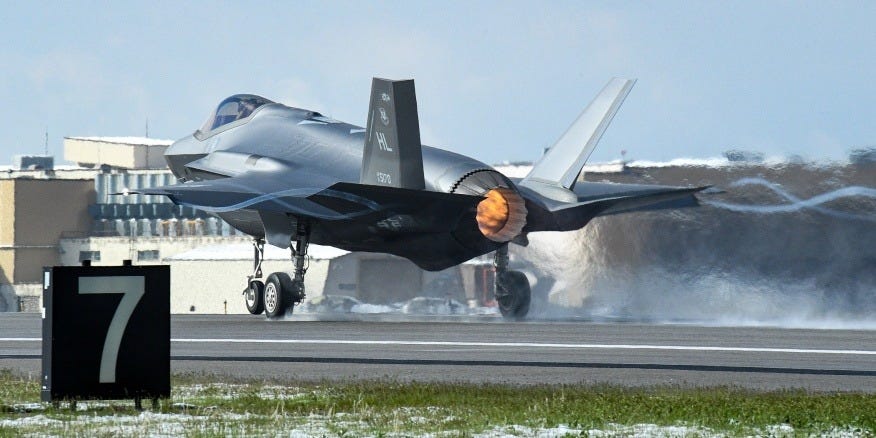 An Air Force F-35A Lightning II Joint Strike Fighter’s landing gear collapsed Monday as the aircraft landed at Hill Air Force Base in Utah, the base said in a statement, according to Air Forces Times.

The F-35 assigned to the 388th Fighter Wing experienced problems after landing on the runway following a routine training flight. The pilot was able to get out of the aircraft and is currently being evaluated.

Hill Air Force Base has closed its runway and suspended flights. Aircraft that were in the air at the time of the incident were rerouted to other airports.

The landing gear incident is currently under investigation.

In both instances, the pilots were able to eject safely.

Following those two crashes, the commander at Eglin, Brig. Gen. Scott Cain, called for a “safety pause,” explaining that “the events over the past few days remind us that the defence of our country can be a dangerous business.”