Doctors and nurses rate 10 popular medical shows based on accuracy 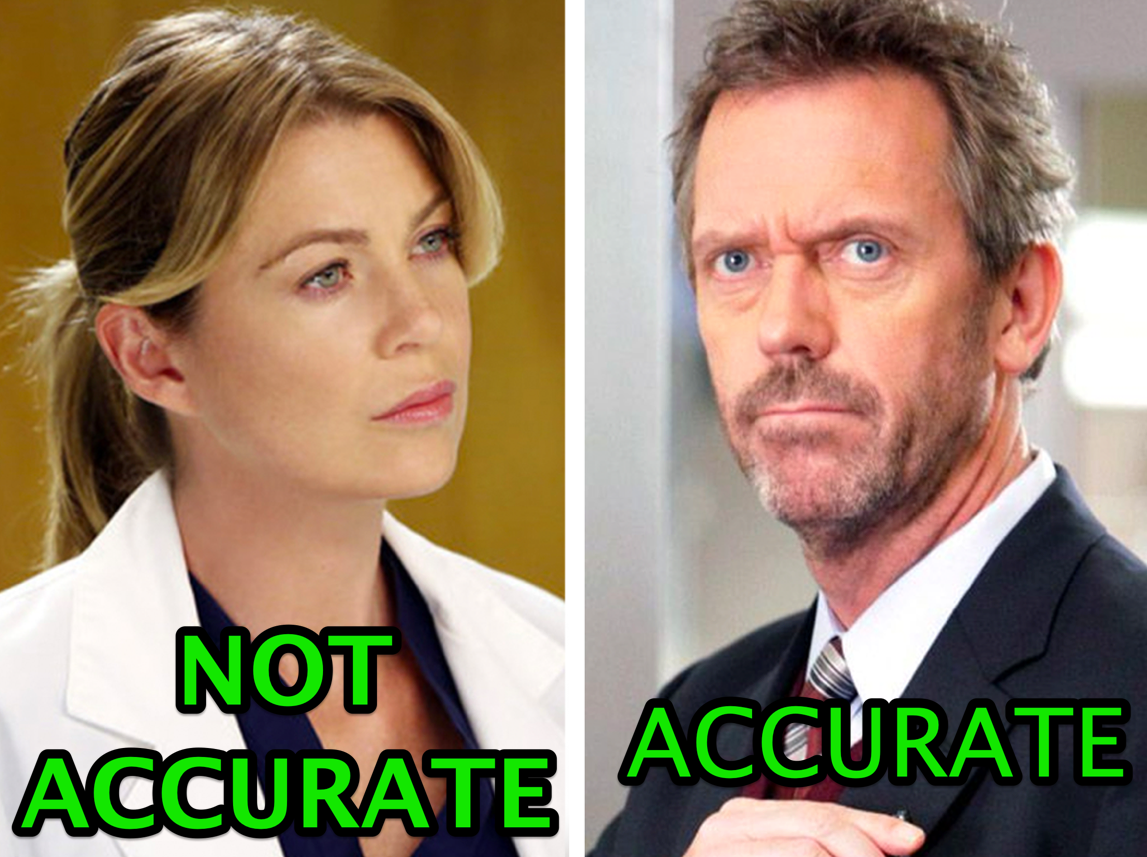 ABC/FOXMedical experts had a lot of things to say about popular TV shows.

Although doctor-centric dramas can be entertaining, they’re usually filled with a number of inaccurate portrayals of the medical field.

To see where which popular shows get the details right and which ones are loaded with problems, Insider consulted with real doctors and nurses.

Here’s how the experts really feel about popular medical shows.

Note: The Entertainment Value and Medical Accuracy scores on each slide are the averages of the scores (out of 10) that the experts provided for each show. However, doctors found the many romantic liaisons and adrenaline-soaked atmosphere of the show’s fictional hospital are completely far-fetched.

Dr. Danielle DonDiego of Your Doctors Online also said that, unlike what is depicted in the show, doctors and residents are not equally proficient in all types of medicine.

“Surgical residents in real life do not work in that many different specialty departments such as delivering babies, diagnosing complex internal medicine cases, or brain surgery,” said DonDiego.

“There are only a few medical shows out there that elicit a true eye roll from me, and this is one of them. It’s about as far from reality in a hospital that you can possibly get,” she told Insider.

For example, Sweeney noted that it would be unthinkable for surgeons to run outside to an ambulance bay to greet and diagnose a patient. Instead, patients would be first seen by emergency doctors.

The doctors Insider spoke to unanimously loved “Scrubs” and its surprisingly realistic portrayal of life as a young doctor. 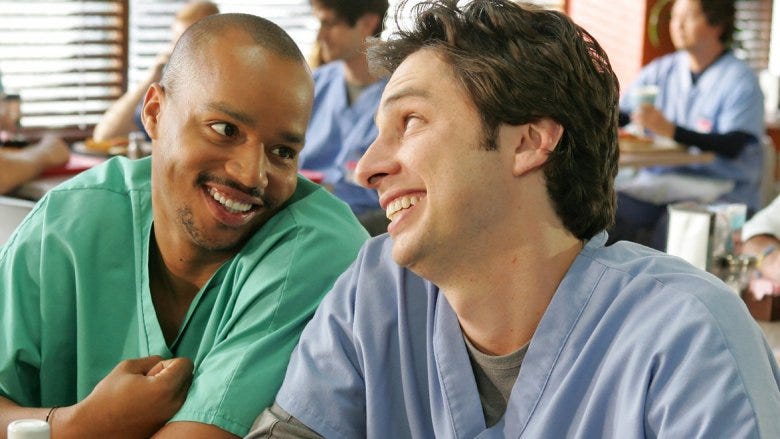 ABCSome doctors said this is the most accurate medical comedy they have seen.

Though the NBC-ABC show “Scrubs” billed itself as a goofy medical comedy, doctors found it to be the most relatable depiction of hospital life on television.

“Out of all the medical shows that have hit the air, I think ‘Scrubs’ is the most accurate. Though it’s a comedy, for the most part, it accurately depicts the life of a resident doctor. It shows what happens in a hospital on a day-to-day basis, not just what happens when there is an emergency,” said Kopelman.

Doctors particularly connected with the way “Scrubs” humanizes its characters.

DonDiego said this is her favourite medical show, noting that the humour the characters find in medical cases is similar to how real-life doctors “keep their sanity among tough situations.”

In addition, paediatrician Dr. Cherilyn Cecchini of Your Doctors Online told Insider that “Scrubs” is one of the only medical shows that feels like it was written especially for doctors.

“As a doctor, ‘Scrubs’ is one of the few medical shows that I can watch and not cringe because something is wildly overdone or inaccurate. In fact, ‘Scrubs’ is the most relatable series that I have watched from a medical perspective,” said Cecchini.

“House” came out on top as the experts’ top choice for the most medically accurate show. 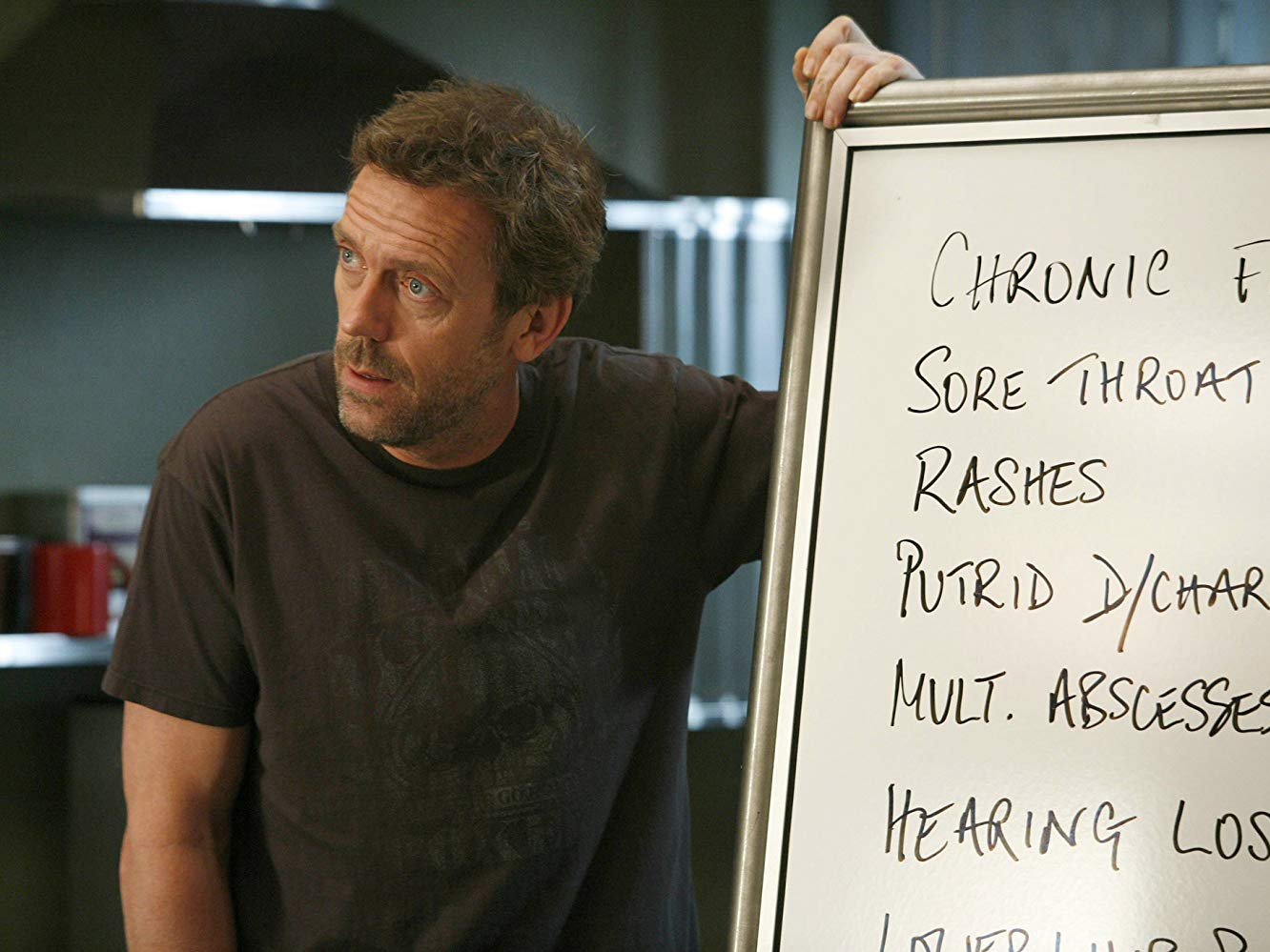 NBCOne doctor told Insider they even learned a few things from the show.

The show gained popularity for its witty writing and engaging characters, but doctors especially appreciated the program’s mostly accurate depiction of medical symptoms and conditions.

“‘House’ may be the most accurate medical show out there,” DonDiego told Insider. “The medical mystery of each episode is intriguing, even as a physician. Because the show’s premise is about diagnosing rare cases, it doesn’t feel as overly dramatized as other shows.”

Family physician Dr. Amber Robins of Your Doctors Online told Insider that the show has “the most accurate depiction of the medical field” and that she’s actually learned a thing or two from the diagnostic methods of churlish Dr. House.

“Nip/Tuck” shows realistic-looking surgery but is wildly inaccurate in every other way, according to doctors. 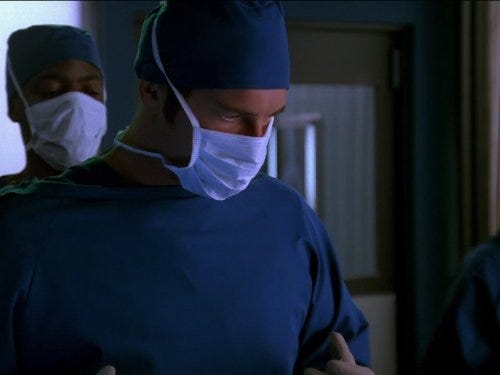 Dr. Ronald Schuster, a board-certified plastic surgeon in Baltimore and chief of the plastic-surgery division at Northwest Hospital, told Insider that the lives of plastic surgeons on FX’s “Nip/Tuck” is pure fantasy and doesn’t reflect reality at all.

“As a plastic surgeon, I watched many of the early season episodes with great anticipation,” said Schuster. “Unfortunately, this show is absolutely nothing like what goes on in the real life of a plastic surgeon.”

Accuracy aside, Schuster said he thinks “Nip/Tuck” is extremely entertaining and that he wishes his life was nearly as exciting as the lives of the surgeons on the show.

And although paediatrician and dermatologist Dr. Tsippora Shainhouse agreed that the show is entirely unbelievable, she said the physical representation of surgery is surprisingly convincing.

“The [show’s] actual demonstration of plastic surgery is really good. The cutting and suturing looked very accurate. I remember specifically commenting on it as I watched the first seasons during residency,” said Shainhouse.

The “Grey’s” spin-off “Private Practice” was called only slightly more accurate than its parent show. 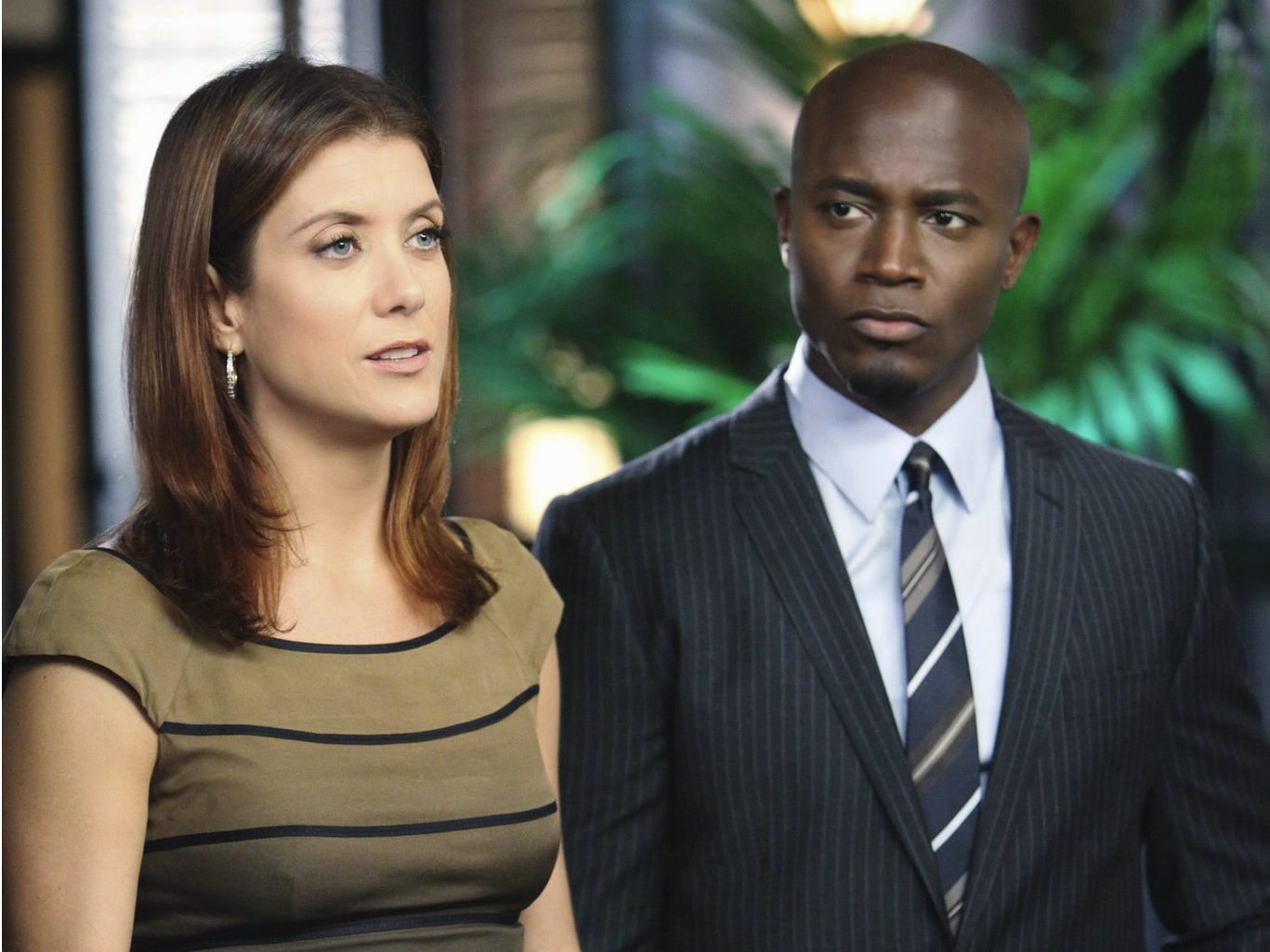 ABCThe show is a spin-off of ‘Grey’s Anatomy.’

Kopelman told Insider that he found the show entertaining but lacking in real medical accuracy.

However, Robins told Insider that she appreciated the show’s attempt to illustrate the difficulties faced by patients undergoing rehabilitation for substance addiction.

“‘Private Practice’ is more accurate than ‘Grey’s Anatomy’ in that it shows patients in the clinic setting. The way that the drug addiction in the show approached, by having the patient go to a psychiatrist and attend meetings, shows the real struggle of addiction and recovery,” said Robins.

Doctors called out “The Resident” for its overly dramatic take on hospital life. 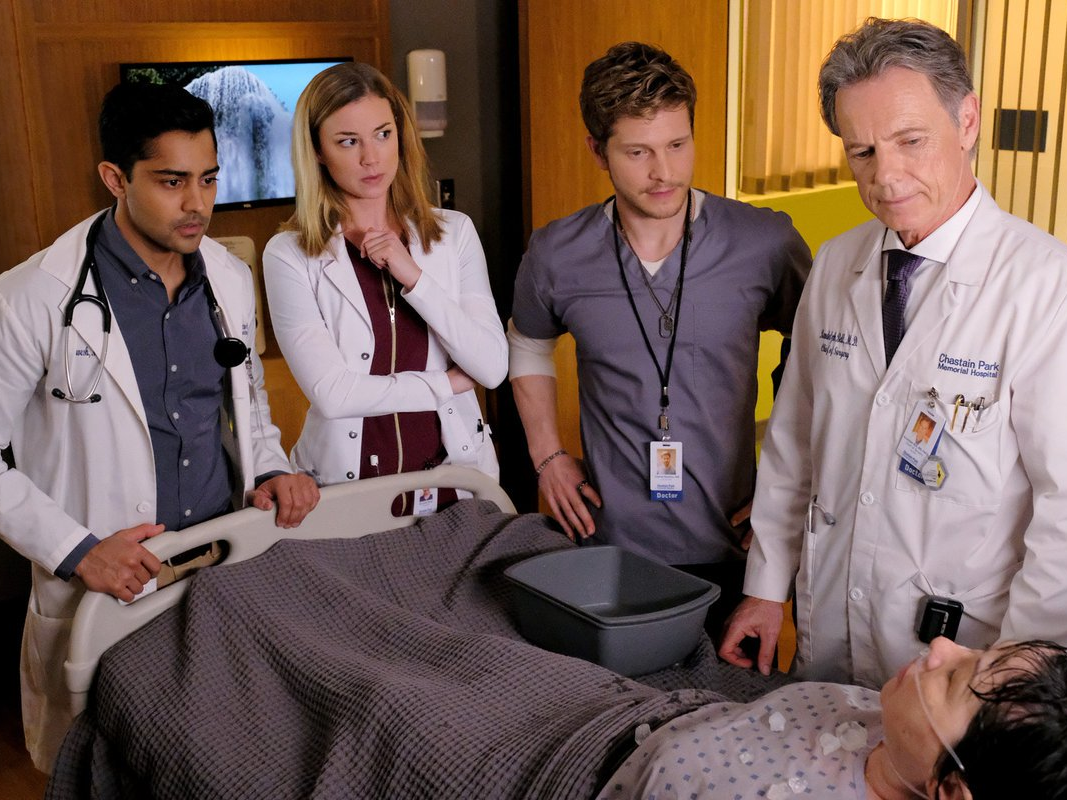 Fox’s modern medical drama “The Resident” follows a troop of young doctors as they navigate the field of medicine and their complex personal lives.

“We all like to think that doctors immediately solve cases in a matter of seconds, especially during emergencies, but we are more often focused on stabilizing the patient and not necessarily making the exact diagnosis in that very moment,” Cecchini told Insider. “‘The Resident’ makes these trainees look superhuman, but it is important to remember that doctors are people.”

“‘The Resident’ is more focused on entertainment and not accuracy. There are some serious HIPAA [privacy rule] violations that happen in this show, like taking a selfie in the operating room,” Kopelman told Insider.

“ER” impressed with its attention to detail and realism. NBCSome doctors felt the show was quite accurate.

Doctors told Insider that the show did a good job of capturing the fast-paced nature of the emergency room and the exhausting lives of emergency-care physicians.

“This show was one of the reasons why I aspired to become a doctor and a surgeon. It portrays the stress, hectic lifestyle, and excitement surrounding being an emergency-care physician extremely accurately,” Dr. Velimir Petkov told Insider.

Experts were particularly impressed by the “ER” showrunners’ solid grasp of medical terminology and procedures.

“This show’s creator must have found some quality medical consultants. ‘ER’ never missed a beat with medical jargon, accurately portrayed the roles and responsibilities of all members of the emergency-room staff, and had some pretty cool patient scenarios in their storylines,” said Sweeney.

However, Kopelman told Insider that although the show is mostly accurate, it took a number of creative liberties with the scope of residents’ job duties.

“The show depicts residents doing work they wouldn’t normally do and holding more responsibilities than they would normally have,” said Kopelman. 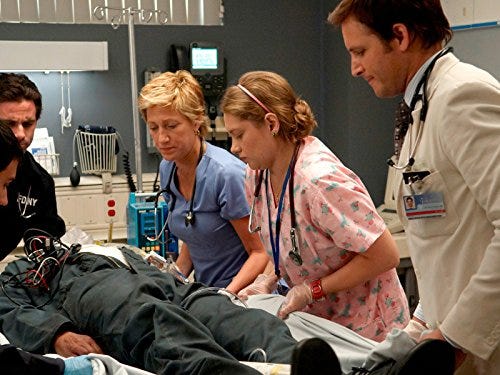 ShowtimeSome medical professionals found that other harrowing parts of the show were unfortunately somewhat realistic.

Showtime’s “Nurse Jackie” is a medical comedy about an emergency-room nurse who tries her best to juggle her demanding job and personal life while dealing with an addiction to prescription drugs.

But board-certified psychiatrist Dr. Brian Smith told Insider that he was not impressed with the show’s premise, especially since drug addiction is a serious disease that impacts millions of people.

However, Sweeney noted that although the amount of responsibility and lack of supervision given to nursing student Jackie isn’t realistic, her struggles with addiction may, unfortunately, be closer to reality.

“‘This is a depressing, satirical look at the world of emergency-room nursing. The show did a good job of highlighting nurse staffing issues and the ongoing problem of opiate abuse in healthcare workers – a sad but real problem in our hospitals today,” said Sweeney.

Some experts told Insider that “General Hospital” isn’t very accurate, but they enjoy it anyway. 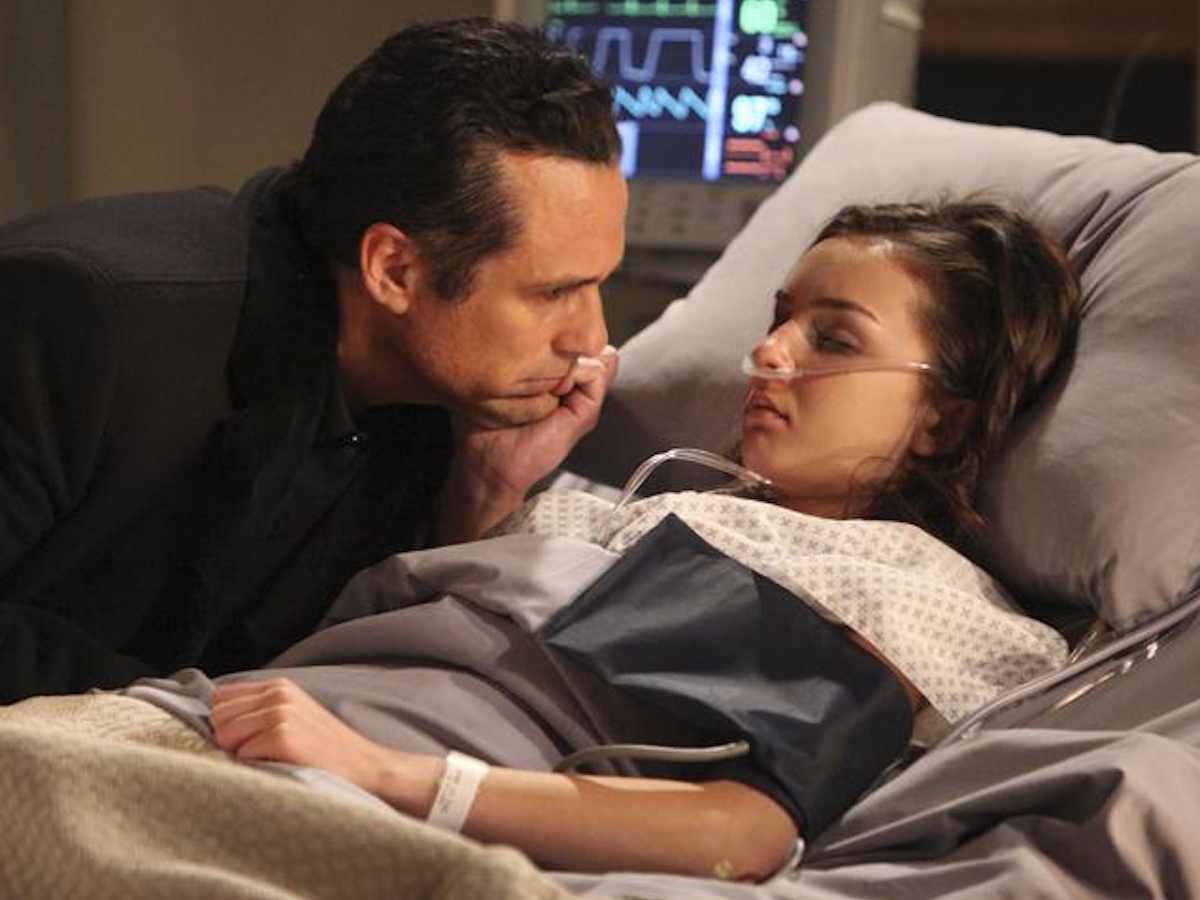 ABCOne nurse applauded the show’s depiction of how personal life and hospital life can become intertwined.

The first episode of ABC’s “General Hospital” aired all the way back in 1963, making it one of the longest-running American soap operas.

The show revolves around the various intrigues and life events of its central cast, and though experts said “General Hospital” is mostly lacking in medical accuracy, it’s still fun to watch.

“I grew up watching ‘General Hospital’ daily at 3 p.m. every day after school,” oncology nurse and patient advocate Gail Trauco told Insider. “It may have been total fantasy, but it provided my first insight into hospital life and how it can spill over into the personal lives of medical staff.”

Doctors had mixed feelings about “The Good Doctor.” 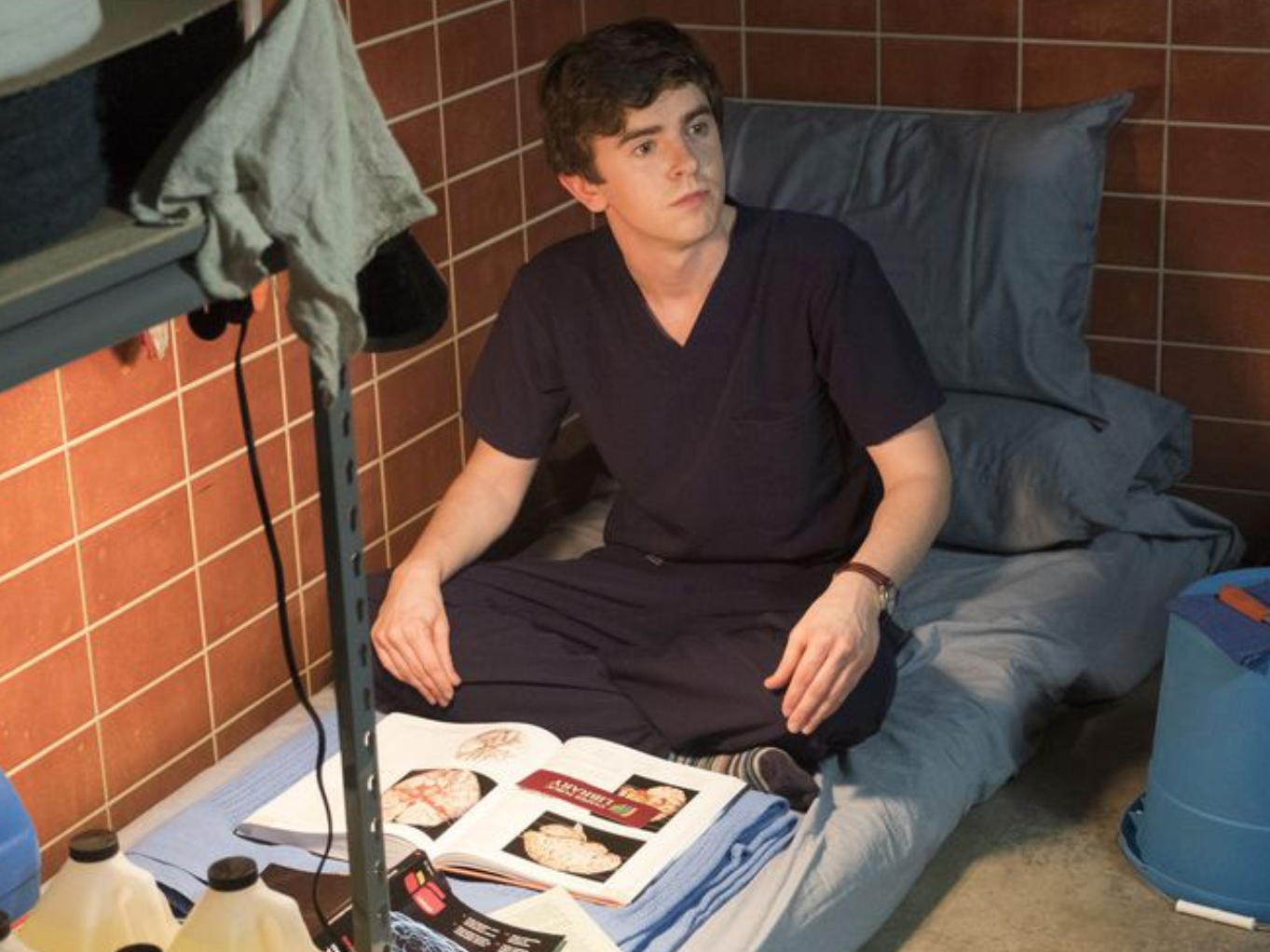 Eike Schroter/ABCSome experts called out the show for improperly highlighting a few popular myths about autism.

ABC’s “The Good Doctor” is a medical drama based on a Korean show of the same name. The US version of the series centres around Shaun Murphy, a surgical resident who has autism.

Smith said he thinks the show has a lot of heart, but its portrayal of autism “sometimes misses the mark.”

“Some myths about autism are played up on this show – most people with autism are not savants and though the lead character has a troubled childhood, bad parenting does not cause autism,” said Smith.

In addition, Kopelman told Insider that “The Good Doctor” had more medical accuracy than similar dramas, but still suffered from protocol blunders.

“There are still a few mistakes, such as protocols being ignored and instances when doctors aren’t properly suited up for operations, but it’s more accurate than other shows in terms of medical terminology, diagnoses, and treatments,” said Kopelman.