Australia and New Zealand have been able to keep their number of coronavirus cases low thanks to early lockdown efforts. Experts say it's 'probably too late' for other countries to learn from them. 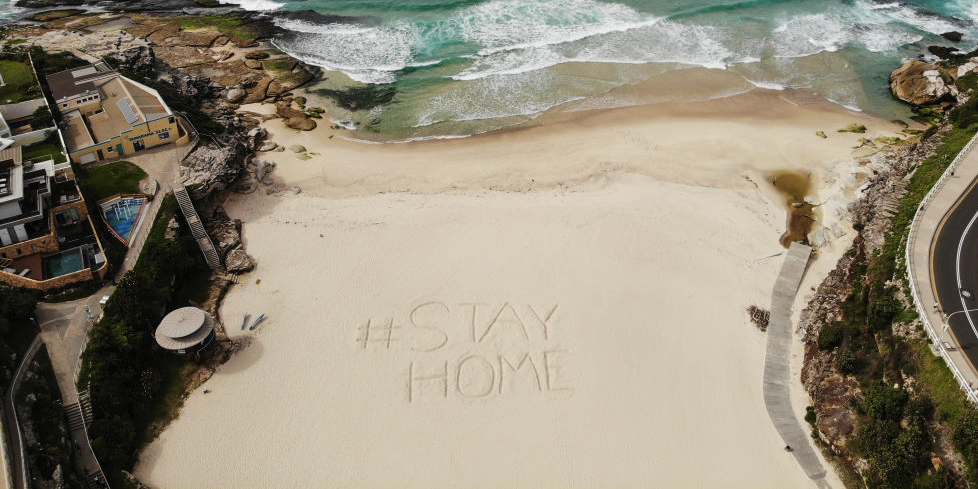 James Gourley/Getty ImagesAn aerial view of a notice dug into the sand reading #STAYHOME on Tamarama Beach on April 02, 2020 in Sydney, Australia.

As the coronavirus pandemic continues to spread around the world, some countries’ efforts to slow the spread of infection that have been more successful than others.

Both Australia and New Zealand have been hailed for their early mitigation efforts to curb the spread of disease, which has been linked to their smaller-than-average number of cases and deaths among Western nations.

Experts say that early national lockdown efforts, good public adherence to the rules, and widespread testing capabilities may have prevented Australia and New Zealand from being overwhelmed with a wave of infections, similar to what is being seen in hard-hit countries like Italy and the United States.

“At least for New Zealand, it was relatively prompt action at an early stage to go for a strong lockdown,” Nick Wilson, a professor and public health expert at the University of Otago in New Zealand, told Business Insider.

New Zealand has a population of around 4.8 million.

New Zealand began imposing restrictions on travel weeks before recording even a single coronavirus case within its borders. Starting on February 3, the government restricted access to individuals who had travelled to mainland China, then widened the restriction on February 28 to include those who travelled to Iran or were passengers or crew aboard the Diamond Princess cruise ship. The country confirmed its first case – a New Zealand citizen who visited Iran – on February 28.

By March 23, the country recorded 102 cases. Prime Minister Jacinda Ardern raised the country’s alert to Level 3 restrictions, which meant that the country was under “heightened risk that disease is not contained.” The move closed schools, cancelled mass gatherings, and allowed people to speak to their doctors online. Two days later, the country entered into Level 4 restrictions, which instructed all individuals to stay at home and severely limited travel.

By April 9, compulsory quarantine for New Zealanders returning home was put in place.

According to Wilson, Google data shows that early and strict mitigation efforts were followed by a vast portion of the population, allowing the spread to be effectively contained. 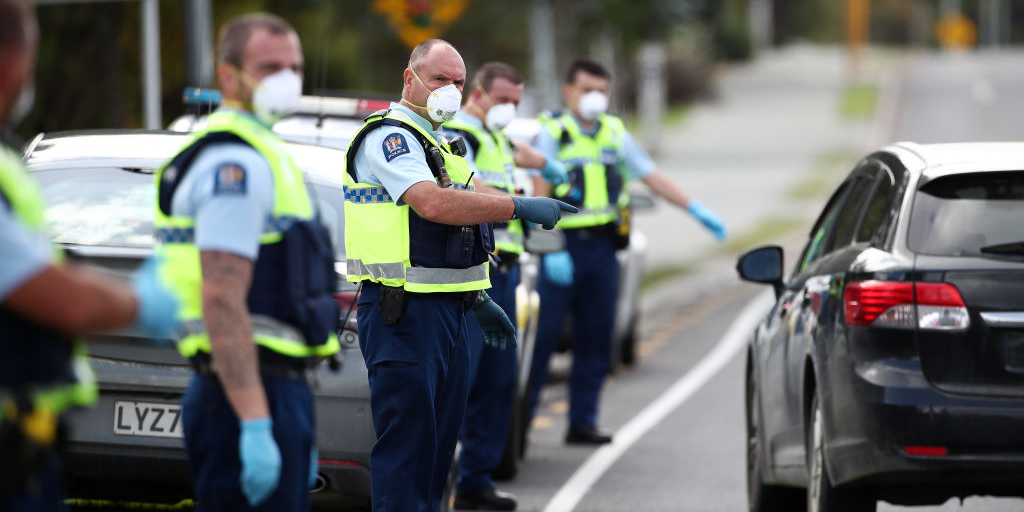 Fiona Goodall/Getty ImagesPolice stop vehicles to heading north on state highway one at Warkworth on April 09, 2020 in Auckland, New Zealand.

“The Google data shows that New Zealanders have followed the lockdown rules … with a remarkably high level of behaviour change,” Wilson wrote in an April 12 blog post on how Australia’s lockdown compliance compared to other countries. “Activity dropped almost instantly, by over 90% from baseline levels in some categories,” he added.

He pointed out that a reduction in activity led the number of coronavirus cases to level off around April 6, about 10 days after lockdown measures were first put in place.

Australia, too, has been effective in implementing early mitigation strategies. The country has managed to keep the number of cases among its population of nearly 25 million lower than other major hubs like Italy and the UK.

On January 23, the country began restricting flights coming in from Wuhan, China, the initial epicentre of the virus. The country reported its first coronavirus case – a Chinese citizen who returned from China – on January 25.

By January 31, the country recorded nine cases and initiated a mandatory two-week quarantine for those entering the country from China. Australia recorded its first death on March 1.

The country announced a $AU17.6 billion stimulus package to on March 12, when it reported 142 cases, and on March 15, Prime Minister Scott Morrison announced that all travellers arriving in or returning to Australia must self-isolate for 14 days.

Morrison also limited public gatherings to two people from March 29 and said Australians would only be allowed to leave their house for essential shopping, medical reasons, exercise, or work. By that point, the country recorded 4,159 confirmed cases, including 15 deaths. 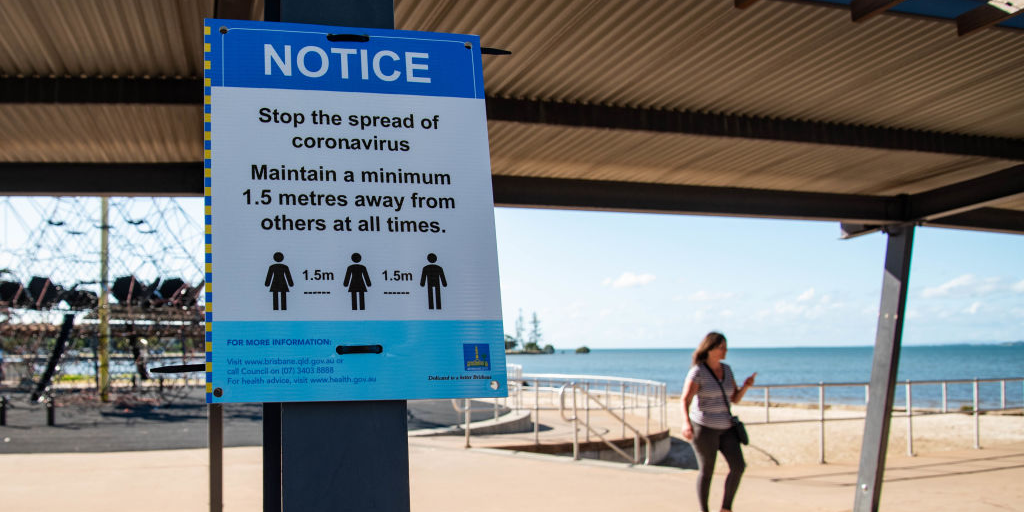 Wilson said that both Australia and New Zealand have “rapidly expanded” their testing capabilities and have extensively implemented contact tracing measures, which monitors people who have caught the virus and identifies close contacts in order to ensure isolation measures are followed.

Despite early successes, Australia and New Zealand said it remains too soon to ease coronavirus restrictions.Australia announced on Thursday that it would keep measures in place for another month, while New Zealand will decide whether to extend the nationwide shutdown on April 20.

Wilson added that although Australia and New Zealand serve as examples of countries that have successfully kept their number of coronavirus cases low, he said that it is “probably too late” for other countries to implement similar mitigation measures. He said that while New Zealand is aiming to “eliminate” the disease from within its borders, other countries may have different goals in mind that may indicate success in curbing the virus.

“A possible advantage of New Zealand’s elimination strategy is that if it works over the next one to two months, then the whole economy can be fully opened up (except for international tourism, as borders will probably keep with strict quarantine until a vaccine is available),” Wilson said.

“New Zealand shows the benefit of having quite high levels of scientific expert input into the policymaking process and a Prime Minister who is a very good communicator who the public trust,” he added.