A common theme in government guidelines is how exercise is for good you — and how you’re probably not getting enough of it.

According to the National Health Service, exercising can cut your risk of major illnesses like heart disease, stroke, type 2 diabetes, and cancer by up to 50%.

And now, new research, published in the British Journal of Sports Medicine, shows that moderate exercise a few times a week could also keep your mind sharp if you’re over 50 years old.

Researchers at the University of Canberra analysed 39 studies published to the end of 2016, to look at the impact of exercise on overall brain capacity, attention, alertness, and memory.

They found a combination of aerobic and resistance exercise had the most benefits. In particular, the researchers highlighted tai chi and yoga. The former is actively promoted by the NHS for its ability to “reduce stress, improve posture, balance and general mobility, and increase muscle strength.”

“Aerobic exercise was associated with enhanced cognitive abilities, while resistance training was significantly associated with improvements in executive function, memory, and working memory,” Joe Northey, teaching fellow and lead author of the study, said in a statement.

“Tai chi also improved cognitive abilities, but this is based on a just a few studies, so that will have to be confirmed in a larger clinical trial.”

The 13th-century Chinese martial art is low impact, and so is a good option for people who might not have the mobility they once did, Northey added.

He said the evidence is strong enough that aerobic and resistance exercise should be recommended to the over 50s to improve brain health. The study found that moderate and vigorous exercise sessions of 45 minutes to an hour is good for brain health, so a mixture of intense and low-impact training is ideal.

The NHS already recommends adults aged 19 to 64 years old do at least 150 minutes of physical activity every week. 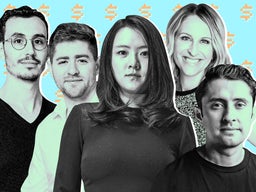 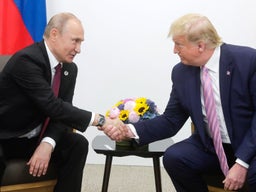