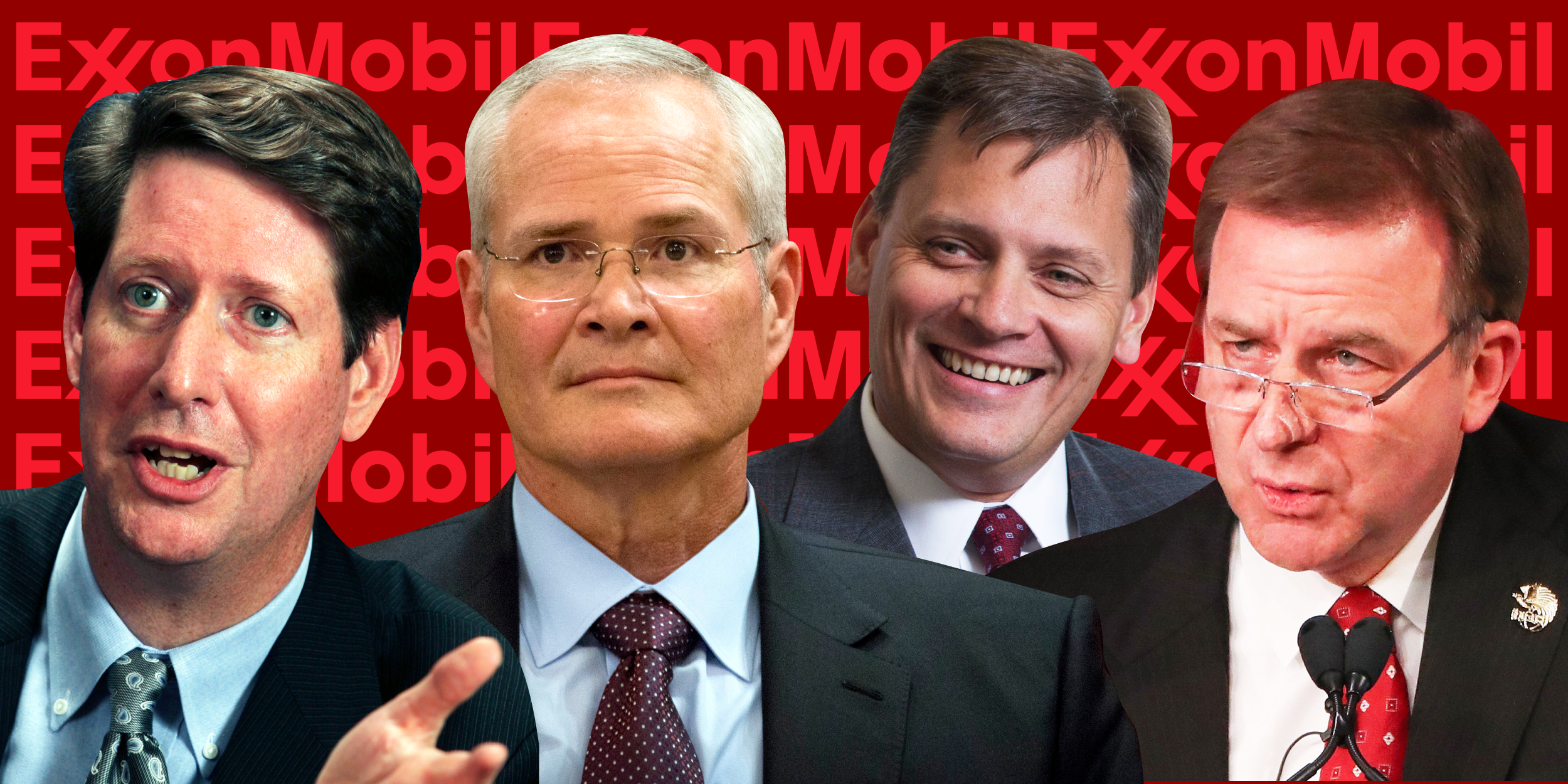 Exxon Mobil, like most large oil companies, faced a number of tough decisions in 2020. After the price of crude collapsed, the firm slashed capital spending by $US10 billion,cut thousands of workers, and said it would write down billions more in assets.

Behind those decisions is what some employees have referred to as the “God Pod” â€” Exxon’s executive wing at the company’s headquarters. The name is a reference to the top floors of the office that the group occupies, and it’s been used to describe the company’s leadership style.

“The executive wing of Exxon Mobil’s headquarters outside Dallas is nicknamed the God Pod because orders given by executives there can sometimes be as sharp as thunderbolts,” longtime New York Times energy reporter Clifford Krauss wrote in 2017.

At the top is CEO Darren Woods, who’s led the company since 2017, along with three other members of Exxon’s management committee: Neil Chapman, Andrew Swiger, and Jack Williams. Together, they have an average tenure of nearly 35 years. They oversee Exxon’s second tier of executives including vice presidents and division leads.

All four members of the management committee are white men. 18% of Exxon’s US executives are minorities, as of 2019, the company says on its website.

It’s a new year, but many of 2020’s challenges linger: The layoffs sunk morale, oil markets are still stunted, and some investors are pressuring the company to address the risks associated with climate change, as many of its peers have done.

We lay out the executives who will navigate those challenges in an org chart, available exclusively to Insider subscribers. It includes 138 of the firm’s top employees.