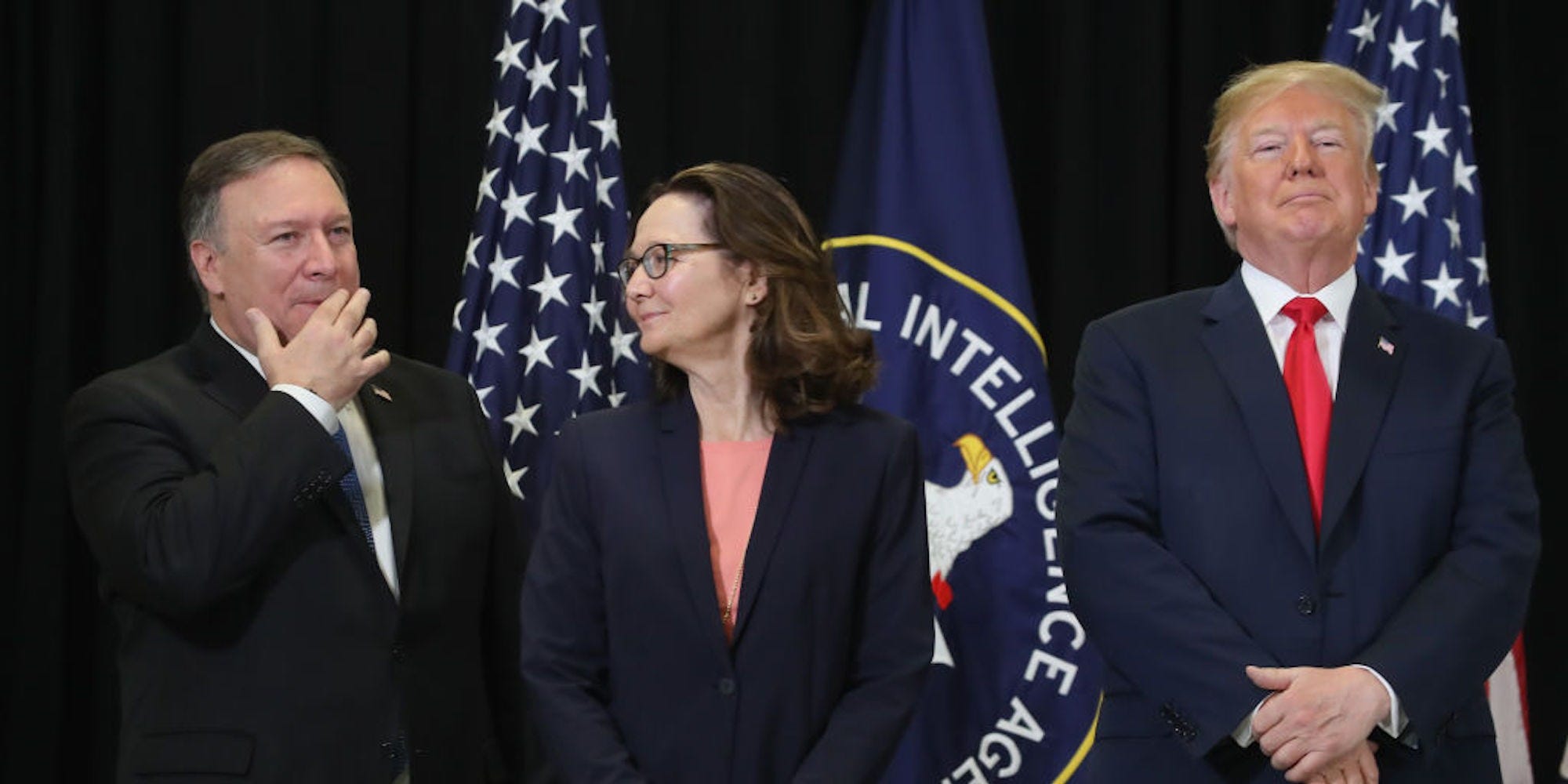 After an explosive report claimed that a Russian military intelligence unit in Afghanistan offered a bounty to Taliban-linked militias to kill US and coalition soldiers, the questions critics want answers to is ‘what did the president know’, and ‘why didn’t he act?’

In a statement Saturday evening, White House Press Secretary Kayleigh McEnany said that neither President Trump nor Vice President Mike Pence had been briefed on the intelligence.

The New York Times story on Friday claimed the president had been made aware of the matter in March, but chose not to act.

“The CIA Director, National Security Advisor, and the Chief of Staff can all confirm that neither the President nor the Vice President were briefed on the alleged Russian bounty intelligence…The United States receives thousands of intelligence reports a day, and they are subject to strict scrutiny,” McEnany said in a statement.

But former national security officials question the plausibility of the denial and say that even if true, it exposes huge failings in the Trump administration.

The briefing is a daily summary of plots and emerging threats to US national security across the globe.

"The White House statement addressing this issue earlier today, which denied such a briefing occurred, was accurate. The New York Times reporting, and all other subsequent news reports about such an alleged briefing are inaccurate.” (2/2)

“Maybe the assessment was briefed only sub-POTUS because it was judged not to merit his attention. (This would be at odds with reporting just now by the same NYT trio-that it was, in fact, in the President’s Daily Brief.) If so, shame on the system,” he wrote.

Maybe POTUS was, in fact, orally briefed on it—but White House officials have decided to lie about it, perhaps in a weak attempt to avoid the logical next question: Why hasn’t the commander in chief responded to such a grave development?

“Maybe POTUS was, in fact, orally briefed on it-but White House officials have decided to lie about it, perhaps in a weak attempt to avoid the logical next question: Why hasn’t the commander in chief responded to such a grave development? If so, shame on them. And on him.”

Susan Rice, President Barack Obama’s national security adviser, said that even if the denial were true, and the intelligence never made its way to the president, it would signal the incompetence of the Trump administration.

“I don’t believe this for a minute, but if it were true, it means that Trump is not even pretending to serve as commander in chief. And no one around him has the guts to ask him to. More evidence of their deadly incompetence,” she wrote, following the White House denial.

Her deputy at the time, Ben Rhodes, wrote: “In addition to being almost certainly a lie, the idea that Trump wouldn’t be briefed on Russia putting a bounty on US troops is even crazier than him being briefed and doing nothing.”

Asha Rangappa, a former CIA agent who works as an analyst for CNN, questioned why John Ratcliffe, Director of National Intelligence, had not been fired if it was accurate that the president had not been apprised about the threat to the lives of US forces from an international adversary.

So…why hasn’t the DNI been fired yet? https://t.co/bXYMWqQZaj

The White House did not immediately respond to a request for comment on criticism of its statement Saturday.

The report has again raised questions about Trump’s relationship with Russia, which has dogged him throughout his presidency.

As recently as May – about two months after sources told the Times he had been told of the Russian plot – Trump was calling for Russia to be reinstated into the G7, a meeting of the world’s major economies from which Russia was excluded after the 2014 annexation of Crimea from Ukraine.

On Saturday, Trump’s rival for the presidency, Democrat Joe Biden, accused Trump of betraying his duty as president.

“His entire presidency has been a gift to Putin, but this is beyond the pale,” Biden said during a virtual town hall Saturday. “It’s a betrayal of the most sacred duty we bear as a nation to protect and equip our troops when we send them into harm’s way. It’s a betrayal of every single American family with a loved one serving in Afghanistan or anywhere overseas.”