Meet Robert F. Smith, the billionaire who paid off an entire class' student loans and reportedly will now pay $140 million to settle a four-year investigation into his taxes Marcus Ingram/Getty ImagesSmith gave the commencement address at Morehouse College in Atlanta, Georgia on May 19, 2019.

Robert F. Smith, CEO and founder of private equity firm Vista Equity Partners, will pay $US140 million to settle to a four-year-long investigation into his personal taxes.

Smith became one of the most recognisable members of the three-comma club after announcing during his May 2019 commencement address at Morehouse College in Georgia that he would pay off all the student loans owed by the entire graduating class. Smith later extended the gift, which Morehouse later said totaled $US34 million, to cover the graduates’ parents’ loans, too.

Smith is worth an estimated $US7.05 billion, according to the Bloomberg Billionaires Index. He founded Vista Equity Partners, which invests in software companies, in 2000.

As a high schooler, Smith convinced Bell Labs to give him an internship even though they were reserved for college students. He went on to study at Cornell and Columbia universities, and he worked at Goldman Sachs before starting his own investment firm.

Here’s a look at Smith’s life and career.

Jonathan Marino contributed to an earlier version of this story.

Robert F. Smith, 57, was interested in working in Silicon Valley from the time he was in high school. Smith gave a commencement speech at American University’s 2015 graduation, where he spoke about his earliest attempts to get work in Silicon Valley while he was still in high school.

“I dug up the phone number for Bell Labs to ask about summer internships,” Smith said. “They said I could apply if I were a junior or senior in college. I said that was fantastic, because, while I was only a junior in high school, I was getting A’s in computer science and my advanced maths courses, so it was like I was in college. Much to my dismay, they disagreed.”

But Smith said he kept calling back “every day for two weeks straight,” and after an intern from MIT didn’t show up, he was accepted as an intern.

Smith spent years working as an intern at Bell Labs and went on to study chemical engineering at Cornell University. 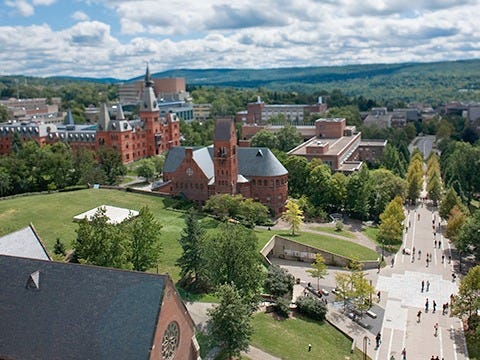 Smith attended Cornell for undergrad but never lost touch with Bell Labs. He continued to work there as an intern during his summer and winter breaks before graduating Cornell with a chemical engineering degree.

After Cornell, Smith got his MBA from Columbia University in New York City and then went on to work on Wall Street, taking a job at Goldman Sachs. 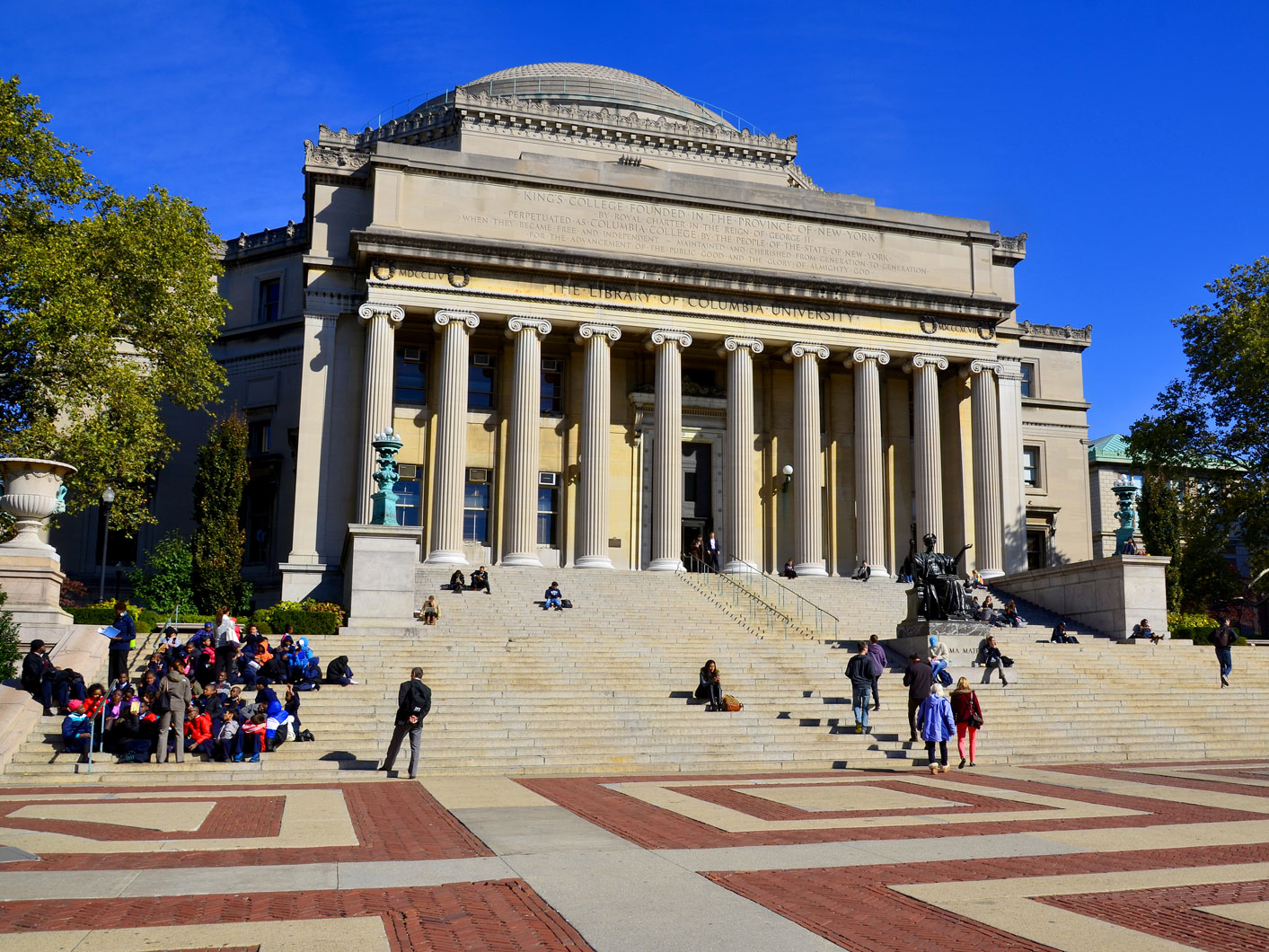 “When I finished business school and decided to join the tumultuous world of investment banking, my family and friends spoke up with concerns about my sanity,” Smith said in his American University commencement speech.

Smith would rise to cohead of enterprise systems and storage-investment banking at Goldman Sachs, advising on $US50 billion of deals from 1994 to 2000. 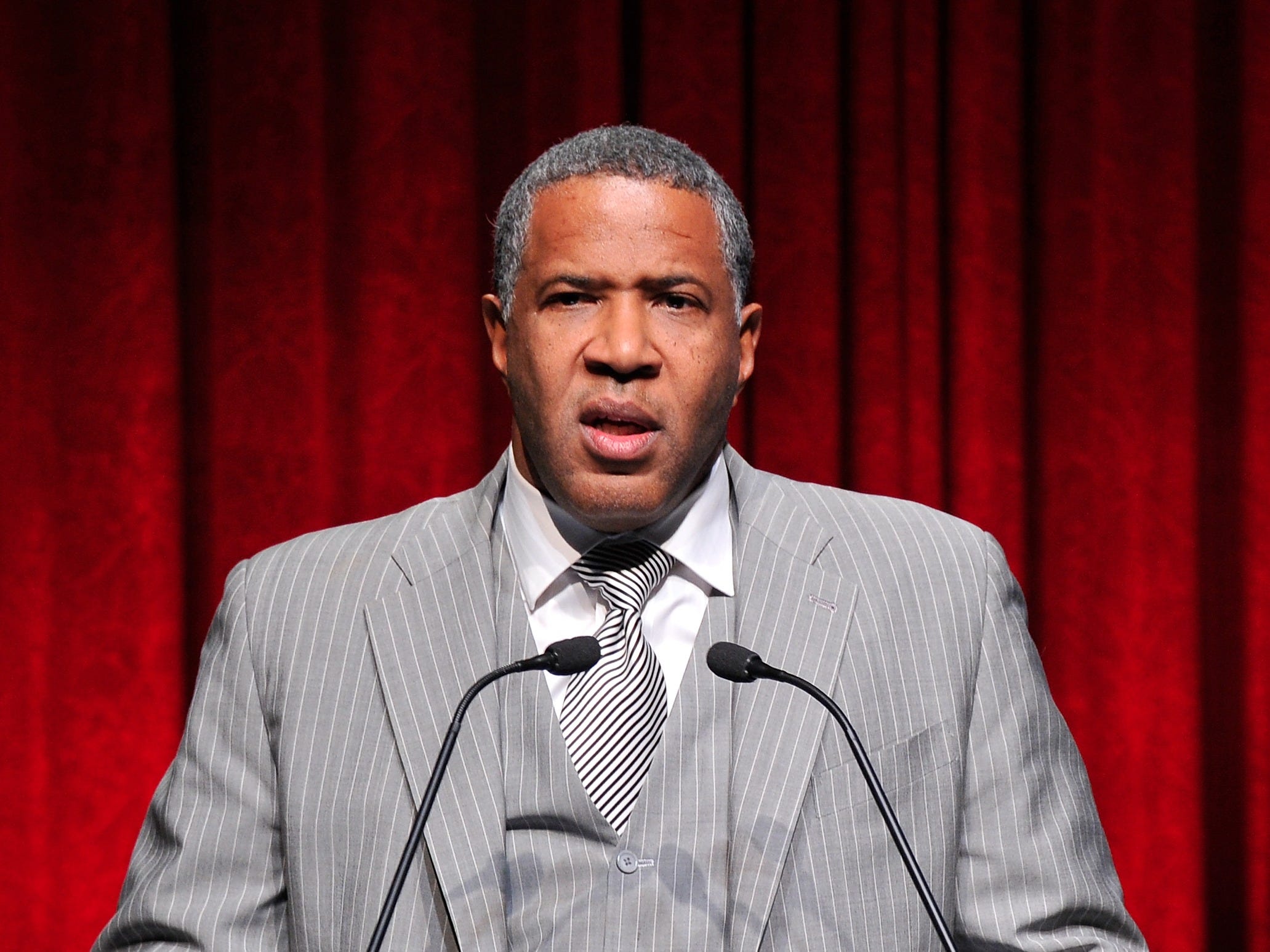 Smith left Goldman Sachs, where he worked on tech M&A, in 2000 and launched his own private equity firm.

Smith’s former colleagues at Goldman Sachs were initially sceptical of his new venture.

“When I left my post at Goldman Sachs just after we had gone public to set up a private equity firm called Vista Equity Partners … my mentors and colleagues at Goldman thought I had lost it,” he said in his speech at American University.

Vista has grown into one of the most successful private equity firms, with more than $US46 billion in assets, according to Forbes. In the years since its founding, the firm has generated bumper returns for investors and gradually increased assets under management.

Vista has posting annualized returns of 22% since its beginning, according to Forbes.

Smith’s investing strategy is to back Silicon Valley’s least-known companies. 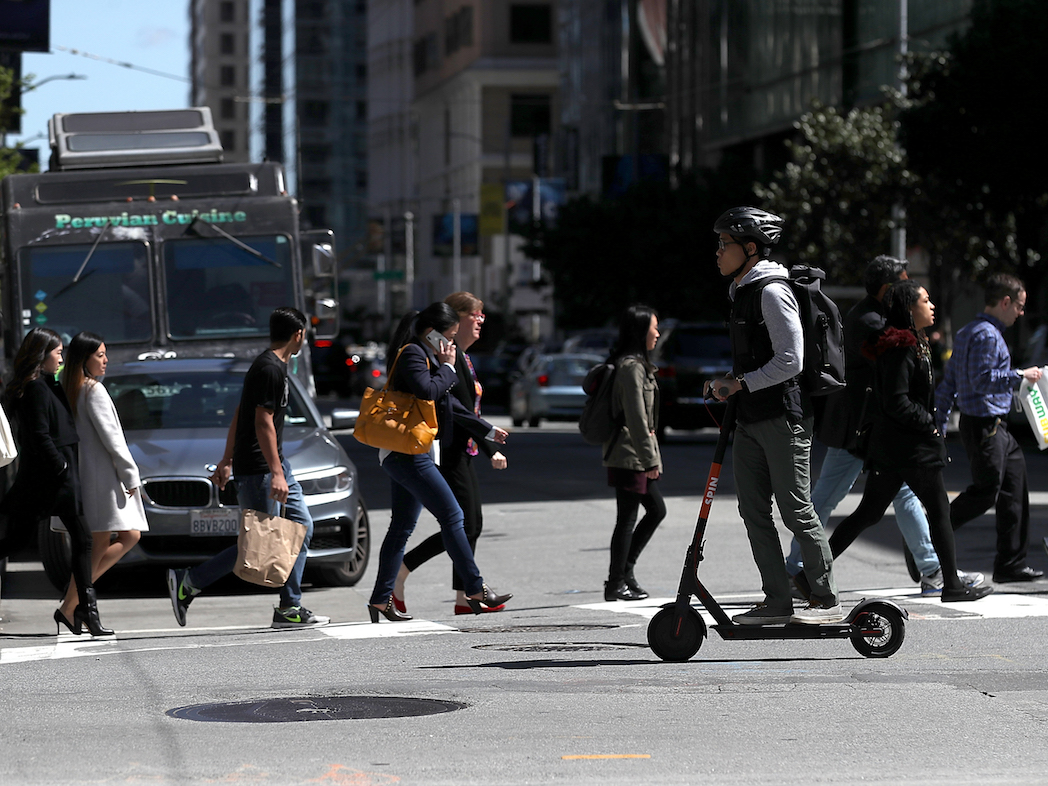 Silicon Valley may be best known for billion-dollar valuations and soaring real-estate prices, but Smith’s strategy is practically contrarian: He’s investing in software and technology companies that aren’t in the least bit flashy.

Smith’s company is known for its unconventional hiring methods. The New York Times called Vista’s hiring strategy “decidedly unusual” for how it uses tests to whittle down candidate lists.

Vista uses a personality test developed by IBM that measures social and technical skills, as well as applicants’ interest in arts and humanities.

The Vista CEO has the respect of many of his Wall Street peers. 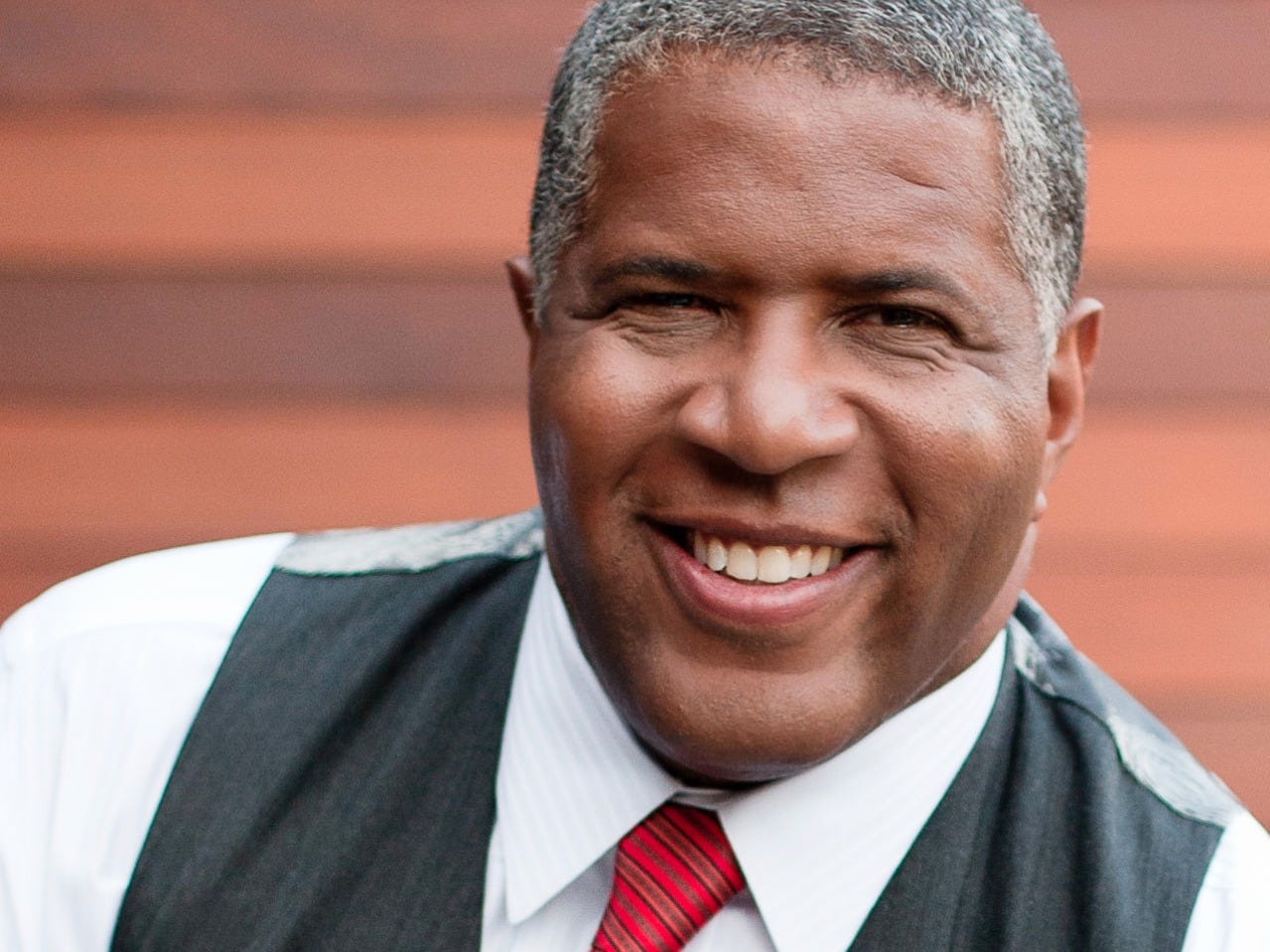 Smith’s strategy – as well as his work ethic – have won him praise on Wall Street. He’s the “antithesis of [Blackstone CEO Steve] Schwarzman,” a tech-industry banker told Business Insider. The banker went on to praise Vista, as well, saying “there is no shortage of PE shops that have succumbed to style creep and/or chasing fleeting trends, but Vista has remained focused on enterprise software and technology.”

Another banker told Business Insider that Smith was “one of the smartest men I’ve ever met.”

Smith is married to Hope Dworaczyk, a fashion editor and former Playboy Playmate. 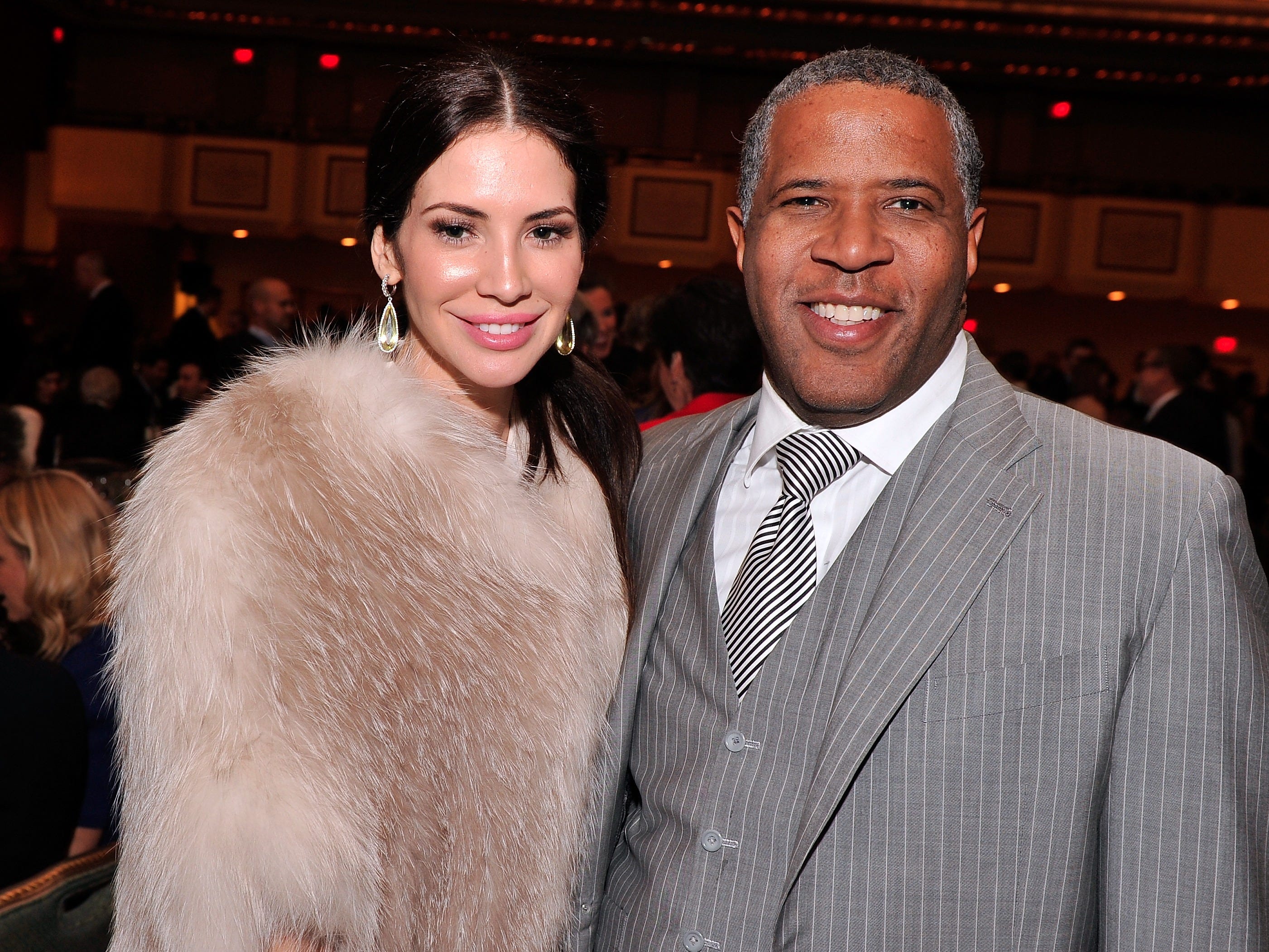 The couple married in 2015 in a lavish ceremony on Italy’s Amalfi Coast, where they rented out the Hotel Villa Cimbrone and put on a star-studded display that included entertainment from Seal, John Legend, and Bryan McKnight.

The couple has two children together, and Smith has three other children from a previous marriage.

Smith is a major donor to the Democratic party. 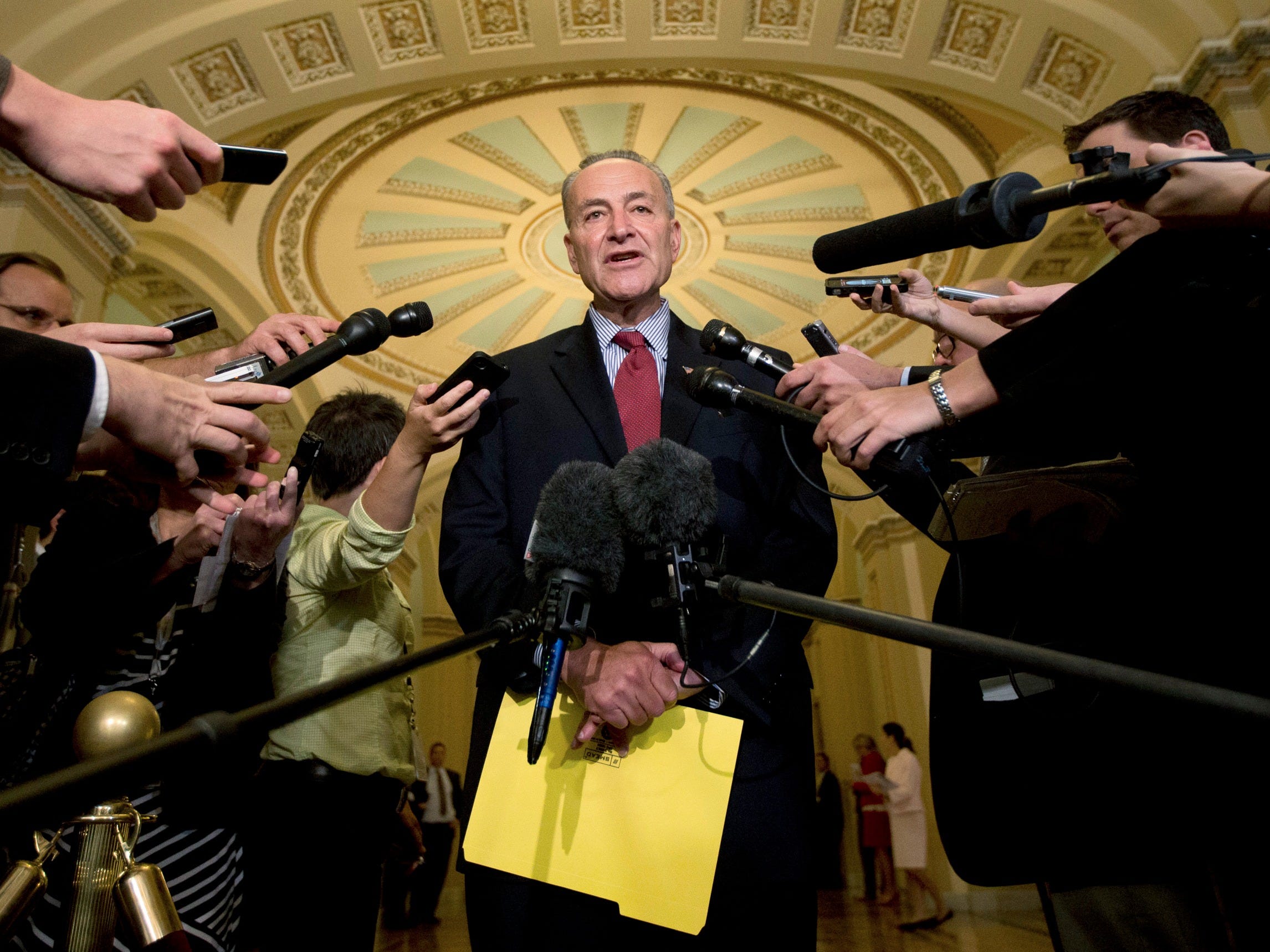 Many private equity executives are regular donors to campaigns on both sides of the aisle, and Smith is no exception.

Smith has donated at least $US1.6 million to the Democratic National Committee, according to Open Secrets, a non-profit, nonpartisan research group that tracks the effects of money and lobbying on elections and public policy. He’s donated thousands more to specific Democratic candidates including Barack Obama, Hillary Clinton, Kamala Harris, and Chuck Schumer.

Smith also donated $US5,000 to Republican Mitt Romney, according to the research group.

He’s also a member of the Giving Pledge, which was founded by Bill Gates and Warren Buffett to encourage the world’s wealthiest to donate a majority of their fortunes to charity. 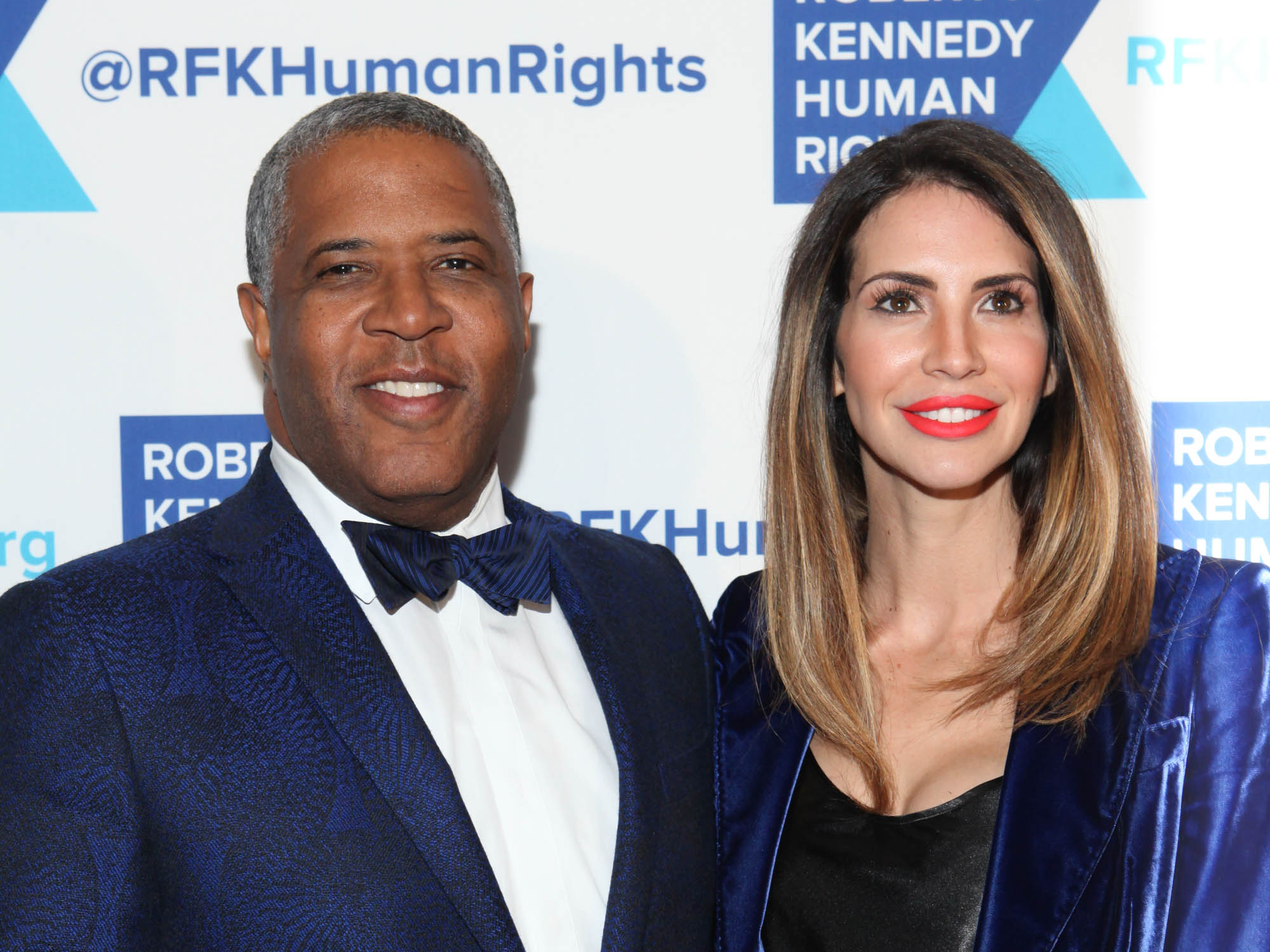 In his Giving Pledge bio, Smith promised to invest half of his net worth during his lifetime “to causes that support equality of opportunity for African Americans, as well as causes that cultivate ecological protection to ensure a livable planet for future generations.”

In 2016, Smith donated $US20 million to the National Museum of African American History and Culture in Washington, DC. 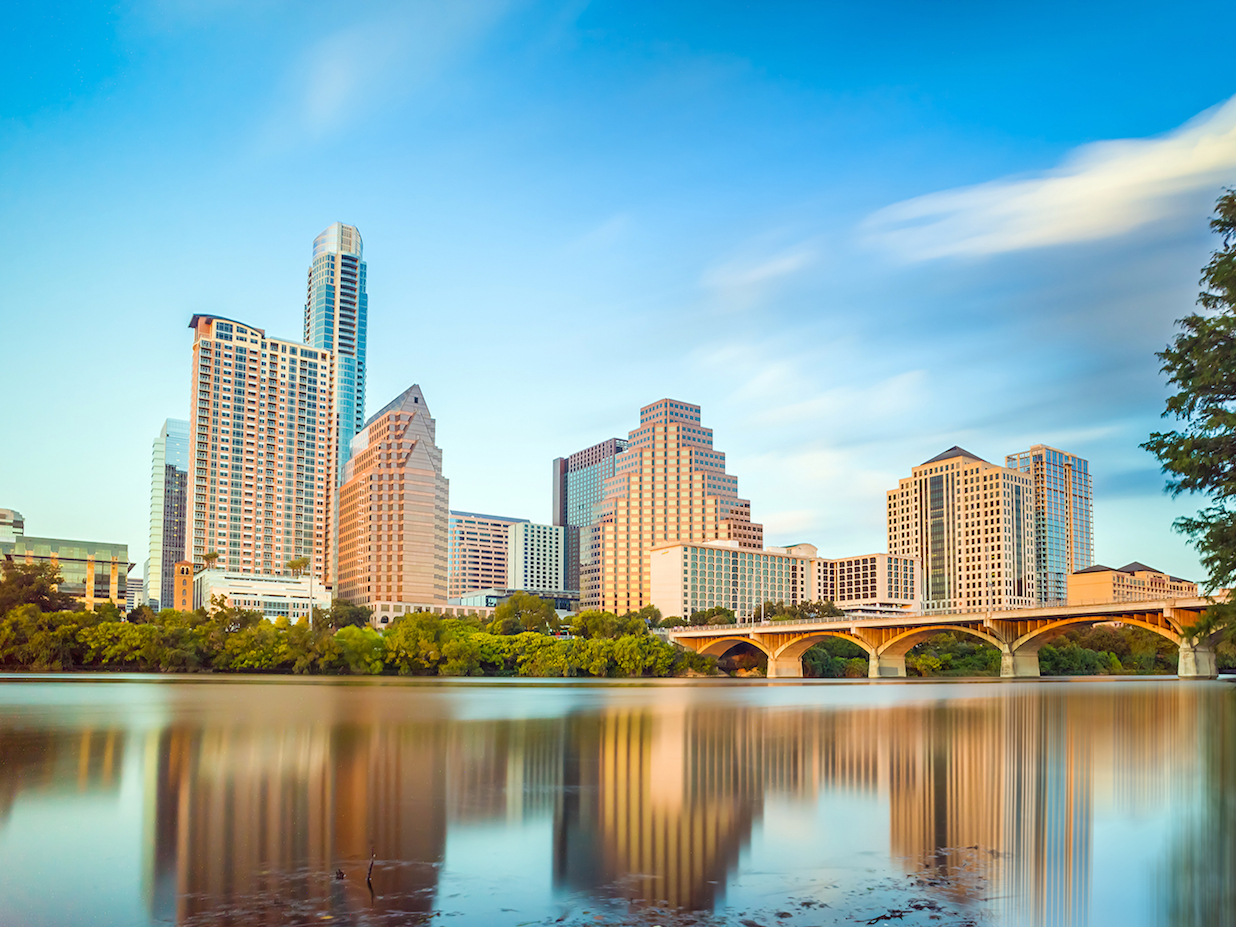 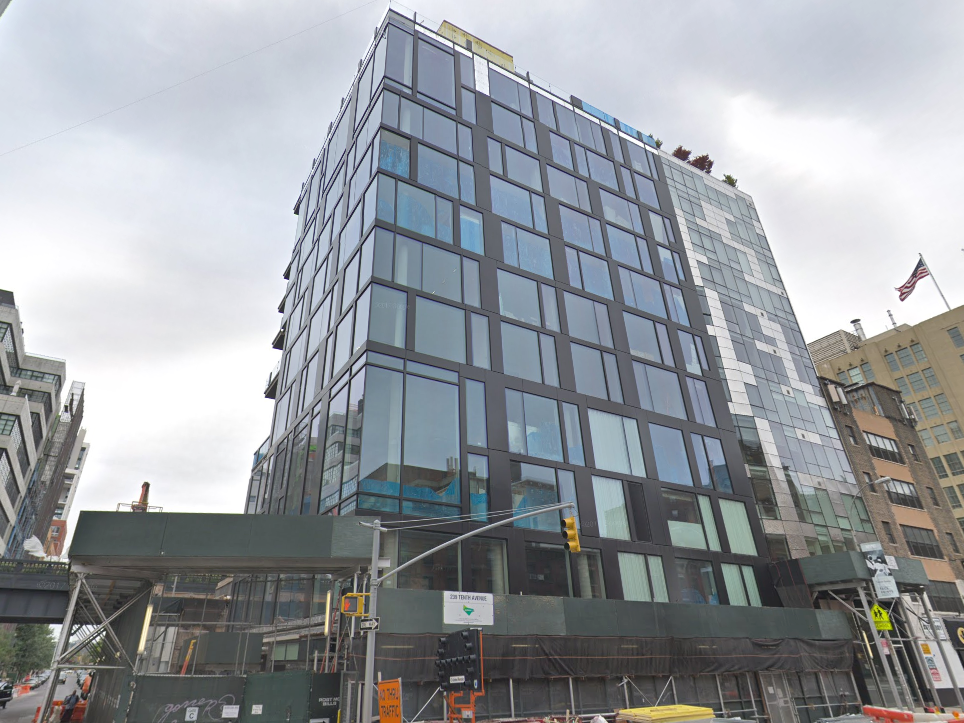 Google MapsSmith paid $US59 million for a triplex penthouse in The Getty in Chelsea.

In 2016, Smith and his wife bought a $US20 million Malibu mansion from “Real Housewives of Beverly Hills” star Yolanda Hadid.

And in 2018, Smith dropped $US59 million on a three-story New York City penthouse in the Getty, a new luxury building in Chelsea. In a 2015 interview with Columbia Business School, Smith said fly fishing helps him be “more mindful, more thoughtful,” adding: “It makes you slow down and actually focus. You have to focus on everything that you’re doing, seconds at a time.”

Smith also serves as the chairman for the Robert F. Kennedy Centre for Justice and Human Rights. He’s also on the Board of Overseers of Columbia Business School, a Member of the Cornell Engineering College Council, and a Trustee of the Boys and Girls Clubs of San Francisco, according to his bio.

Smith is the third-richest black billionaire in the world, ahead of Oprah Winfrey and Michael Jordan. 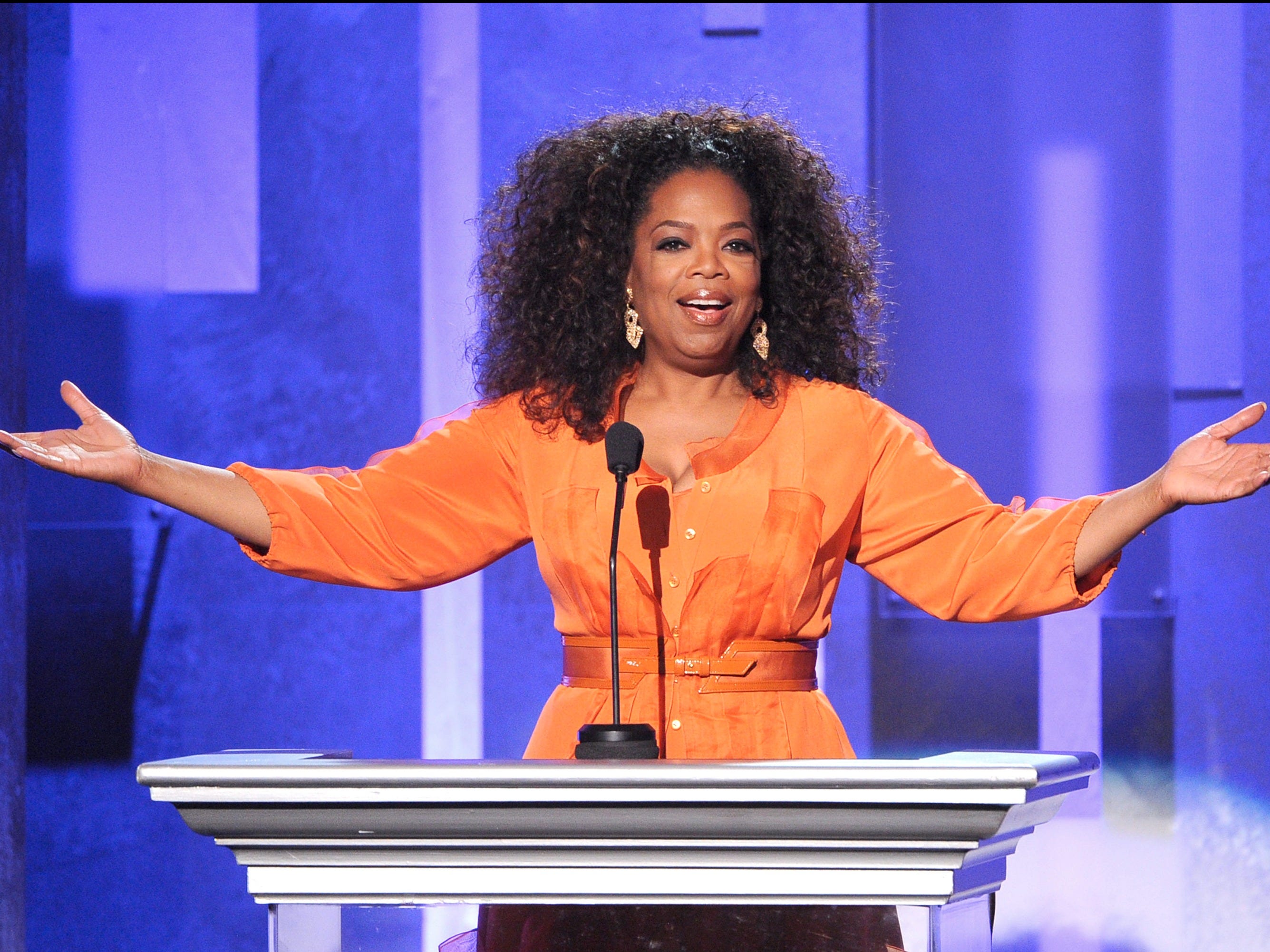 Smith ranks third in Forbes’ Black Billionaires list, following Nigerian cement and commodities tycoon Aliko Dangote, worth $US10.9 billion, and Nigerian-born Mike Adenuga, who made his fortune in the oil and mobile telecoms industries and is worth $US9.1 billion.

He is the richest of the seven Black billionaires in the United States, however.

While delivering their commencement address in May 2019, Smith pledged to pay off all of the Morehouse class of 2019’s student loans. 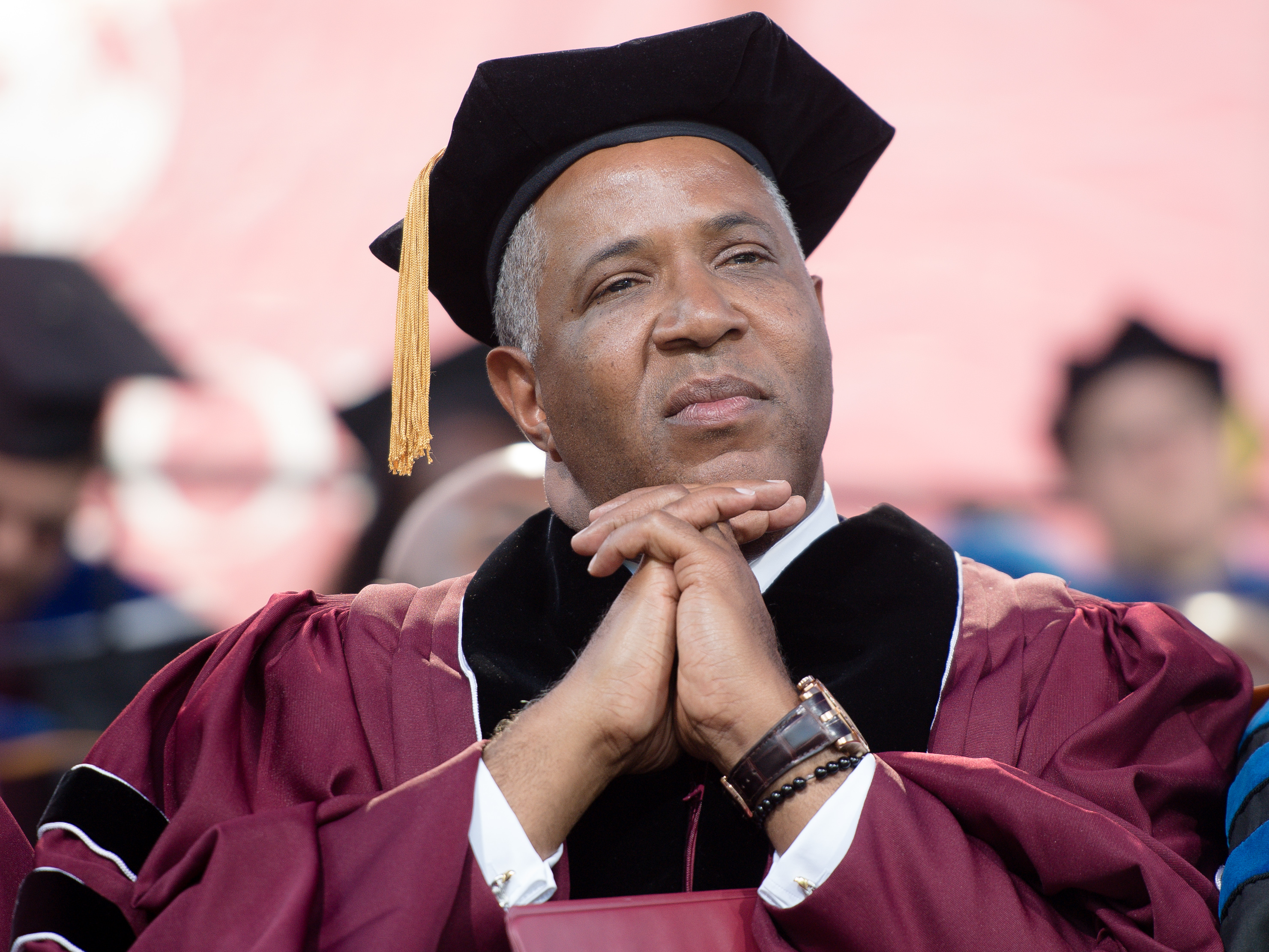 “I tell people there’s nothing greater than liberating the human spirit,” Smith told Business Insider about the gift. “Think about 400 young African American men who had just done the heavy lift. Many of them had college loans and parents PLUS loans coming out of their neighbourhoods, fighting what they were fighting for, and then getting educated. Now they did all the heavy lifting. And I thought, what can I do to uplift their spirit that is already high? And I thought liberating 400 spirits 400 years after 1619 is probably a good, good thing to do.”

Smith is now facing an even bigger bill, this time for back taxes, penalties, and interest. Smith will pay $US140 million to settle to a four-year-long investigation into his personal taxes, Bloomberg reported. The settlement is reportedly connected to $US200 million in assets that Smith moved offshore.

Smith cooperated with the investigation and agreed to admit misconduct but will not be prosecuted, according to reports. Spokespeople for both Smith and the US attorney declined to comment to Bloomberg on the settlement.

Smith has also been outspoken about racial injustice in America. 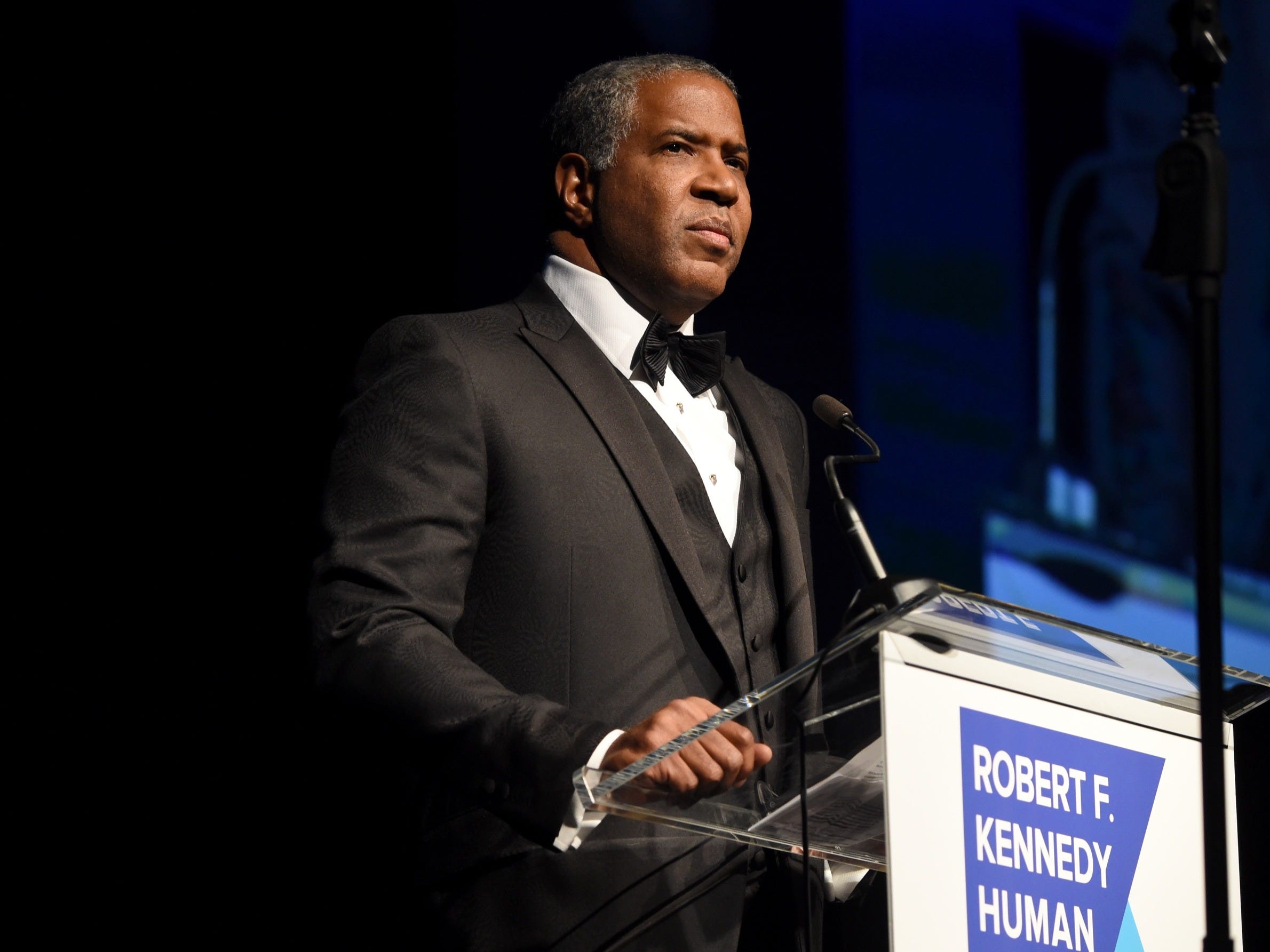 In a memo sent to Vista employees following the outbreak of widespread protests on the killing of George Floyd, Smith recounted his uncle’s murder by a white gas station attendant nearly 50 years ago and called for “love and understanding.”

“This has been a heartbreaking and painful week for America and a reminder that in our endless pursuit of a ‘more perfect union,’ a great deal of work remains,” Smith wrote.

Read more: Read the memo private-equity titan Robert F. Smith, the richest black man in the US, sent to his staff about America’s racial unrest