A new startup is recruiting gig workers to help landlords evict people from their homes, calling it the fastest-growing moneymaking gig because of COVID-19 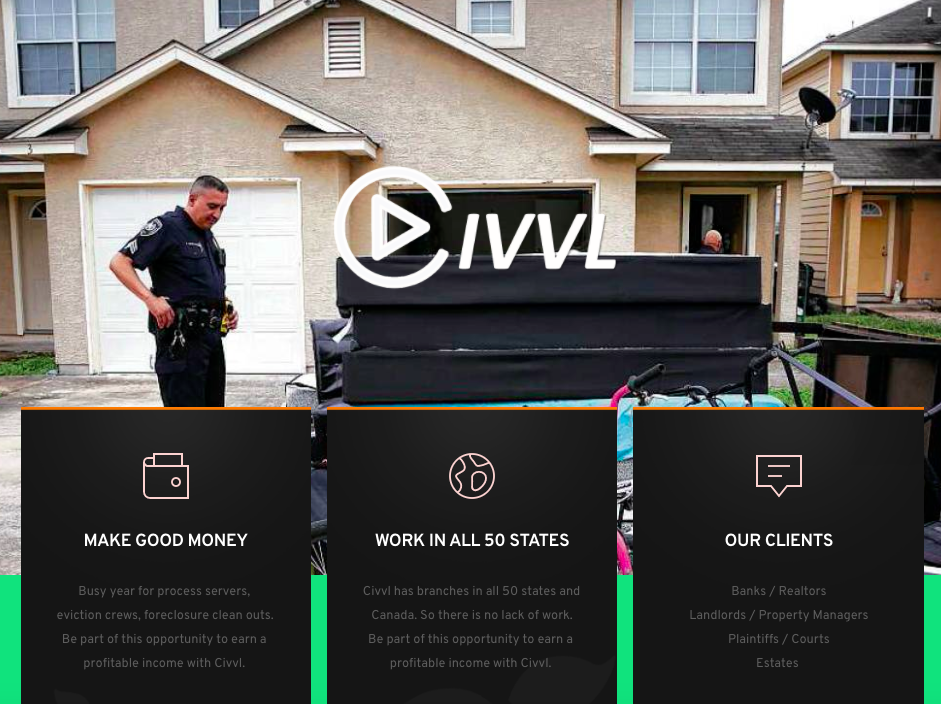 Millions of Americans have fallen behind on rent amid economic turmoil caused by the COVID-19 pandemic, and many could face evictions.

One startup is treating the dire situation as a moneymaking opportunity for gig workers.

The company, Civvl, is recruiting freelancers to sign up as eviction crews for landlords, calling it the “FASTEST GROWING MONEY MAKING GIG DUE TO COVID-19.”

Civvl has posted job listings across the US aiming to recruit an army of gig workers to help facilitate evictions, as first reported by Vice’s Motherboard, which describes the startup as “Uber, but for evicting people.”

Civvl’s site is adorned with photos of homes being cleaned out by movers and messages advertising a quick and easy moneymaking opportunity for workers in the precarious gig economy.

“Too many people stopped paying rent and mortgages thinking they would not be evicted,” Civvl’s site reads. “Plenty of foreclosures and eviction properties to secure and clean out.”

People across the US are still struggling to complete their housing payments from month to month. As of the first week of September, 29% of Americans were unable to pay their rent or mortgage payment in full, and 8% did not pay their full rent in August, according to a survey by Apartment List, an online rental platform.

The CDC has ordered a moratorium on evictions amid COVID-19, which make it illegal for landlords to force out tenants who can’t afford rent during the pandemic â€” but many landlords are still pursuing evictions.

It’s not clear how Civvl ensures that evictions coordinated through the app are legal, but its terms of service shifts the legal liability to landlords who use the app.

Civvl appears to be a relatively new company, and its social-media pages were all created in May. It’s owned by OnQall, a catchall platform for hiring gig workers.

In an emailed statement to Business Insider, Civvl said the Motherboard article “is completely wrong and without merit,” but did not specify the inaccuracies.

“Civvl is just a tool for frustrated property owners to find on-demand help to clean out their already vacated properties. Nothing more. Nothing less. We are accumulating a growing database of independent contractors looking to carry out this foreseeable future of upcoming events,” the company said in the email.

But Civvl’s own website advertises roles beyond cleaning out vacating houses. One page encourages gig workers to “become a process server,” with job duties including “serve papers” and “post notices” on behalf of landlords. 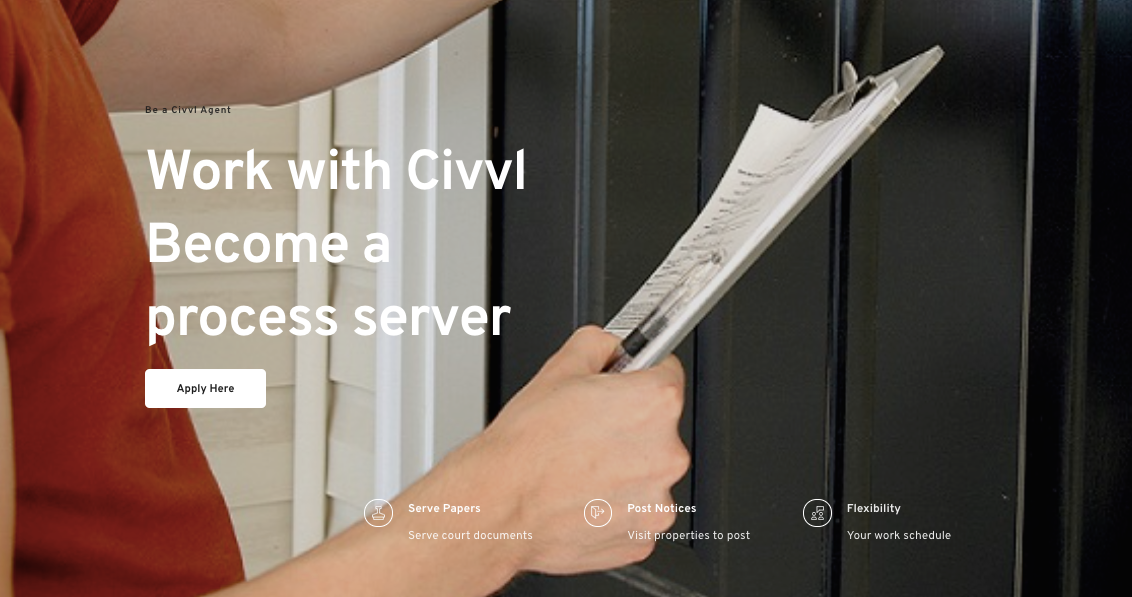 Motherboard reported that several aspects of Civvl’s marketing might be misleading. The startup’s website previously included a quote that was attributed to the New York Times â€” but a search of the Times’ archive didn’t return any articles that included the quote, according to Motherboard, and Civvl deleted the attribution from its website after Motherboard reached out for comment.

In several one-star reviews on Civvl’s App Store listing, people said they had to pay a $US35 registration fee to sign up and that work was not immediately available through the app.

In response to the report, several people took to social media to slam Civvl, voicing outrage that the startup appears to be aiming to profit from widespread evictions.

I can't get over the spelling of this hell-app. "Civvl"

lmao why the fuck do startups do this shit.

"We're selling you worker exploitation, but it's cool, we gave the name a funky spelling so you don't realize we're totally fucking you"