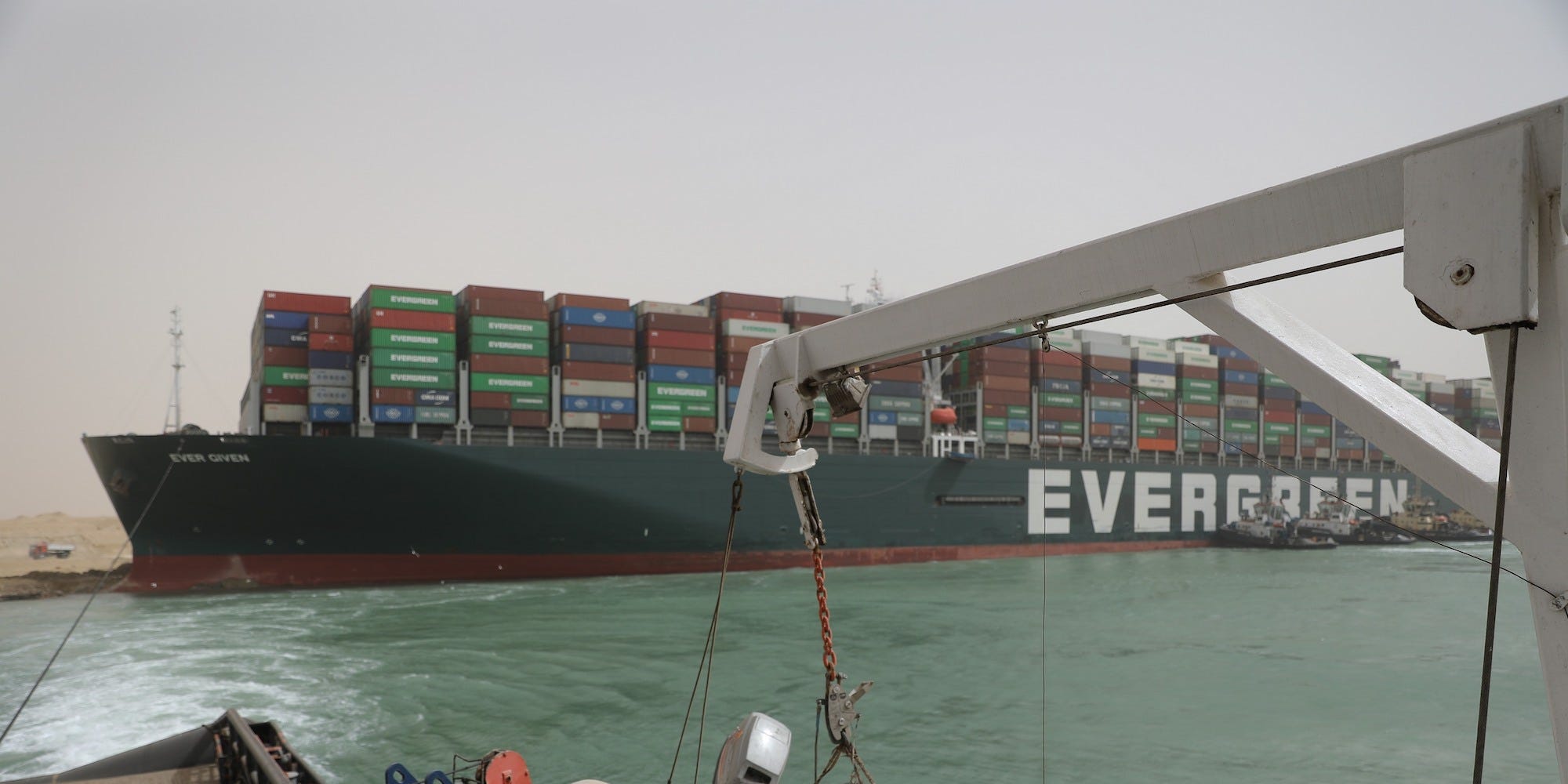 The stock price of the Taiwanese transportation company whose ship blocked the Suez Canal has soared ever since the incident that upended global trade began.

Shares of Evergreen Marine Corporation have gained 28% since March 23, the day the Ever Given ship got stuck in the Suez Canal and triggered an epic traffic jam of more than 400 ships.

Evergreen’s stock has been climbing since last summer, but saw a significant spike after the canal blockage. On the day the Ever Given got stuck, Evergreen tumbled 8% and closed at 42.75 New Taiwan dollars (NT$). Since then, it’s rallied to NT$55-the highest price in over a year-bringing Evergreen’s yearly gain to 440%.

It’s not out of the ordinary for ocean freight tanker stocks to experience volatility, as they’re heavily tied to shipping rates which tend to swing around, said Adam Scheiner, an analyst at UBS Global Wealth Management.

But shipping rates have been steadily rising as the world emerges from the pandemic, and the canal blockage only exacerbated port congestion and demand for shipping.

“The blockage in the Suez Canal just poured gasoline on this demand and price fire,” Scheiner told Insider.

“This was the state of play before the Ever Given snarled global shipping traffic,” he explained.

A shortage of containers and difficulties dealing with the logistics of getting vessels in use back to Asia drove shipping rates higher throughout the year, McNally said. Additionally, the pandemic slowed air traffic and more companies turned to marine shipping to transport freight, he said.

High shipping rates will bode well for freight transportation companies, but Evergreen may be coming under pressure soon for its role in the global trade chaos.

The company could be facing a fine as large as $1 billion, though Evergreen’s president said the shipping giant is “free of responsibility from cargo delays” because “it will be covered by insurance,” according to Bloomberg.

Read more:
Investing legend Joel Greenblatt averaged 50% annual returns over 10 years. He told us his strategy for individual investors to find ‘creative’ opportunities in an increasingly crowded and ever-changing market.