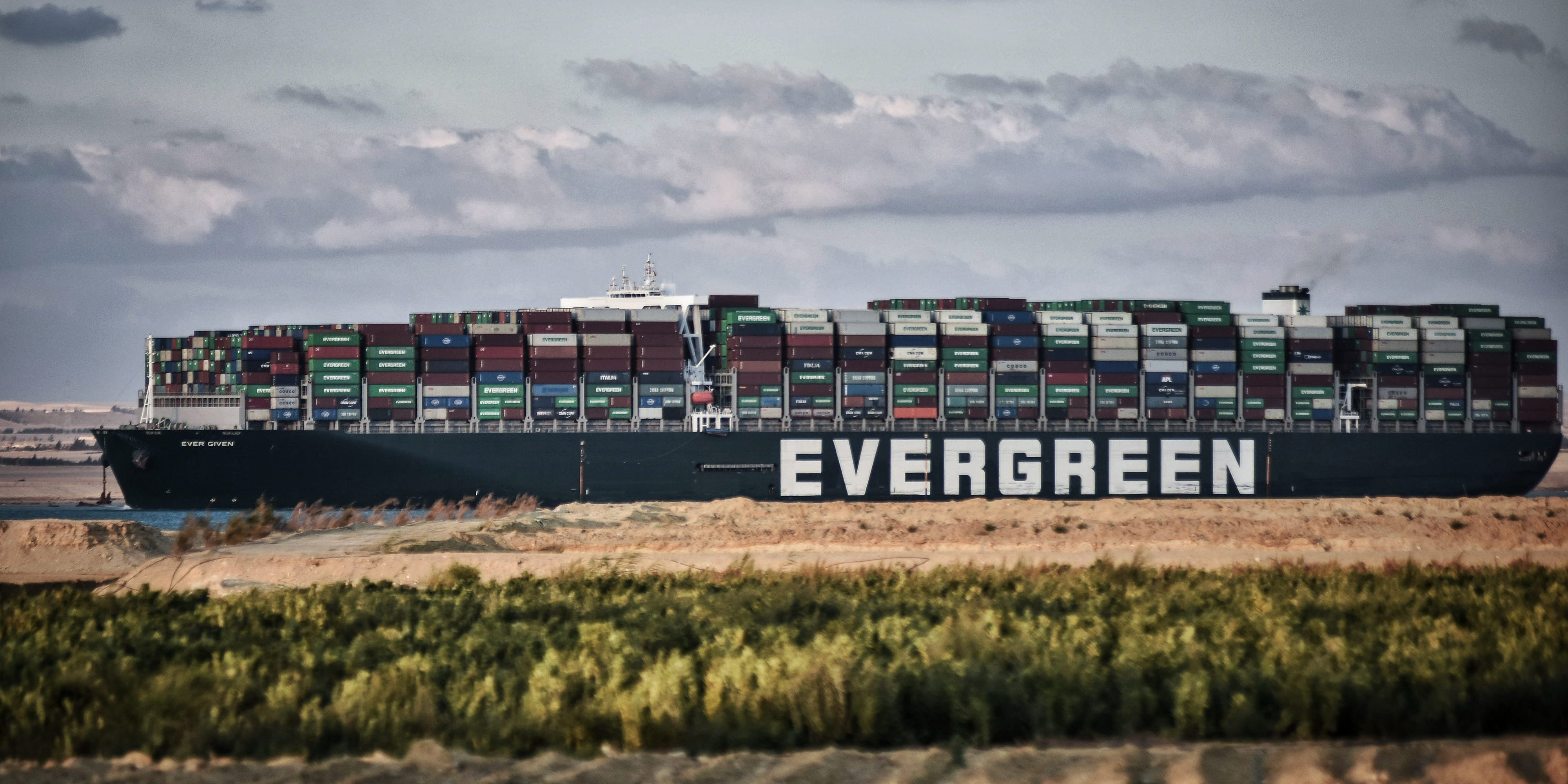 Sayed Hassan/picture alliance via Getty ImagesThe Ever Given container ship, operated by the Evergreen Marine Corporation, sailing through the Suez Canal.

While the giant Even Given container ship might have been freed from the banks of the Suez Canal, it still finds itself stuck, embroiled in a dispute over who should pay for dislodging it from the waterway.

Egyptian authorities said they wouldn’t release the massive ship, which was stuck in the Suez Canal for almost a week, until its owners agreed to pay up to $1 billion in compensation.

“The vessel will remain here until investigations are complete and compensation is paid,” Lt. Gen. Osama Rabie, who leads the Suez Canal Authority, told a local news station on Thursday, according to The Wall Street Journal.

“We hope for a speedy agreement,” he said, adding that the “minute they agree to compensation, the vessel will be allowed to move.”

Rabie said Egyptian authorities would demand $1 billion to cover the costs of freeing the vessel.

The figure would cover the expense of the equipment and machinery used to clear the way and damage to the canal itself by the dredging while also compensating about 800 people who worked to release the 200,000-ton ship, Rabie said.

It would also refund the costs from the blocking of the canal, which ended up causing an epic traffic jam of more than 400 ships on either side of the channel.

Rabie did not say how exactly he arrived at that figure.

According to the London-based financial firm Refinitiv, the Egyptian state lost transit fees worth $95 million because of the blockage. 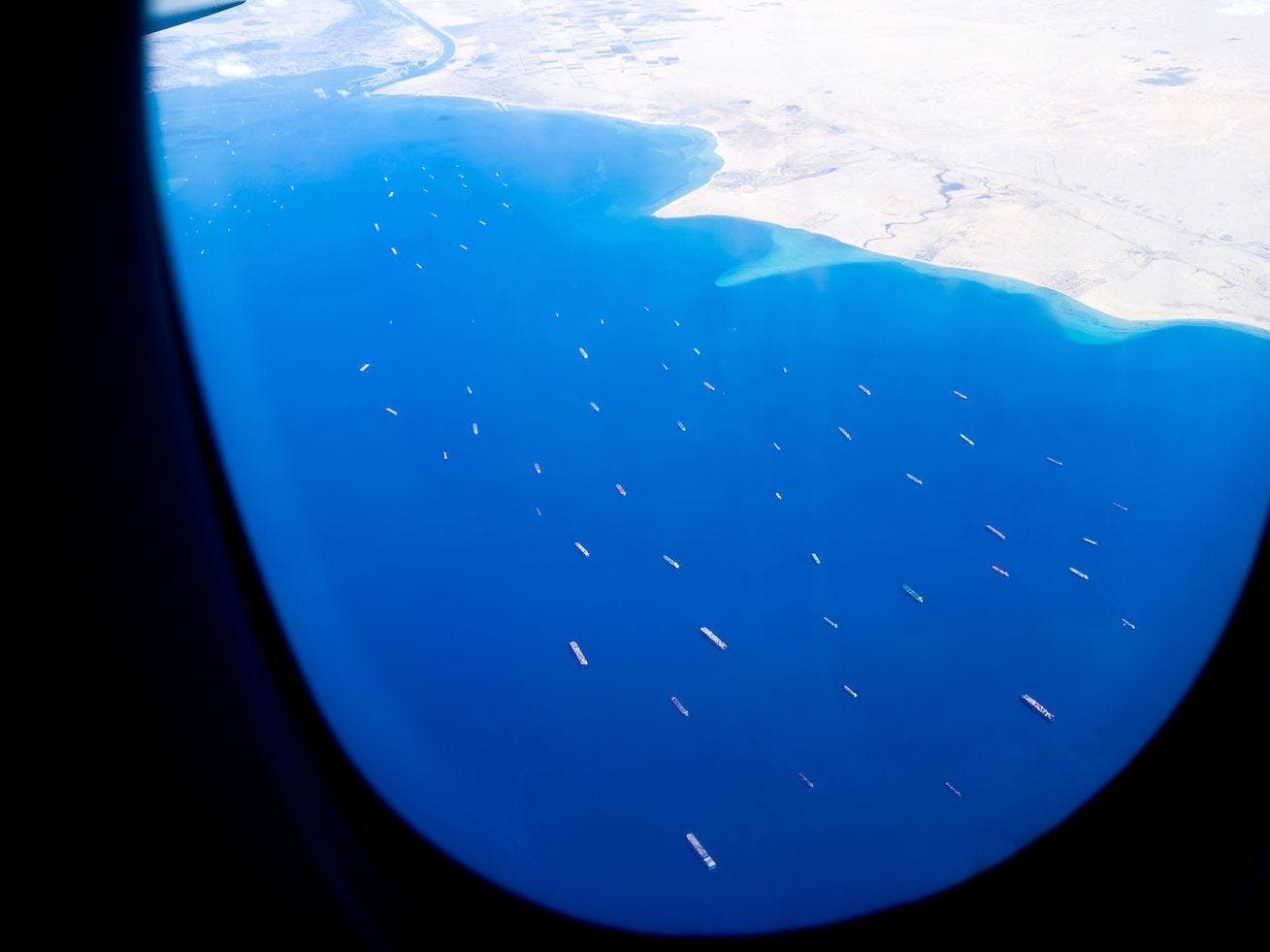 Mahmoud Khaled/AFP via Getty ImagesAn aerial view of the Suez Canal in Egypt, taken from a commercial flight on March 27.

It is also still unclear who will pay for Egypt’s demand for compensation. Shoei Kisen Kaisha Ltd., the Japanese owner of the Ever Given, told The Journal it hadn’t officially heard from the Egyptian authorities.

Eric Hsieh, the president of Evergreen Marine Corp., the charterer of Ever Given, said the company was “free of responsibility from cargo delays” because “it will be covered by insurance,” Bloomberg reported.

The 396.24m Ever Given made headlines on March 23 when it steered off course during an unexpected wind storm and became lodged in the sandbanks of the Suez Canal, disrupting global trade. It was freed six days later.

Egypt has since opened a formal investigation into how the vessel got stuck.

The ship, its cargo, and the 25-person Indian crew of sailors will remain at anchor in Egypt’s Great Bitter Lake until the investigation is over. Earlier this month, authorities told Insider the crew of the ship was safe and would continue getting paid.

Rabie said he would prefer to settle the matter of compensation outside court, though he didn’t rule out a lawsuit.

“We could agree on a certain compensation, or it goes to court,” he said, according to CNBC. “If they decide to go to court, then the ship should be held.”