Ever Given crew must not be 'held to ransom', union leader says, as Egypt continues to impound the ship while claiming $916 million from its owners 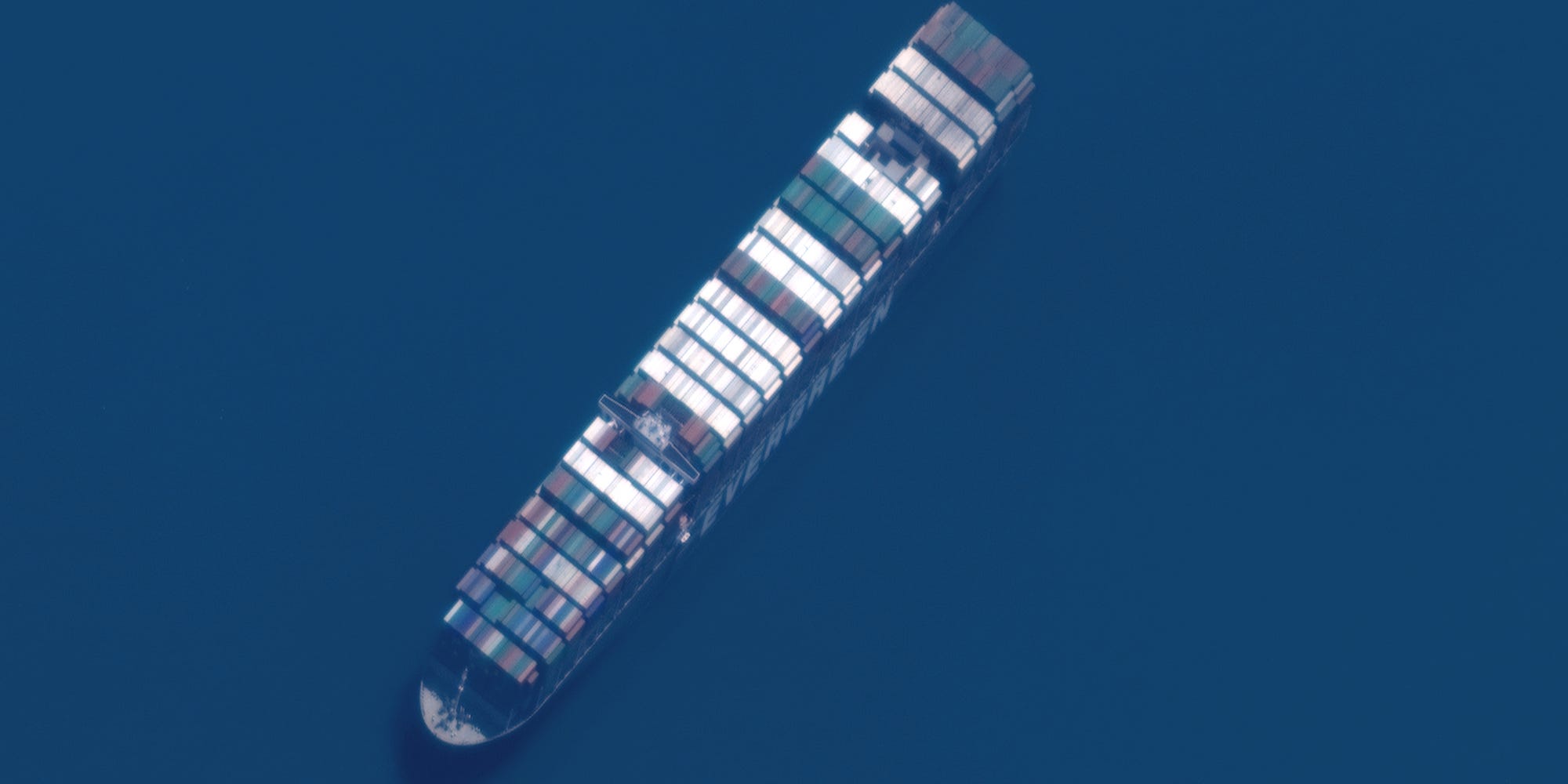 Satellite image ©2021 Maxar TechnologiesA satellite view of the Ever Given in the Suez Canal’s Great Bitter Lake on April 12 2021.

The crew of the Ever Given remain stuck on board the ship more than three weeks after it was dislodged from the Suez Canal.

Its 26 members cannot leave the vessel, moored in an artificial lake along the canal, with limited exceptions. They are stuck because Egyptian authorities have impounded the vessel while they seek almost a billion dollars from its owners and operators.

The situation prompted the a union representative to warn against their being “held to ransom” in the legal dispute, a situation not uncommon for mariners whose ships are caught in legal trouble.

The Ever Given has been impounded in the canal’s Great Bitter Lake holding area since April 13, as the state-owned Suez Canal Authority pursues Japanese owner Shoei Kisen Kaisha Ltd for a $916 million in damages.

As the company is contesting the lawsuit, there is no immediate sign that the ship’s crew of Indian nationals will be able to leave soon – even though the Ever Given itself has been declared fit to proceed by inspectors.

Abdulgani Serang, head of the National Union of Seafarers of India (NUSI) told The Guardian: “These are professionals who had nothing to do with this incident and should not be held to ransom.”

“Let the negotiations go wherever they need to go,” he added. “[…] The situation shouldn’t arise that our seafarers there in Egypt are on the receiving end of something. They should not feel any heat at all from this whole incident.”

Serang earlier told Insider that the crew were safe and healthy, which was echoed by Bernhard Schulte Shipmanagement, the ship’s technical manager, in an April 14 update.

The Suez Canal Authority (SCA) said on April 15 that two of the ship’s 26-strong crew had been allowed to leave for “urgent personal circumstances.”

Serang also told The Guardian that NUSI hopes another three of the crew, whose contracts are expiring soon, can be allowed to leave – but they would have to be replaced by three fresh mariners.

The basis of Egypt’s $916 million claim is that the grounding incident damaged both the canal’s income and its reputation; money it wants the Ever Given’s owners and operators to repay.

The UK P&I, the insurance company representing the Ever Given’s owners, said in a statement the SCA had not provided sufficient justification for its “extraordinarily large” claim.

“We are also disappointed at comments by the SCA that the ship will be held in Egypt until compensation is paid, and that her crew will be unable to leave the vessel during this time,” the company added.

The view that the Egyptian claim is wildly inflated is echoed across the marine insurance world, Lloyd’s List reported.

“Behind the scenes, the feeling is very much that the sum sought is not just silly, but simply outrageous,” the marine publication wrote in an opinion editorial.

In the meantime, most of the crew are stuck with little hope of a swift resolution.