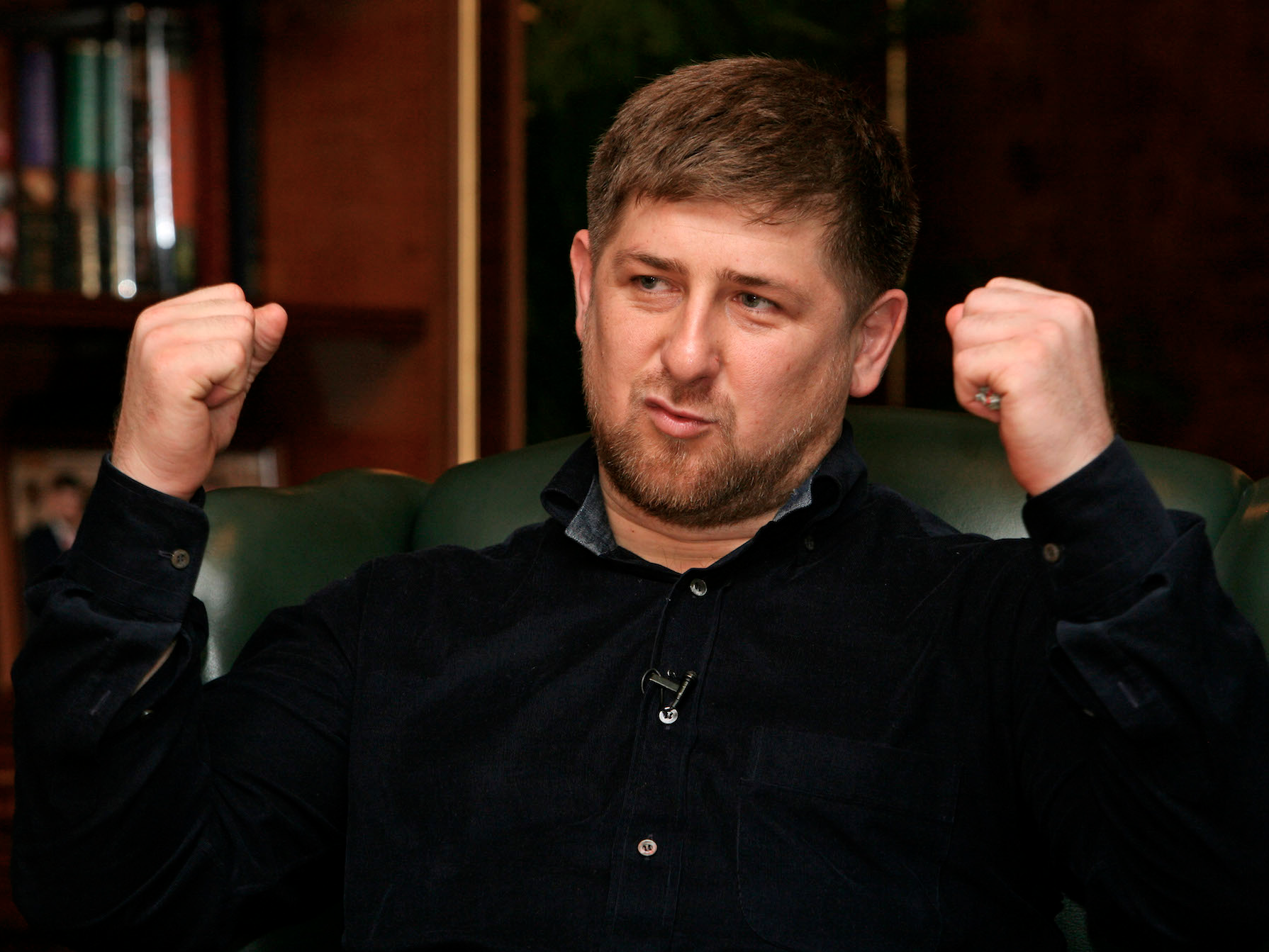 Mixed martial arts clubs are a hotbed for potential extremists, French police and investigators across Europe told Insider, adding that there’s increasing evidence that such clubs are being used by the Chechen government and radical Islamist groups for their operations.

Their warnings follow the news that the teenager who killed a French schoolteacher earlier this month had belonged to a predominantly-Chechen MMA club in the outskirts of Paris.

Abdoulakh Anzorov, a 18-year-old Chechen refugee , beheaded 47-year-old Samuel Paty with a kitchen knife on October 16. Anzorov was shot dead by the French police shortly after.

Paty had recently showed his class inflammatory cartoons depicting the Prophet Muhammad as part of a presentation on freedom of speech. Muslims believe the visual depiction of the Prophet is blasphemous. 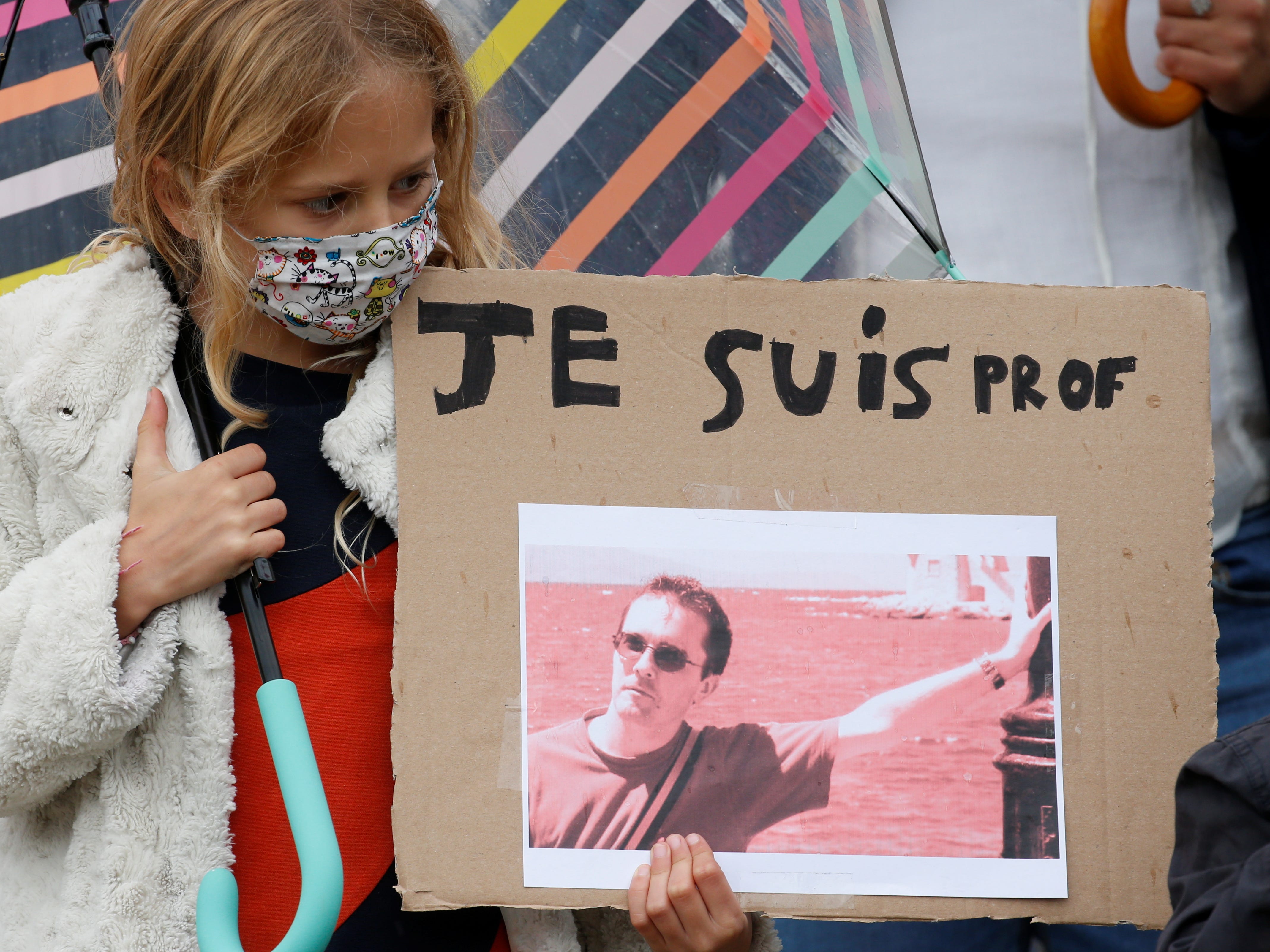 REUTERS/Pascal RossignoA girl holds a banner with a picture of Samuel Paty during a tribute to him in Lille, France, on October 18, 2020.

News outlets including The New York Times had previously reported that Anzorov had been part of an MMA sports club.

A French police investigator, who is assigned to a counterterrorism task force in the Paris suburbs, confirmed the connection to Insider, adding that officials are now investigating the club to determine what links Anzorov might have had to outside groups that may have played a role in his attack on Paty.

“These clubs have played significant roles in terrorism, organised crime, and ethnic violence, and the level of popularity they have in the Chechen, or even Russian Muslim, community is extraordinary,” the investigator said.

The investigator asked not to be named because they work undercover, but their identity is known to Insider.

“We first saw connections with [ISIS] across Europe, where there were many clubs for the Chechen and Daghistani diaspora community, here in Paris, Marseilles, Lyon, and other places, the Germans also have this problem in Berlin, Frankfurt, Hamburg,” the source said.

“Anywhere you have a large diaspora from the Caucuses, you have these clubs.”

Two other EU police officials, who declined to comment directly on the case, confirmed to Insider that MMA clubs frequented by the Chechen diaspora were a concern to them.

The investigator said that some of those expats went on to join ISIS or other jihadist groups in Syria. The source said that the expats often organised around family and clan, but also through various martial-arts clubs.

“[From] 2013 to about 2015 many of the guys â€” not just Chechens â€” who went to join ISIS formed groups around fighting clubs,” they said. “But the Chechens really love fighting and MMA, it’s a cultural thing for them, and we would see some clubs around Europe that were clearing out sending guys to Syria.”

“But others didn’t go, and now we realise these are the clubs filled with [Chechen President Ramzan] Kadyrov’s guys â€” they’re loyal to him and to [Russian President Vladimir] Putin.”

The link between MMA and similar martial-arts clubs, and expat communities from Chechnya and its neighbour Dagestan, cannot be overstated.

Kadyrov has made MMA a focal point of his political base and youth activities, having sponsored clubs, tournaments, and even displays of his own apparent prowess in the ring.

“Fighting is about the most important thing in Chechen culture, honour is the biggest but you can’t have honour if you can’t fight,” said Islam, a Chechen former anti-government fighter living in Istanbul. Islam asked not to be named due to the politically sensitive nature of the matter, but their identity is known to Insider.

“So in other countries the kid wants to grow up to play football or something, they want to be [footballers Lionel] Messi or Mohammed Saleh,” Islam said. “Not a boy from the Caucuses, if they don’t want to fight the Russians with a gun, they want to be Khabib Nurmagomedov.”

Nurmagomedov, who is Dagestan, recently retired as perhaps the best MMA fighter in the sport’s short history.

Both the French investigator and other domestic intelligence officials stressed that a lack of cultural awareness on the part of law enforcement muddles much of the intelligence picture that can be gleaned from watching the clubs.

“It’s tough because you don’t want to monitor these ordinary people who live in France, are in some cases now French, and want to exercise,” said the investigator.

“But also look at this: It’s a community still in a violent civil war, a community that had hundreds of members join ISIS, one that sees political murders here in France, Germany, and attacks in other places, and many of these incidents link to clubs that train military-aged young men in fighting.” 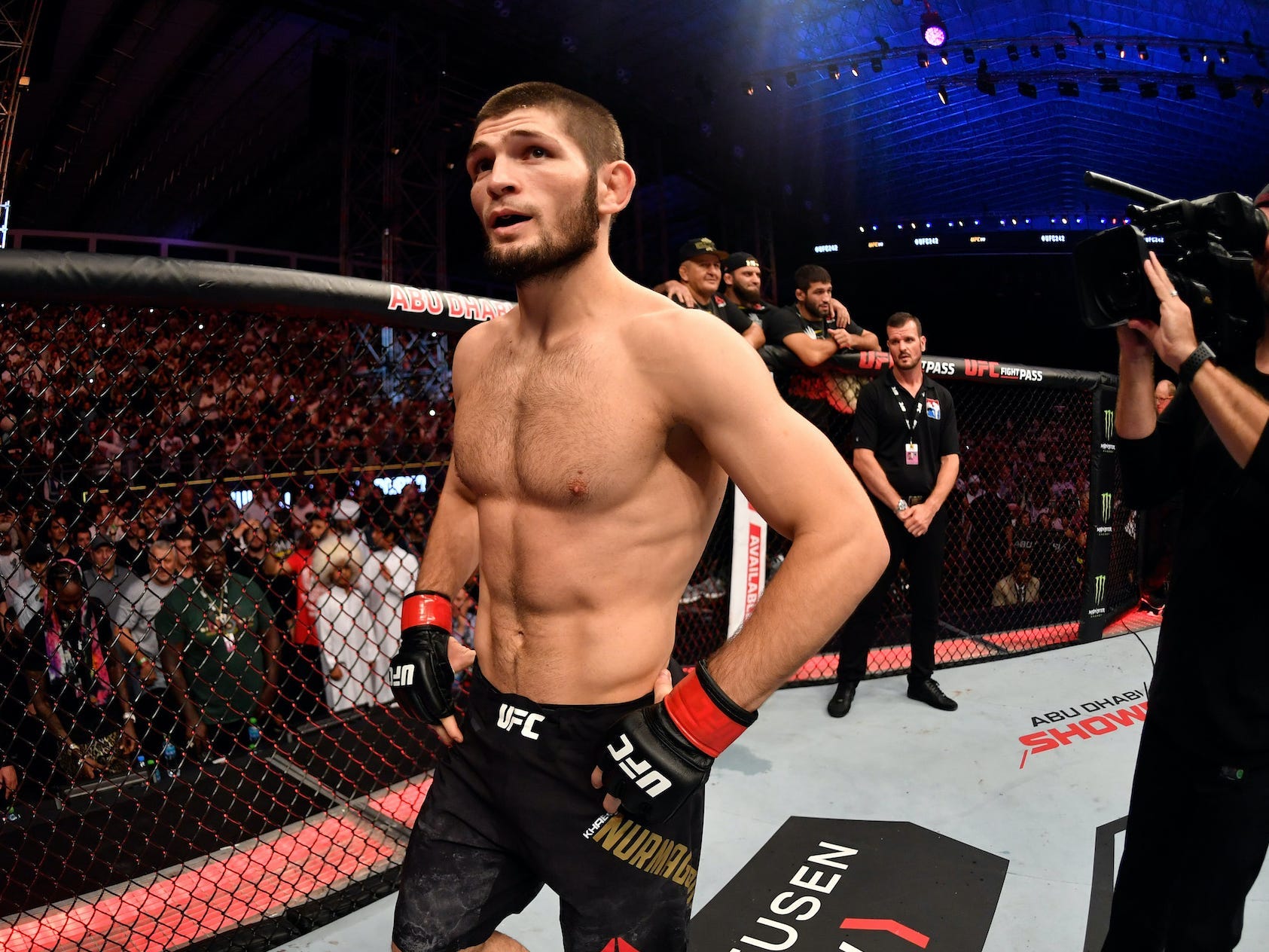 They pointed to the role of Chechen MMA clubs in the widespread fighting and disturbances between a group of Chechens and members of the Algerian diaspora in the city of Dijon last June.

“Investigators found that much of the fighting on the Chechen side revolved around members of these clubs in the area,” the official said.

The Chechen response to Paty’s killing

The perception of these clubs as catalysts for problems also wasn’t helped by Chechnya’s official response to the news that Paty had been murdered by a Chechen refugee.

Kadyrov condemned the murder, but accused France of provoking attacks by showing the cartoons and for trying to pin blame on Chechens.

“This is not the first time that people in France are trying to blame Chechens of all their problems. I dare to assure everyone â€” Chechens have nothing to do with it,” Kadyrov wrote on his Telegram channel on October 18, according to the news site Caucasian Knot.

“Moreover, A. Anzorov spent almost his entire life in France, having moved there as a child with his parents; he grew up next to Frenchmen, communicated, spoke and wrote in their language,” Kadyrov wrote.

However, two Chechen MMA fighters stoked tensions by publicly embracing Anzorov’s murder of Paty, calling him a “hero” and accusing France of provocation.

Paty was the latest victim of a 15-year controversy over the depiction of the Prophet Muhammad that has repeatedly led to violence.

In 2005, a Danish magazine printed several offensive cartoons depicting the Prophet, which ultimately led to demonstrations around the world and an attack on the Danish consulate in Beirut, Lebanon.

And in 2015, after the French satirical magazine Charlie Hebdo published a series of inflammatory cartoons depicting the Prophet, two gunmen linked to al-Qaeda stormed the magazine’s offices and killed 12 people.