The situation in Europe is deteriorating today, with yields on fringe eurozone debt spiking and the price of CDS rising.Fitch just announced that a Greek debt restructuring would be considered a default, while simultaneously downgrading the country’s debt. French Finance Minister Christiane Lagarde has said Greece is in danger of default, and needs to do more before it gets more bailout funds, according to Bloomberg. Lagarde, and France, were previously believed to be willing to give Greece more aid now.

Ireland‘s ability to sell its sovereign debt is “elusive” and the country needs a new plan to deal with its crisis, according to the IMF. IMF officials are calling on the EU to adopt a more aggressive approach over dealing with the country’s banking sector, including more ECB financing.

The comments have sent Irish CDS prices up 13 bps to 640, according to Bloomberg.

Last night, a report emerged suggesting Spain would soon reveal debts the current government has been hiding. The country is also experiencing political pressure from a protest movement aiming to change the country’s leadership.

The result of all this has been a continued spike in fringe eurozone debt yields, as well as an increase in the cost of insuring the region’s sovereign debt.

Further, in Germany, the Bundesbank just revealed that they expect the economy to grow at a lower rate in the future. That’s likely part of the reason yield’s on the German bund are falling, though bond investors may not need the encouragement with what’s going wrong on the fringe.

Don’t miss: The 12 stocks that will get hammered when Europe is forced to restructure >

The FDA plans to allow people to ‘mix-and-match’ their COVID-19 booster...

Mexico’s powerful Jalisco cartel is flexing its muscles at opposite ends... 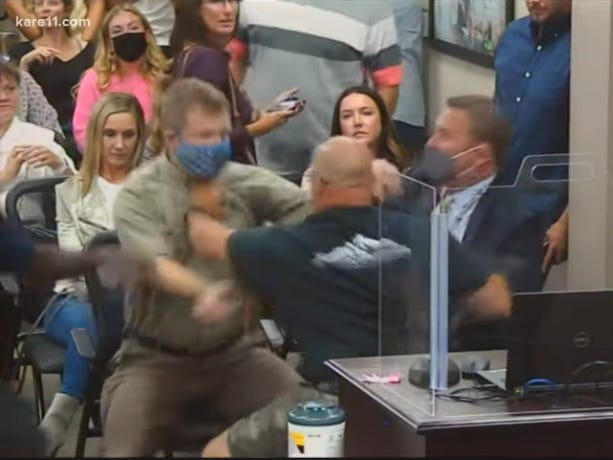