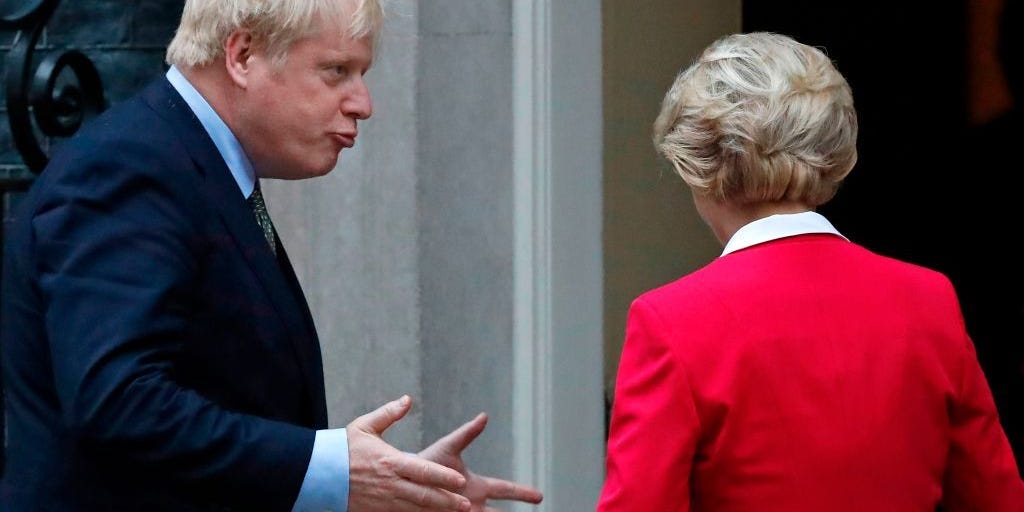 The European Union on Thursday told UK Prime Minister Boris Johnson’s government to scrap its plan to rewrite the Brexit withdrawal deal or face legal action as negotiations between the two sides move close to collapse.

The move caused consternation in the UK and in Brussels, with members of the UK Parliament â€” including several in Johnson’s own Conservative Party â€” accusing him of seeking to break international law. Brandon Lewis, the UK secretary of state for Northern Ireland, admitted on Tuesday that the UK’s plan to unilaterally implement its own rules for trade across the Irish Sea would be a “very specific and limited” breach of international law.

After a meeting between the UK minister Michael Gove and his European counterparts on Thursday, the European Commission published a strongly worded statement describing the plan as “an extremely serious violation” of both the Brexit Withdrawal Agreement and international law.

A European Commission vice president, Maros Sefcovic, said the UK’s plan had “seriously damaged trust between the EU and the UK” and called on Johnson’s government to bin it before the end of the month.

The EU would not be afraid to take legal action against the UK if it did not comply, Sefcovic said.

The statement said Sefcovic “reminded the UK government that the Withdrawal Agreement contains a number of mechanisms and legal remedies to address violations of the legal obligations contained in the text â€” which the European Union will not be shy in using.”

The row revolves around the UK government’s plan to disapply parts of the protocol agreed for Northern Ireland, which states that the province will continue to follow the bloc’s trading rules in order to avoid a controversial hard border between Northern Ireland and the Republic of Ireland.

This new arrangement creates the need for checks on goods going across the Irish Sea between Great Britain and Northern Ireland.

But Johnson’s government triggered outrage this week when it announced plans to decide itself what rules should be applied as of next year. In legislation called the Internal Markets Bill published on Wednesday, the government said it would give itself the power to waive declarations on goods going from Northern Ireland to Great Britain and refuse to apply EU state-aid rules in the Withdrawal Agreement.

Jonathan Jones, the head of the UK government’s legal department, quit in protest of the plan.

The UK government has argued that while the plan would breach international law, it is necessary to protect the Northern Ireland peace process, also known as the Good Friday Agreement.

However, the European Commission said on Thursday: “The EU does not accept the argument that the aim of the draft Bill is to protect the Good Friday (Belfast) Agreement. In fact, it is of the view that it does the opposite.”

The UK government’s plan has also caused concern in the US. Top Democrats like House Speaker Nancy Pelosi and Rep. Richard Neal, the chairman of the House Ways and Means Committee, both said Congress would not approve a post-Brexit free-trade deal with the UK if Johnson did not uphold the Withdrawal Agreement.