The EU proposed a vaccine passport for its 27 nations. The idea is gathering pace around the world. 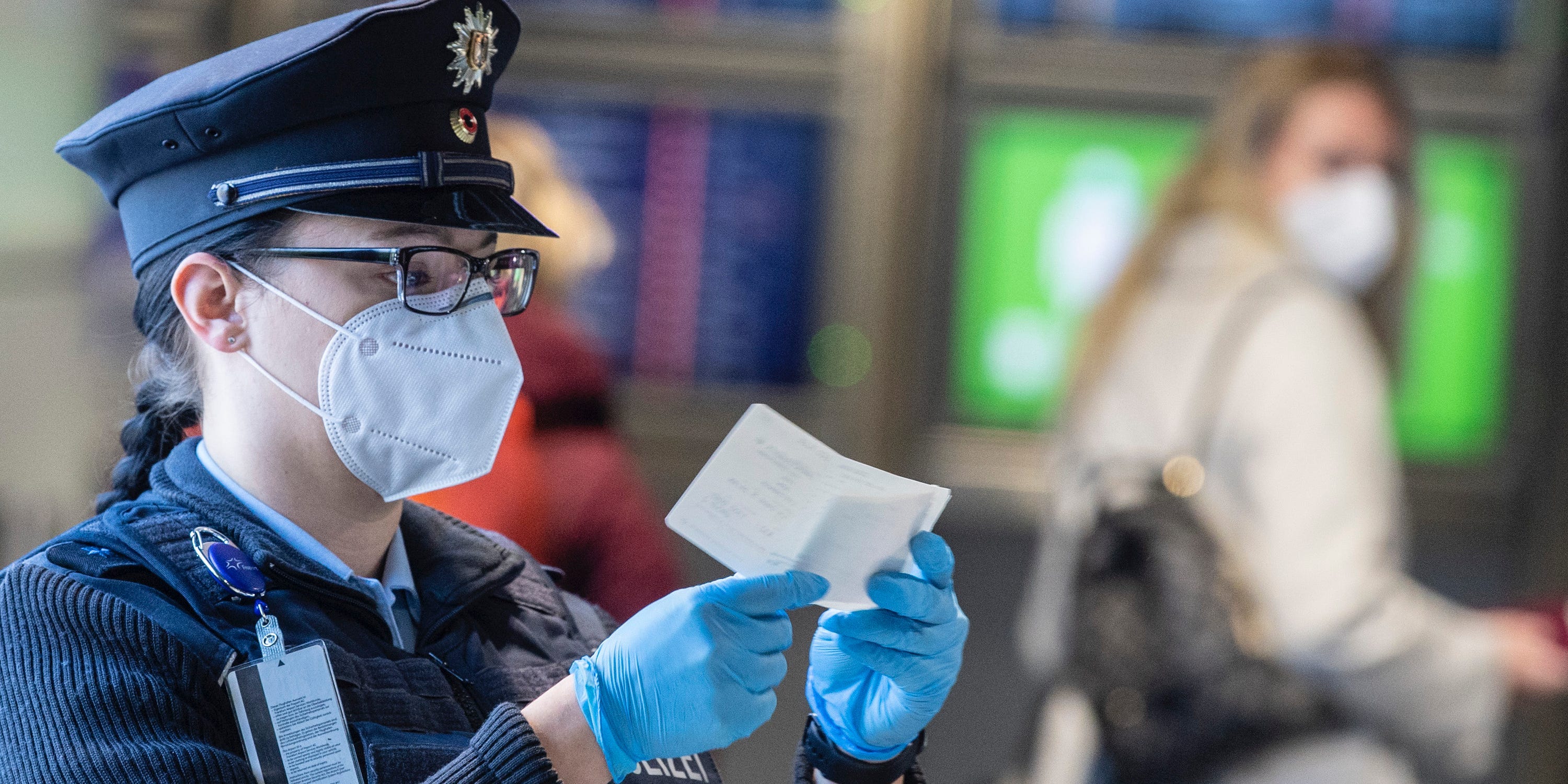 Boris Roessler/picture alliance via Getty ImagesA federal police officer checks a document of a passenger of a passenger plane landing from Prague at Frankfurt Airport.

A certificate could allow vaccinated EU citizens to travel more easily in Europe by summer, according to a proposal from the European Commission released on Wednesday.

The “Digital Green Certificate” would vouch for vaccination, COVID-19 test results, and whether the carrier has recovered from COVID-19.

“With this certificate, we aim to help member states reinstate freedom of movement in a safe, responsible, and trusted manner,” European Commission Ursula von der Leyen said at a press conference on Wednesday.

It is the 27-nation bloc’s version of an idea for vaccine passports, which many countries are mulling as a potential exit strategy from the coronavirus pandemic.

To go forward, European Commission’s proposal would need to be approved by European Parliament and its 27 member states.

The certificate would be valid across the 27 EU members, and could also include Norway, Iceland, and Switzerland, European officials said.

“We all want the tourist season to start. We can’t afford to lose another season,” Vera Jourova, a senior European official, told The Telegraph.

The priority with this certificate is to enable travel within Europe, officials said. People who have not been vaccinated would still be able to travel, following the more stringent measures in place, such as limiting non-essential travel.

But it would also give member states the opportunity to adjust the existing public health measures, the Commission’s website says.

It is not clear whether this means that this vaccine certificated could be used to allow access to people within a country, such as for access to gyms, theaters, and hotels, as it is already the case in Israel.

Asked about this at a press conference on Wednesday, European Commissioner for Justice Didier Reynders, said that this should be examined on a case-by-case basis.

But he said the vaccine certificates should be seen as public health tool like any other, such as COVID-19 testing and masks.

Travel to the UK was not mentioned in the proposal.

The UK is also reviewing how vaccine passports could be used for international travel and within the country, Reuters reported on Wednesday.

Other countries have made headway in that arena. The Ada Lovelace Institute, a London-based NGO, is tracking vaccine passport proposals around the world, and has listed more than 30 countries either using or considering them.

For example, China launched a travel health certificate on March 8, the UAE is issuing “COVID-19 Immunity Passports”, and the Philippines has proposed to provide a vaccine passport to all Filipinos.

Some individual companies also decided to take matters into their own hands.

British Airways and Ryanair have started allowing passengers to register their vaccination status and COVID test results with their other personal information.