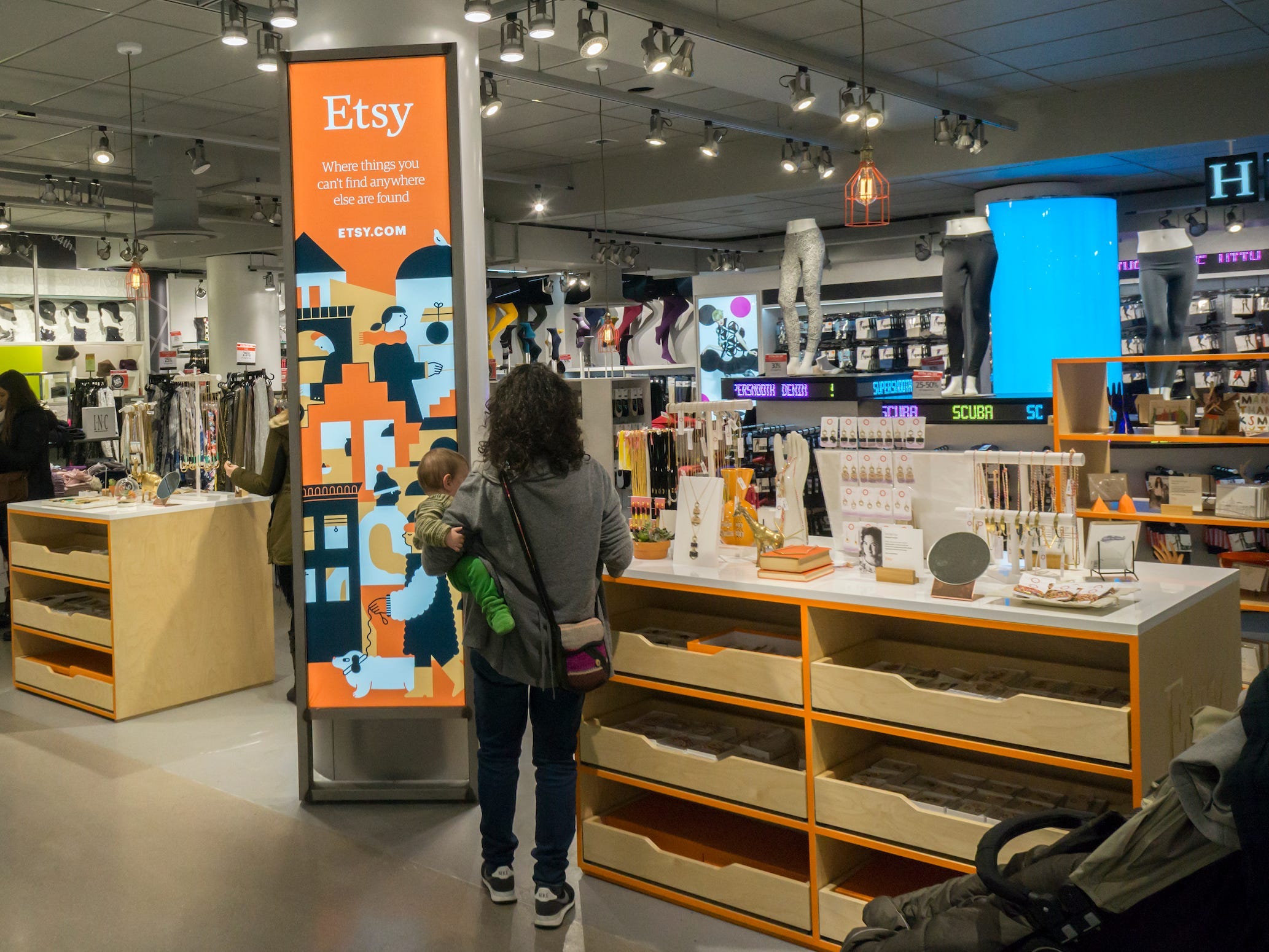 As the holiday shopping season kicks into gear, Etsy is expecting to have some key advantages over bigger retailers: smaller quantities, no factories, and no fulfillment centres.

During Etsy’s third-quarter earnings call on Wednesday, CEO Josh Silverman described the advantages Etsy is expecting this year in an otherwise crowded ecommerce marketplace. Despite the coronavirus pandemic, the company has already experienced massive growth in 2020, with revenue more than doubling since the third quarter of 2019 to $US451.5 million.

Now, as we head into the holiday season, Etsy is anticipating its business model of a marketplace made up of individual sellers to help it become a shopping destination and avoid the logistics nightmare other major retailers are facing.

The pandemic has forced more shopping to take place online than ever before, and it’s leading to third-party impacts on the retail industry, particularly when it comes to shipping. Ahead of Amazon’s Prime Day shopping event earlier this month, for example, Moody’s estimated that the company’s fourth-quarter shipping costs could reach nearly $US20 billion as it attempted to keep up with both Prime Day demand and a longer holiday shopping season.

And while companies like Amazon may be willing to increase their shipping spending, there may not be enough shipping capacity to do so. According to a recent Wall Street Journal report, major shipping companies like FedEx and UPS have been advising retailers that they are nearly or entirely out of capacity in advance of the holidays, while smaller firms like DHL and LaserShip are already booked until 2021. The United States Postal Service is stretched thin on multiple fronts as it accepts a high volume of mail-in ballots.

The result could mean widespread shipping delays, which industry experts are already referring to as “shipageddon.”

On top of shipping challenges, retailers may order a lower volume of inventory to avoid extra products on the shelves when the holidays are over, resulting in fewer deals for shoppers.

But Silverman said Etsy is “leaning in” to the ecommerce boon ahead of the holidays.

“A lot of ecommerce sites are nervous about Cyber Week, because their ability to fulfil large quantities in a short amount of time is constrained,” Silverman said. “Our sellers are businesses, largely of one, working from their home and they are not as constrained in terms of having a supply chain dependent on a few factories, or having everything shipped through one or two fulfillment centres.”

Silverman said Etsy’s sellers can “meet the buyers where they are” during times when “other people are meeting constraints.”

Etsy Chief Financial Officer Rachel Glaser said on the call that Etsy expects this holiday shopping season will put major retailers in the same boat as Etsy, which was already known for having longer shipping times â€” most Etsy sellers use the lowest-cost flat-rate shipping, and Etsy items are often customised or personalised, or made-to-order.

Glaser said that Etsy customers are “conditioned to order early” and that its shopping season typically ends earlier than traditional retailers because last-minute gift buying is more difficult on the platform.

“In this case, if the shipping speed is lower for all, it sort of levels the playing field for all,” Glaser said. “I think that across the board in ecommerce, we’re all going to have the same sort of, ‘Order by December 15, order by December 18 if you want to get it in time for holiday.’ Not just Etsy in this case.”