I live in rural Northern California, where the weather is hotter, drier, and windier than usual. The power company has decided that shutting off the power whenever it wants is the best way to avoid fires, and maybe getting sued again. And so I must add “rational fear that the place I call home might, at one point in the not too distant future, become uninhabitable” to my usual concerns about a world overrun by fascists and general climate change dread and grief for those communities already wiped out by it.

This is my current despair, albeit within a life furnished with food, shelter, and some income. I am sure you have your own despair, and I know that many people have more reasons to feel despair than I do. I am also sure almost no one would disagree with the notion that many of us, lucky or not, have to swallow a lot of dread just to get through a typical day.

And yet, on balance, and against all reason, I don’t feel that bad about 65 per cent of the time, which is, let’s face it, impressive, and, I think, gives me licence to bullet point a few ways I avoid despair, given that despair will not be leaving your mind anytime soon. Be assured that not one of them is “celery juice.”

One of the problems with despair is that it’s entirely reasonable. I’ve done it and I still do it, sometimes: just lie there thinking, “If I don’t move, things can’t get any worse.” But of course the world goes on doing its worst, and its best, whether or not I join it. So, mostly, since joining makes me feel better, I try to figure out how to get out of bed and – while this first piece of advice may just sound like housekeeping – I exercise every day.

It can be miserable, from the whole “standing up” part of the enterprise though the vigorous movement, right up to the part where I have to shower and dress. But then it’s done, and voila, increased circulation has fooled me into thinking I feel good. I know that it’s just a trick, that exercise is only a penis pump and I am only a penis, but it works and is the thing that makes everything else possible.

Once I’m out of bed and I’ve exercised, I have to do something. I don’t want to just waste a shower. One thing I might do is something nice for somebody else. For example, my friend Erika is a single mum, and I take care of her kid a lot. Do I like doing it? I do not. I would rather watch paint dry than watch a kid. I take care of Erika’s kid to thank her for always being in a good mood, and laughing at my jokes, and being less freaked out about the world than I am. If I make Erika happy, I can maybe go a whole three hours without thinking about fires, ocean acidification, and sea level rise.

If I feel like I have done quite enough for others lately but I still need convincing that it’s good to be here on planet Earth, sort of, I walk my dog, again. I like to look at its tiny fat body pushing its way through space. I got another dog just because watching two animals at once made me feel even slightly happier, something about the symmetry, who knows, who cares, hello, endorphins, welcome, I am sure you will not have trouble finding a seat.

I will often try to accomplish one thing, because it helps my brain settle down, and because it helps me get out of that loop of “why do this, it doesn’t matter anyway.” Once it’s done, it no longer matters whether it matters.

Please realise that I do not think “my fine mood” is the most important thing in the world, or important at all. I am not talking about making the world a better place by babysitting and dog admiration and accomplishing things. I am merely saying when all I want to do is sit around trying to will the conscious hours of my life to go somewhere else, please, this is what I try to do instead. If someone’s idea of “getting something done” is staring at a pond, even a fake one in a subdivision, or hate watching “Julie and Julia,” that is at least as useful as my transcribing a lecture or writing an essay.

One of the worst things about despair is the boredom, the way that you already know what sort of awfulness is around the corner without even having to look. This is why – though one hardly wishes to heap any praise upon this epoch – I have been pleased to discover that it is one of surprises. I have learned a lot about science and read intensely difficult books about politics. I never liked either of those things at all. I was content to leave them to others, while reading and re-reading books or watching television shows about British people being jerks to each other. But I got curious about why, exactly, the world was such a disaster, and now, I have bewildered – and at moments delighted – myself by finding out the reasons.

Despite what the library industrial complex tells us, reading is not the only avenue to the kind of self-surprise that gives you reasons to go on. You could learn how to make your own whisky and hand it out to your neighbours, or move to Washington like Jane Fonda, with the goal of getting arrested as much as possible. You could help stop traffic for the kids who are climate striking so the kids can concentrate on yelling, or go stand with workers at one of the many strikes taking place right now in many sectors of the economy, quite possibly near you.

Know that the other 35 per cent of me, the non-happy part, is still there. I get into ruts of misery all the time. For me – and I suspect it’s like this for others – I start out feeling terrible about something in my own life. This moves into feeling stupid for feeling bad, and then I feel bad about feeling bad, and then suddenly I am walking in circles in my living room, thinking about how the Arctic is so hot and I can’t do anything about it so I might as well just do nothing.

Lately, when this happens, I go to a coffee shop and I read a book. I sit there and I read my book among other people, and when it is over, I have observed them paying bills or reading or talking or eating cookies, and learned some interesting facts and ideas, some of which I agreed with and some of which I did not, and my brain seems to just be sitting in my skull instead of rubbing against it. I have some curiosity about what is going to happen next, and I might even feel like I have some power over the future. It doesn’t solve everything, but it allows me to get to the next day, when, with any luck, and maybe even some effort on my part, this sense of curiosity and power can connect with the curiosity and power in other people.

Sarah Miller has written for The Cut, the Outline, and Popula.

Do you have a terrific idea for an essay? Our essays editor wants to hear from you. 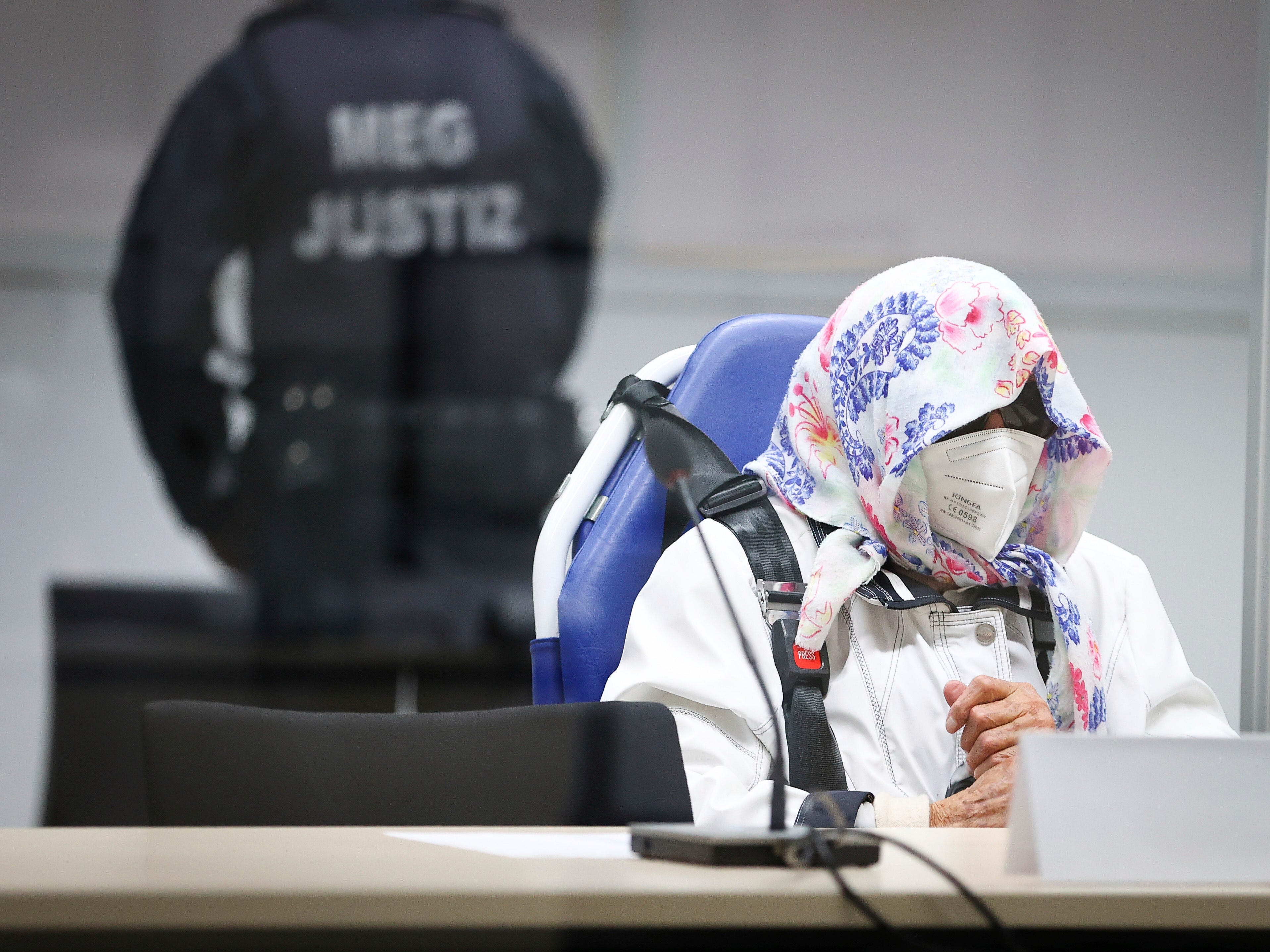 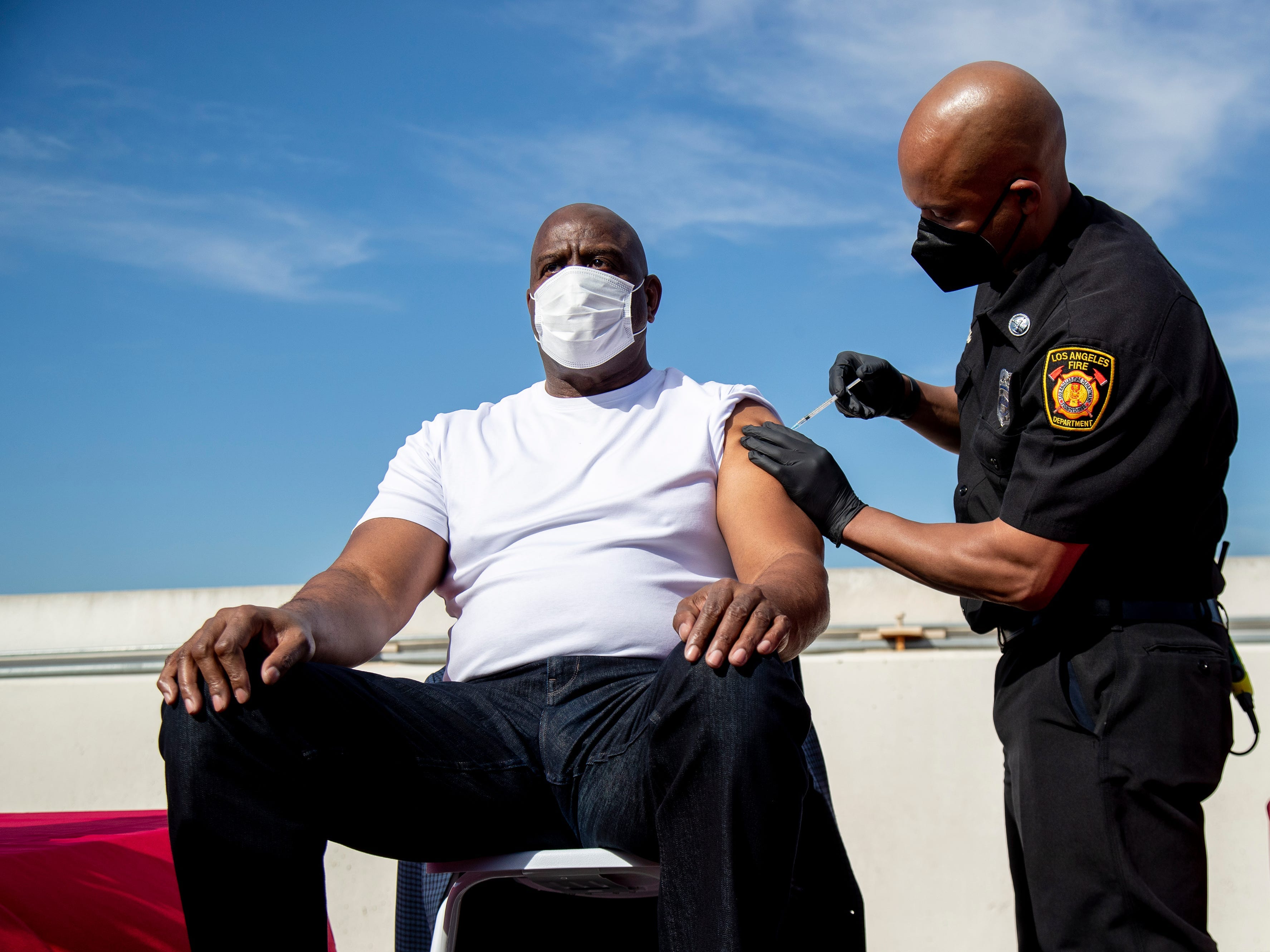 Magic Johnson has weighed in on unvaccinated players, saying he would...