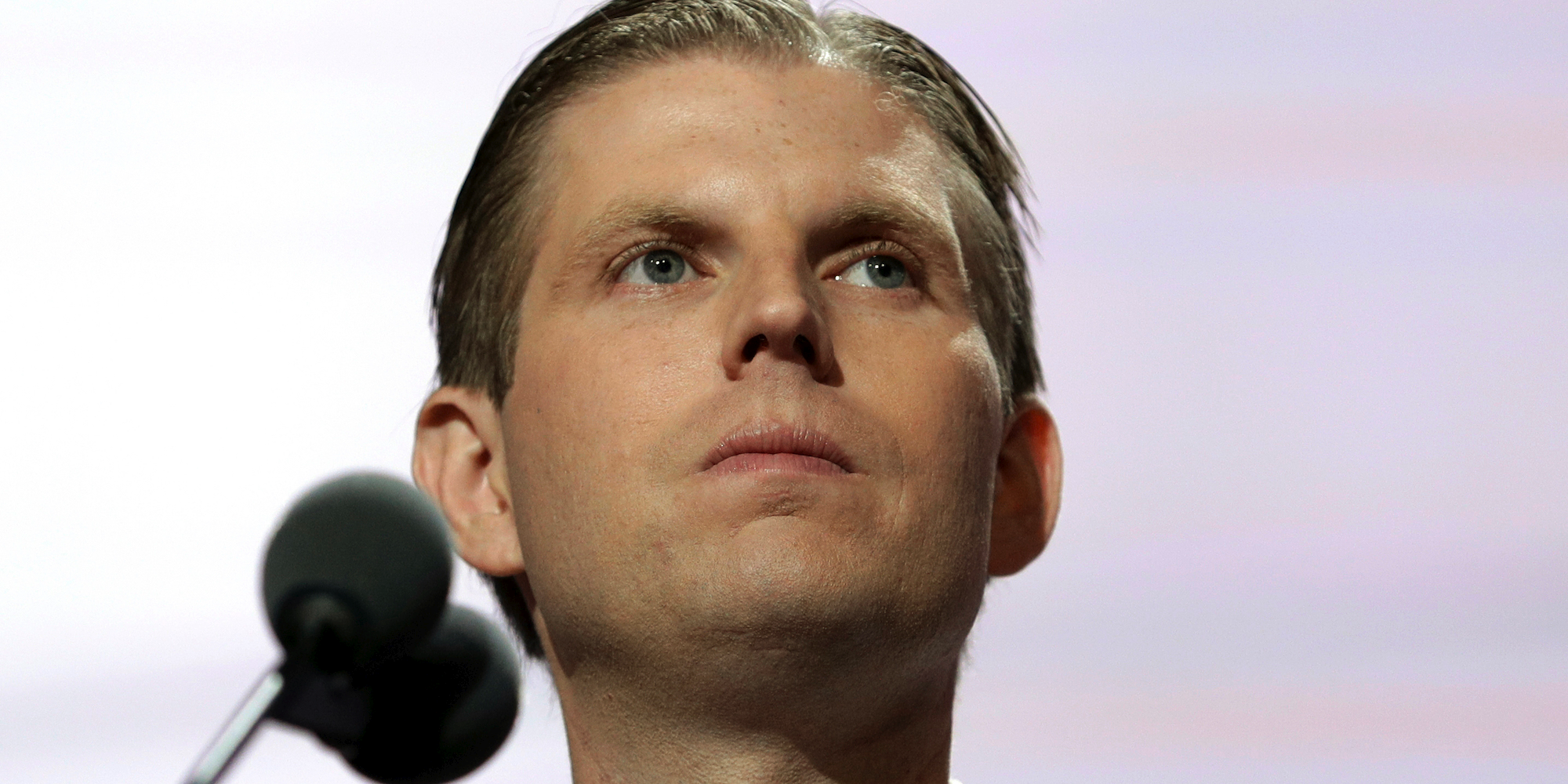 A controversial tweet from Eric Trump’s Twitter account disappeared after hundreds of people replied with criticism and photos that showed his father, President Donald Trump, socialising with the late financier Jeffrey Epstein.

On Thursday, Trump tweeted out a picture of former President Bill Clinton walking down a ceremonial aisle with his daughter, Chelsea, on her wedding day in 2010. Pictured among the wedding guests appeared to be Ghislaine Maxwell, the former associate of Epstein. 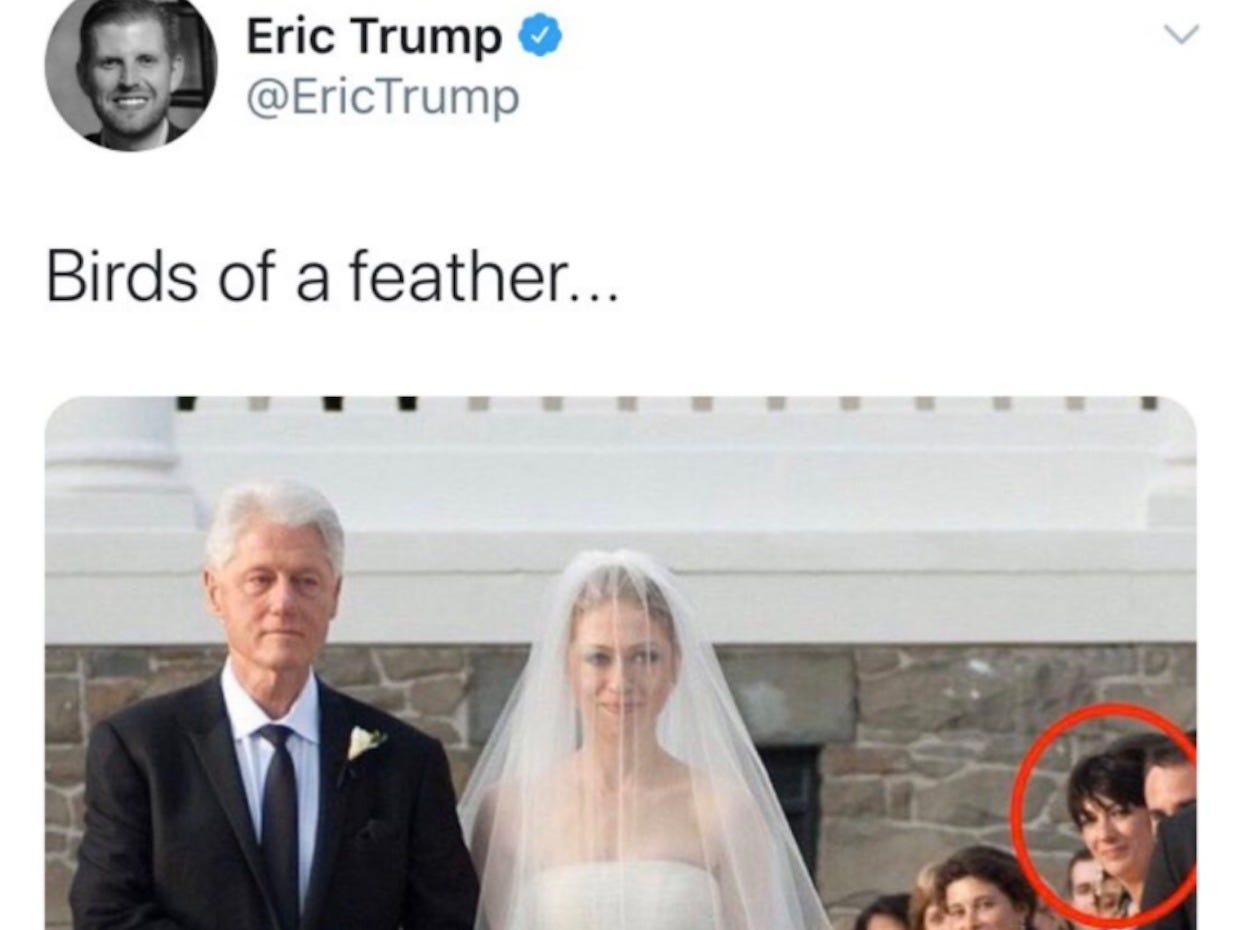 Trump wrote in the caption of the now-removed tweet: “Birds of a feather…”

Trump’s tweet came shortly after news of Maxwell’s arrest in New Hampshire on Thursday. The British socialite and longtime associate of Epstein was arrested by the FBI on sexual abuse of minors charges, as well as perjury.

Maxwell acted as Epstein’s madam, a grand jury indictment said; and she is accused of recruiting and abusing underage victims. Maxwell has denied the allegations against her.

Trump’s attempt to associate Clinton with Maxwell did not go unnoticed by others who have followed his father’s history.

People on social media reminded the Trump’s of their own connections with the heiress – which included their own private jet ride – and replied to the tweet with several pictures of the real-estate mogul with his wife and first lady, Melania.

Birds of a feather…

*One of dozens of photos of your father with Ghislaine Maxwell and Epstein. DOZENS across MANY YEARS. pic.twitter.com/qLsk85b8VA

Does the president's son not know that there are photos of Donald Trump with Maxwell?

Donald Trump and Epstein were members of New York’s socialite circles in the 1980s. In 2002, Trump said he knew the late financier for 15 years and described him as a “lot of fun” and “terrific guy.”

“It is even said that he likes beautiful women as much as I do, and many of them are on the younger side,” Trump said of Epstein in NY Mag. “No doubt about it – Jeffrey enjoys his social life.”

Epstein died by suicide in jail while awaiting sex trafficking charges in 2019.