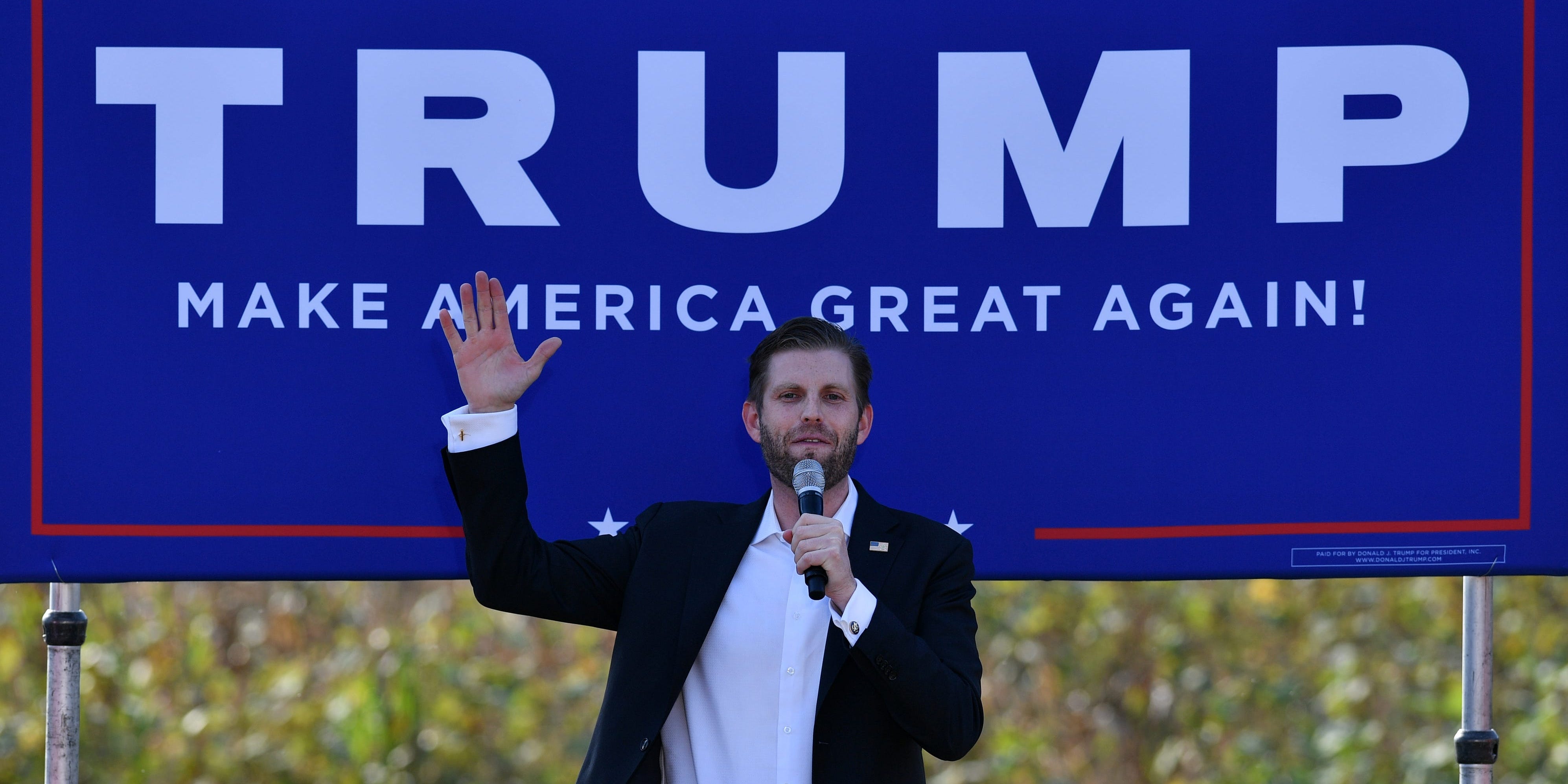 Eric Trump, the son of President Donald Trump, tweeted a picture of a sprawling property that he described as “Joe Biden’s house” while insinuating that the Democratic presidential nominee was corrupt.

But it turns out that Biden hasn’t owned the property in 24 years â€” having bought in 1974 at a bargain price and sold it in 1996,the fact-checking site Snopes found.

In the tweet, Trump, who is campaigning for his father’s reelection, shared the image of the home in Wilmington, Delaware, with a message: “The salary of a U.S. Senator is $US174,000 per year. This is Joe Biden’s house…. seems legit.”

The picture is an aerial shot of the five-bedroom, 10,000-square-foot former DuPont mansion in the Greenville area of Wilmington.

But Snopes pointed out that Biden hadn’t owned the property since 1996, when he sold it for $US1.2 million.

How the GOP learned to love QAnon

According to Town and Country, Biden had bought the property in 1974 when still a junior senator and shortly after the death of his first wife and infant daughter.

The property was abandoned at the time and needed significant renovations, and Biden paid $US185,000 for it, Snopes said.

Biden has always placed his modest background at the core of his political persona.

He has campaigned on a pledge to help ordinary Americans whose lives have been damaged by the economic collapse that he blames on Trump’s handling of the coronavirus.

Biden has always been interested in real estate, Town and Country said, and “began buying homes â€” especially those that were outside his budget â€” in his 20s, taking out multiple mortgages and receiving loans against life-insurance policies.”

Forbes estimated in August 2019 that Biden was worth about $US9 million, with much of the money earned through lucrative speaking gigs and other positions after serving as vice president. About $US4 million of his wealth was tied up in properties.

On Twitter, critics were quick to point out the multiple falsehoods in Trump’s tweet, highlighting that Biden hadn’t served in the Senate since 2008, when he became Barack Obama’s running mate.

“Lol, this isn’t Biden’s house and he hasn’t been a senator in 12 years?” tweeted Bill Russo, a Biden campaign spokesman.

The Trump campaign did not immediately respond to a request for comment on criticism of Trump’s tweet.

A Twitter representative said the site would not be taking any action over the tweet, which remained on Eric Trump’s feed at the time of publication, because it did not violate any of its policies.

In recent days the Trump campaign has seized a New York Post report purporting to show a “smoking-gun email” â€” the authenticity of which is unclear â€” linking Biden to his son Hunter’s business dealings in Ukraine.

Biden has described the article as a “smear campaign,” and US intelligence agencies are said to be investigating whether information was leaked as part of a Russian disinformation campaign.