Eric Trump posted a doctored image of Ice Cube and 50 Cent wearing Trump hats, and one of the rappers responded 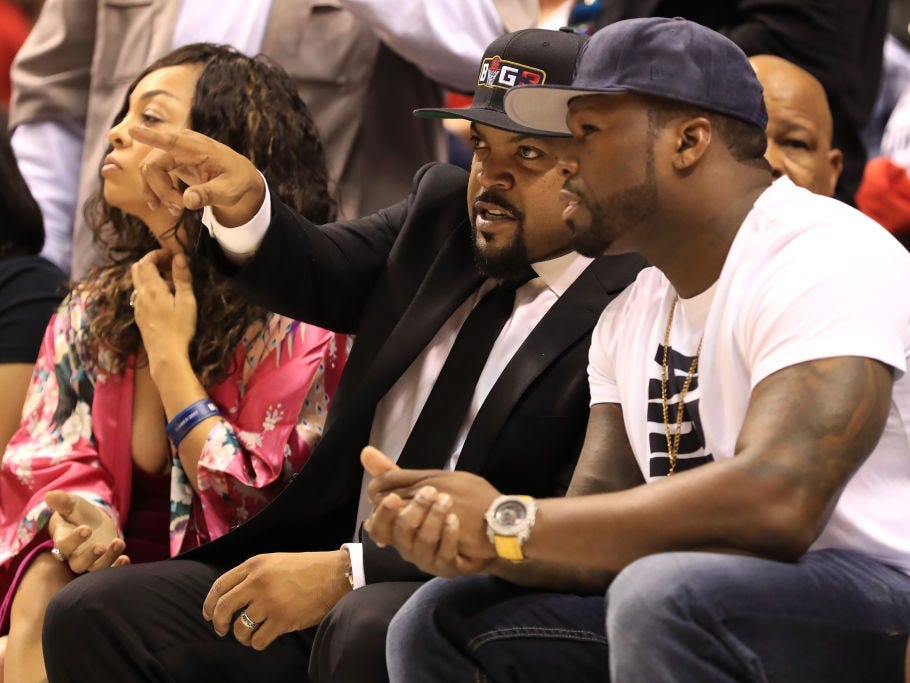 Eric Trump posted a doctored image that showed Ice Cube wearing a Trump hat, and now the rapper has responded.

Twitter flagged the tweet as “manipulated media” and a viral tweet from Buzzfeed’s Craig Silverman showed the doctored image juxtaposed with the original version, which Ice Cube tweeted in July for 50 Cent’s birthday. Neither was actually wearing a Trump hat.

The other day it was a false claim about Biden owning a home he sold many years ago. Today, Eric Trump shares an obviously photoshopped pic of two rappers in Trump hats. Things will continue to get dumber. pic.twitter.com/EfAW03henG

The original image was taken on August 26, 2017, at a Big3 basketball game in Las Vegas. Getty Images photos from that evening show the two men sitting together on the sidelines. Ice Cube, whose real name is O’Shea Jackson, wore a Big3 hat for the three-on-three basketball league he founded, while 50 Cent, aka Curtis Jackson, wore a New York Yankees hat.

A reverse image search of the doctored image yielded no results, and its origins are unclear.

The doctored image came just days after Ice Cube said he had not endorsed any candidate for the presidential election. “I haven’t endorsed anybody,” he said in an October 15 tweet.

50 Cent, however, did endorse President Trump on Monday.

Ice Cube has faced criticism for working with the Trump administration on the “Promise to Black America,” also dubbed the “Platinum Plan,” but hasn’t endorsed Trump as a candidate, saying in a tweet that all politicians are “the same.”

“They’re all the same until something changes for us. They all lie and they all cheat but we can’t afford not to negotiate with whoever is in power or our condition in this country will never change,” he said in a tweet on October 14. “Our justice is bipartisan.”