Eric Trump cancelled a visit to a gun shop in Michigan where one of the men accused of plotting to kidnap Gov. Gretchen Whitmer used to work 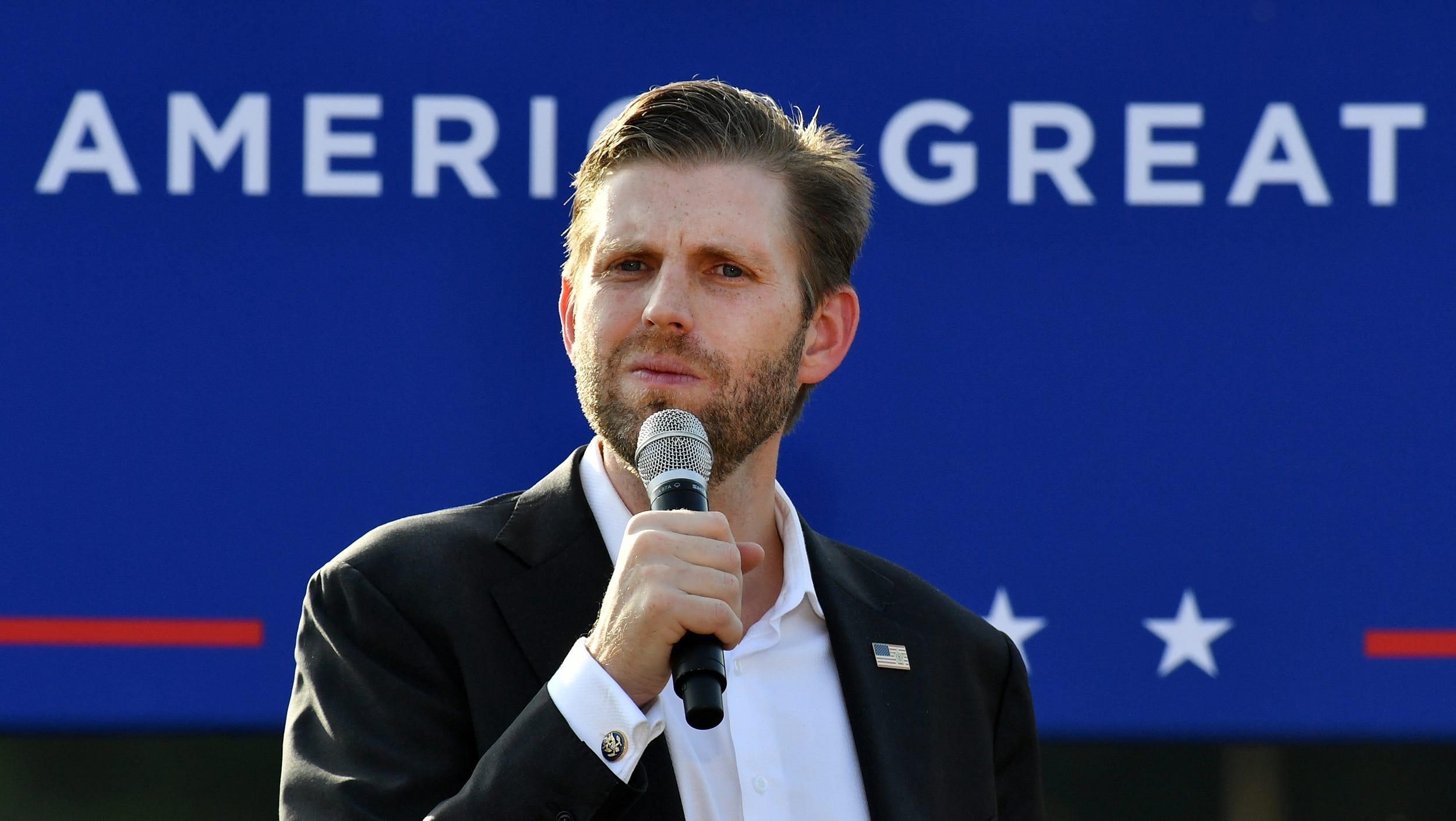 Eric Trump cancelled a visit to a Michigan gun shop after it was discovered that one of the 13 men accused of plotting to kidnap Gov. Gretchen Whitmer used to work there.

Huron Valley Guns wrote in a Facebook post that one of the suspects worked there for three weeks in February and was fired after showing up to work wearing “a LOT of tactical gear.”

“We found that a little odd,” the company wrote. “We weren’t comfortable with him for a few other reasons and fired him after 3 weeks. He ended up being one of the fringe characters arrested for the Governor Whitmer kidnapping.”

Ed Swadish, the owner of Huron Valley Guns, told The Detroit News that he couldn’t reveal the name of the employee on the advice of his lawyers but said the former employee worked on the gun range.

“If this were a factory, this would be the equivalent of a floor sweeper,” Swadish said of the person, according to The Detroit News.

Federal and state officials brought charges against 13 people on suspicion of plotting to kidnap Whitmer.

An FBI affidavit said the men reached out to members of an armed right-wing group in Michigan to carry out their plan.

“In early 2020, the FBI became aware through social media that a group of individuals were discussing the violent overthrow of certain government and law-enforcement components,” Richard Trask II, an FBI special agent, wrote in the sworn statement.

The gun shop said it was sad Trump changed venues but was glad the news came out early.

“The Governor would have had a field day against the Trump campaign,” the Facebook post said. “They would accuse the administration of sending his son to a facility where terrorists work and train. This could not be further from the truth, but imagine the left spin.”

The Trump Organisation did not respond to Business Insider’s request for comment at the time of publication.