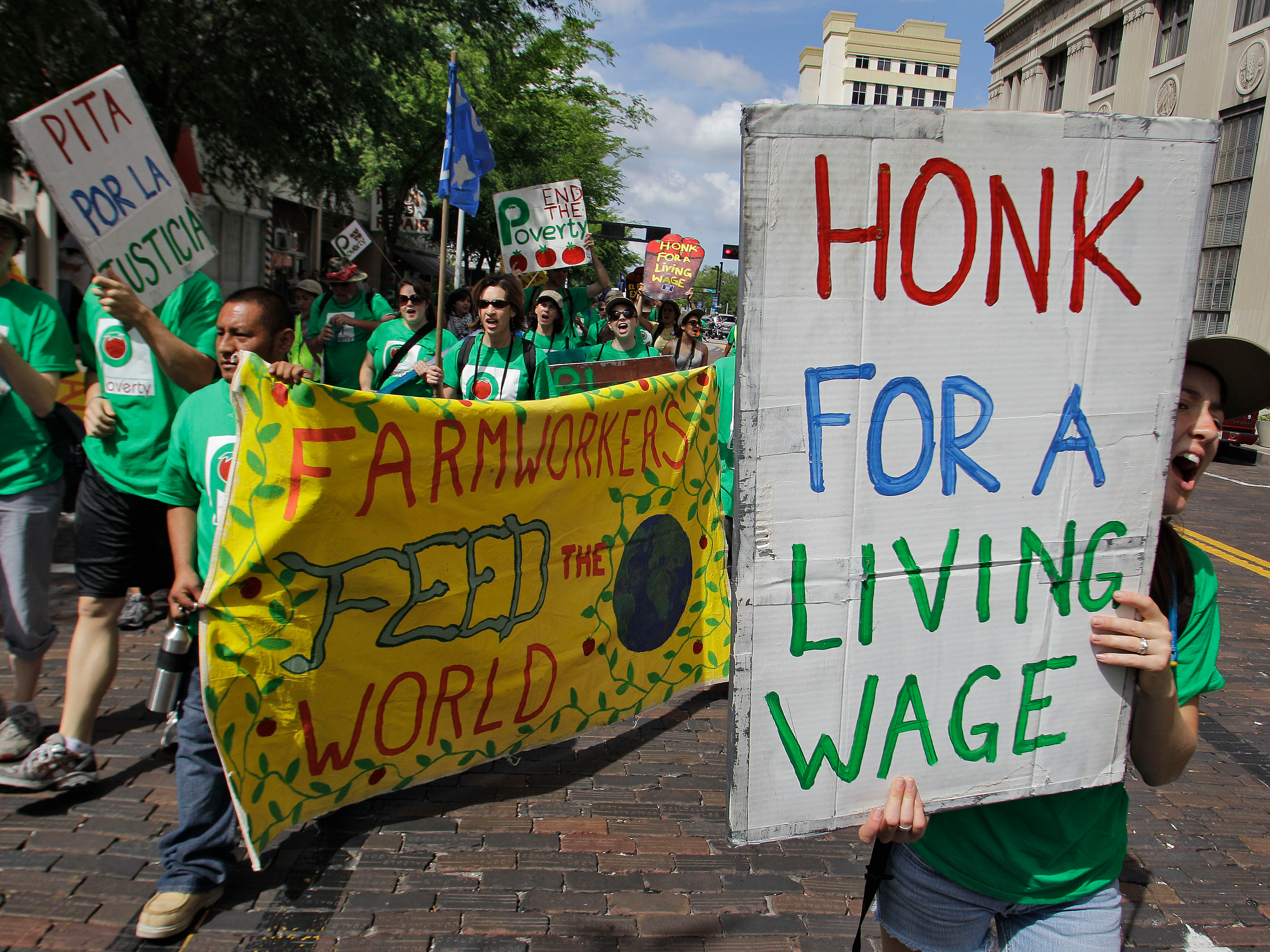 AP Photo/Chris O’MearaLatina workers earned 54% of what non-Hispanic white men made in 2018.

August 13 is “equal pay day” for Black women. That is the day that represents how long into the next year it will take a Black female worker to earn what a typical white male worker earned during 2019.

The gender pay gap between men and women in the US is still a big problem, and it affects some women more than others. March 31, 2020, was equal pay day for all US women, but the date for equal pay day by race varies within the year.

Equal pay day estimates are based on an analysis of wage data from the US Census Bureau’s Current Population Survey done by the American Association of University Women. According to that report, median annual wages for full-time, year-round employed Latina women were 54% of median wages for similarly situated non-Hispanic white men in 2018.

A little bit of arithmetic shows that this means it will take the median Latina worker about 672 days to earn what the median white male worker made in 365 days. So, a Latina woman starting on Jan. 1, 2019, will finally earn on Nov. 2, 2020, what a white man would have made over the course of 2019.

The gender wage gap varies widely across different racial and ethnic groups in the US, reflecting the interplay of ongoing gender and racial inequalities. According to the AAUW analysis, non-Hispanic white women’s median earnings were 79% of non-Hispanic white men’s earnings; Asian women made 90% of what white men made; and Black women earned just 62%.

Here’s when an “equal pay day” would fall for each of those groups in 2020, according to our calculations with results from the AAUW’s report: 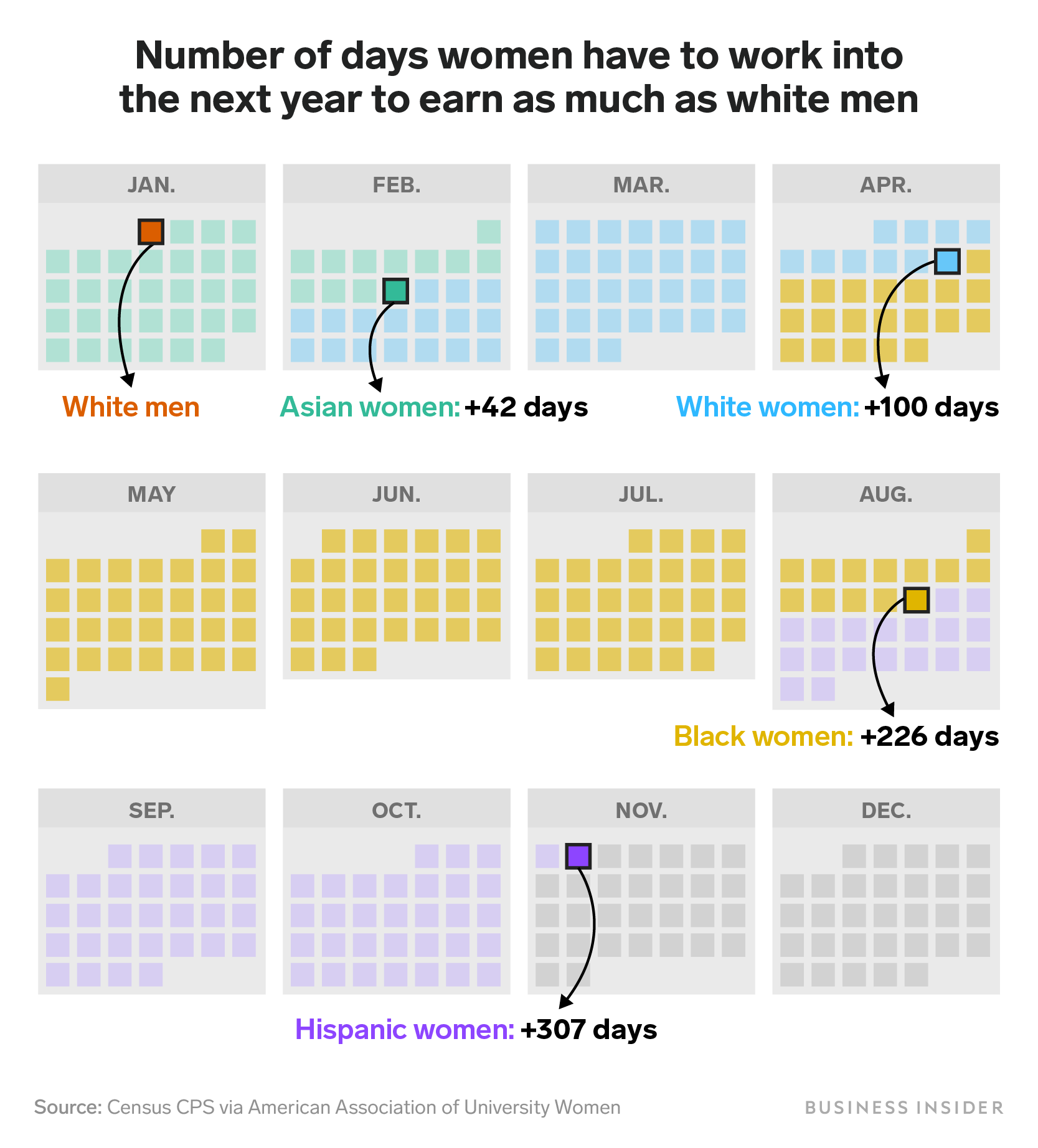