10 alarming examples of environmental racism in the US 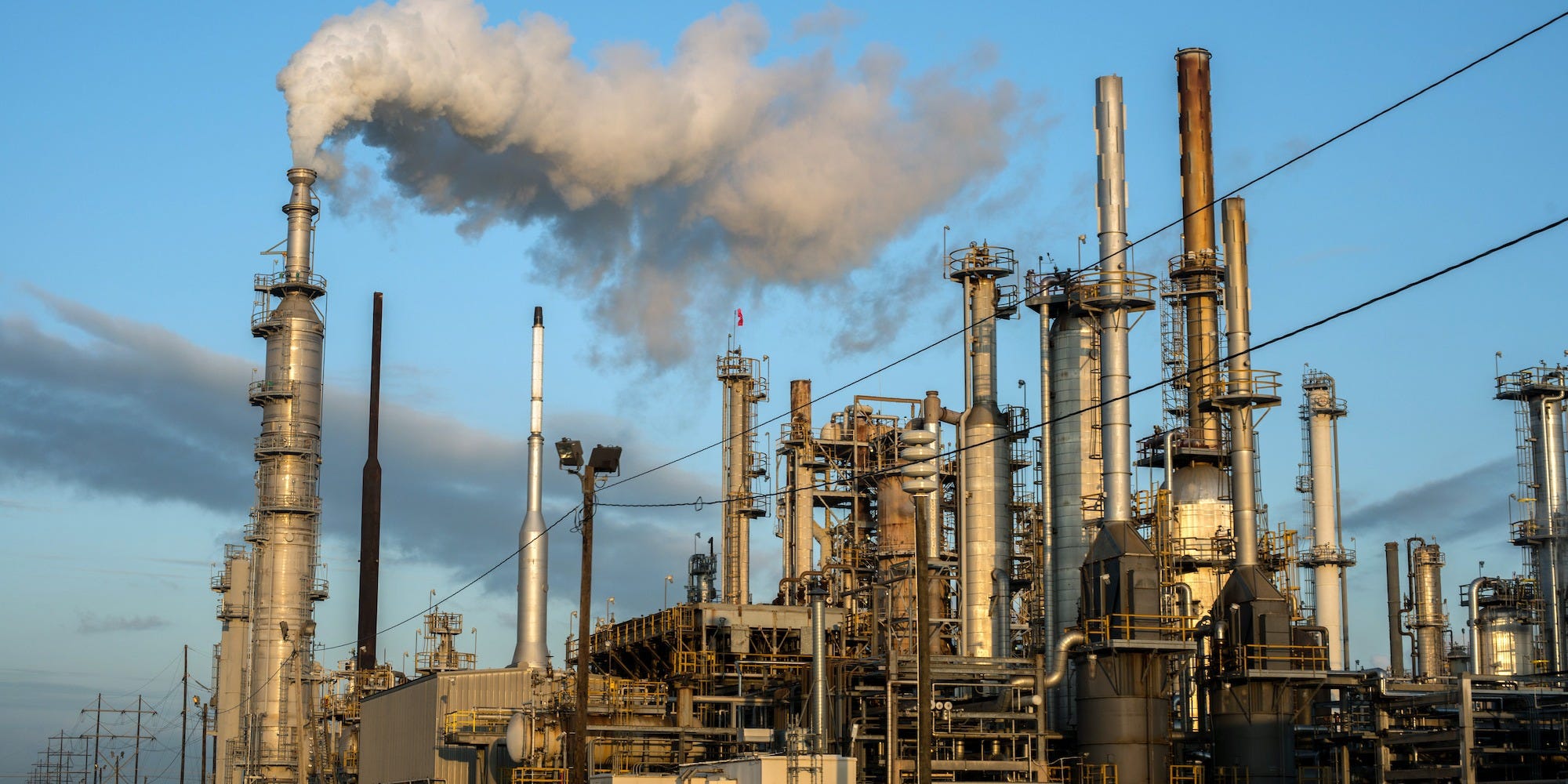 Giles Clarke/Getty ImagesSmoke billows from one of many chemical plants in the area October 12, 2013. ‘Cancer Alley’ is one of the most polluted areas of the United States and lies along the once pristine Mississippi River, effecting predominantly communities of colour.

The environmental justice movement began in the late 1960s, when people of colour began pushing back against a disproportionate level of exposure to hazardous waste, air pollutants, and chemicals.

Half a century later, the issue still persists across the country.

Studies have shown that non-Hispanic whites have the lowest exposure rates to air pollution, as opposed to Hispanic and Black Americans, and that over half of the people who live in close proximity to toxic waste facilities are people of colour.

A 2018 study conducted by the EPA showed that at the national, state, and county levels, non-white Americans are disproportionately burdened by particulate matter – or air pollution consisting of automobile fumes, smog, soot, oil smoke, ash, and construction dust – than white people.

This type of pollution has been named a definite carcinogen by the International Agency for Research on Cancer, and it’s been declared by the EPA as a contributor to adverse health conditions, including lung issues, heart attacks, and premature death.

Environmental racism can exist in many forms. Here are some of the more blatant examples of injustice across the country. 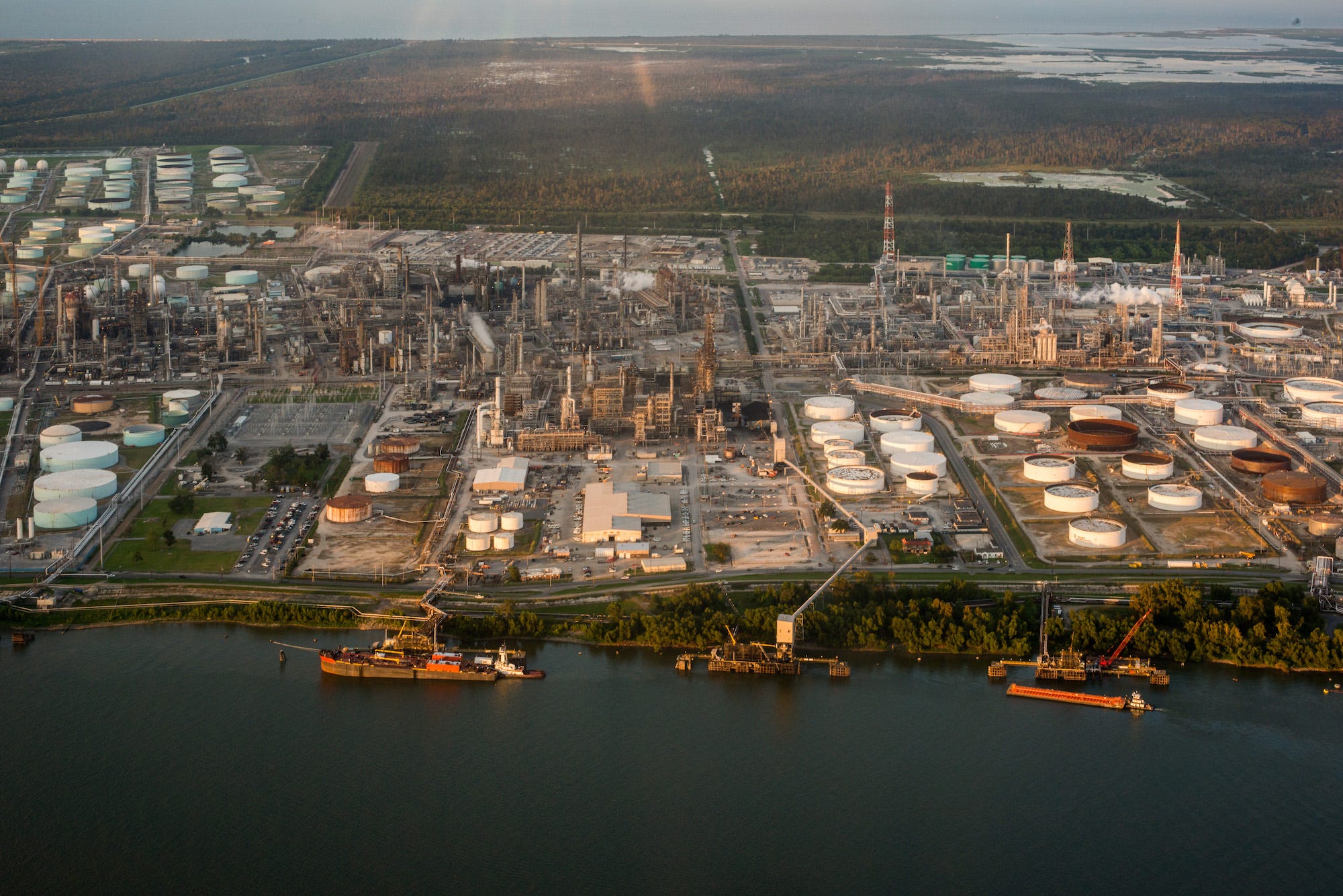 Giles Clarke/Getty ImagesChemical plants and factories line the roads and suburbs of the area known as ‘Cancer Alley’ October 15, 2013.

Cancer Alley is an 85-mile stretch of land along the Mississippi River between New Orleans and Baton Rouge that’s lined with oil refineries and petrochemical plants.

The location got its sinister name “Cancer Alley” because residents of the area are 50 times more likely to develop cancer than the average American – and those who live there are predominantly Black.

Because of this, Cancer Alley has been referred to as the “frontline of environmental racism.” The situation is so bad that Reverend Dr. William J. Barber, who has been helping communities fight the injustice for years, referred to it as a new kind of slavery.

“It is killing people by over-polluting them with toxins in their water and in their air,” he told Rolling Stone in 2019. “This is slavery of another kind.” 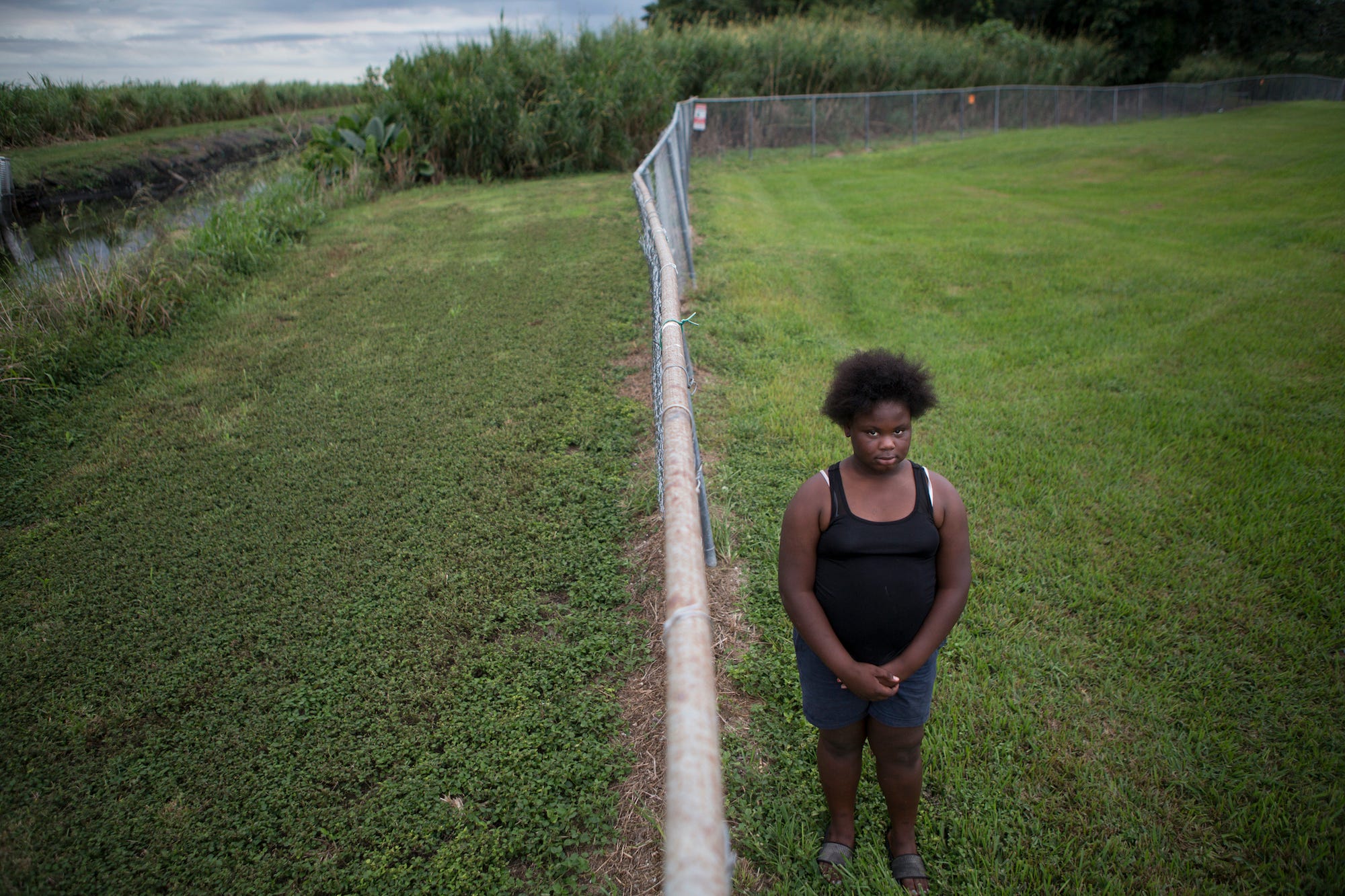 AP Photo/Ellis RuaIn this Nov. 4, 2019 photo, Kaniyah Patterson stands in front of a sugar cane field behind her home in Pahokee, Fla. Patterson says that smoke from sugar cane burns trigger her asthma

Residents of the Glades in Pahokee, Florida, face a harrowing reality every October: The arrival of “black snow,” or a thick level of soot that pollutes the area due to sugar burning.

Florida’s sugar cane farmers legally set their fields on fire prior to harvest in order to burn down everything but the cane, resulting in major amounts of pollution hitting predominately poor, Black communities.

In 2015, a study funded by the US Education Department found that residents of the Glades who are exposed to pollution from sugar field burning experience a greater amount of respiratory distress, and locals have complained of suffering immune systems and an increase in asthma. 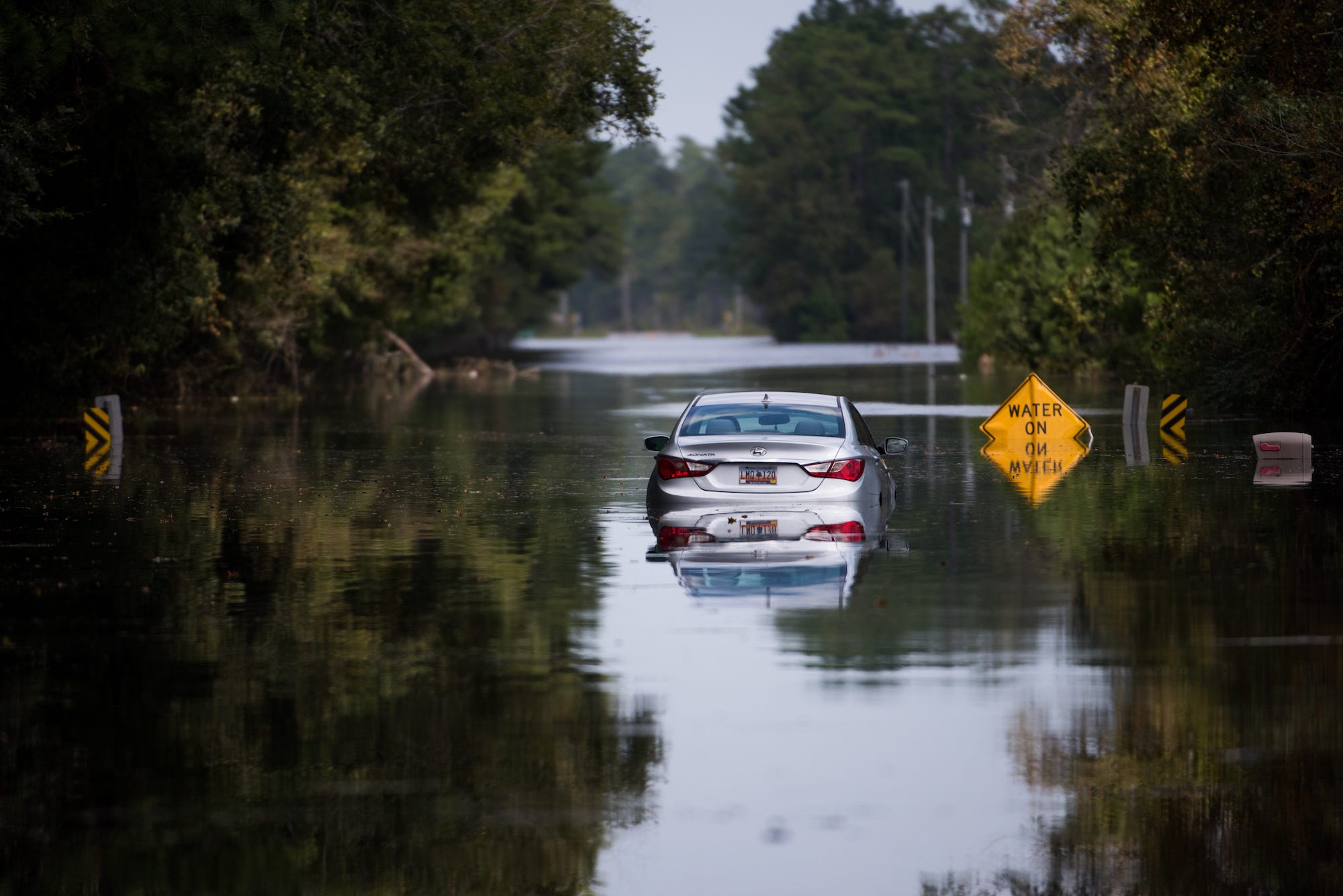 Sean Rayford/Getty ImagesA disabled car is surrounded by floodwaters caused by Hurricane Florence in South Carolina. The hurricane triggered a wave of pollution in Cheraw, and displaced five families from their homes.

Up until the 1970’s, cancer-causing PCBs, or polychlorinated biphenyls, were dumped in a creek in Cheraw, South Carolina by Burlington Industries.

Decades later, the effects are still being felt.

In 2018, five families were displaced from their homes after Hurricane Florence hit and triggered remains of the chemicals to wash up from the creek into houses and yards. Additionally, the toxic waste was found within the soil of a local playground, which had to be closed down and barred from use. 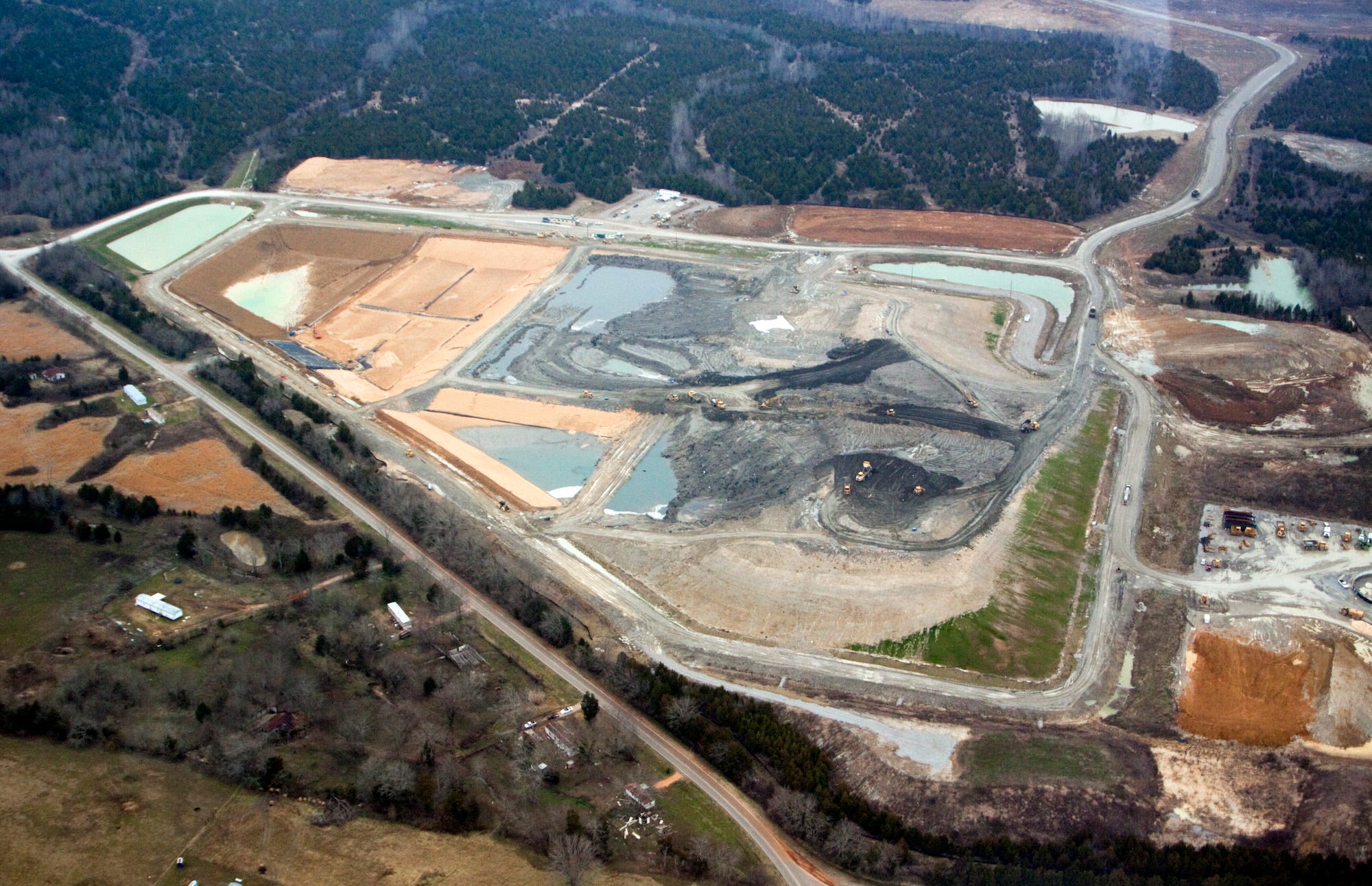 John L. Wathen/MCT/Tribune News Service via Getty ImagesThe Arrowhead Landfill in the rural, largely minority community of Uniontown, Alabama is the dumping site of coal ash carried from the site of a spill in Tennessee

In 2008, over a billion tons of deadly coal ash spilled into the Emory River Channel in Kingston, Tennessee. The catastrophe left workers who cleaned the mess to suffer from brain cancer, lung cancer, and leukemia.

Then, in 2010, the Tennessee Valley Authority transported 4 million cubic yards of coal ash from the spill into Uniontown, Alabama, a predominantly low-income Black community. Under the Comprehensive Environmental Response, Compensation, and Liability Act (CERCLA), the EPA deemed the coal ash nonhazardous in Uniontown, and therefore provided the community with no protection against the highly dangerous substance. 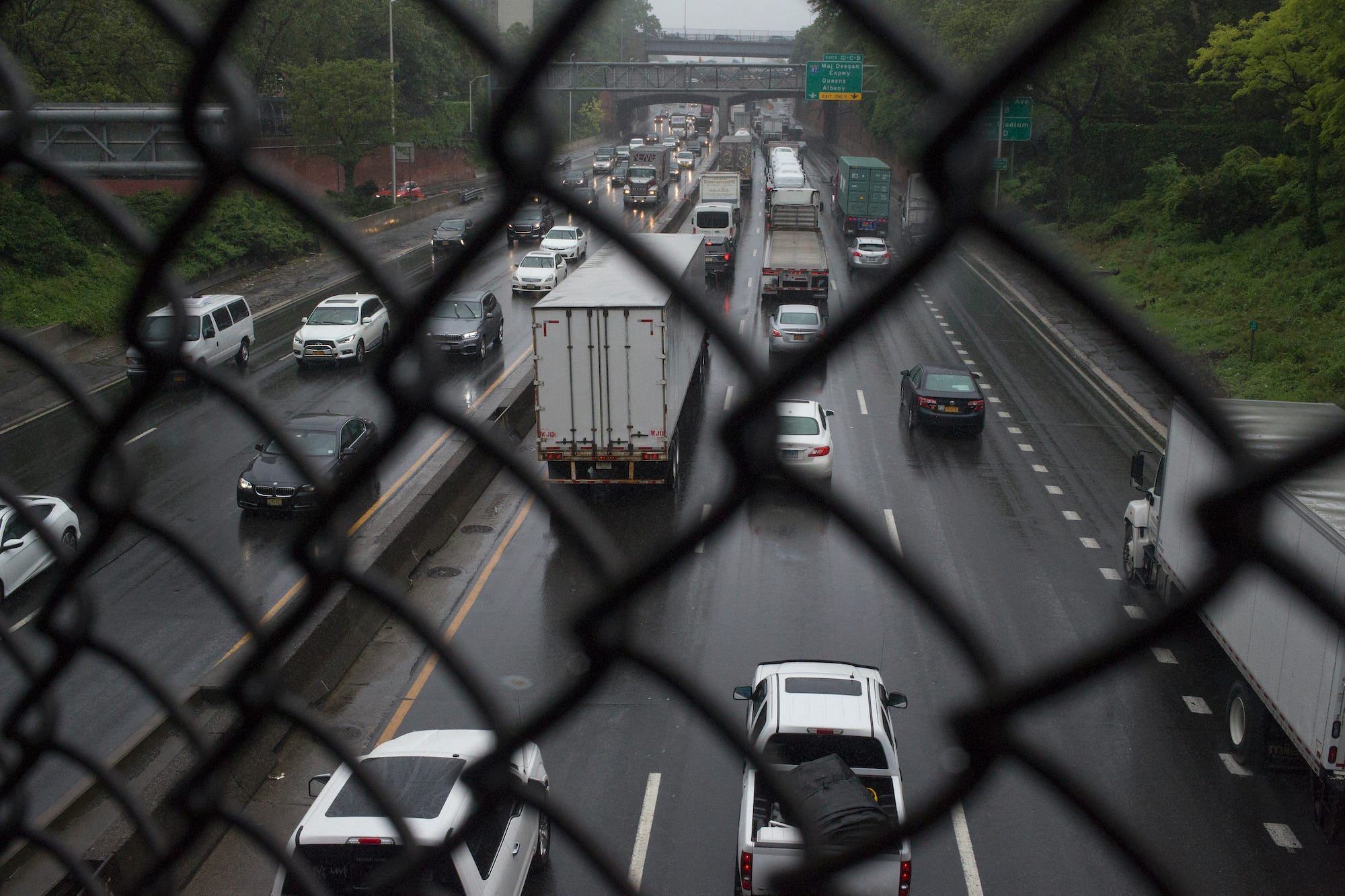 Andrew Lichtenstein/Corbis via Getty ImagesTrucks and cars drive on the Cross Bronx Expressway on May 25, 2017 in the Bronx, New York. The highway is one of the busiest in the nation, and the neighbourhoods above it have very high levels of asthma in their communities.

The Bronx is among the most racially diverse boroughs in New York City – and it bears the burden of a disproportionate level of pollution. Air pollution rates are so bad that in some neighbourhoods, an estimated 20% of children have asthma.

The South Bronx itself has been nicknamed “Asthma Alley,” where hospitalizations operate at five times the national average and at 21 times the rate of other New York City neighbourhoods. 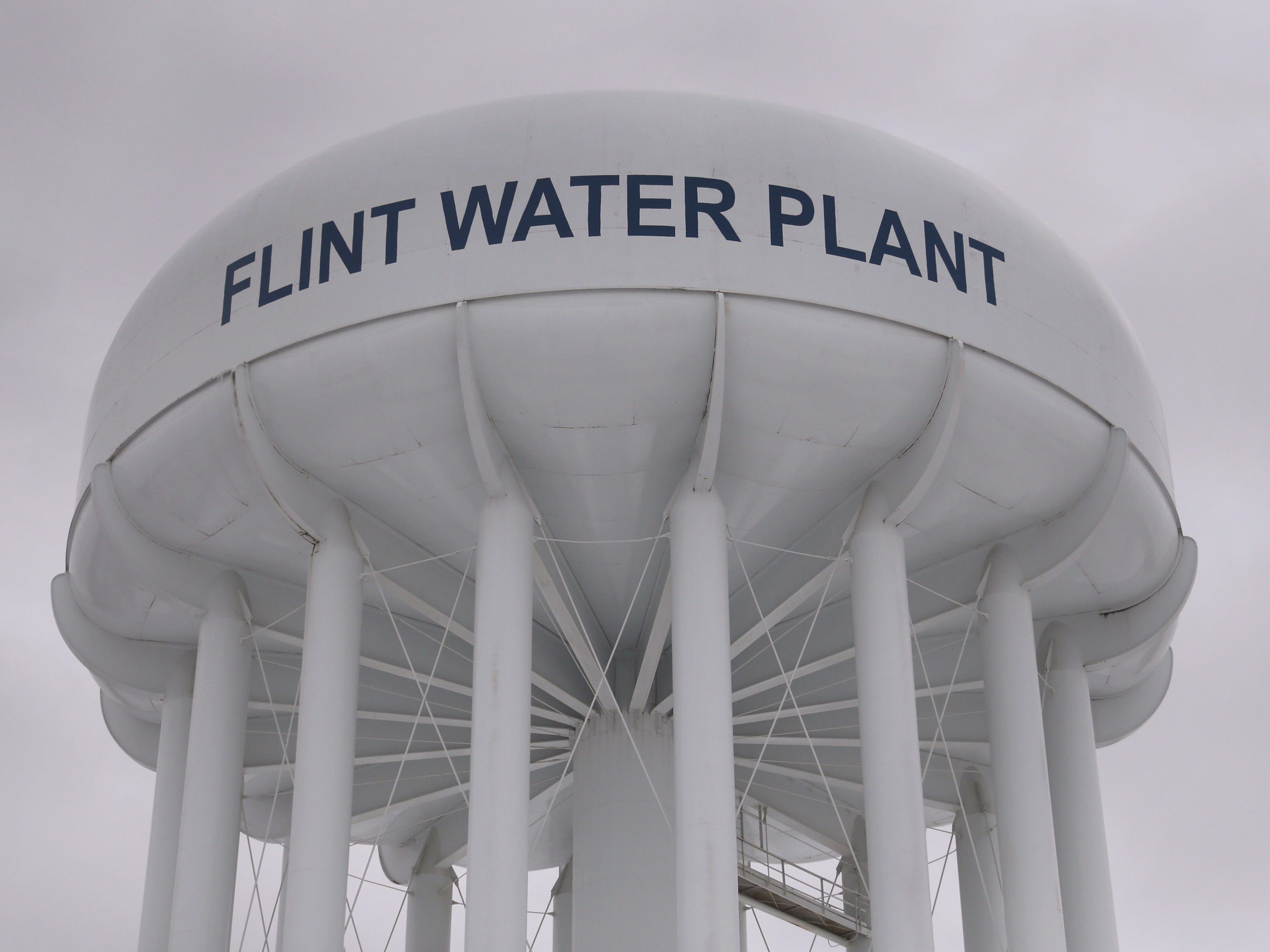 The water crisis of Flint, Michigan has been called one of the most “egregious examples of environmental injustice” by Paul Mohai, a founder of the movement and a professor at the University of Michigan School for Environment and Sustainability.

The crisis occurred when the city failed to properly treat its municipal water system after changing water sources, resulting in the mass lead poisoning of hundreds of children and adults from April 2014 to December 2015.

Despite a high level of complaints and reports of sickness from local residents – a majority of which were low-income people of colour – city management failed to adequately respond and treated the matter with indifference. 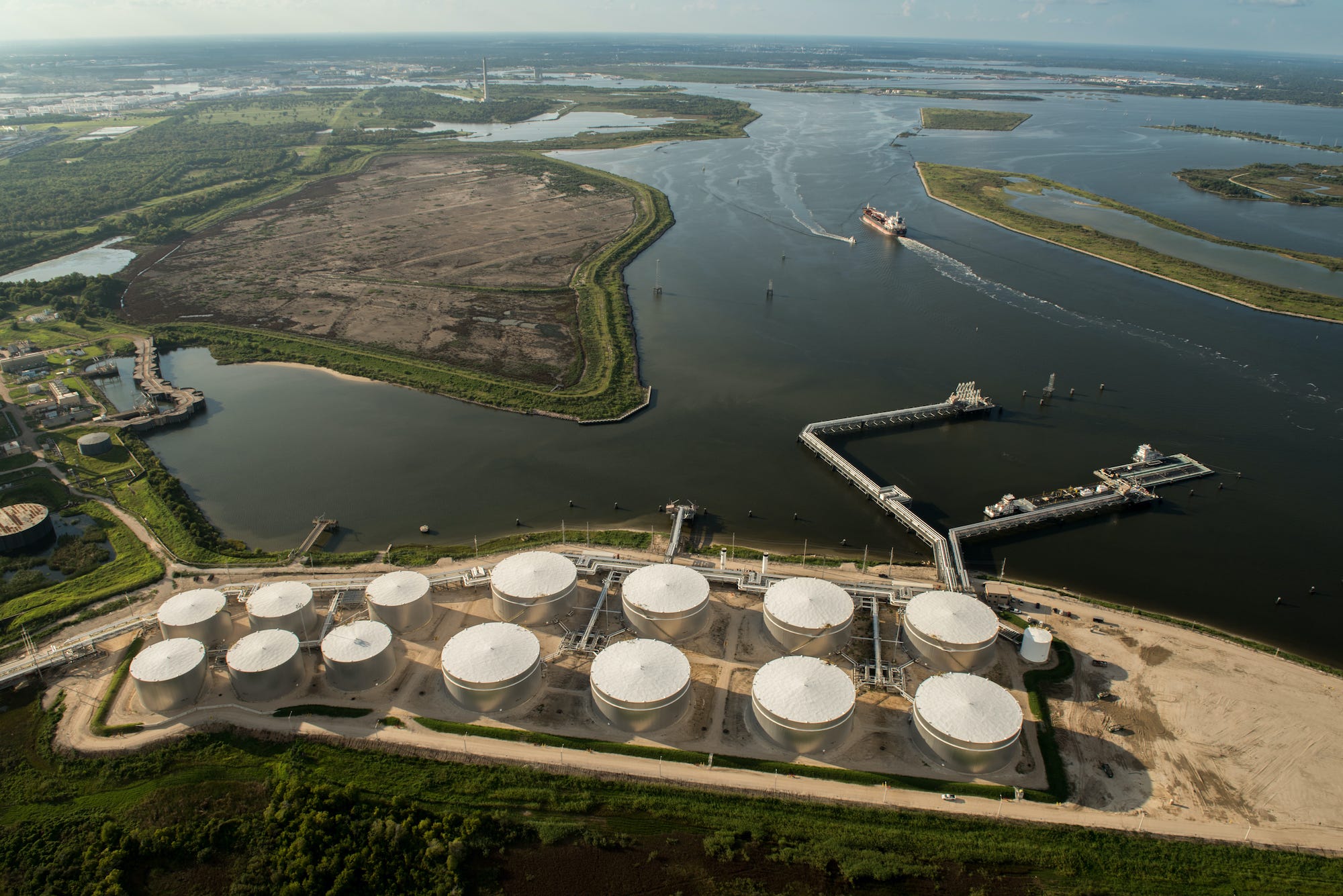 Ken Cedeno/Corbis via Getty ImagesOil tanks along side the Houston Ship Channel as ships are brought in by tug boats to oil refineries in Houston, TX Sept 29, 2014.

The Harrisburg/Manchester neighbourhood of Houston is 98% Hispanic – and home to a concentrated region of oil refineries, chemical plants, sewage treatment facilities, and hazardous waste sites.

Each year, up to 484,000 pounds of toxic chemicals are released throughout the area from 21 surrounding Toxic Release Inventory (TRI) facilities. The situation is so bad that even the local elementary school was forced to shut down and move location because of highly concentrated levels of lead found in children. 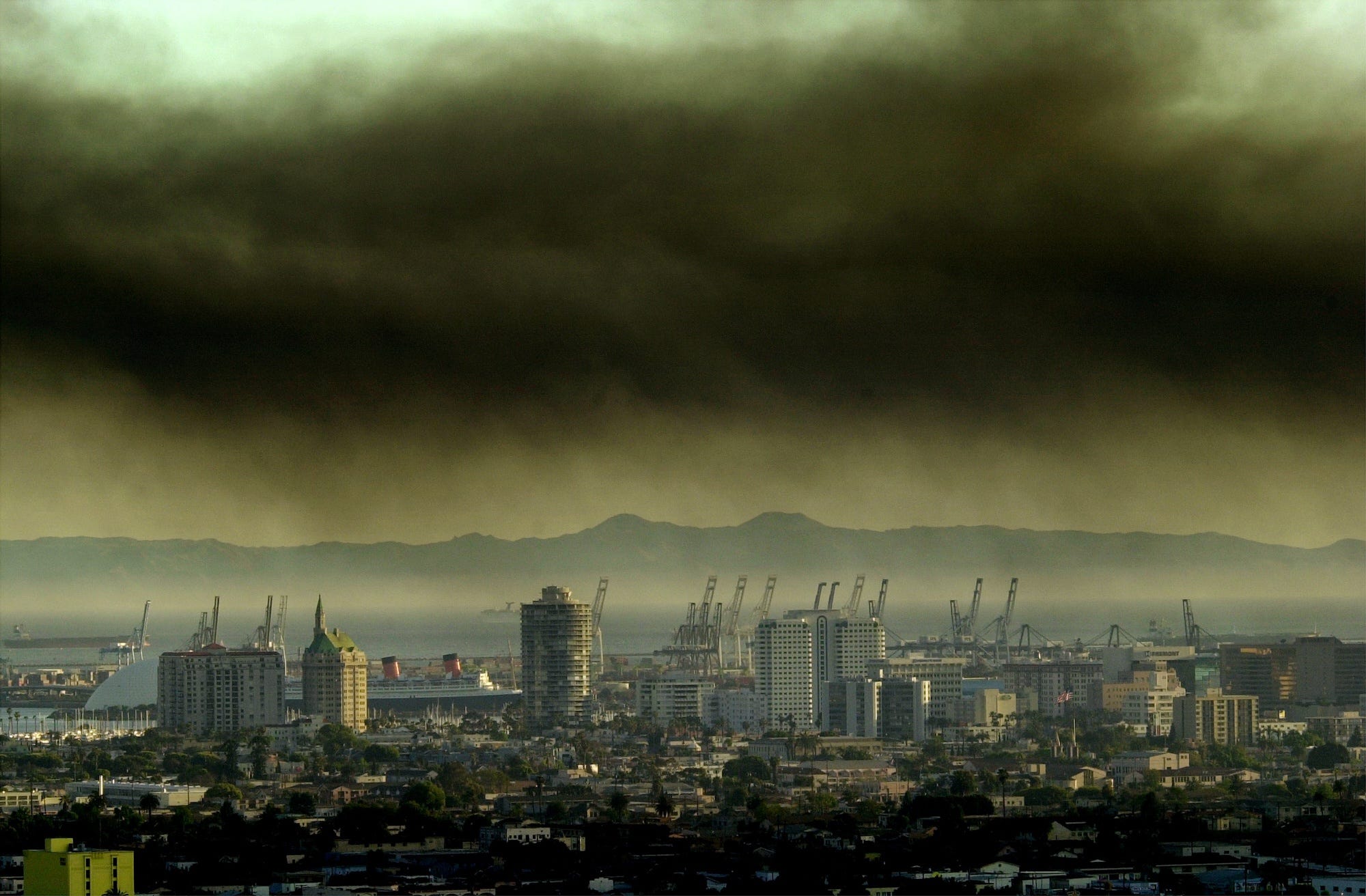 Additionally, an Exide Technologies battery recycling plant in Vernon, California closed down in 2015, but toxic levels of lead left in its wake have still not been cleaned up, effecting the primarily working-class Latino population living nearby. 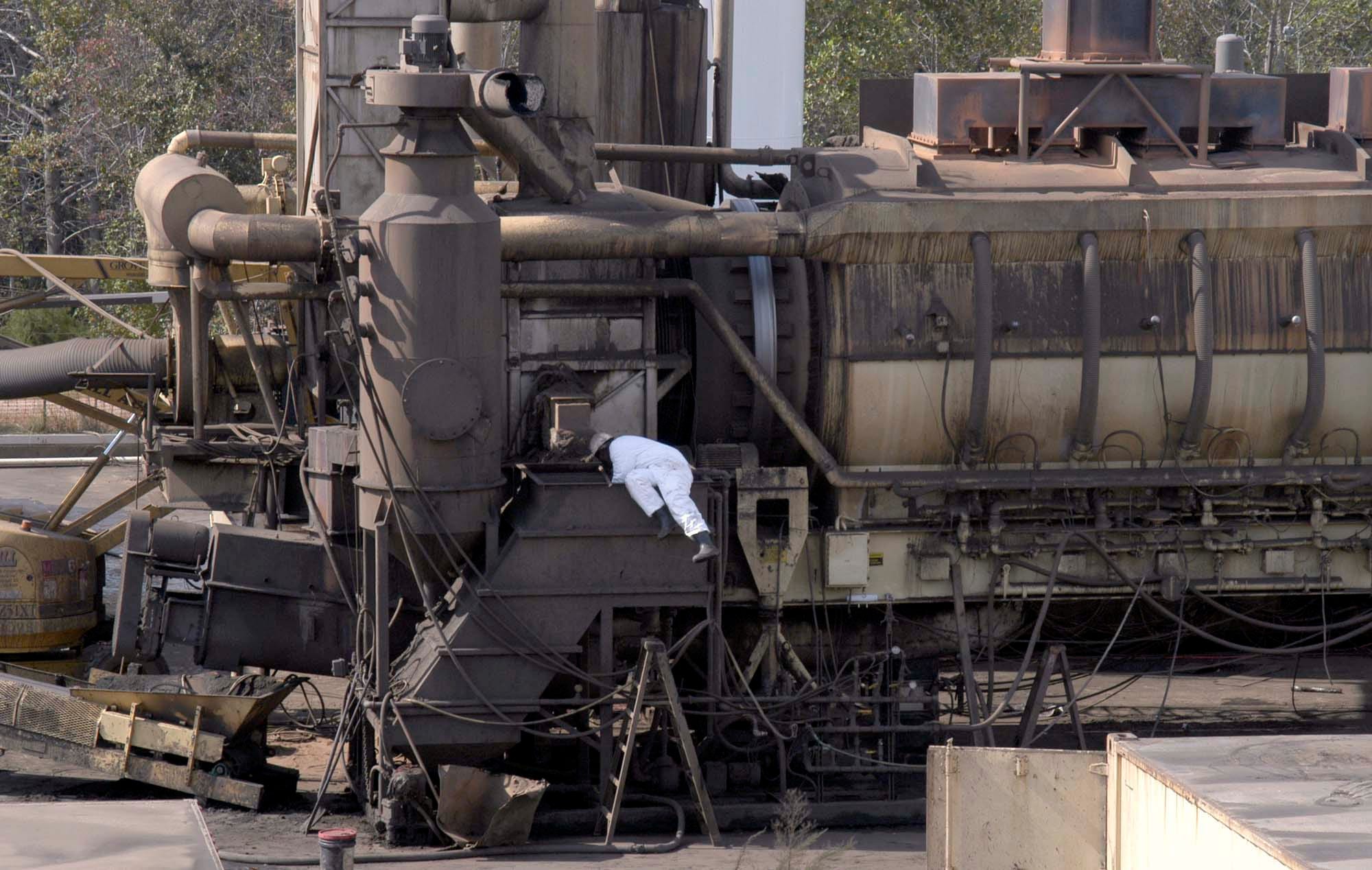 After liquid contaminated with PCBs were dumped along 240 miles of road in 1978, effecting predominantly poor, Black communities, the state of North Carolina chose Warren County to house the toxic waste facility to help clean it up.

But when residents realised this would affect their health and drinking water, they fought back, holding protests and suing to stop the landfill from being placed there. They ultimately lost the legal fight, and the toxic waste facility was moved there. 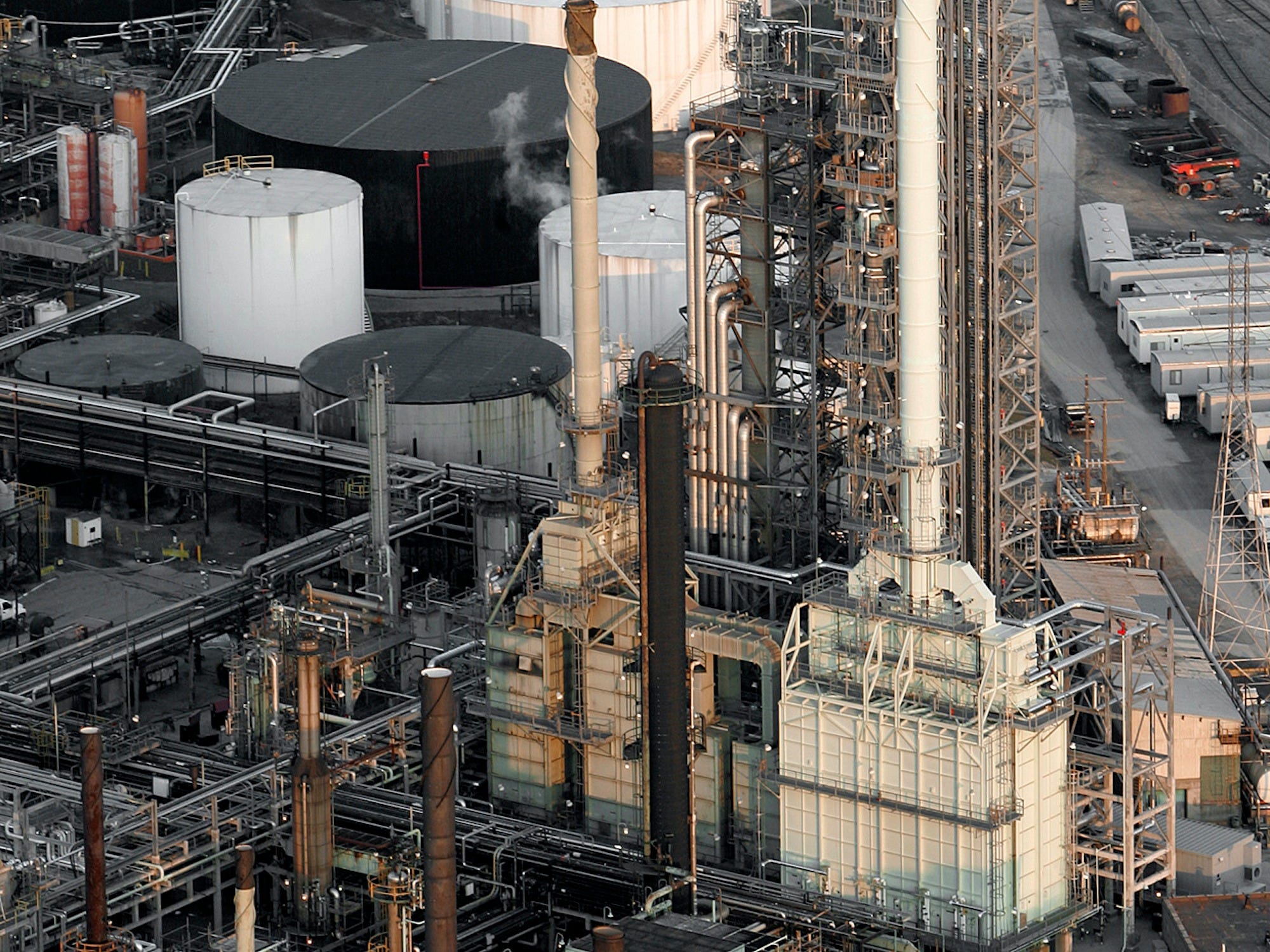 Detroit’s most polluted zip code is 71% Black, and the air pollution is so bad it can make the sky look like a fiery orange glare.

A 250-acre tank Marathon farm that’s expanded over the last several decades has received over 15 violations for surpassing federal and state emission guidelines from Michigan Department of Environment, Great Lakes, and Energy in the past seven years.