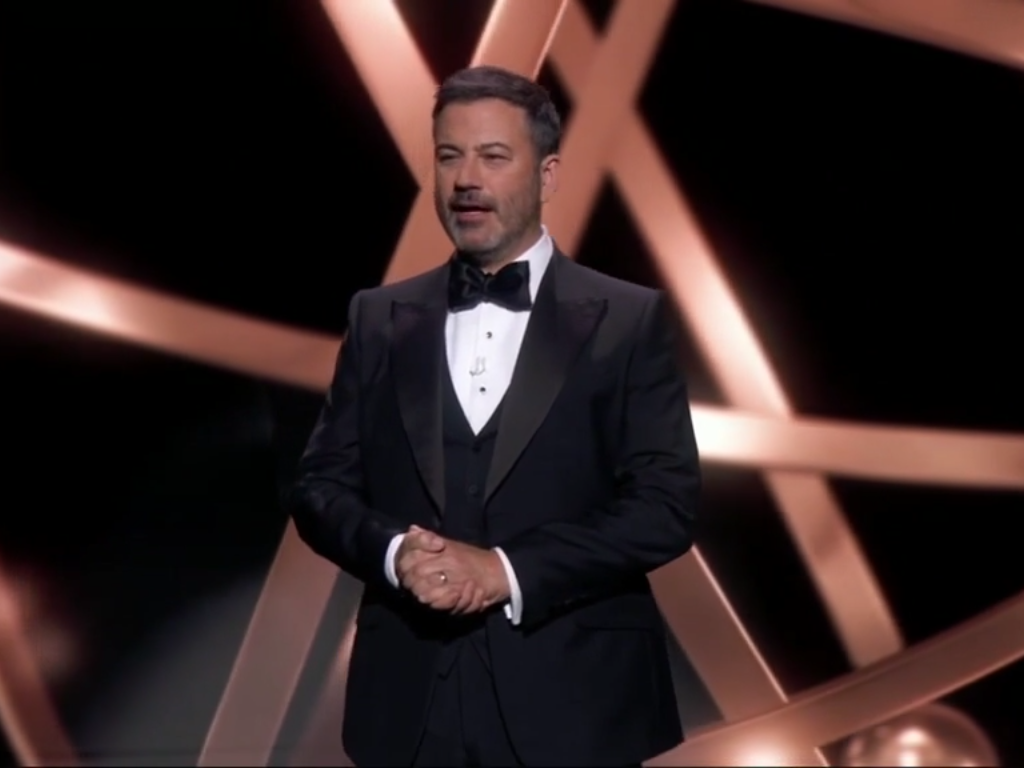 “Welcome to the Pandemmys!” Jimmy Kimmel proclaimed as he came out on stage at the Staples Centre in Los Angeles for the 72nd Primetime Emmy Awards on Sunday in front of a packed audience. 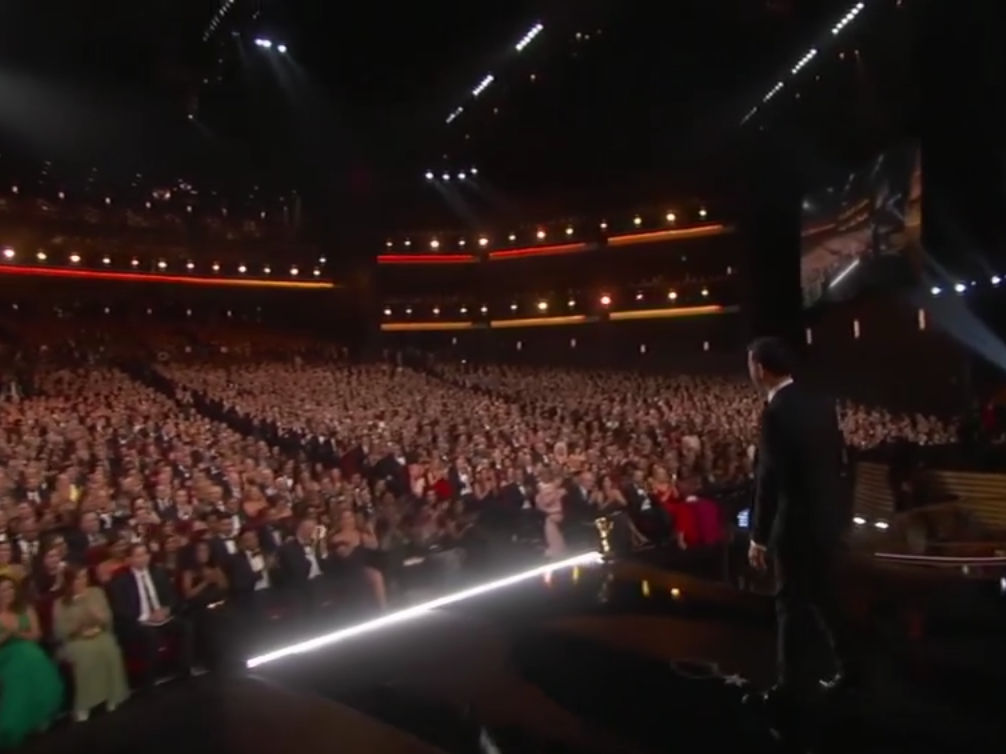 Kimmel may have had you going there for a little bit at the start of the award show. As he dove into jokes (“You can’t have a virus without a host.”) and noting that through the coronavirus pandemic we have been comforted by TV, it seemed what was going on was like any other Emmys as stars in the audience laughed at Kimmel’s jokes.

But then something happened. Kimmel saw himself in the audience.

Then there’s a shot of Kimmel in a dark room and when the lights come on it reveals that he’s inside an empty Staples Centre. 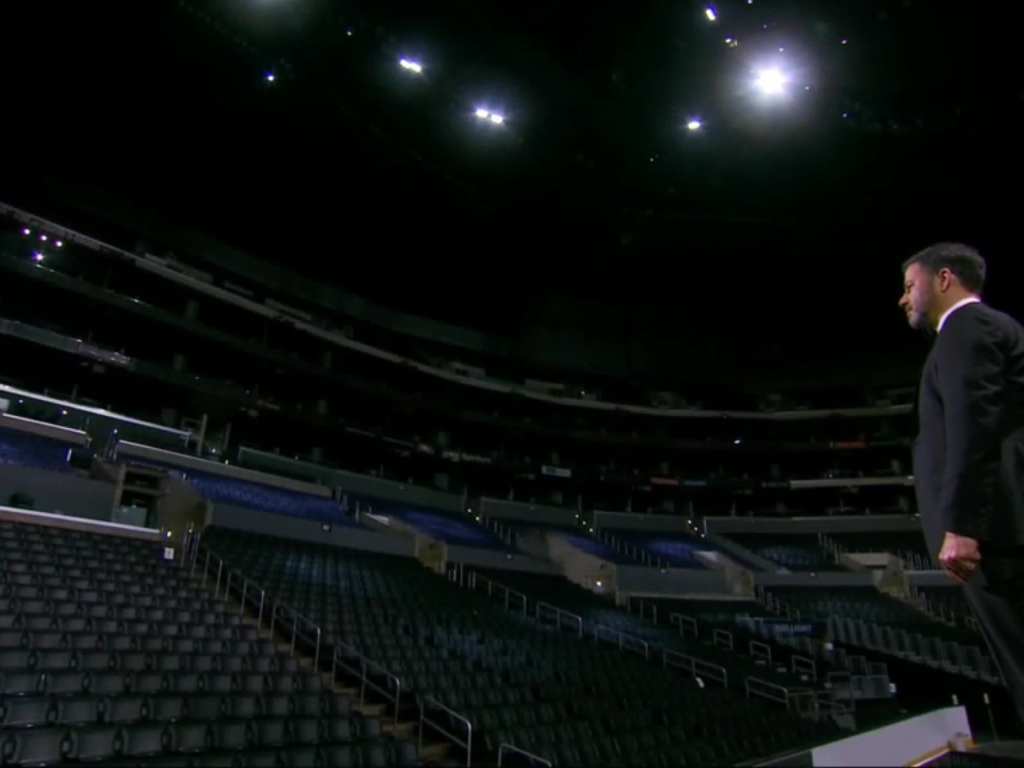 ABC‘Just like prom night,’ Kimmel said when it was revealed he was in an empty room.

“Of course I’m here all alone, of course there’s no audience,” Kimmel said. “This isn’t a MAGA rally, it’s the Emmys. Instead of a live audience, we took a page from baseball tonight and filled the seats with cardboard cutouts of the nominees.”

We also saw cutouts of stars like Regina King and Meryl Streep â€” but then Jason Bateman was actually there. 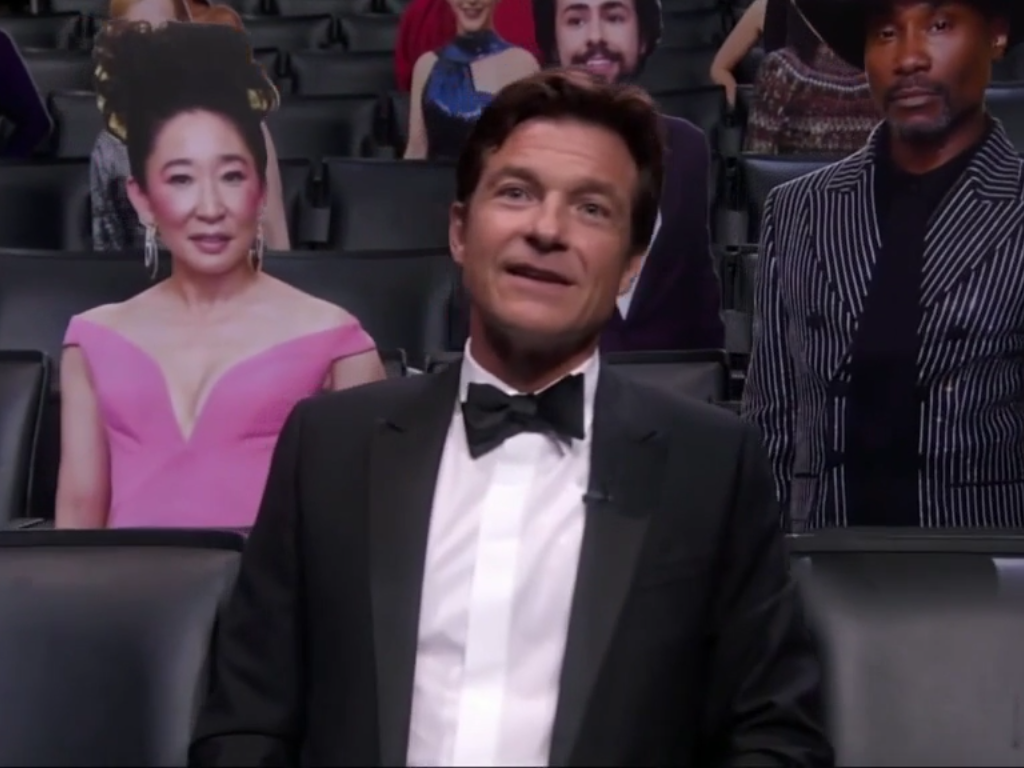 ABCJason Bateman at the start of the Emmys.

“Mind your business Kimmel, big night for me,” Kimmel said as the star sat stiffly like a cardboard cutout trying to stay there as he’s a nominee tonight.

When Kimmel informed him he doesn’t have to be there but he could stay if he laughs at all his jokes, Bateman responded: “I’m out.”

He then placed a cutout of himself in his seat, albeit one of a younger picture of him from back when he was a teen star. 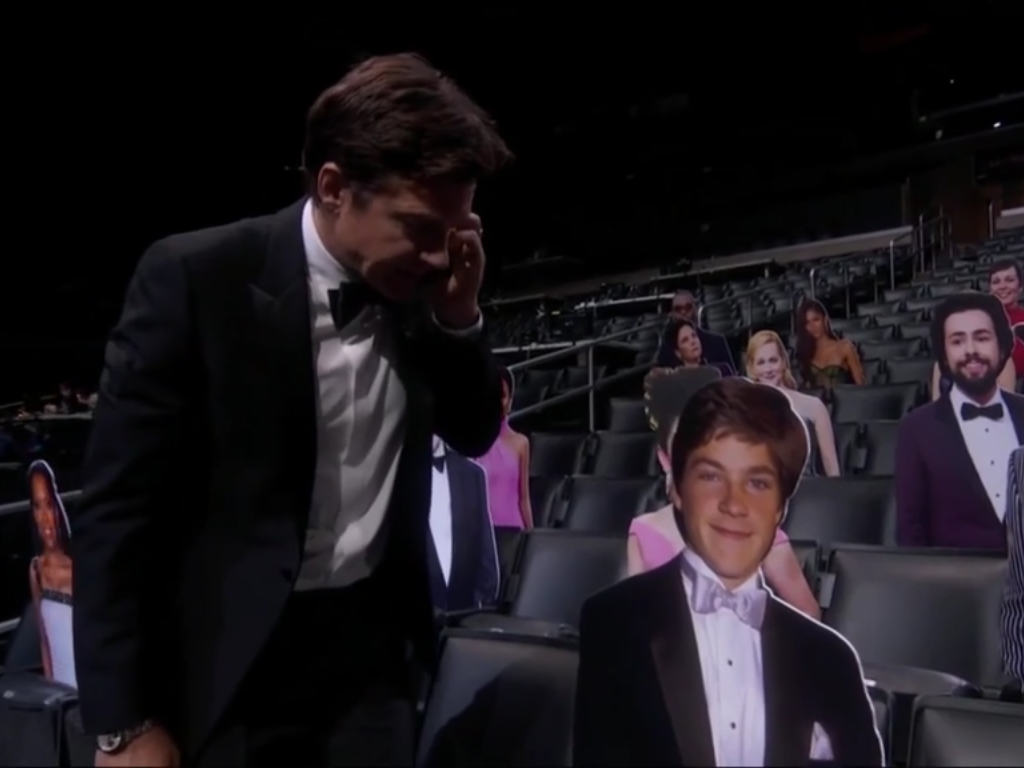 ABCJason Bateman left a much younger cardboard cutout of himself when he left.

Kimmel then asked Bateman when that photo was taken.

Kimmel then revealed what was really going to go on during Emmy night. Instead of the nominees going there, the Emmys would be going to them. Kimmel revealed a nerve centre where endless screens revealed the night’s nominees. 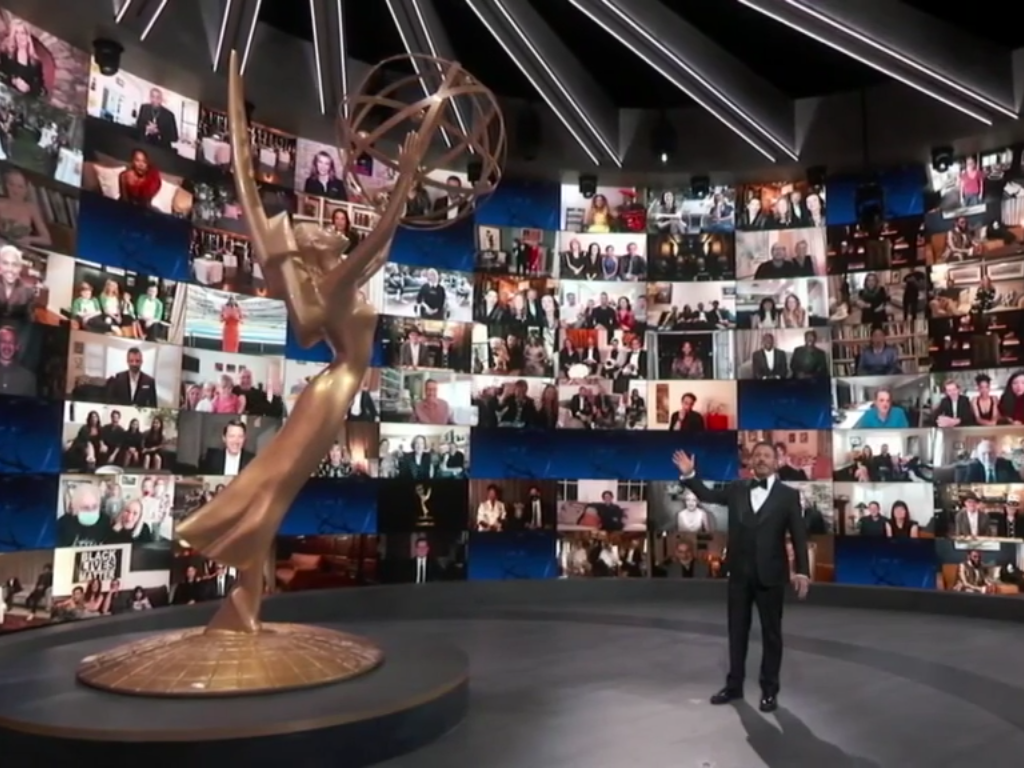 ABCKimmel reveals the nerve centre of the Emmys.

Kimmel said that over the evening they will be doing a live feed to more than 100 locations from around the world where nominees are sitting patiently to see if they will win.

“What could possibly go right,” Kimmel said before starting the show.