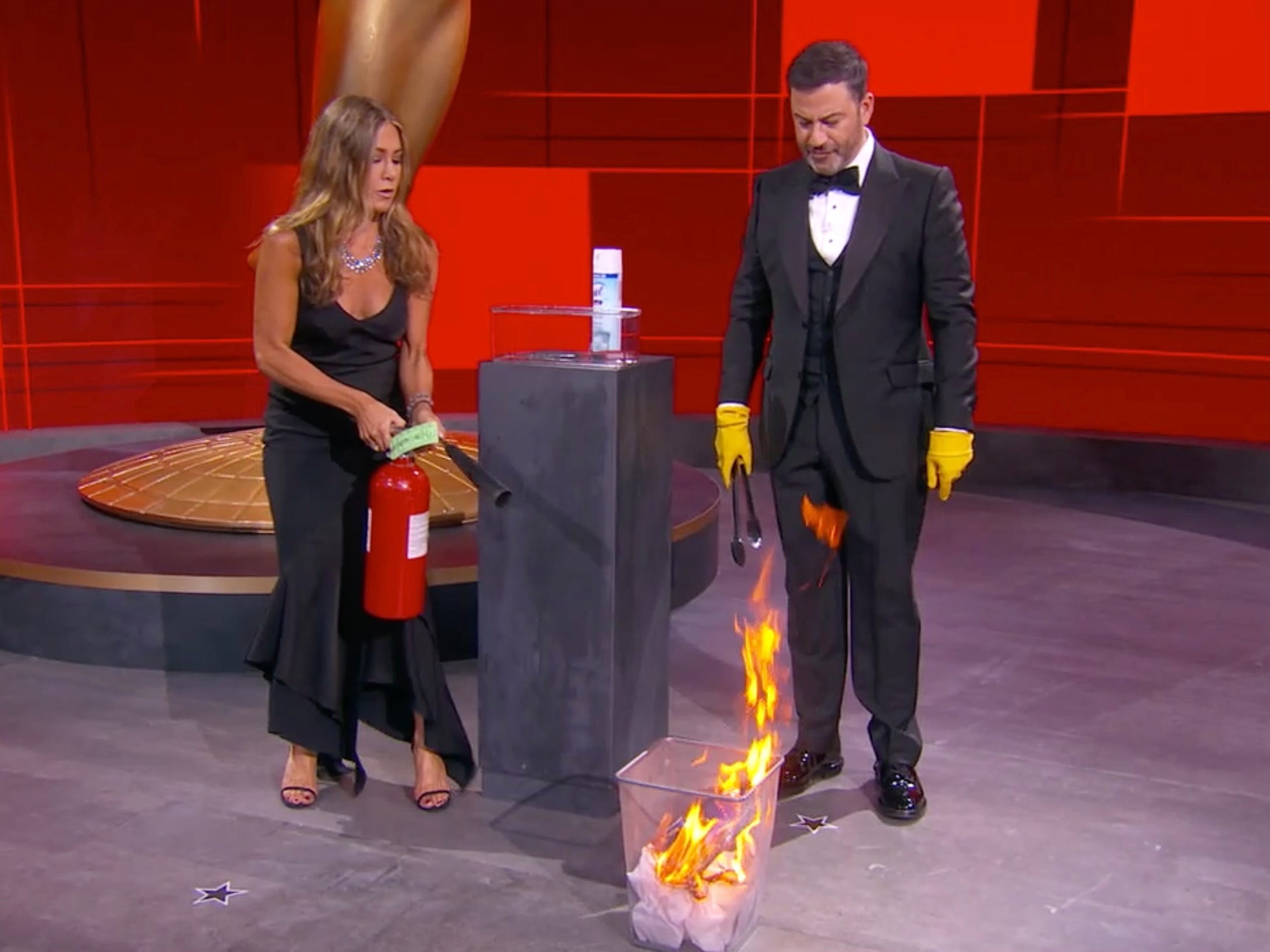 ABC/GettyThings could have gone bad with the burning Emmy envelope comedy bit if it wasn’t for the quick thinking Jennifer Aniston.

There’s one thing that hasn’t changed during the pandemic: during a live award show, sometimes you just have to wing it.

During Sunday night’s Emmy Awards, host Jimmy Kimmel shined in the comedy bits he did throughout the show. One of the most memorable moments of the night was when Kimmel brought out Jennifer Aniston to hand out the first award.

Kimmel doused the envelope with Lysol and set it on fire. Aniston then grabbed a fire extinguisher and put out the fire, leaving Kimmel with a charred envelope at the end of a pair of tongs.

While that was meant to be the end of the bit, the fire in the garbage can that the envelope was placed in ignited again. Kimmel appeared to have no clue what was going on, but Aniston blasted the can a few more times with the extinguisher until the fire finally went out. During the show, a producer could be heard in the background yelling, “Put it out!”

“That was not the way it was supposed to go,” “Jimmy Kimmel Live!” co-head writer Molly McNearney told Variety‘s Michael Schneider about the bit, noting that it turned out to be “very scary.” 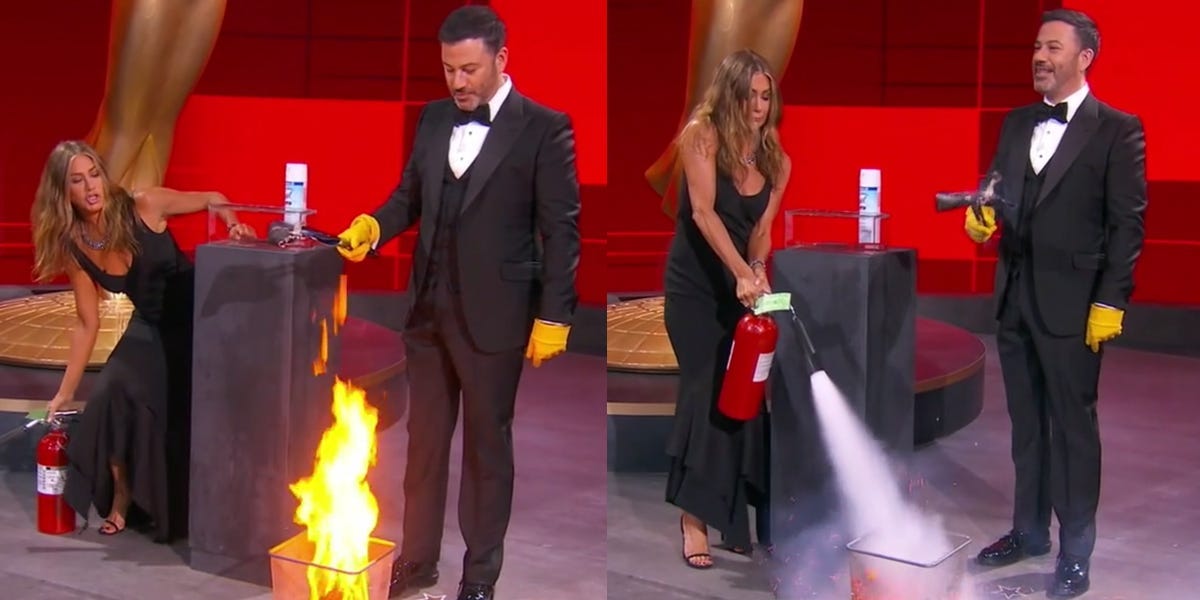 ABCProducers behind the scenes were held back from helping, it was up to Jennifer Aniston and Jimmy Kimmel to get the fire out.

“That extinguisher was supposed to extinguish the first time and it didn’t,” Schneider said.

McNearney, who is also Kimmel’s wife, said that when the trash can relit, there was some movement backstage to go on the stage and take care of the fire, but she held everyone back.

And because of Aniston’s “impeccable timing,” as McNearney called it, the moment became one of the big viral moments of the night.