13 Emmy-nominated shows you might have missed, but should definitely watch 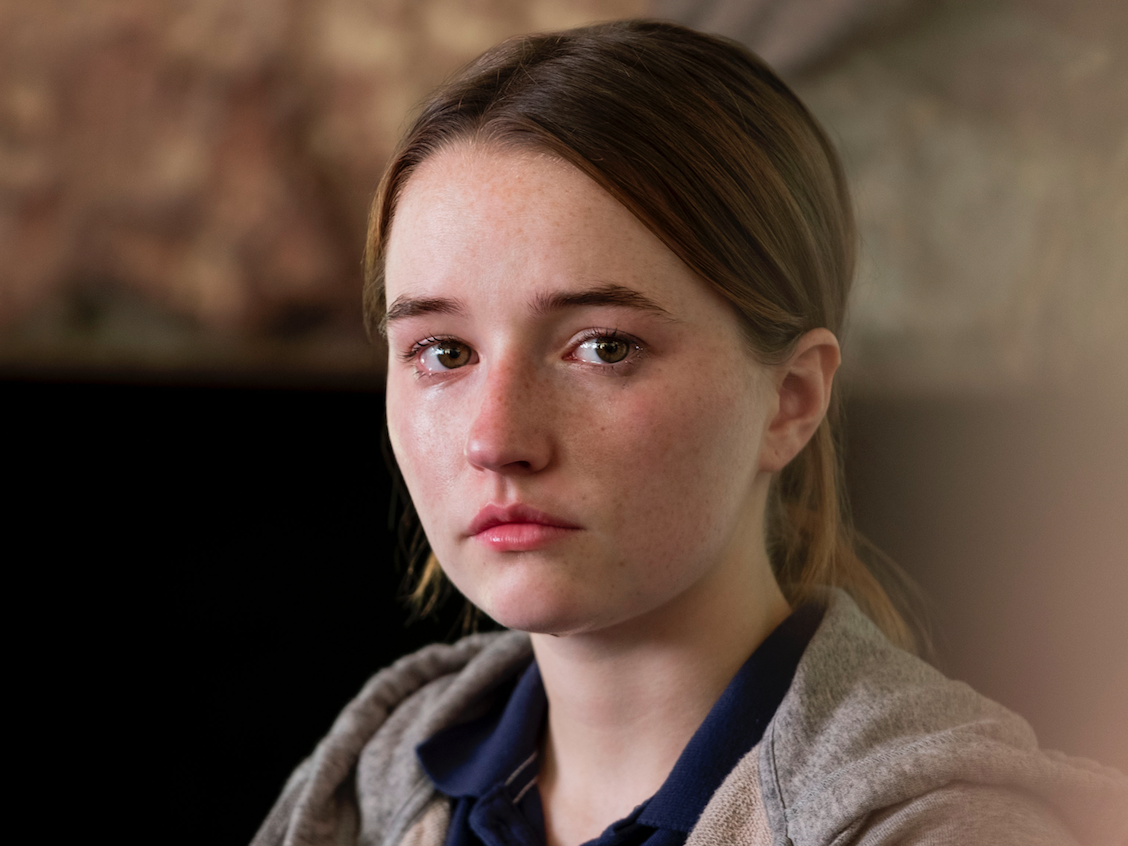 The 72nd Emmy nominations were announced in July by Leslie Jones in a virtual event. Many of the nominated series (like “Watchmen,” “Stranger Things,” “Schitt’s Creek,” and “The Mandalorian”) garnered a huge fan base in the last year.

But there were many shows that the average TV watcher might have overlooked, especially with platforms like Netflix releasing 113 brand new shows every year. So we’re here to bring your attention to the TV shows nominated for Emmys this year that people may not have watched, but absolutely should.

The Emmy Awards will be hosted by Jimmy Kimmel on Sunday, September 20 on ABC. Keep reading for all the TV you should catch up on before then. 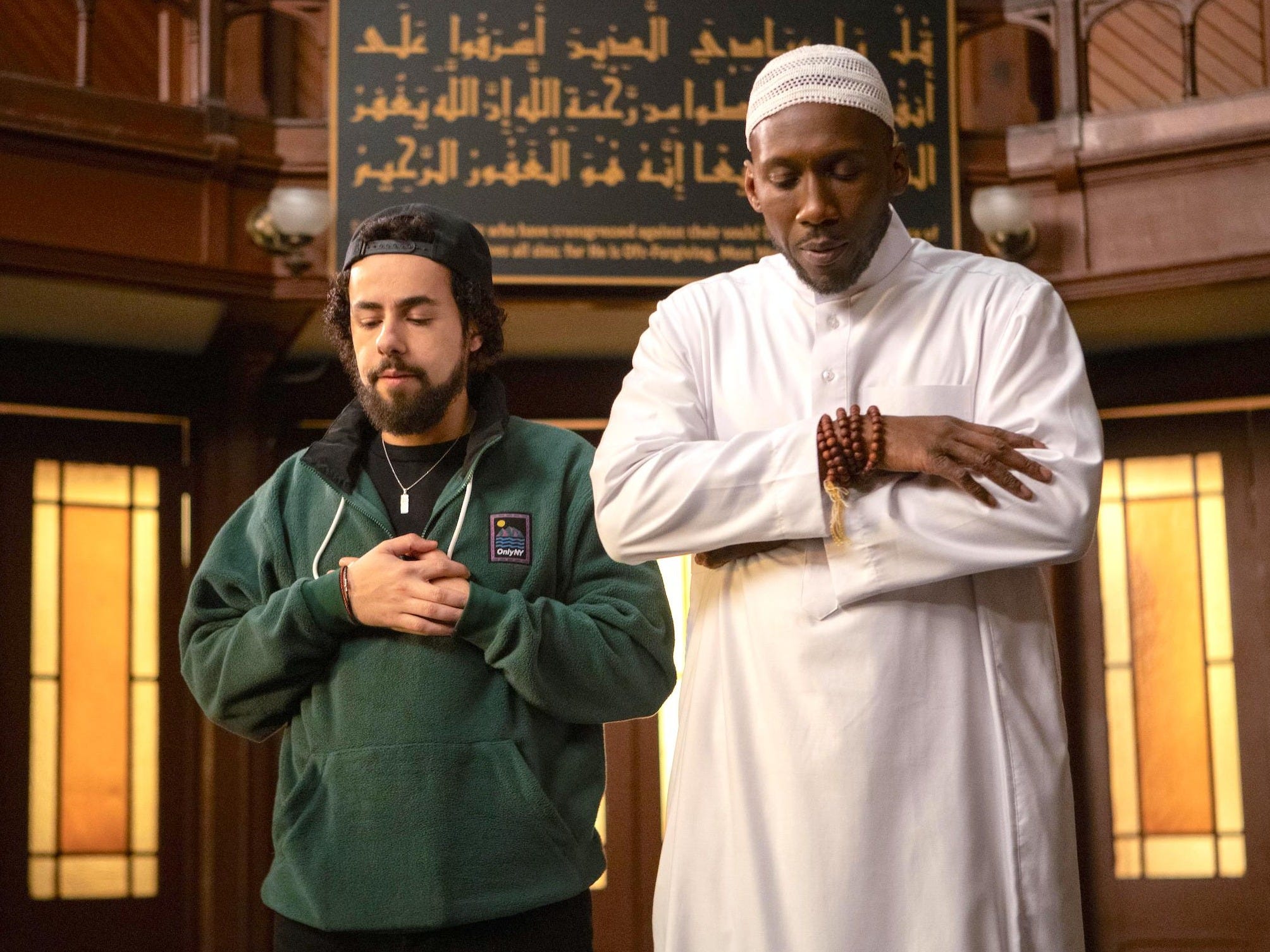 Synopsis: “The series follows first-generation, Egyptian-American Ramy Hassan who is on a spiritual journey in his politically-divided New Jersey neighbourhood.”

Why you should see it: Earlier this year, Ramy Youssef won best actor in a musical or comedy at the Golden Globes. The win came as a surprise for many, including the star of the show himself. But more people should be watching this series, which is funny, complex, poignant, and beautifully layered.

Plus season two has the fantastic addition of Oscar-winning actor Mahershala Ali. Saeed Adyani/NetflixLinda Cardellini and Christina Applegate costar in ‘Dead to Me’ on Netflix.

Synopsis: “A powerful friendship blossoms between a tightly wound widow and a free spirit with a shocking secret in this darkly comic series.”

Why you should see it: “Dead to Me” is worth a watch for the wild plot twists and turns alone, which are only enhanced by Linda Cardellini and Christina Applegate’s incredible performances. Plus, James Marsden (who you likely know from HBO’s “Westworld” or a number of romcoms) has a delightful supporting role.

Where to watch it: Netflix Synopsis: “Creator Issa Rae stars as Issa Dee, who struggles to navigate the tricky professional and personal terrain of Los Angeles along with her best friend Molly.”

Why you should see it: Since its premiere in 2016, “Insecure” has been one of the best (and most underrated) comedies currently on air. The show perfectly balances hilarity with grounded drama, and it’s a layered portrayal of the struggles in maintaining adult friendships and both new-and-old romances. HBOJeremy Strong and Brian Cox star as Kendall and Logan Roy on ‘Succession.’

Synopsis: “‘Succession’ tracks the lives of the Roy family as they contemplate their future once their ageing father begins to step back from the media and entertainment conglomerate they control.”

Why you should see it: If political, peek-behind-the-curtain dramas are your thing, “Succession” ticks so many boxes. Shakespearean family in-fighting, power plays with high stakes, and a phenomenal ensemble of performances all add up to make “Succession” one of the best dramas on TV right now. HBOZendaya stars in ‘Euphoria’ on HBO.

Synopsis: “‘Euphoria’ follows a group of high school students as they navigate love and friendships in a world of drugs, sex, trauma, and social media.”

Why you should see it: Based on the real experiences of showrunner Sam Levinson, “Euphoria” is a no-holds-barred look at the way teenagers experience violence, love, lust, addiction, and more in the modern world of social media. It’s beautifully shot, has a fantastic score, and an undeniably charismatic cast. 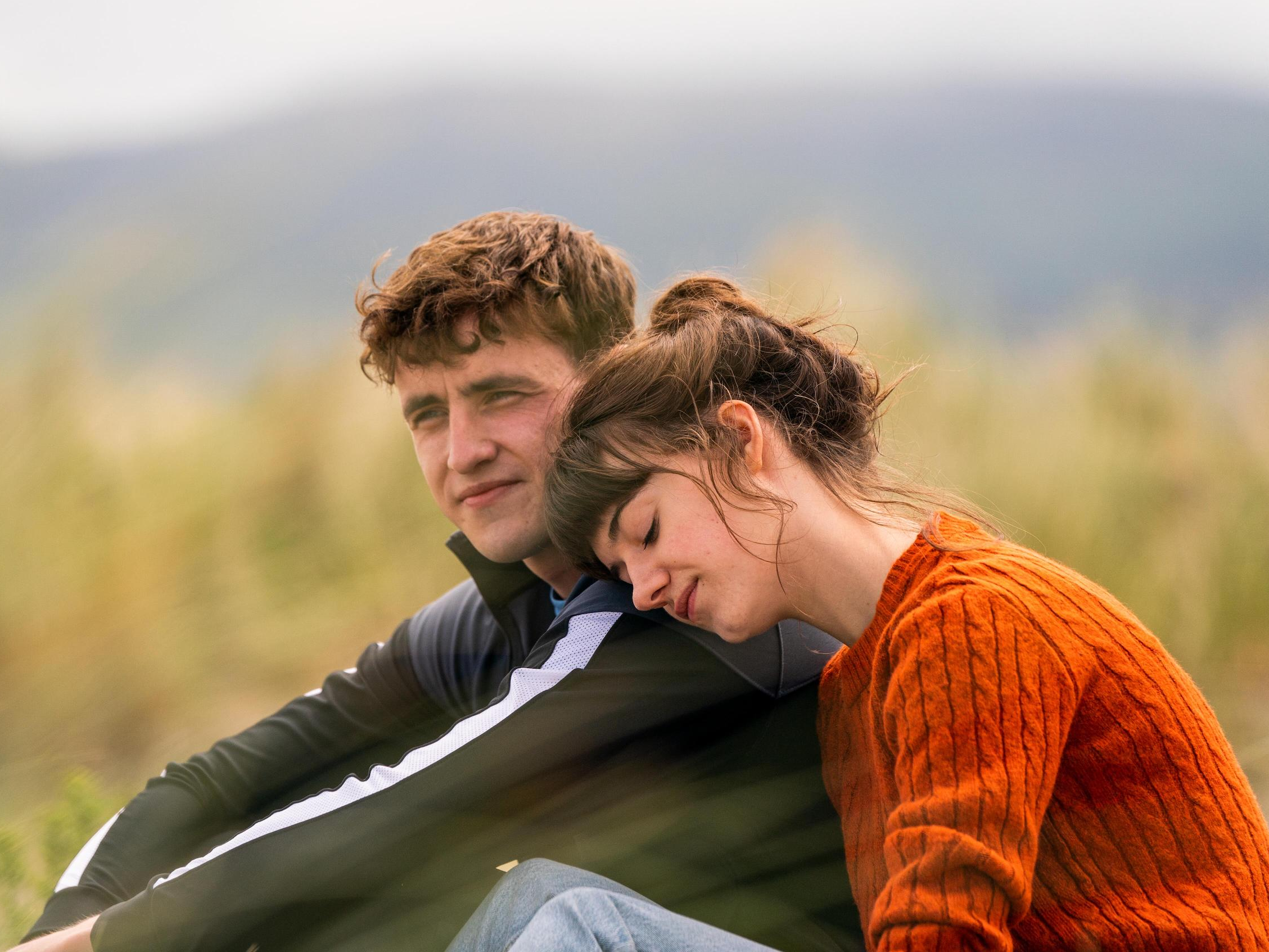 Synopsis: “Based on Sally Rooney’s best-selling novel, ‘Normal People’ is an exquisite, modern love story about how one person can unexpectedly change another person’s life and about how complicated intimacy can be.”

Why you should see it: Paul Mescal was rightfully nominated for his performance in “Normal People,” an incredibly thoughtfully crafted miniseries that conveys a specific sort of hazy, melancholic rush and heartache that comes with falling in love for the first time. 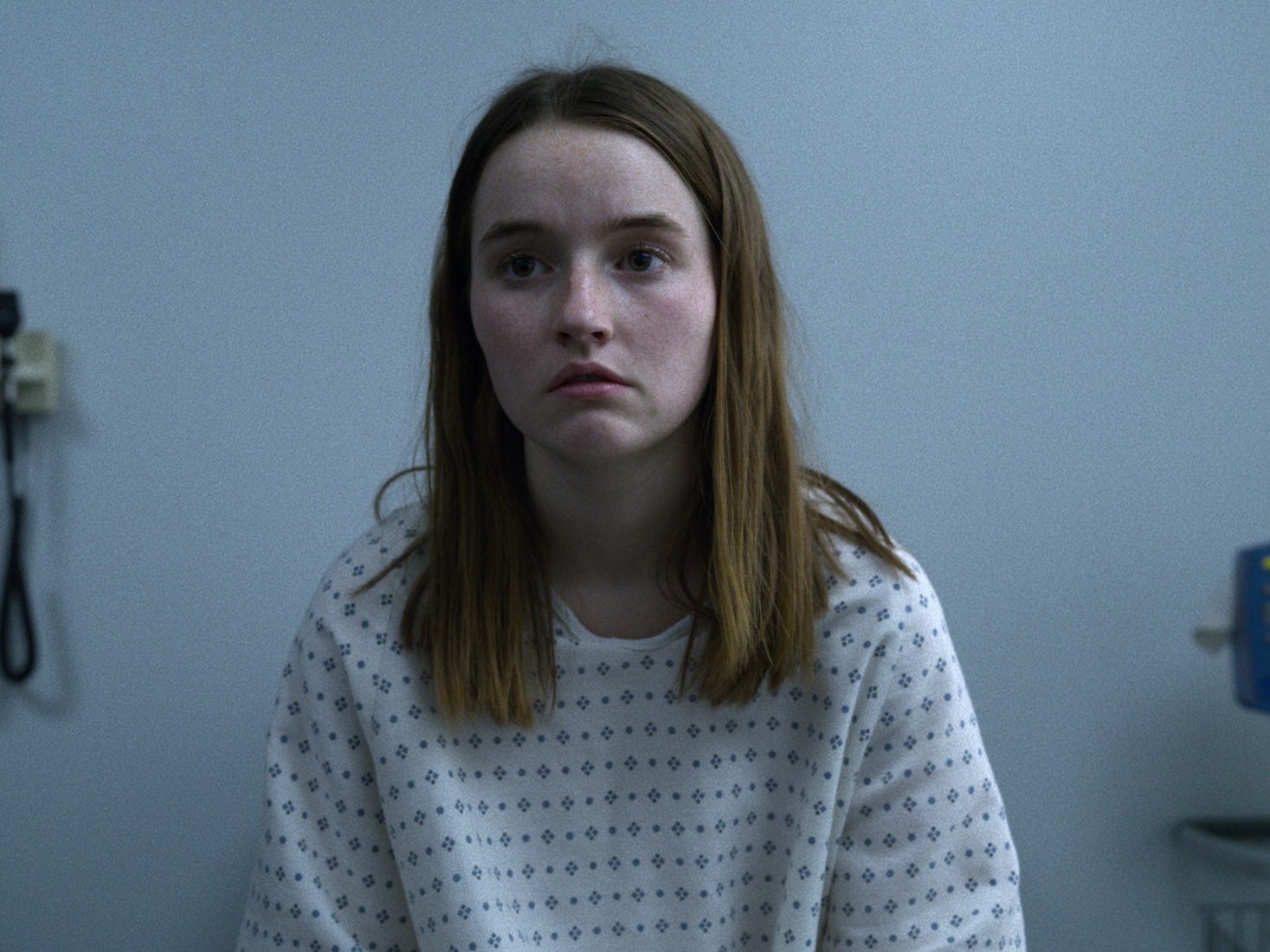 Synopsis: “When teenager Marie Adler files a police report claiming she’s been sexually assaulted by an intruder in her home, the investigating detectives, as well as the people closest to her, come to doubt the truth of her story.”

Why you should see it: “Unbelievable” is a Netflix original series based on the real reported events of a serial rapist investigation found in a Pulitzer-prize winning article published by ProPublica in 2015.

The show’s narrative begins with a deeply upsetting portrayal of assault, and then builds up to one of the most powerful and cathartic television finales made.

Where to watch it: Netflix

“What We Do in the Shadows” (FX on Hulu) 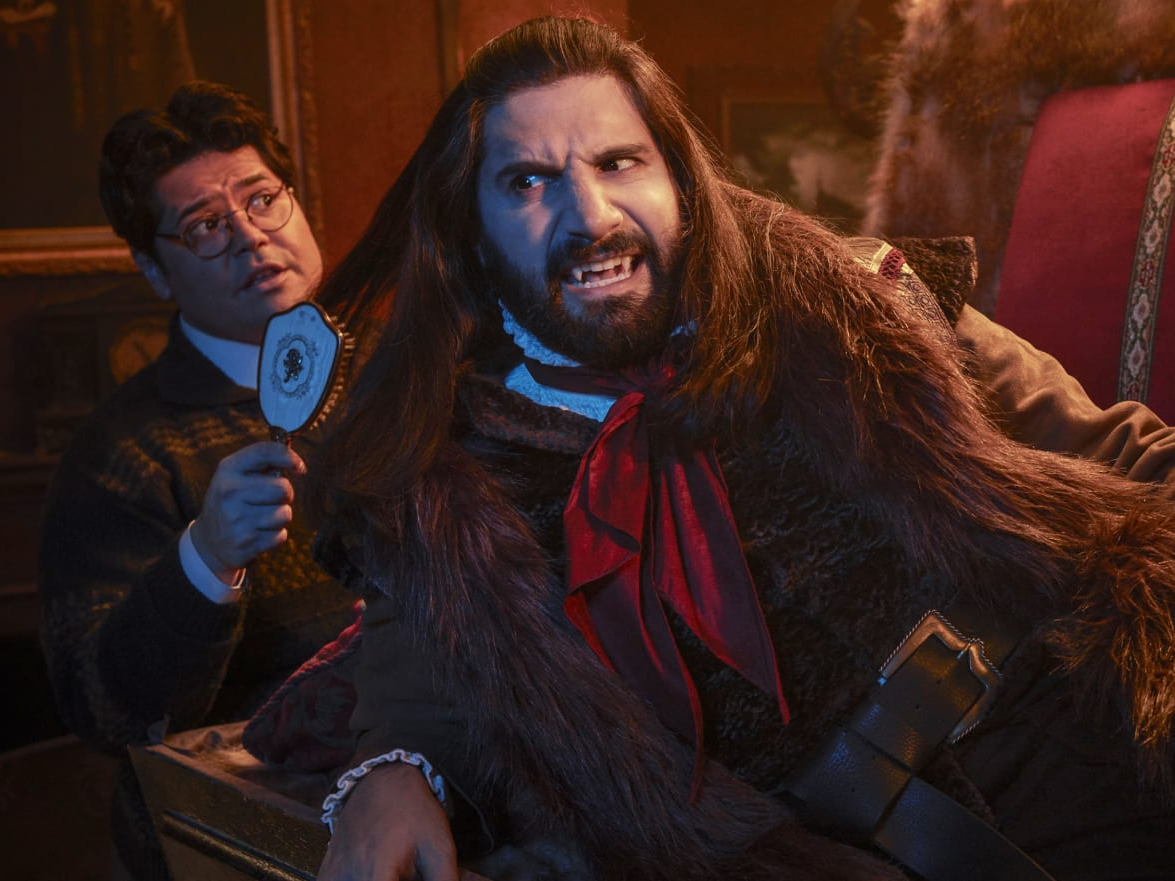 FXHarvey Guillen and Kayvan Novak costar in ‘What We Do in the Shadows.’

Synopsis: “‘What We Do in the Shadows’ [documents] the nightly exploits of vampire roommates Nandor, Nadja, Laszlo, and Colin Robinson as they navigate the modern world of Staten Island with the help of their human familiar, Guillermo.”

Why you should see it: This mockumentary-style series is hilarious, and unlike any other comedy on TV right now. The show is based on the 2014 movie by the same name (created by Jemaine Clement and Taika Waititi) and carries its same signature humour into new heights.

Where to watch it:
FX on Hulu 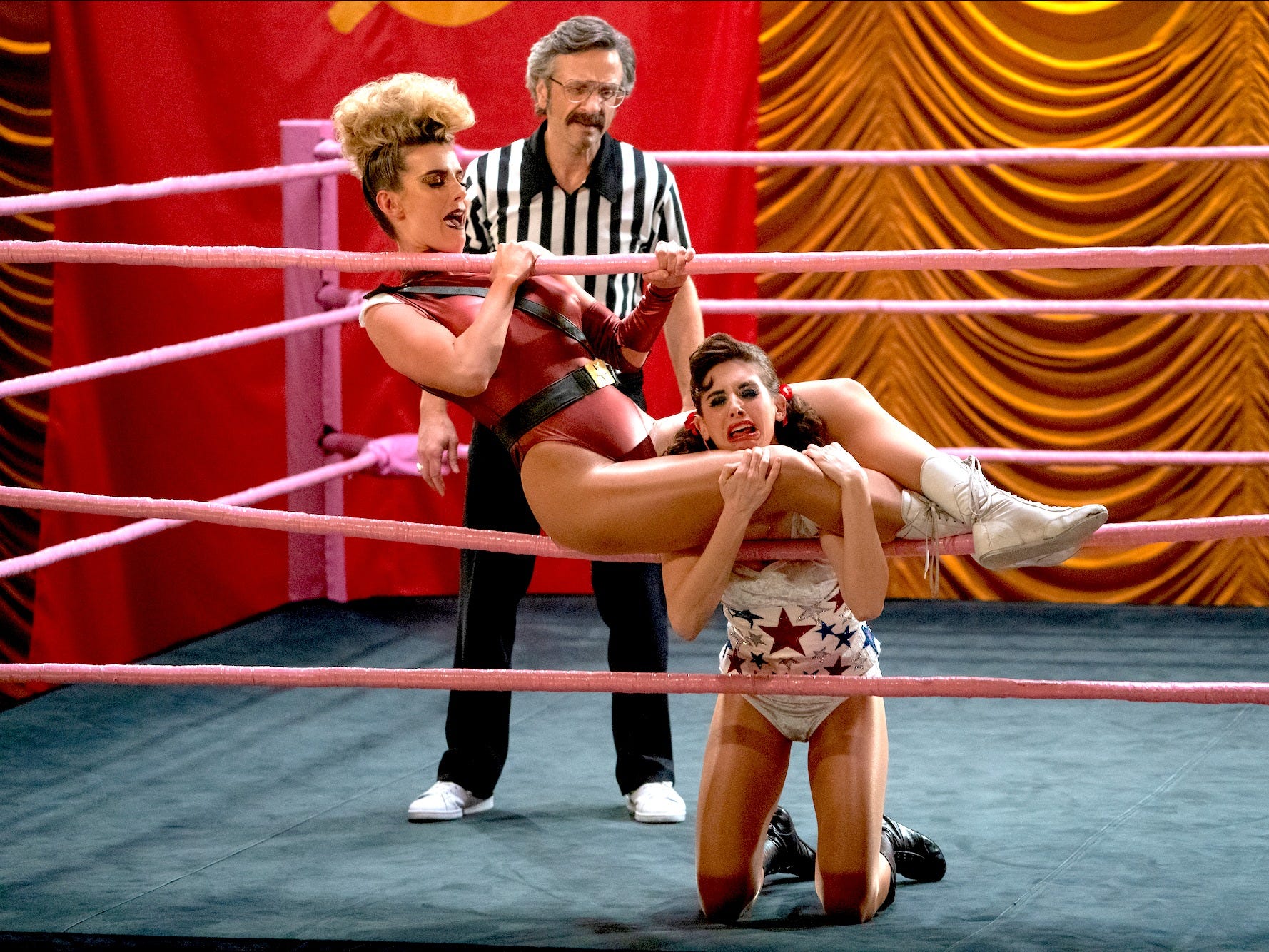 Synopsis: “Inspired by the short-lived but beloved show from the 80s, ‘Glow’ tells the fictional story of Ruth Wilder, an out-of-work, struggling actress in 1980s Los Angeles who finds one last chance for stardom when she’s thrust into the glitter and spandex world of women’s wrestling.”

Why you should see it: “Glow” is one of Netflix’s best and most underrated comedy originals. It’s the kind of show you’ll find yourself bingeing without meaning to, and you may even shed a tear or two over the more poignant storylines.

Where to watch it:
Netflix Why you should see it: Hilarious, subversive, and with an incredible rotating cast of characters, “A Black Lady Sketch Show” is packed with smart satirical sketch premises and never-ending laughs. It’s one of the best hidden gems on HBO right now. 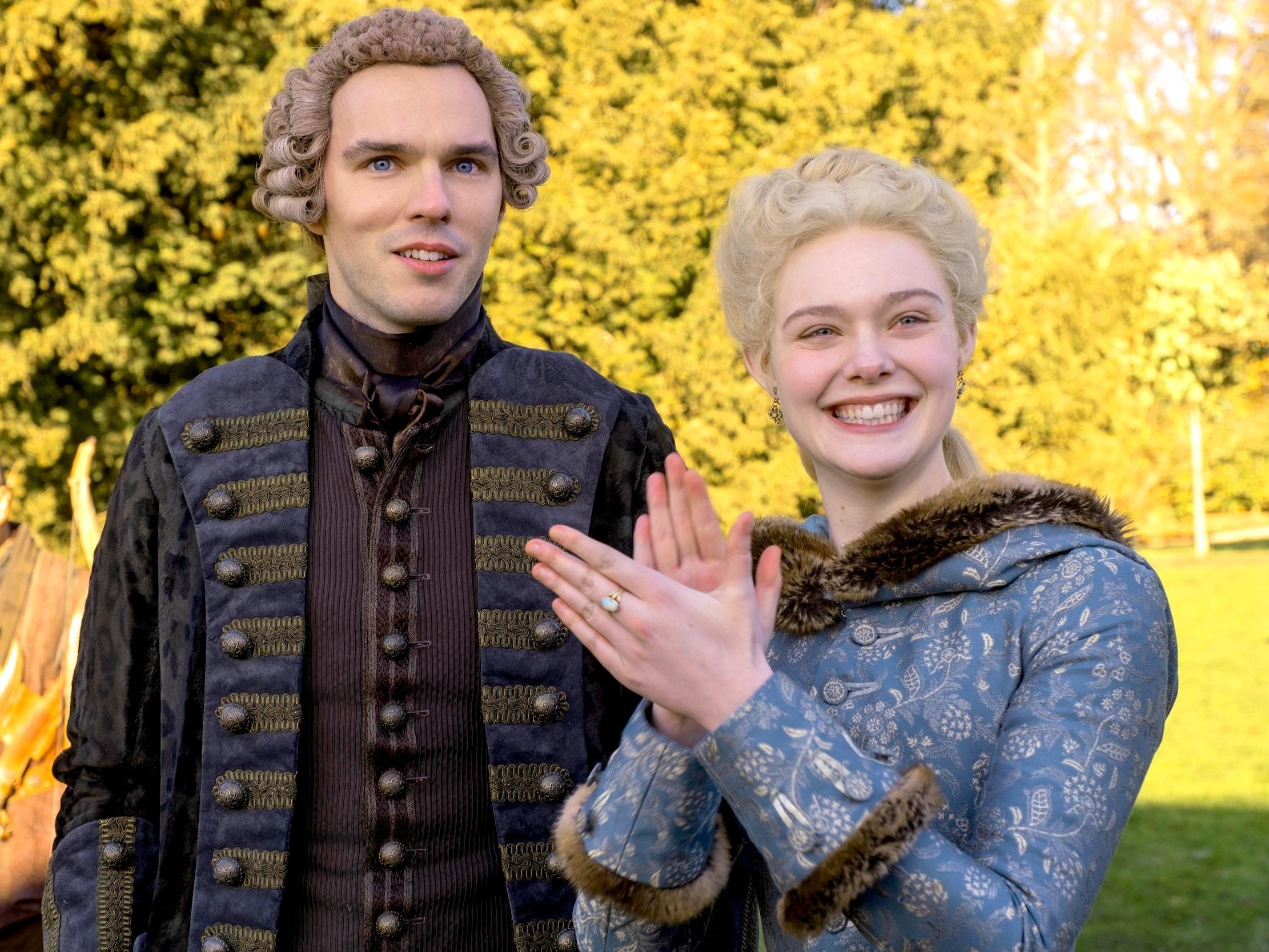 HuluNicholas Hoult and Elle Fanning costar in ‘The Great.’

Synopsis: “‘The Great’ is a satirical, comedic drama about the rise of Catherine the Great from outsider to the longest-reigning female ruler in Russia’s history.”

Why you should see it: If you enjoyed last year’s Oscar-winning comedy “The Favourite,” then you’ll also find yourself tickled by Hulu’s new series “The Great.” Both are irreverent history-based dark comedies co-written by Tony McNamara, and they both feature the delightfully chaotic energy of Nicholas Hoult. Synopsis: “Based on the New York Times bestselling memoir of the same name by Deborah Feldman, ‘Unorthodox’ is a story about a girl who rejects her radicalized upbringing and leaves to start a new life.”

Why you should see it: Like “Unbelievable,” this is one of Netflix’s best limited drama series. Intimate, thoughtful, and carefully balanced, “Unorthodox” will draw you in and leave you in awe of Shira Haas’ incredible performance.

Where to watch it:
Netflix Synopsis: “A young software engineer, Lily Chan, investigates the secretive development division of her employer, a cutting-edge tech company based in Silicon Valley, which she believes is behind the murder of her boyfriend.”

Why you should see it: “Devs” is a new show that any fan of sci-fi should be watching. Written and directed by Alex Garland (“Ex Machina,” “Annihilation”), the series does a great job with building tension episode by episode. What unfolds is a beautiful and mind-bending narrative centered on the philosophies of determinism and quantum mechanics.

Where to watch it:
FX on Hulu