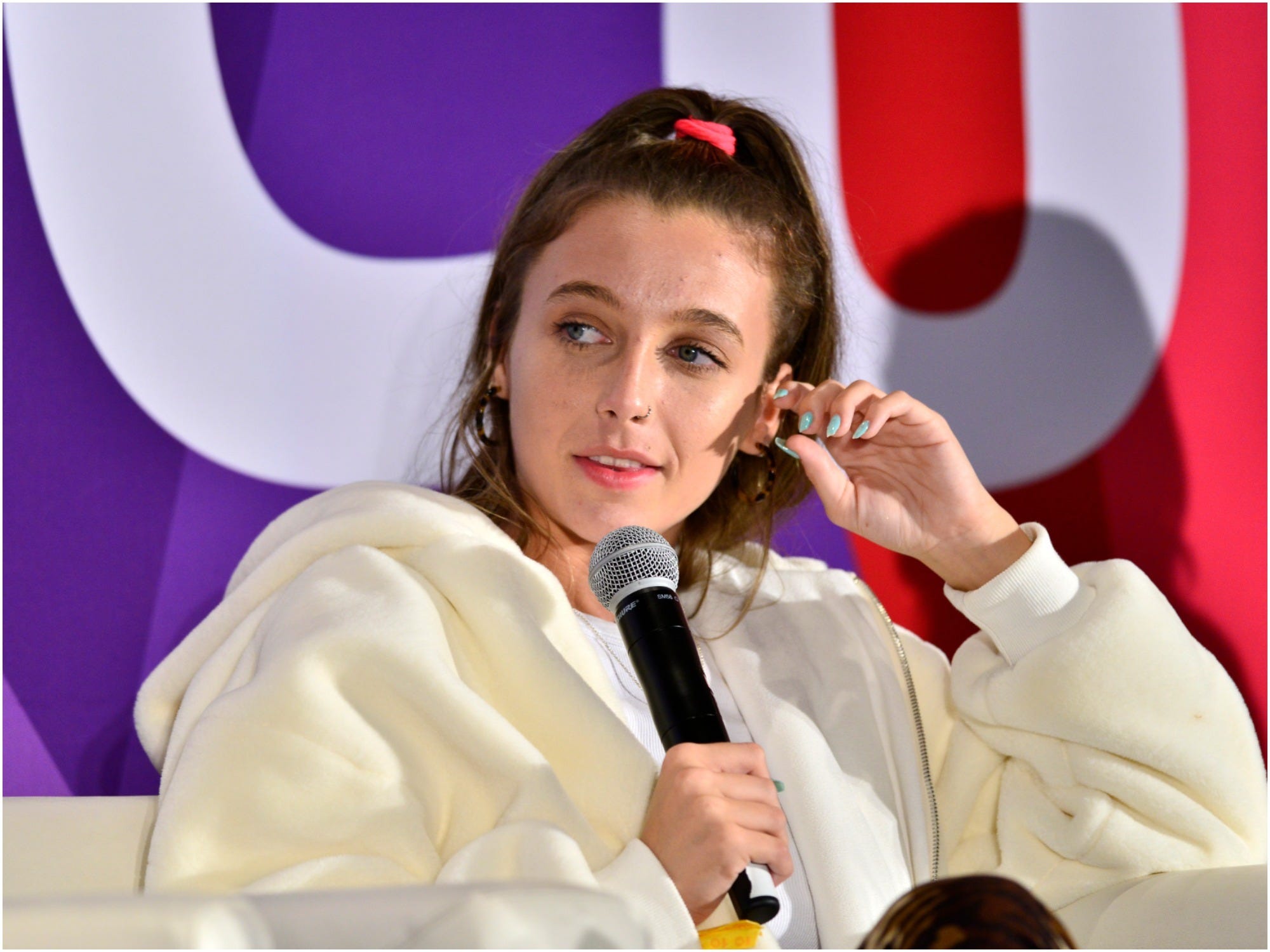 Emma Chamberlain apologised and deleted a photo that people said was racially insensitive. Her fans said they were disappointed and upset by the photo, where Chamberlain was pulling back her eyes, because it was reminiscent of how Asian people’s eyes are mocked.

“Y’all really defending Emma Chamberlain for posting a pic mocking Asian eyes?” tweeted another user called Joey. “Don’t tell Asian ppl if they should be offended or not and know the ‘aesthetic pose has been used to mock Asian eyes for years.”

Below are 3 recent photos of Emma Chamberlain taken minutes apart at a party. If and only if you are East / Central/ Southeast Asian please comment your personal thoughts and feelings on any of the photos, all other races please STFU for now: pic.twitter.com/dpeY3ejGms

TikTok user Nathalie Kitahara explained why the gesture, dubbed the “fox-eye trend” is so offensive to Asian people in a video back in May.

“It’s not as much the fox eye trend itself being offensive, it’s not about if Asians have naturally fox-shaped eyes, and it’s most definitely not about monolids because not all Asians have monolids,” she said. “It’s the gesture itself that we find offensive.”

She said non-Asian people have been pulling their eyes back for years to make fun of natural Asian eye shapes.

“And the reason why this bothers most of us is because this motion has been appropriated by white women to be trendy and a symbol of beauty,” she said, “when historically it’s been a symbol of oppression for us, and that’s not OK.”

Chamberlain apologised when she saw the backlash, saying it was never her intention to be hurtful.

“It’s come to my attention that some thought I was posing in an insensitive way in my recent Instagram post,” she tweeted. “That was NOT my intention at all and I’m so sorry to those who were hurt by it. I love and appreciate you all so much.”

An old video of Chamberlain’s also resurfaced recently, where she used a shade of foundation that was way too dark for her skin tone. Some have accused her of “blackface,” although others have stood up for her and given her the benefit of the doubt.

Chamberlain said she deleted the video as soon as she realised some might take offence.

“After this happened, I took steps to educate myself,” she wrote in a statement. “I have learned so much over the past few years and I am so grateful for that. Thank you guys for helping me learn. I would never EVER do something intentionally to disrespect anyone. I am learning and growing every day, and I TRULY apologise.”

‘I was naive, foolish, and arrogant’: Myka Stauffer apologised following backlash for placing her adopted son with a new family

Tana Mongeau responded to accusations of racism and ignorance in her past: ‘I am forever sorry for things I’ve said’