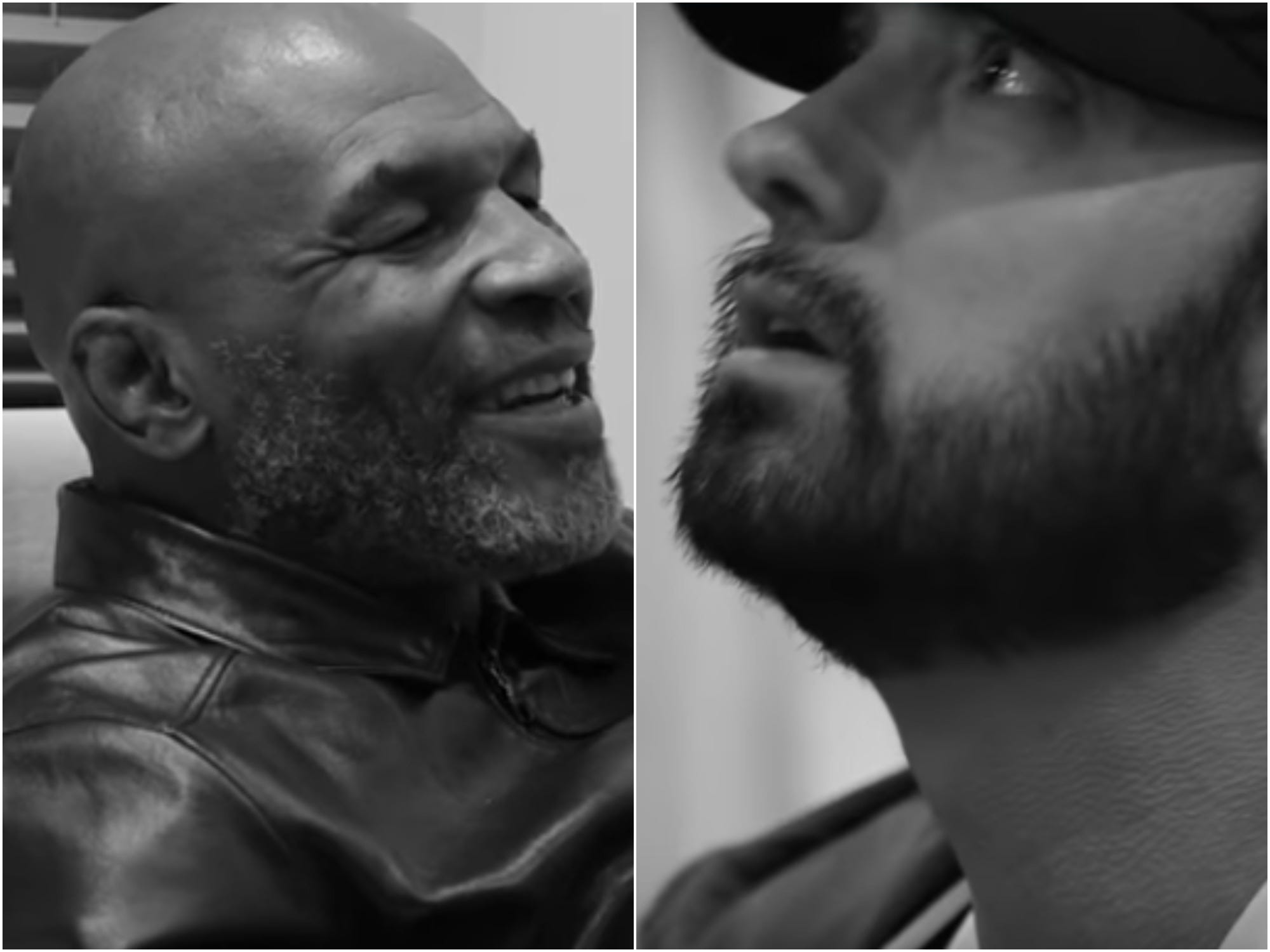 Photo by YouTube / Hotboxin’ with Mike TysonMike Tyson and Eminem.

Eminem almost had tears in his eyes on Mike Tyson’s podcast when he was said he always saw the heavyweight as a “God.”

On the “Hotboxin’ with Mike Tyson” podcast, Eminem said: “Yo, I’m so excited, man. If I start getting weird, just stop me.”

Known for being the youngest heavyweight champion aged 20, Tyson’s thumping victories over Trevor Berbick, Larry Holmes, and Michael Spinks stand the test of time. They are also wins which Eminem said he’s seen many times.

“I’m such a huge f—— huge fan,” Eminem told Tyson. “I can’t even … I feel like a kid again. This is crazy. I’ve seen pretty much every documentary, every fight – I’ve seen. Everything that’s available. I’m humbled.”

Later in the show, Eminem told Tyson about his early struggles in life, enduring poverty in Detroit “with nowhere to go,” before he got his big break working alongside Dr. Dre.

Teary-eyed, he then said: “I just gotta say, bro … you are like a God to me. Bro … you done so much in your life, that’s just so crazy to be the heavyweight champion at 20 years old.”

“I’m just saying, man, it takes a lot to be the champ,” Eminem said. “I remember seeing the first couple fights when I was younger when you were first starting to really pop. ‘Yo have you seen this guy Mike Tyson, he’s knocking mother-f—— out in like 10 seconds!’

“The first fight I saw was Trevor Berbick. You knocked him down three times with one punch! I was like, ‘What the f—?’ When you fight, somebody’s getting knocked out, it’s just a matter of what round.”

Tyson told Eminem that the secret to his success in boxing in the mid-1980s was coming from “humble beginnings.” He said: “To be the champ, I had to get beaten a couple times [in life].” 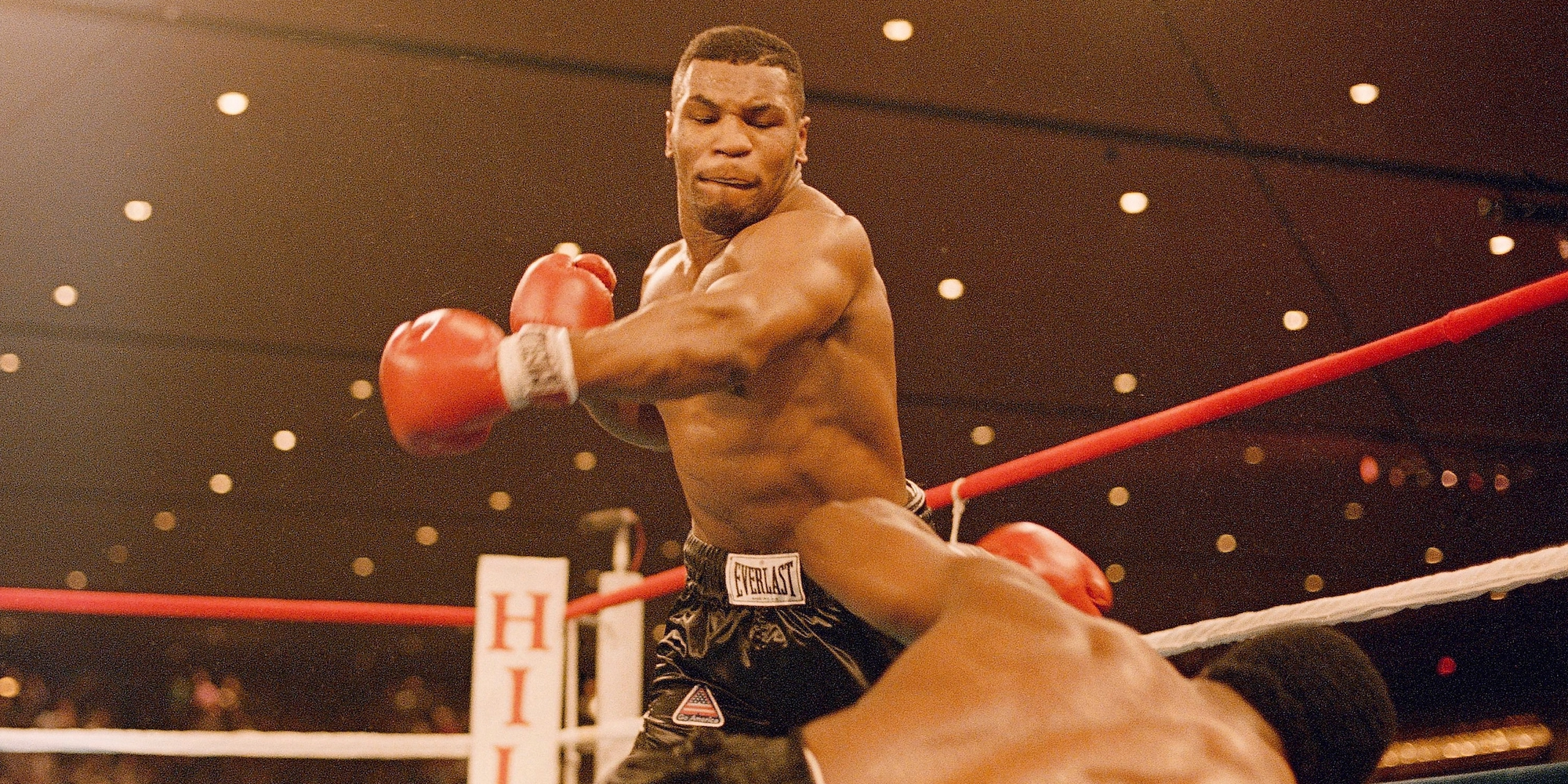 Photo by AP PhotoTyson knocked down Trevor Berbick in 1986.

Later, Tyson said there were moments in his career where he did feel like a deity. He said his mentor and early boxing coach, Cus D’Amato, who was an older, white, New Yorker, elevated his own self-belief as a young black man.

“He never told me I was a n—–, that I was never going to make it, and he always said I was superior to everybody,” Tyson said. “He never put doubt in my mind that I was f—– up, even though I believed that. In my mind, I was a demi-God.”

Tyson’s irregular show brings in guests from combat sports, comedy, and music, and is a platform where he speaks honestly about his idols, motivations, and emotions.

The 53-year-old recently said he looked forward to death because living is a “struggle,” and, while crying in another episode, he said he “sometimes feels like a b—-“ because he feels “empty” and misses being “an annihilator” in the ring.

Mike Tyson said he looks forward to death because living is a ‘struggle,’ and takes more courage than dying