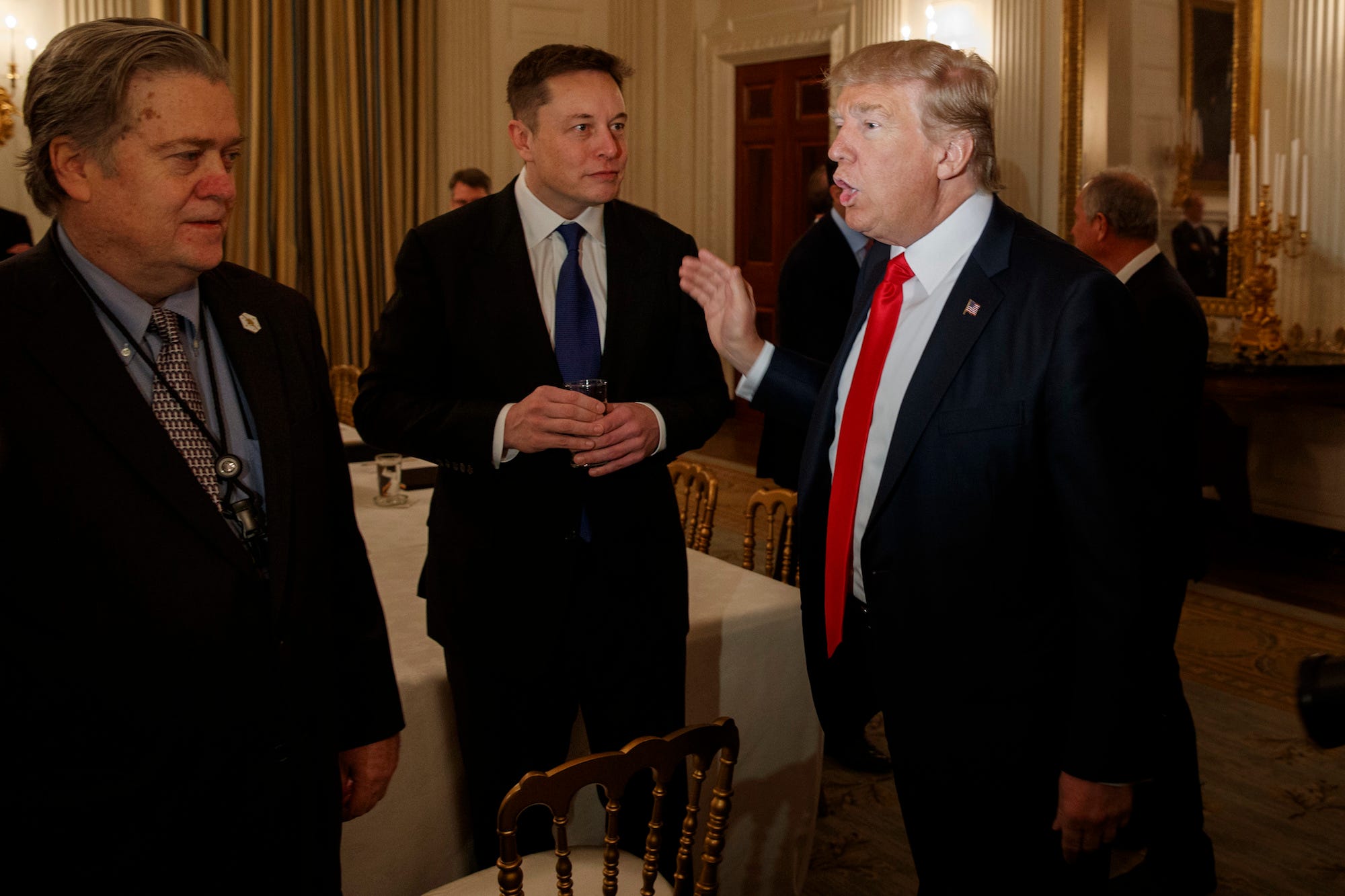 Elon Musk said in an interview published Monday that there’s a “limit” to President Donald Trump’s support for electric vehicles because his campaign is largely supported by oil and gas interests.

“I have spoken with the president on sustainable energy many times,” said Musk during an interview with The New York Times’ Kara Swisher on her podcast, Sway. “He’s been as supportive as he can be on the electric car front, recognising that a massive portion of the Republican support has come from oil and gas.”

Trump received $US1,231,110 in campaign contributions from oil and gas interests in 2016, and $US1,642,808 in 2020, according to data from OpenSecrets, a division of the Centre for Responsive Politics. Of the $US50 million that the oil and gas industry has donated to federal candidates ahead of the 2020 election, 90% has gone to Republican candidates, according to a report from OpenSecrets.

“If you’re a politician and you want to win and you’ve got a big part of your support from oil and gas, there’s a limit to how far you are going to push that situation,” Musk said.

But while Trump’s support for Tesla has a ceiling, his enthusiasm for Musk’s other venture, SpaceX, is substantial, according to Musk.

“President Trump is for sure supportive on the space exploration side,” Musk told Swisher. In May, President Trump watched SpaceX launch its first manned mission, calling Musk, “someone who truly embodies the American ethos.”

Since 2016, President Trump and Elon Musk have had a complicated relationship. Musk previously served on two of President Trump’s advisory councils. When he joined the councils in 2016, Musk said that he would advocate for environmental sustainability. But after Trump announced he would withdraw the US from the Paris Climate Accord in 2017,Musk decided to leave, commenting, “Leaving Paris not good for America or the world.”

Am departing presidential councils. Climate change is real. Leaving Paris is not good for America or the world.

Meanwhile, in January, Trump called Musk “one of our great geniuses,” and praised his rocket-building efforts during a CNBC interview. And in May, Trump sided with Musk in his battle to reopen his Fremont, California factory in defiance of Alameda county’s COVID-19 shelter-in-place order.

While Trump has often praised Musk, the tech mogul is less forward about his opinion on the president. When asked if he liked President Trump, or would vote for him in the upcoming election, Musk demurred, “Let’s just see how the debates go.”