Elon Musk: 'SpaceX is building floating, superheavy-class spaceports' for its Starship rocket to reach the moon, Mars, and fly passengers around Earth 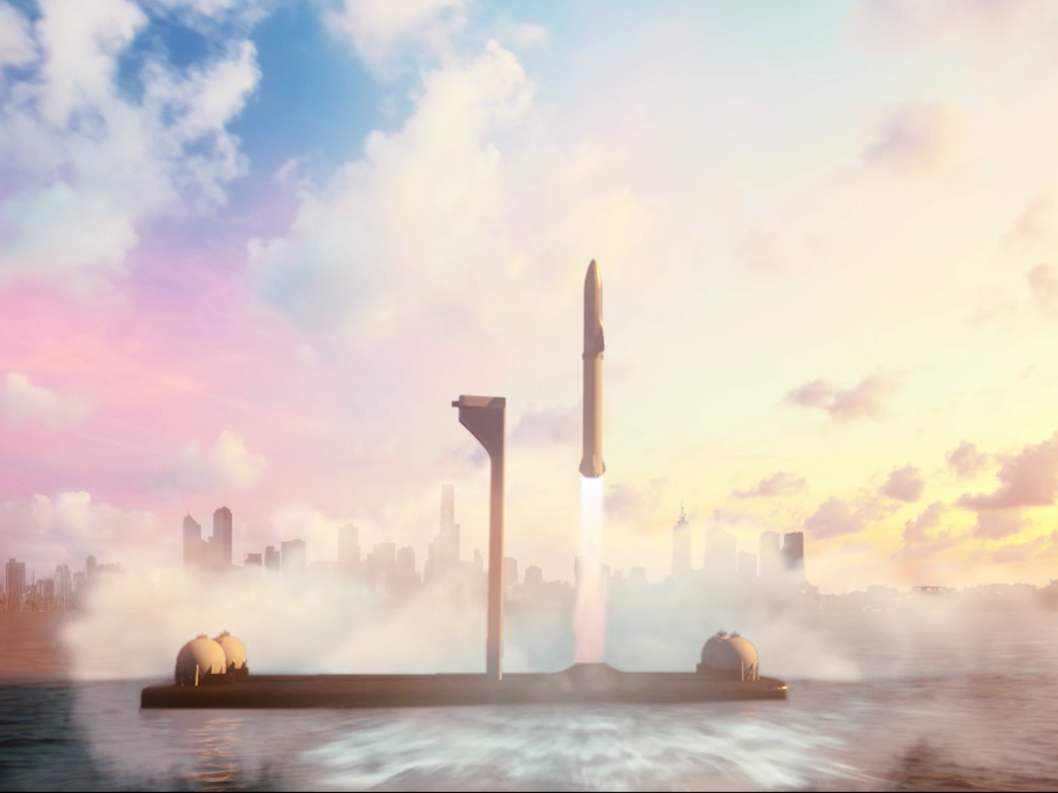 It’s no secret that SpaceX, founded by Elon Musk in 2002, wants to launch and land its next-generation Starship rocket system over water.

One of the first detailed mentions of the plan emerged during an October 2017 talk Musk gave, in which he updated the world on SpaceX’s plans to build cities on Mars and populate them with a million people or more.

During the presentation, Musk shared a video of Starship (then called the Big F—ing Rocket) rocketing passengers from an ocean platform near New York City, then landing them 39 minutes later on a similar floating spaceport near Shanghai. Musk called the high-speed transportation concept “Earth to Earth.”

However, plans to actually build ocean launch platforms seemingly lacked teeth for years. That is, until this week: when the aerospace company posted twojobs for engineers who will help “design and build an operational offshore rocket launch facility.”

Neither posting mentions “Starship,” but both are located in Brownsville, Texas. The city sits about 30 minutes west of the state’s southeastern tip, which is where SpaceX is building and testing Starship rocket prototypes (sometimes to explosive effect) amid a community of retiree-age homeowners called Boca Chica Village.

Business Insider first saw the job listings in a tweet by user “Cowboy” Dan Paasch, who lives in Forth Worth and follows SpaceX’s activities. Musk later quoted a tweet by another user about the job postings.

Musk: Starship ‘not subtle’ when it launches or lands, necessitating a floating spaceport 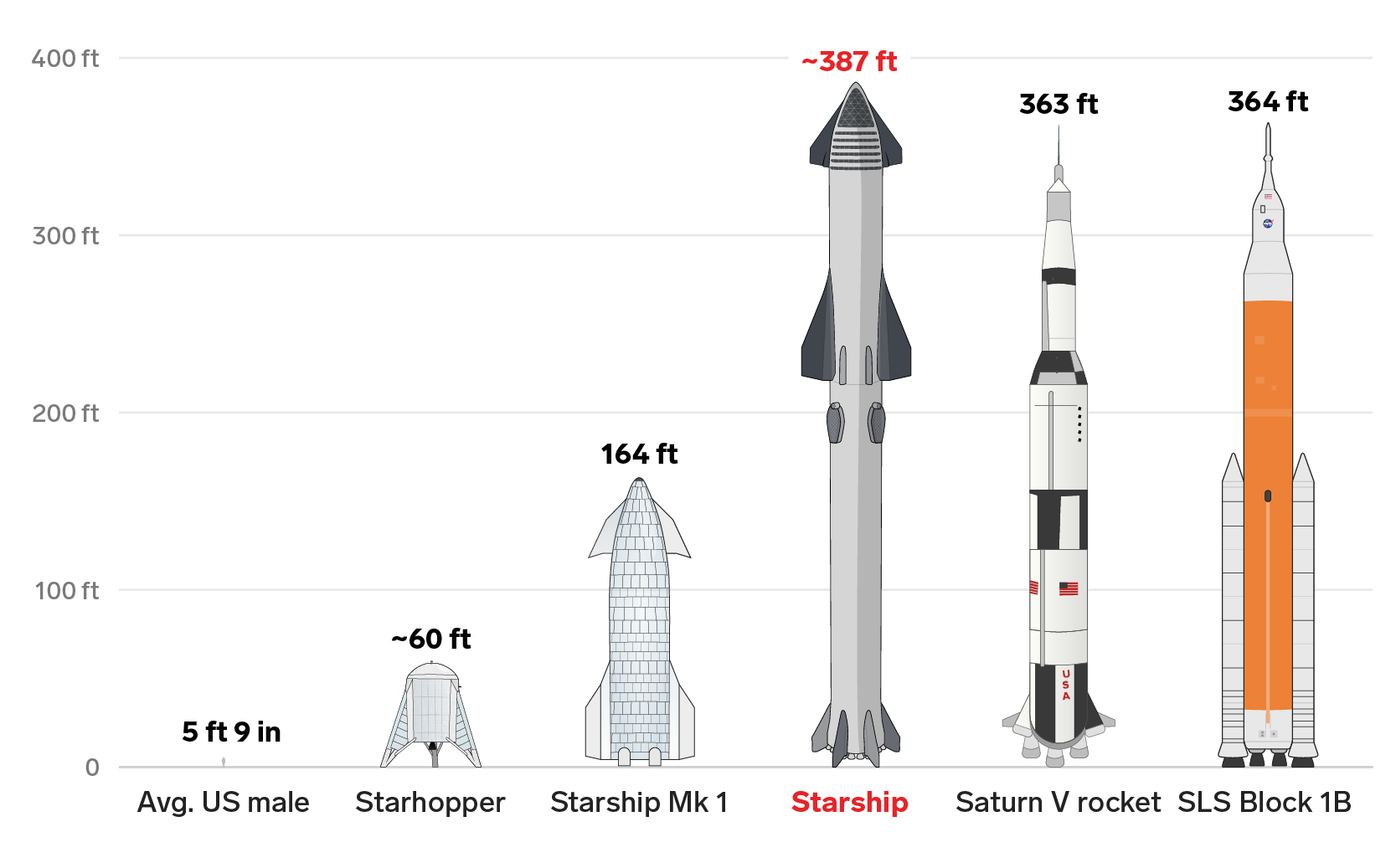 The concept of ocean-platform launches is not new. A company called Sea Launch, for example, first launched an orbital-class Zenit rocket from a platform in the middle of the Atlantic Ocean in March 1999. (The company used to be managed by Boeing but is now owned by a Russian airline.)

Though SpaceX lacks operational experience launching rockets from ocean platforms, it has landed more than four dozen first-stage rocket boosters – the most expensive part of a launch system, given the numerous complex engines attached to their base – and landing them on drone ships. The boosters are then refurbished and reused, saving SpaceX millions of dollars per use and allowing the company to be price-competitive.

When a Twitter user brought up Sea Launch and its Zenit rocket, Musk responded: “Zenit is an order of magnitude smaller than Starship system & doesn’t come back & land.”

Now it seems SpaceX is ready to make the leap, with safety as a driving factor.

Homeowners who attended a private meeting with Musk in September 2019 told Business Insider that the entrepreneur described long-term plans to move away from land-based launchpads and instead use offshore platforms near Boca Chica Beach to fly Starship with less risk to the ground.

Starship is divided into two sections: the first-stage Super Heavy booster, which may stand about 22 stories tall, and the upper-stage rocket ship called Starship, which Musk said could ferry up to 100 people to Mars at a time (though presumably more in an Earth transportation design). 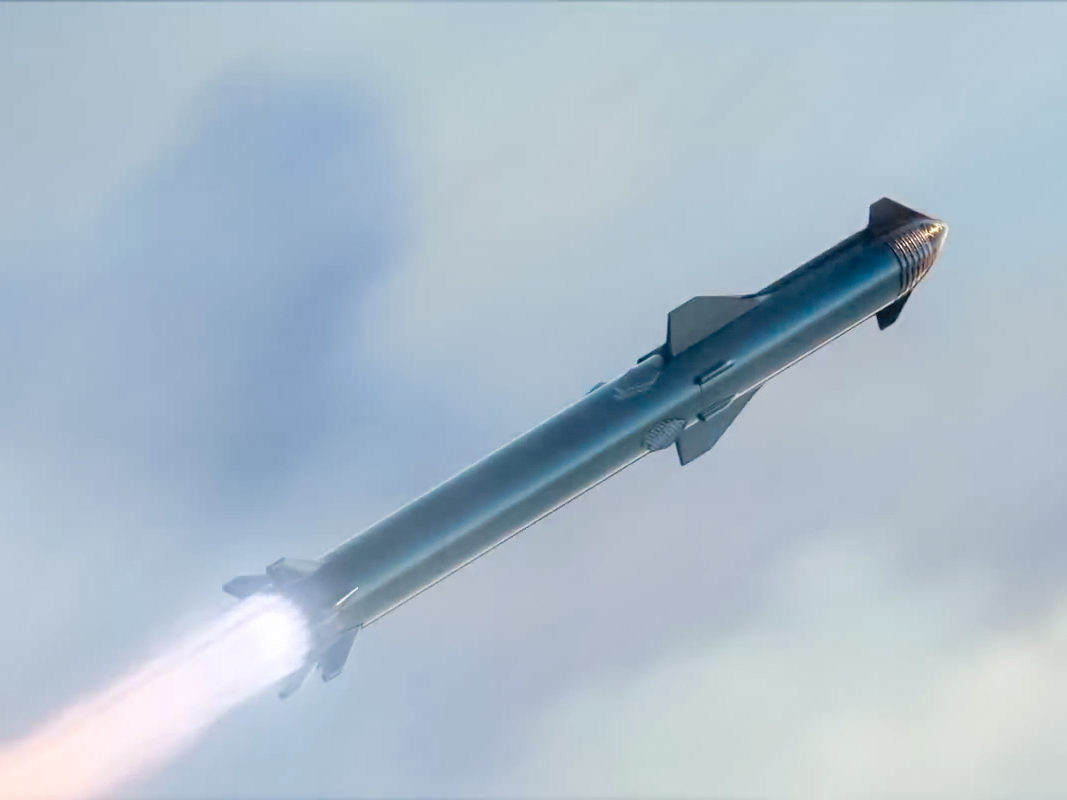 A fully stacked Starship-Super Heavy vehicle could weigh more than 9 million pounds, mostly in fuel, and each section returning to Earth would create deafening sonic booms, perhaps three times per day per rocket, or 1,000 launches per year.

“We need to be far enough away so as not to bother heavily populated areas. The launch & landing are not subtle. But you could get within a few miles of the spaceport in a boat,” Musk tweeted on Tuesday, adding that a jet-powered Incat ship may be suitable for land-to-platform transportation.

A crash program to develop Starship in South Texas 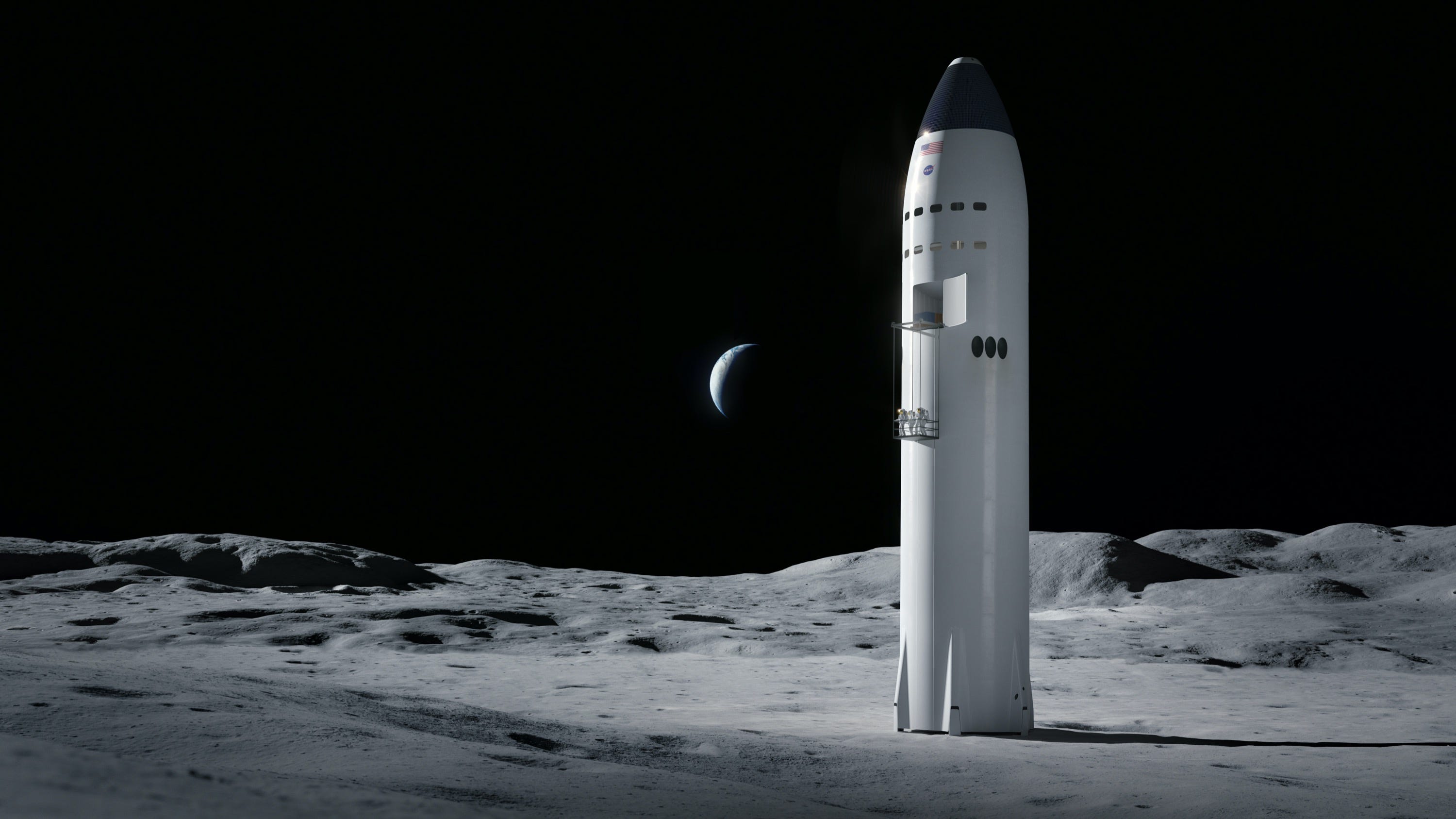 SpaceXAn artist’s concept of SpaceX’s Starship spaceship on the surface of the moon.

SpaceX is currently in the midst of a crash program to develop Starship into a safe and fully reusable launch system.

If it works as Musk envisions, the system could launch several times a day – unheard of in this history of spaceflight – and reduce the cost-per-pound to launch something to space by 1,000-fold or more.

To that end, Musk has told his staff to make Starship “the top SpaceX priority” and has enlisted about 1,000 staff to work on a production facility for the vehicle in Boca Chica – what the CEO sees as the key to making a viable, low-cost system. The company expects the vehicles to fail during tests at its private spaceport, and they often do, but Musk thinks SpaceX may be ready to fly to orbit by the 20th version or so.

SpaceX also recently won a NASA contract to develop Starship into a lunar-landing vehicle. The company also aims to fly Japanese fashion billionaire Yusaku Maezawa around the moon in 2023, then fly the first people to Mars in 2024, Musk reconfirmed in a June 4 tweet.

Amid that work, SpaceX is hoping to get its high-speed Earth transportation system up and running. The ultimate goal with the scheme may be to replace gruelling long-haul aeroplane flights – perhaps to the tune of 1 million to 15 million per day – Caryn Schenewerk, the senior legal counsel for SpaceX, said in January at the Federal Aviation Administration’s (FAA) 23rd annual Commercial Space Transportation Conference.

“There will be many test flights before commercial passengers are carried,” Musk tweeted on Tuesday. “First Earth to Earth test flights might be in 2 or 3 years.”